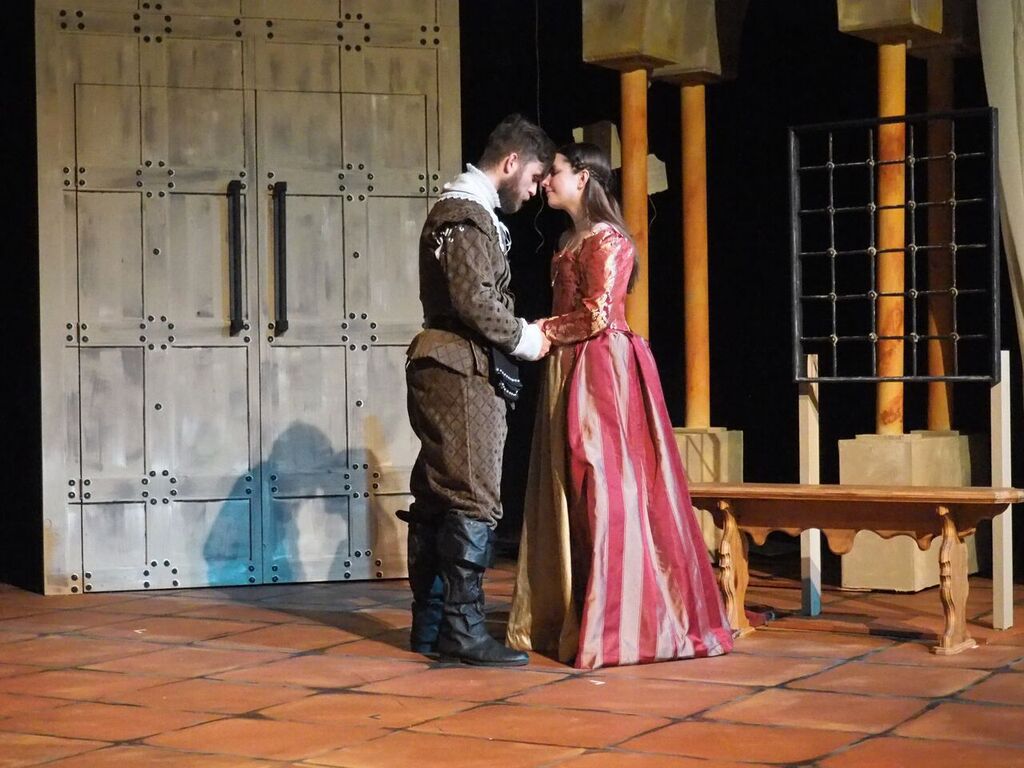 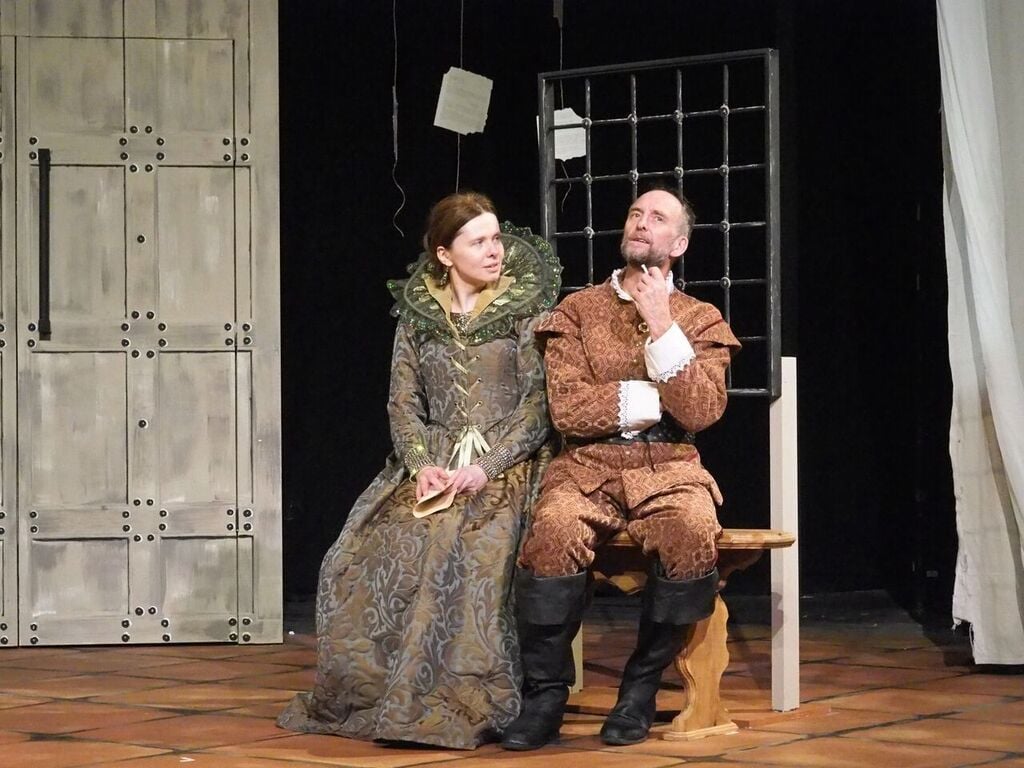 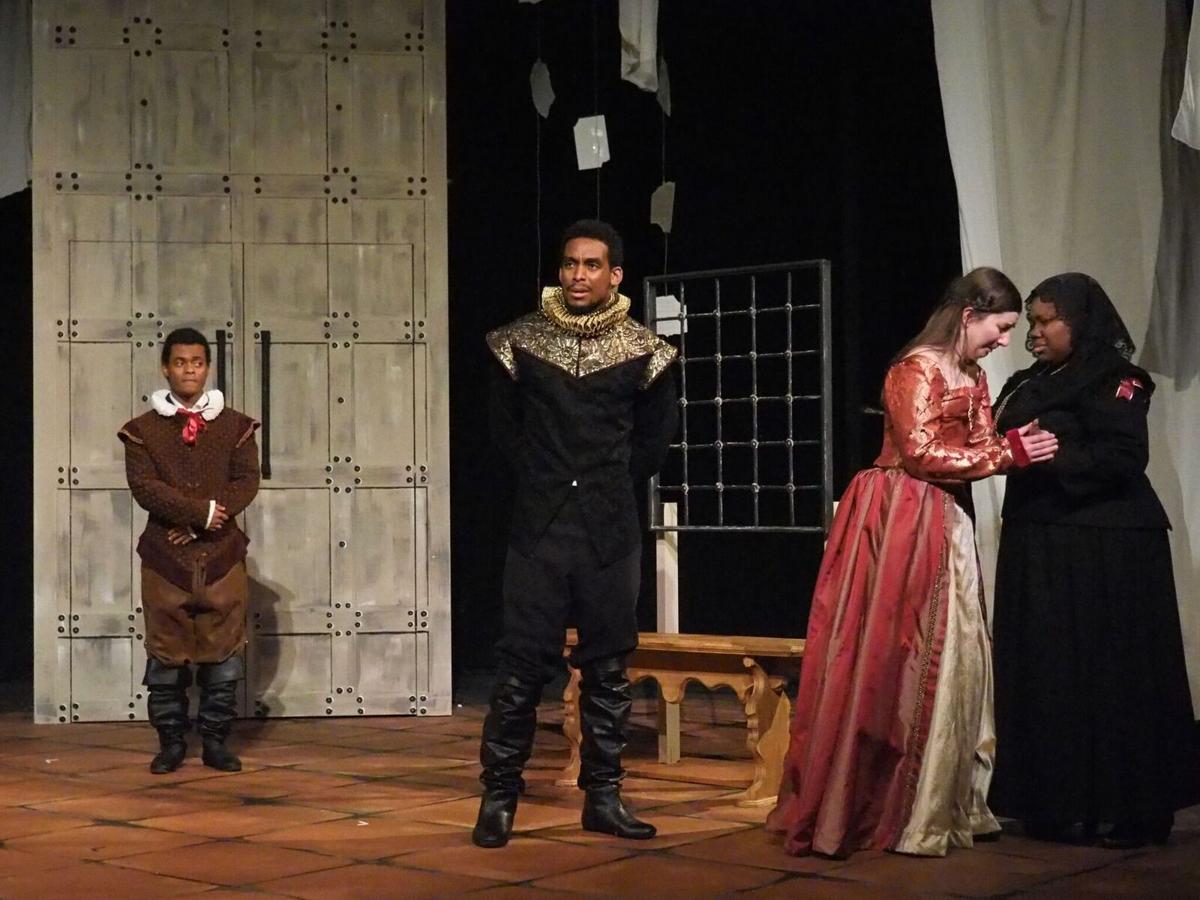 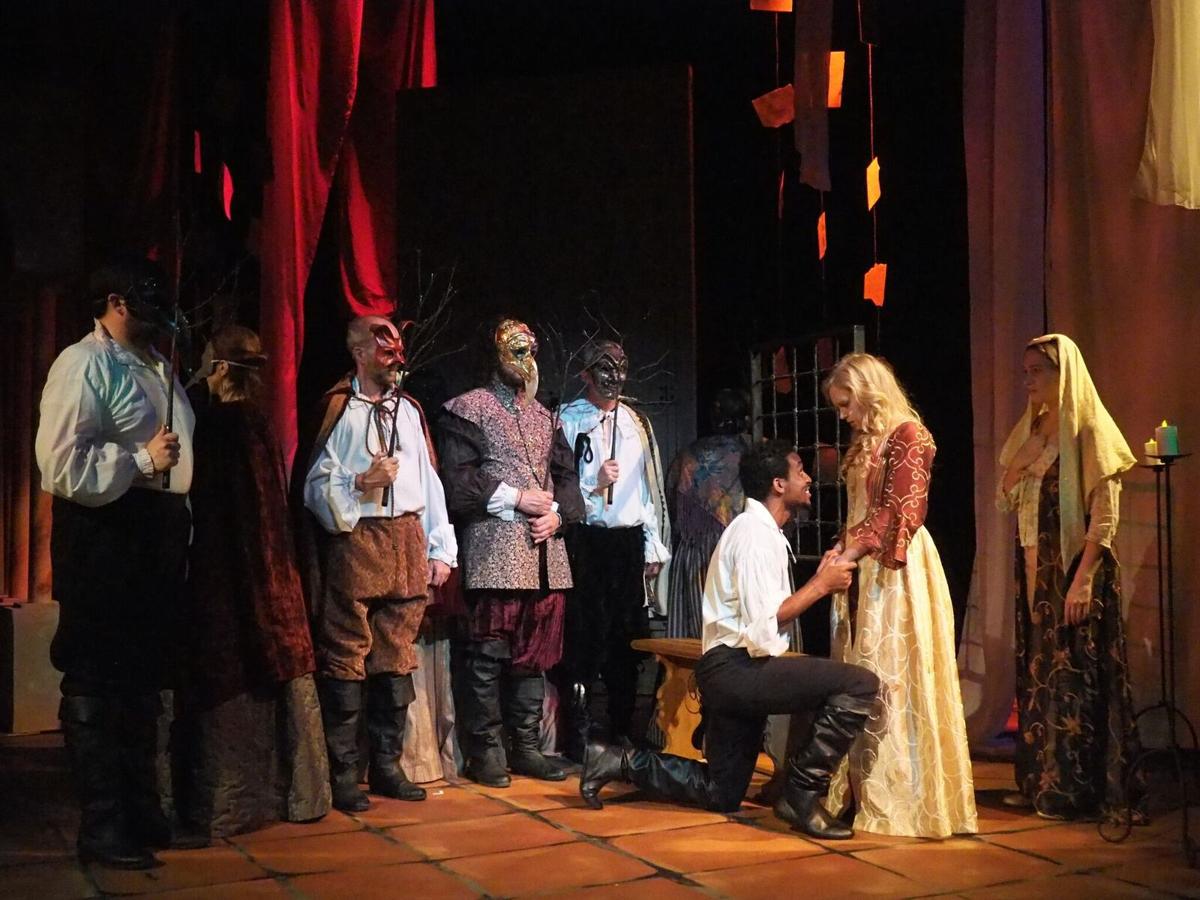 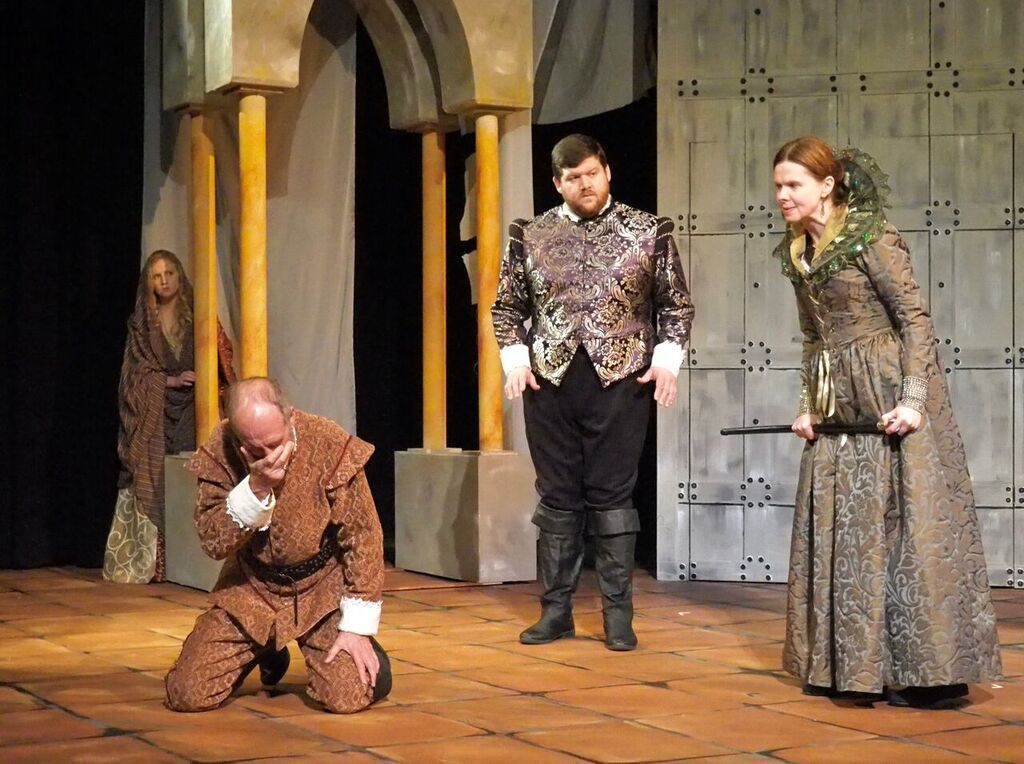 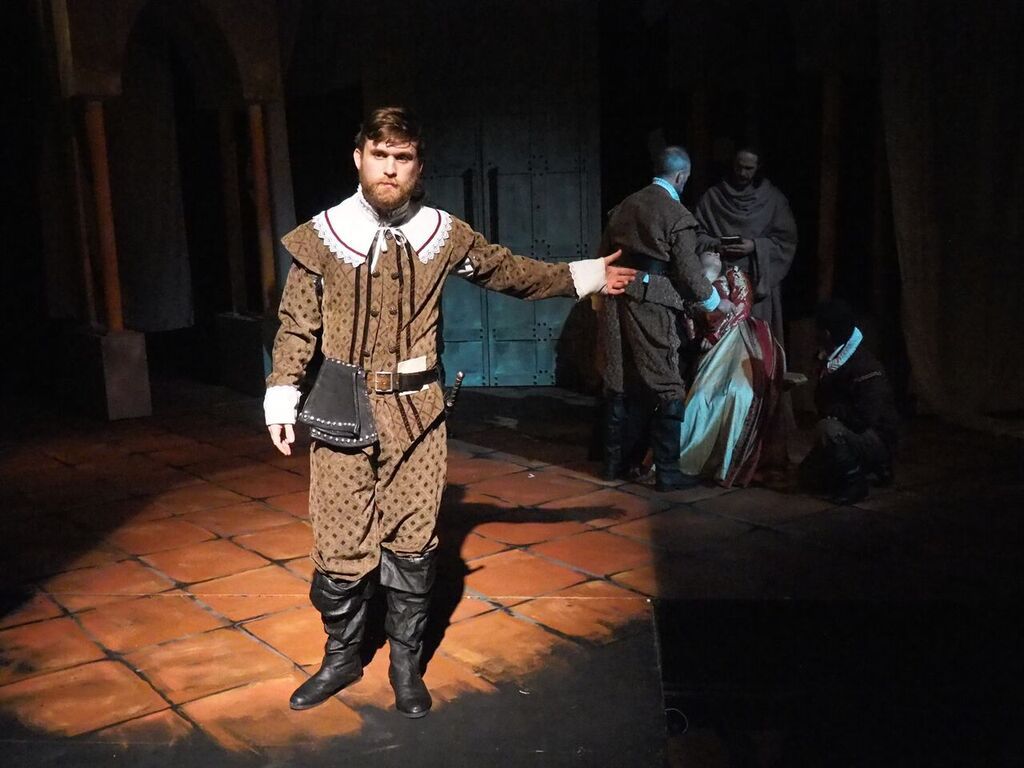 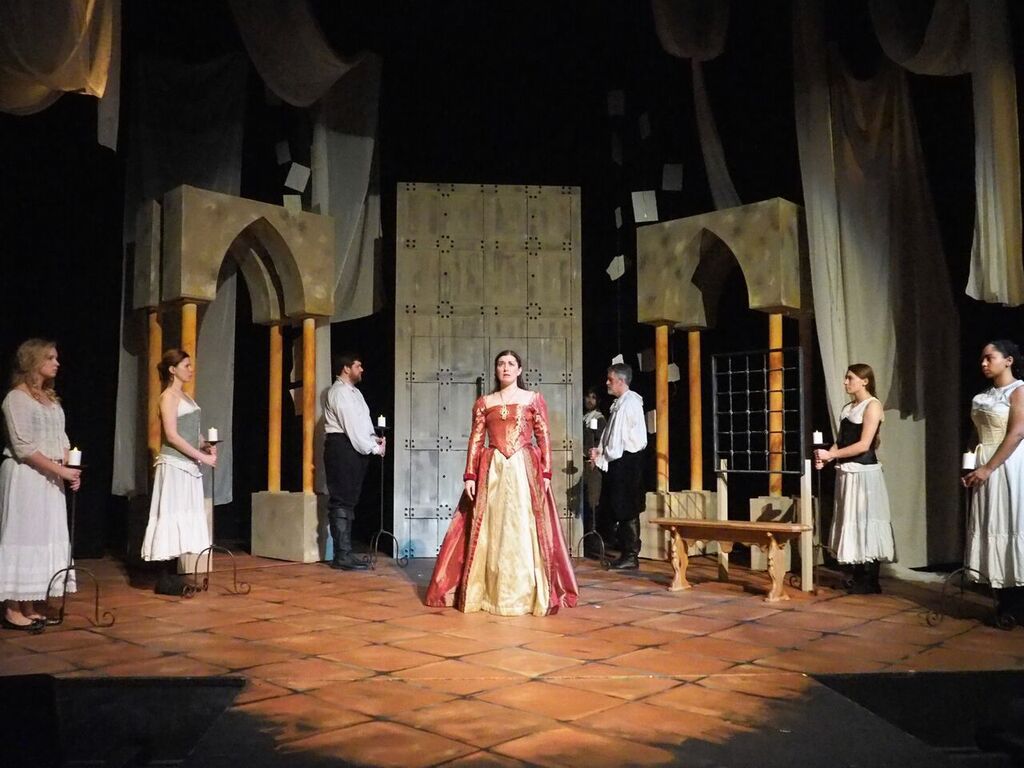 Story: Known for his equestrian skills, Cardenio is summoned to the royal court in 16th century Spain by Duke Ricardo of Aguilar to be a positive influence on the duke’s wayward younger son, Fernando. Cardenio, by the way, is very much in love with Luscinda, daughter of Don Bernardo.

The reckless Fernando has seduced Dorotea, daughter of a wealthy farmer in the region, with the promise of marriage. When he sees Luscinda with Cardenio, however, he is obsessed with pursuing her for his own, despite the fact that she is engaged to Cardenio.

Don Bernardo, pleased that a wealthy prince desires his daughter, grants his approval to Fernando to wed Luscinda while Cardenio is out of town. The unhappy Luscinda gets word to her true love about what is happening. He returns too late and, when he sees Luscinda and Bernardo at the altar, leaves in a rage fleeing to the mountains.

Dorotea, who is now in disguise as a boy and living in the hills, discovers Cardenio disoriented in the wilderness. They learn that Luscinda has escaped Bernardo after fainting at the altar and now is hiding in an abbey. Bernardo enlists the aid of his brother Pedro to abduct Luscinda and force her to marry him, but his plan is thwarted by Dorotea and Cardenio. Bernardo then realizes his mistakes and reunites with Dorotea, as does Cardenio with Luscinda.

Highlights: This “lost” play attributed in part to William Shakespeare is currently being given its regional premiere by St. Louis Shakespeare.

Other Info: Cardenio has a long and colorful history. Based on a character in an episode in Miguel de Cervantes’ novel, Don Quixote, Cardenio is believed to have been written by Shakespeare and his occasional collaborator, John Fletcher. There is a reference at the Bodleian Library in Oxford to a Shakespeare play titled Cardenna that was performed in 1612, and a later edition in Court records references performances of Cardenno in 1613.

In 1653 publisher Humphrey Moseley registered The History of Cardenio by Fletcher and Shakespeare. Gregory Doran, artistic director of the Royal Shakespeare Company, researched the history of Cardenio, which included a play called The Double Falsehood that was produced by Shakespearean editor Lewis Theobald in 1727.

Doran’s re-imagined version of Cardenio, which the Royal Shakespeare Company premiered in 2011, has been produced in just three American cities, according to St. Louis Shakespeare, the local troupe which has performed all of the plays in The Bard’s canon since its inception in 1984.

Founder and former artistic director Donna Northcott directs a cast of 13 eager performers who are committed to rendering their interpretation of this cobbled script, with varying degrees of success. The two-act work is performed on Matthew Stuckel’s curious scenic design, which includes a half dozen strings with papers attached hanging in the background, with a pair of movable archways and a large double door at the center for key entrances and exits.

Robin Weatherall’s sound design fills the space with pleasant, madrigal-style music, while costume designer Michele Friedman Siler dresses everyone in the regal style of the day. Madeline Schneider lights the stage effectively and properties designer Amanda Handle enhances the set with her contributions.

Northcott presents the work in true ensemble fashion and, with the exception of an ill-advised decision to have much of the cast cavort as sheep in some scenes in Act II, moves the story along well enough.

The level of acting covers a broad spectrum, with Colin Nichols and Kevin O’Brien doing the best work in their roles of Don Bernardo and Pedro, respectively. Nichols captures the lyrical rhythm of the language best of all, while O’Brien infectiously depicts Pedro’s genial personality throughout the presentation.

St. Louis Shakespeare has remained vibrant for 33 years by blending traditional and novel interpretations of well-known works by The Bard with newer ones added to his canon, along with well-crafted plays by other writers through the centuries. Cardenio, in a rare performance by an American troupe, joins that impressive roster.