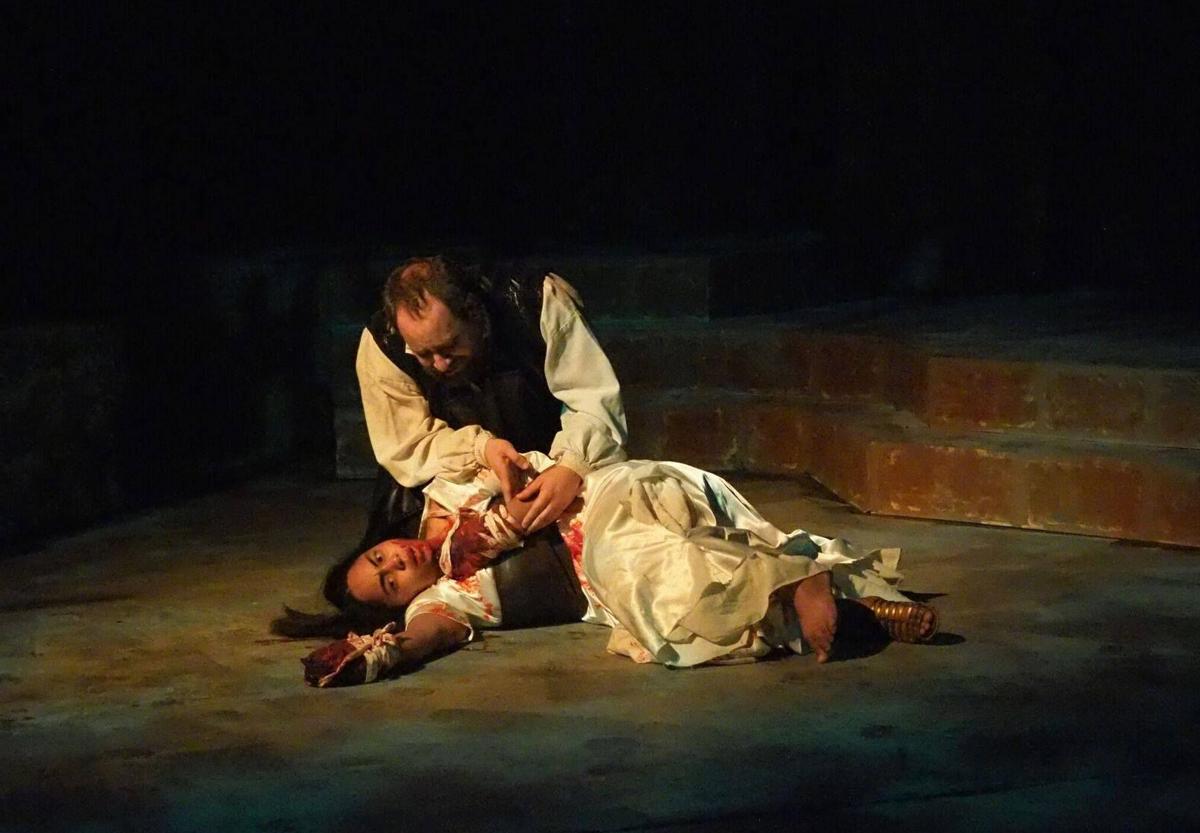 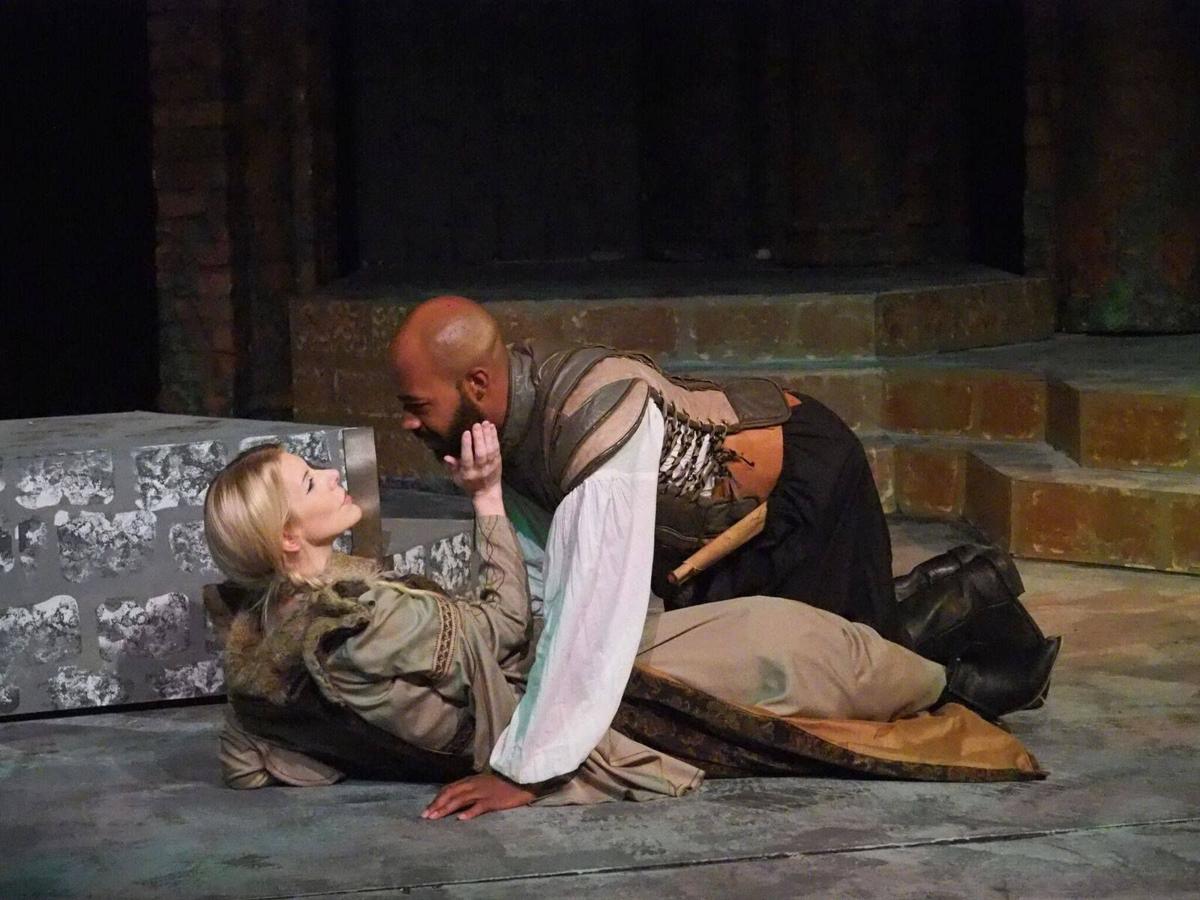 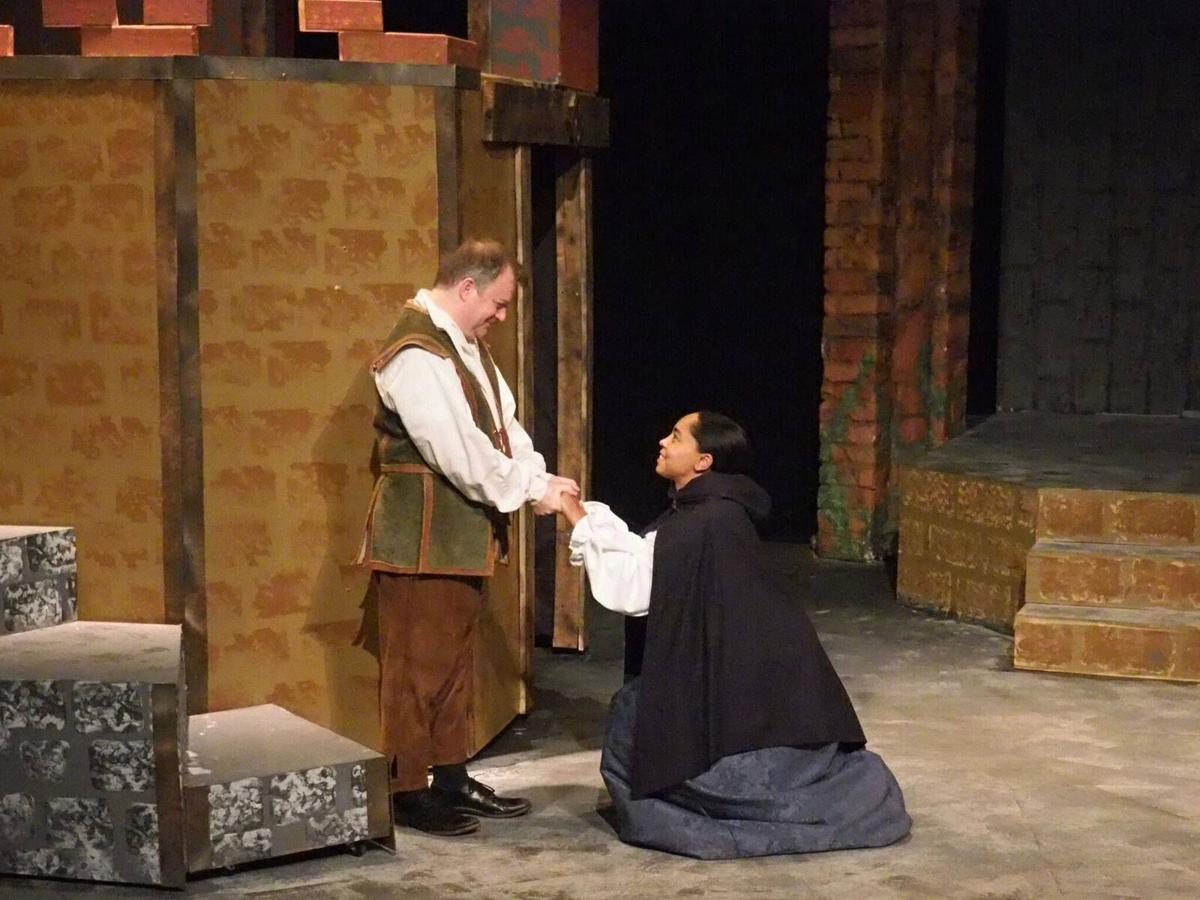 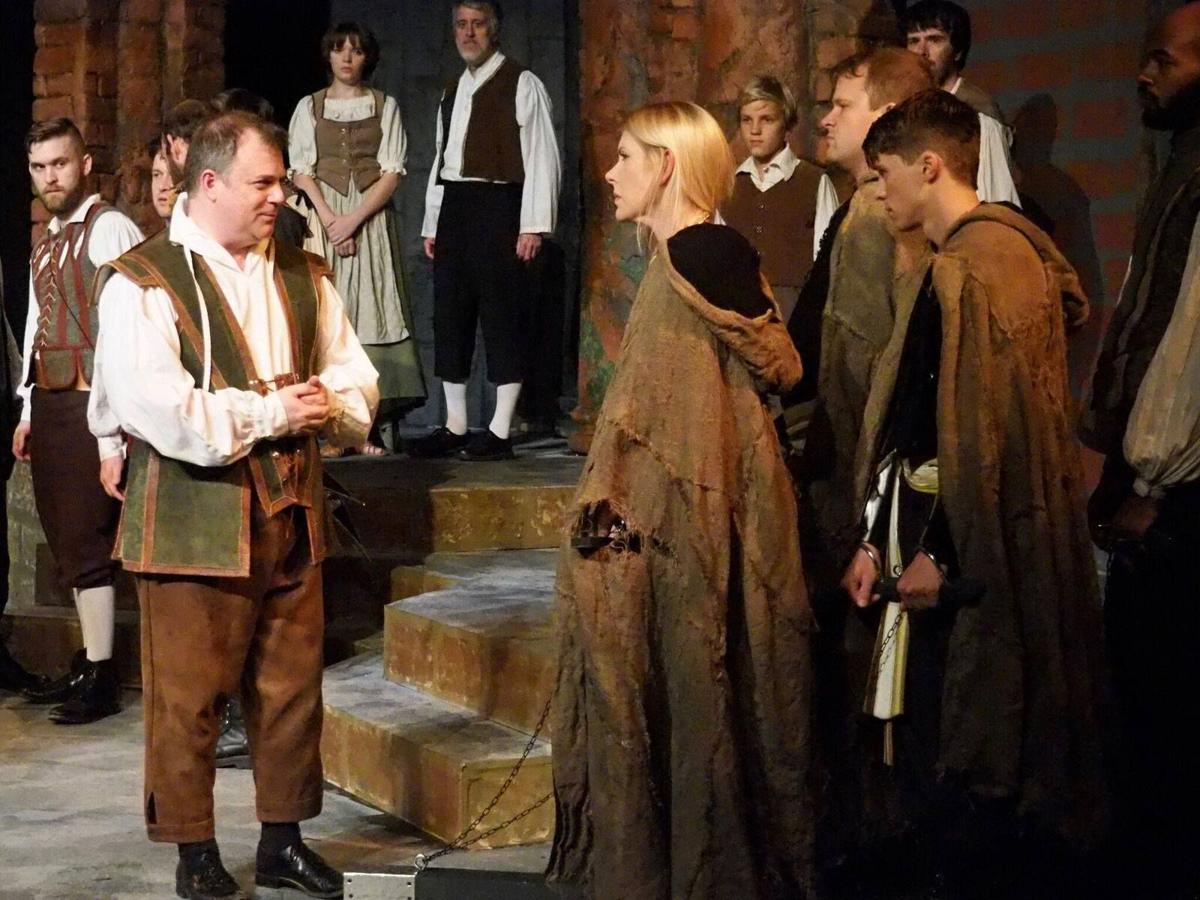 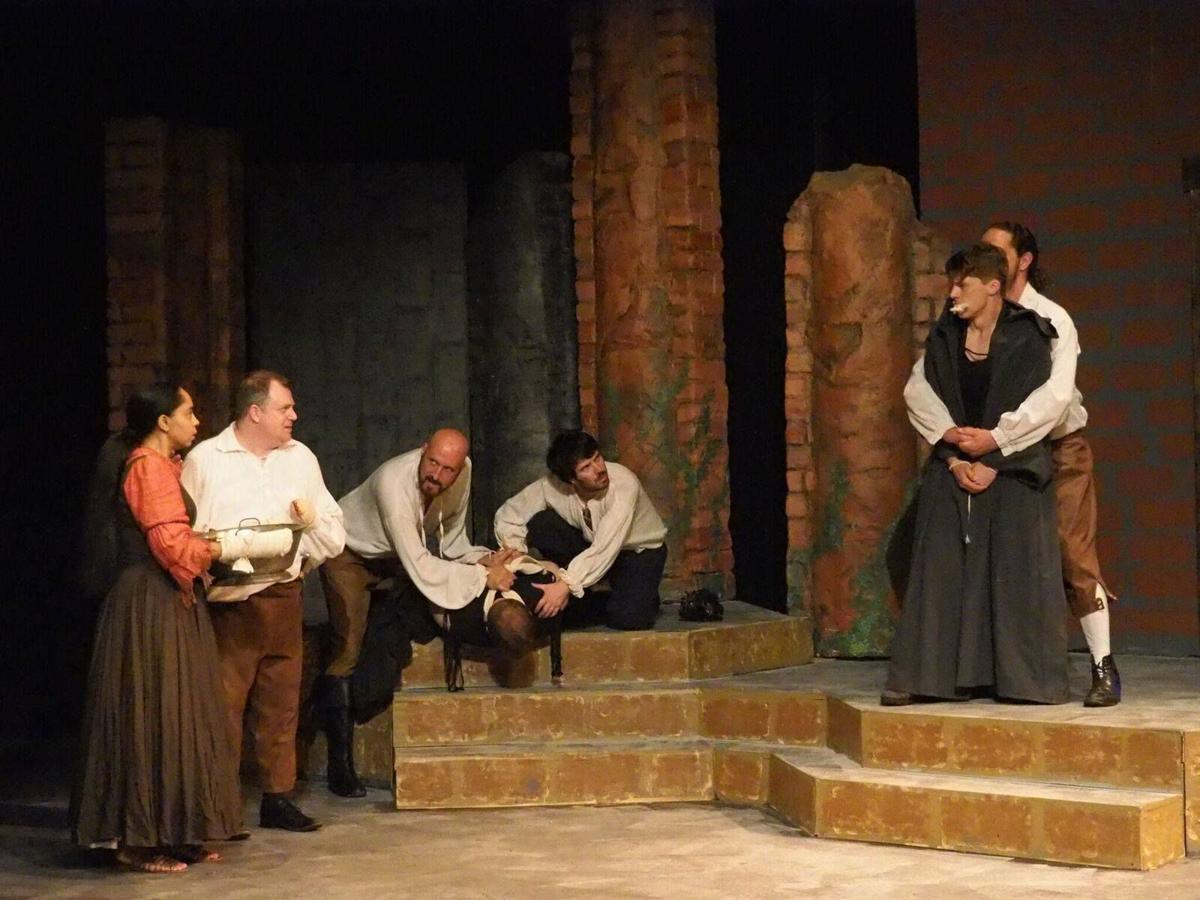 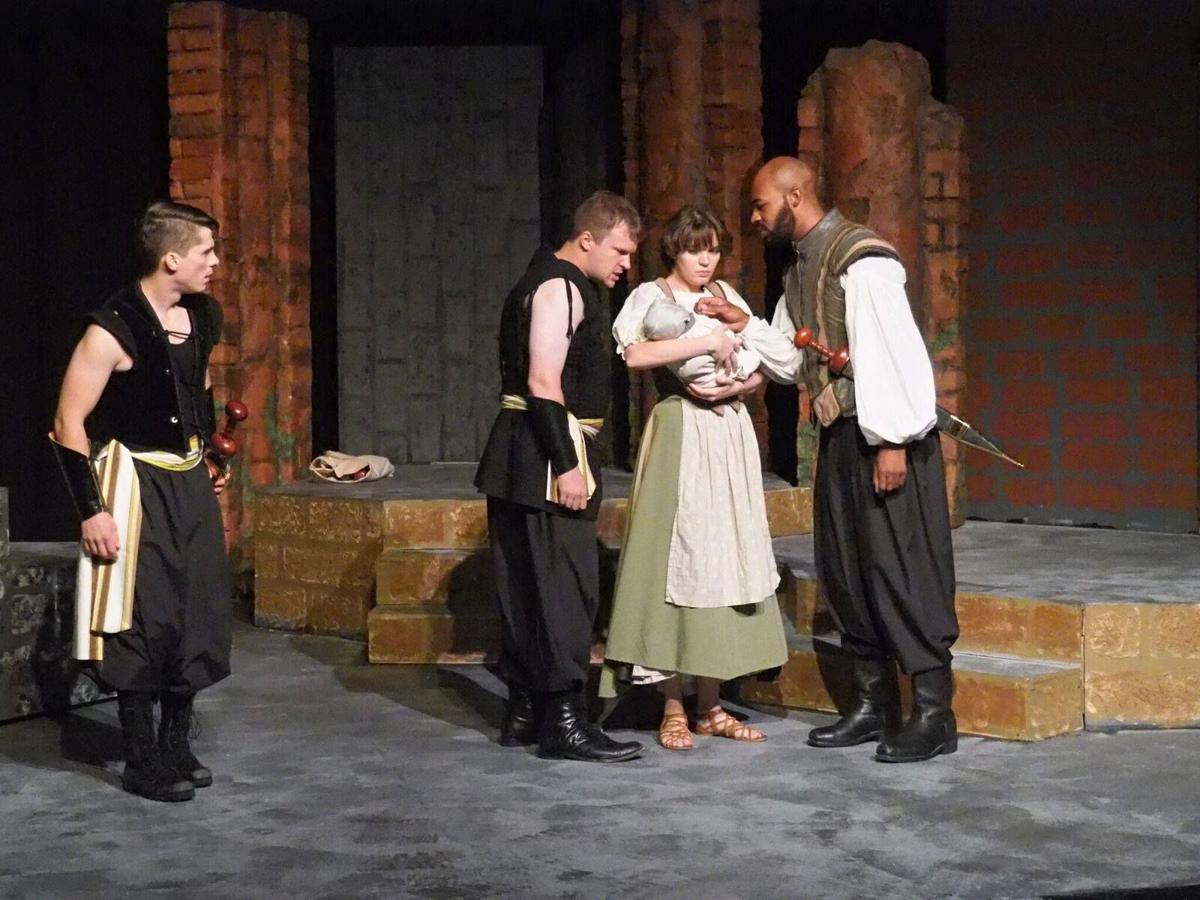 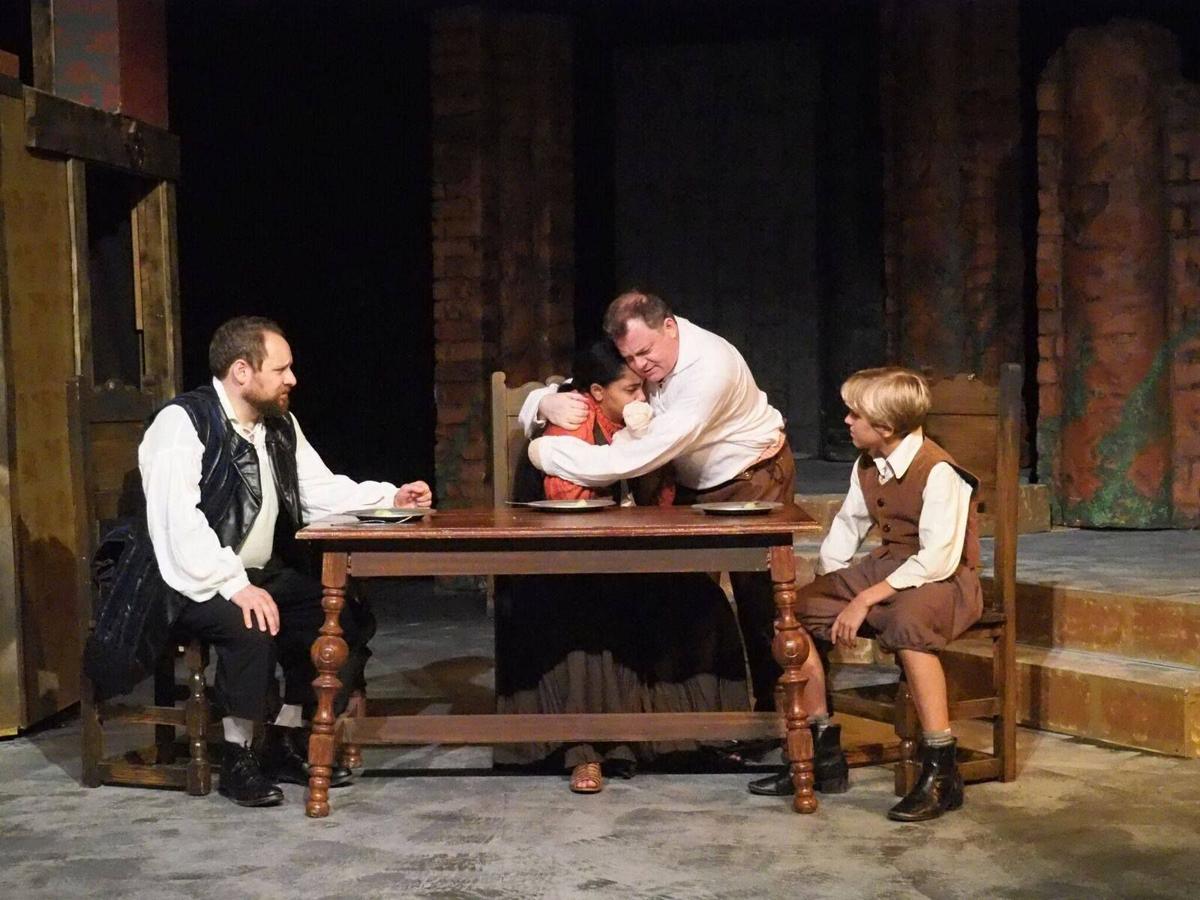 Story: Renowned Roman general Titus Andronicus returns victorious from a decade of fighting the Goths just after the death of Rome's emperor. While the emperor’s sons, Bassianus and Saturninus, jockey to take control of Rome, tribune Marcus Andronicus proclaims that the people want his brother Titus to assume the title.

Titus isn’t interested, though. He’s brought back as prisoners Tamora, the Queen of the Goths, her three sons and Aaron the Moor, then kills her eldest son in revenge for the deaths of his own sons in the war. He throws his support to Saturninus.

The new ruler proclaims that he will wed Titus’ daughter Lavinia, even though she’s engaged to his brother Bassianus, who refuses to go along with the new arrangement. Titus kills one of his sons who defends Bassianus, then is stunned when Saturninus instead marries Tamora. She in turn plots her own revenge against the Roman general for killing one of her sons.

Highlights: Murder, mayhem and machinations are the order of the day in William Shakespeare’s Titus Andronicus, one of his bloodiest tragedies, for sure. St. Louis Shakespeare’s new production follows one the company did in the early 1990s at Washington University.

Other Info: Tom Kopp directs with a sure hand this version, which is shortened to just two hours over two acts. If you’re a Titus fan, rest assured that Kopp and company spill enough blood to jump-start the next drive for the American Red Cross.

Meg Brinkley contributes some grisly props that give new meaning to the phrase ‘lend a hand,’ while Darren Thompson’s lighting enhances Chuck Winning’s fortress-style scenic design. Zahrah Agha offers a costume design which differentiates the Romans from their Gothic and Moorish counterparts.

Titus Andronicus features a large cast who revel in their feats of dismemberment as they spew vile rebukes at their enemies, perceived or otherwise. Chad Little presents the title character as a pensive albeit impulsive type, barely flinching as he kills one of his own sons in one scene, while in another showing Titus’ descent into madness as he literally cooks up a scheme of revenge.

Suki Peters effectively depicts the cunning and bloodthirsty Tamora, who shares a passionate scene with Darrious Varner as her Moorish lover Aaron. Varner mines the contemptuous disdain of Aaron for his Roman captors, while Roger Erb is properly nasty as the self-serving Saturninus.

The Bard doubtless kept his audiences clamoring for more with his bloody, bloody story of The Lamentable Tragedy of Titus Andronicus. St. Louis Shakespeare cuts to the chase, so to speak, with its blood-soaked rendition.