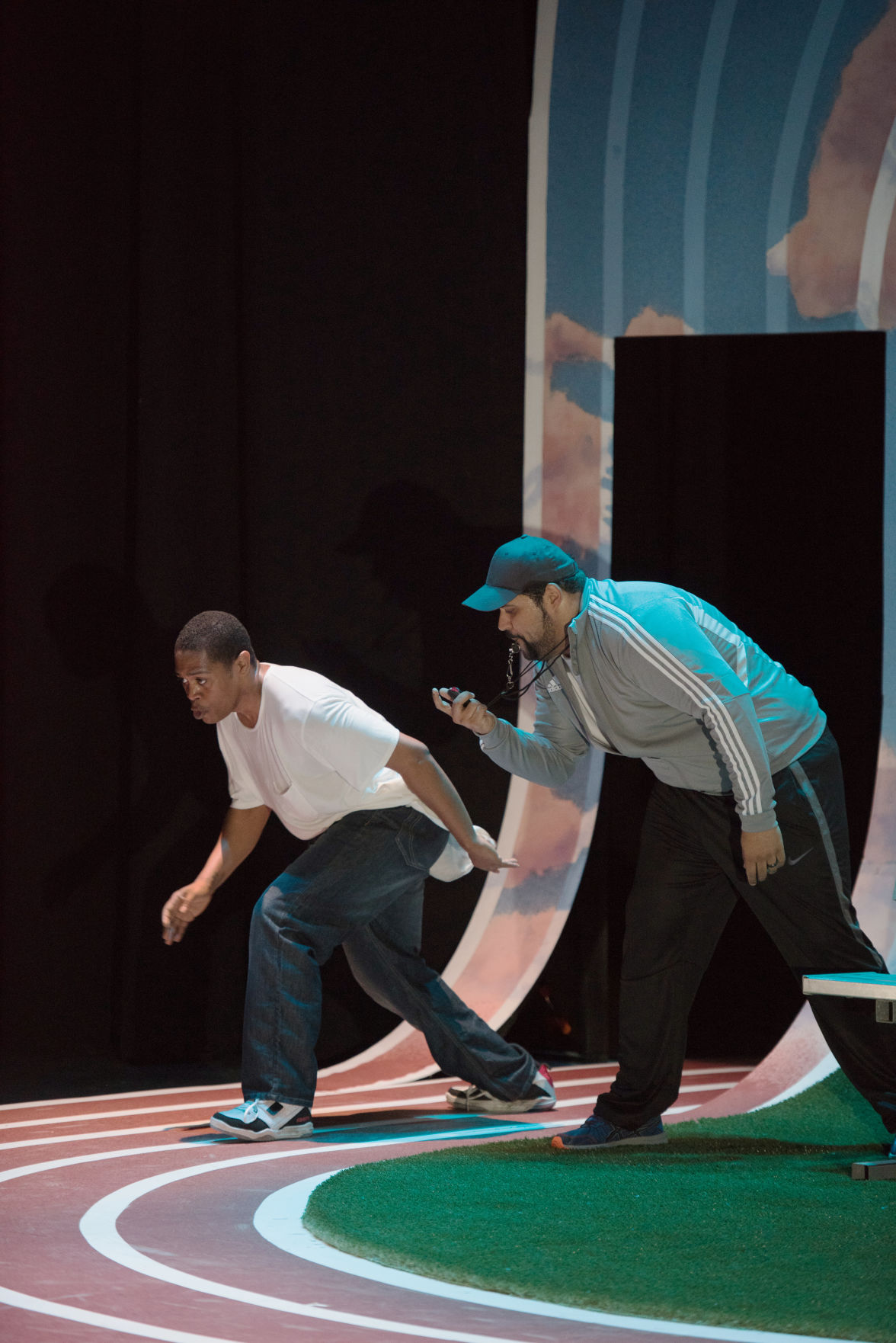 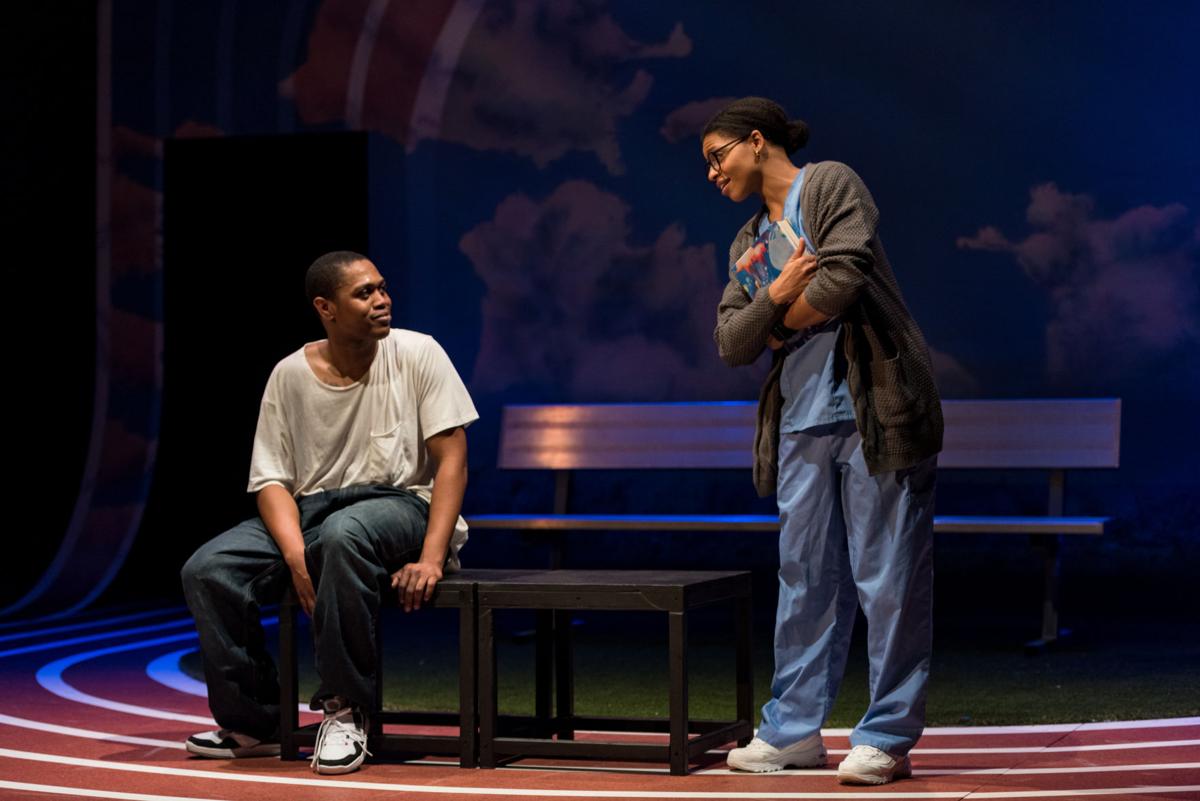 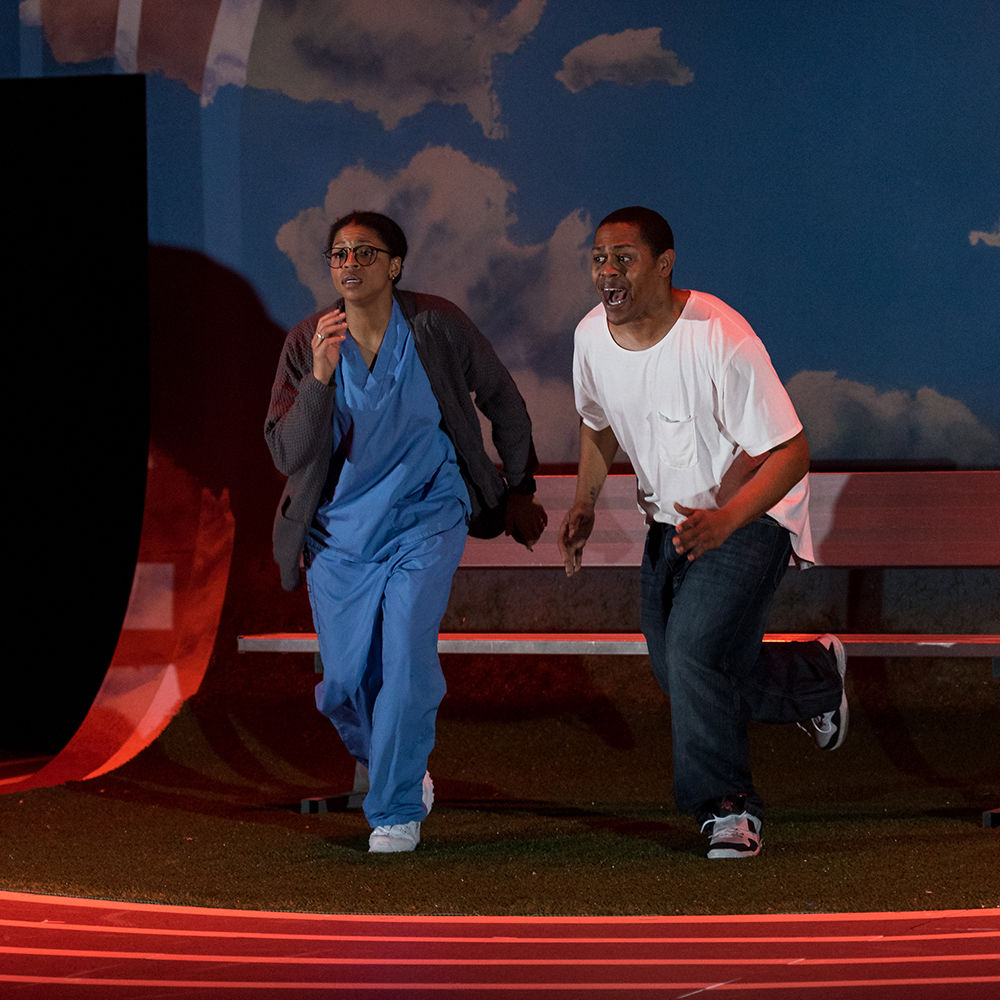 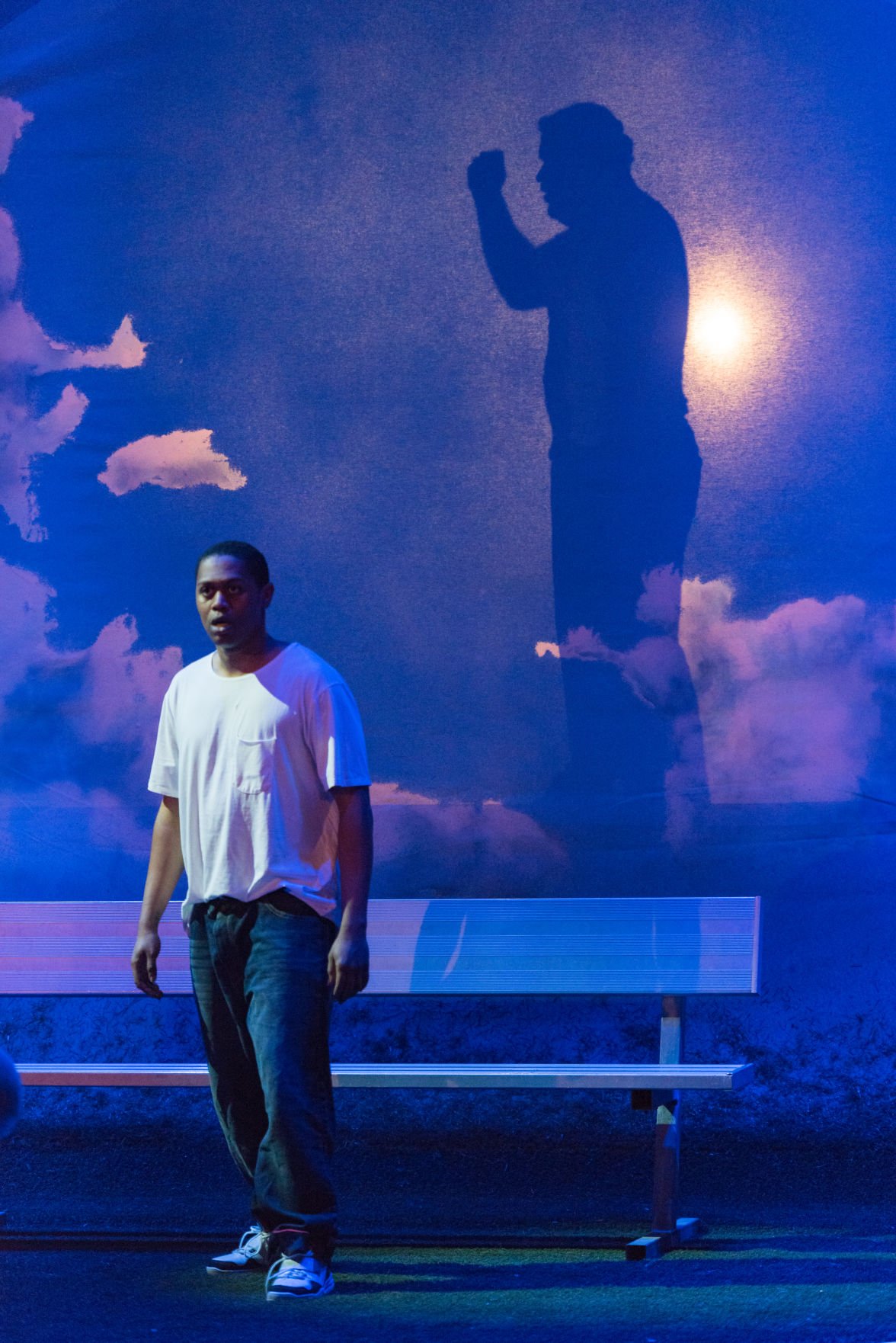 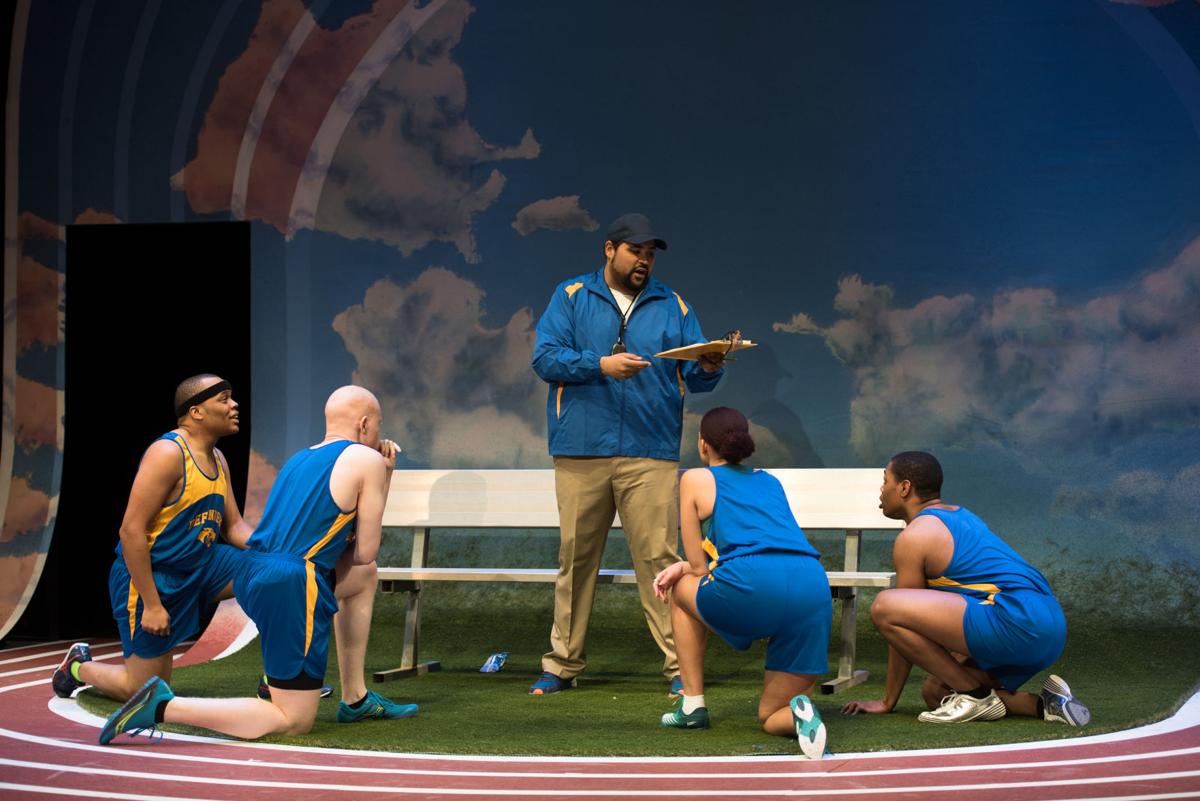 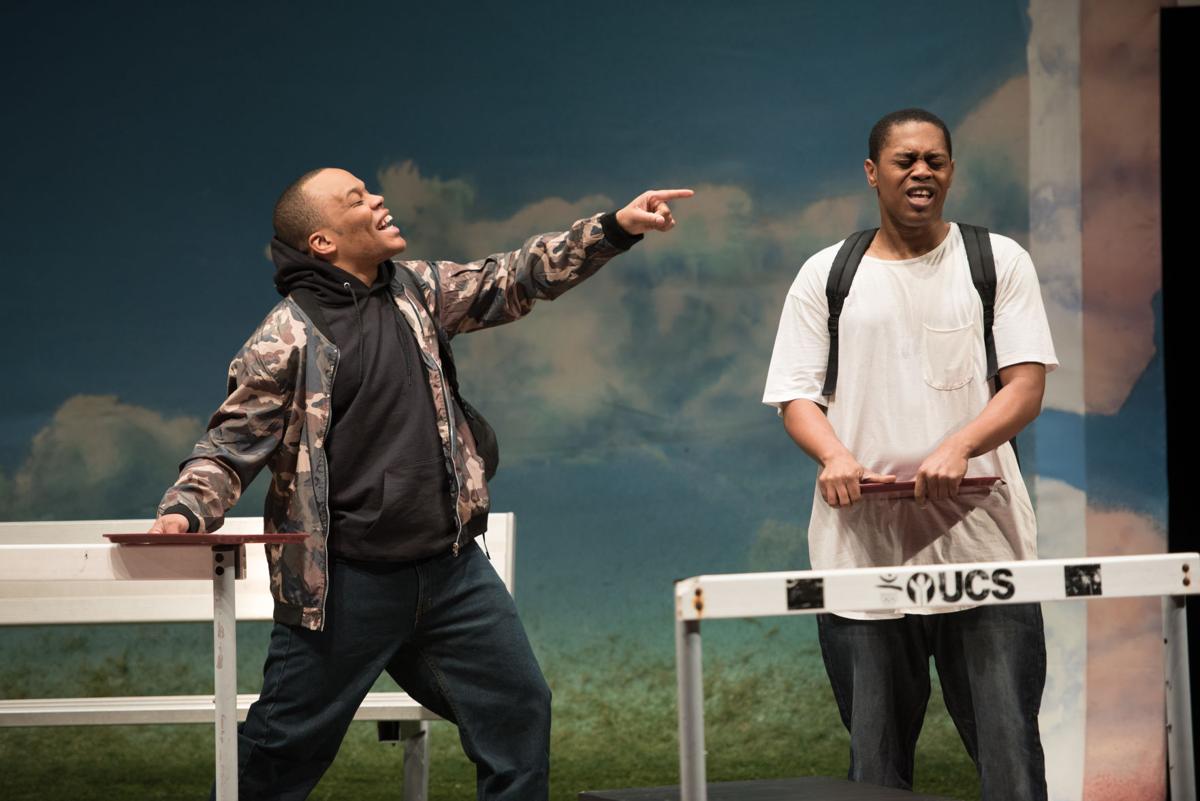 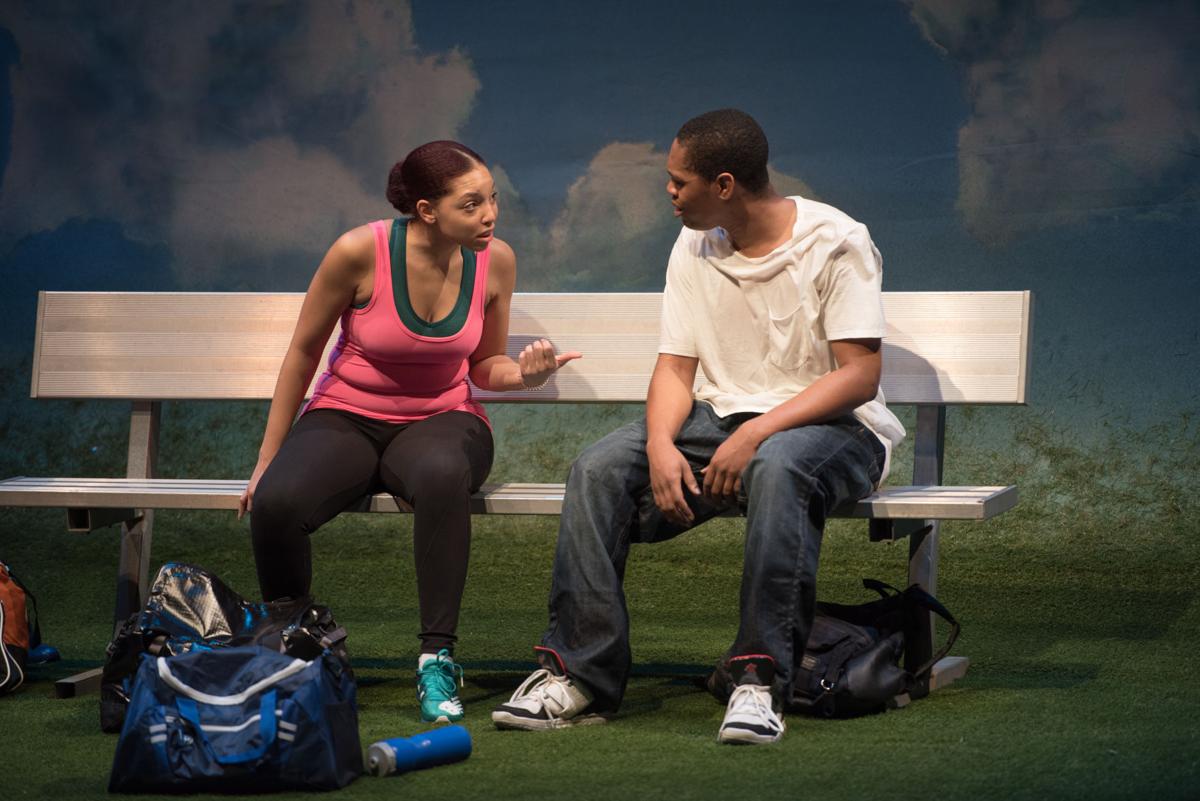 Story: Castle “Ghost” Cranshaw hasn’t had the easiest life. He remembers the fateful night when his mother took young Castle and fled the house where her unstable husband was threatening to kill his wife and son. They sought sanctuary at the general store run by kindly Mr. Charles, who hid them in a storage closet.

Ghost has been in and out of trouble at school ever since, despite the best efforts of his hard-working, single mother. One day the cocky middle-schooler challenges some kids on a local track team to a race, boasting that he’s the best. When Coach, head of the team, skeptically puts Ghost in a race with his fastest runner Lu, he’s stunned to see that Ghost is as good as he thinks he is.

Ghost has raw talent, but he doesn’t play well with others and is not big on following orders. Coach takes him home in the cab Coach drives for a living and makes a deal with Ghost’s mother: Ghost can join the track team as long as he stays out of trouble at school.

Less than a day later, Ghost fails that test. The long-suffering Coach, who had an abusive father of his own, won’t give up on his ‘tough love,’ though. He’s determined to help Ghost achieve his potential. As he explains to Ghost, “I can’t run away from who I am, but I can run towards who I want to be.”

Gradually, the other kids on the team accept Ghost. For his part, though, he chafes at the thought of running in street sneakers while the others have nifty running shoes. When Ghost shows up at practice one day sporting fabulous new kicks, Coach is suspicious of where Ghost obtained them.

Is Ghost ready to run into maturity? Is he able to accept responsibility, not only to his team and mother and Coach but also to himself? Ghost may be running to impress Coach not only with his athleticism but also his integrity. Coach, one-time winner of an Olympic gold medal, expects nothing less.

Highlights: Metro Theater Company is the latest stop on the “rolling world premiere” of this enchanting, persuasive tale of a modern kid with contemporary problems.

Other Info: Co-commissioned with Nashville Children’s Theatre, Ghost first was performed in Nashville in February 2019. Since then it’s been presented by companies in Louisville, Atlanta and Chicago before the current production mounted by Metro Theater Company at the Grandel Theatre.

The 75-minute, one-act drama was adapted by Goodwin from the 2016 best-selling novel by Newbery Award honoree Jason Reynolds. Ghost was a National Book Award finalist for Young People’s Literature.

Metro’s production benefits from a fun-filled scenic design by David Blake that features a blue sky with puffy white clouds in the backdrop and a series of white lines which flow down to the floor on either side, ending up as a ‘track’ in the middle of the set on which the players ‘run’ at their meets.

Movement designer Heather Beal’s stylized, choreographed moves on the track enhance the effect of runners in motion in part hip-hop, part balletic designs, all to great effect. The sound design whimsically offered by Jackie “Jackpot” Sharp is an eclectic mix of jazz, hip-hop and other musical genres.

Jacqueline Thompson’s direction is clearly focused, smooth and fluid, moving the show at a nice clip while also taking the time to tell its tale properly. In the process she elicits polished performances by her accomplished cast.

Jarris L. Williams brings out the likability in Ghost’s character even while he shows the youngster’s flaws in a performance that rings true about the moods and aspirations of a young teen boy. He’s complemented by Carl Overly Jr.’s winning portrayal of Coach, a man willing to dig into his own pocket to help a kid with potential while also firmly reminding Ghost of the difference between right and wrong, regardless of the prize.

The mostly African-American cast includes Alecia Reve Like as Ghost’s loving and frequently worried mother and Rae Davis as a female runner on Ghost’s team as well as in a hilarious turn as an indifferent clerk at a shoe store.

Ernest Emmanuel Peeples brings confidence and savvy to the role of Lu, (previously) fastest runner on the team and a young man who handles questions about his own physical difference routinely. Jaz Tucker does well as another of Ghost’s teammates while Joe Hanrahan nicely fills the bill as Ghost’s principal as well as the upbeat and optimistic Mr. Charles, who offers a surprising revelation to Ghost about his own background.

As with many of Metro Theater Company’s productions, Ghost offers invaluable lessons for children while simultaneously entertaining them as well as adults in the room. Sprint over to the Grandel Theatre if you can to catch Ghost in action.