You are the owner of this article.
Edit Article Add New Article
The Cut
Abode
Style
Business
Arts & Culture
Gatherings & Goodwill
Buy and sell
About Us
Contact Us
Advertise with Us
Subscribe
Share This
1 of 10 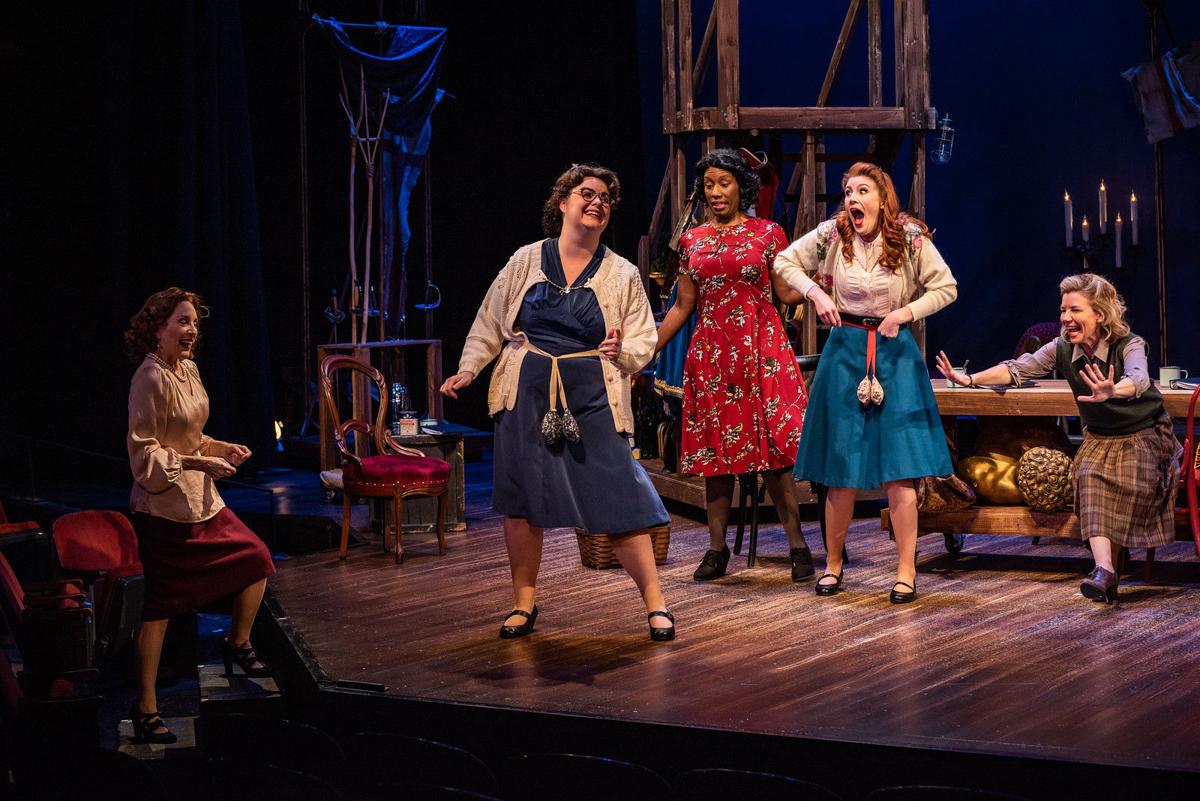 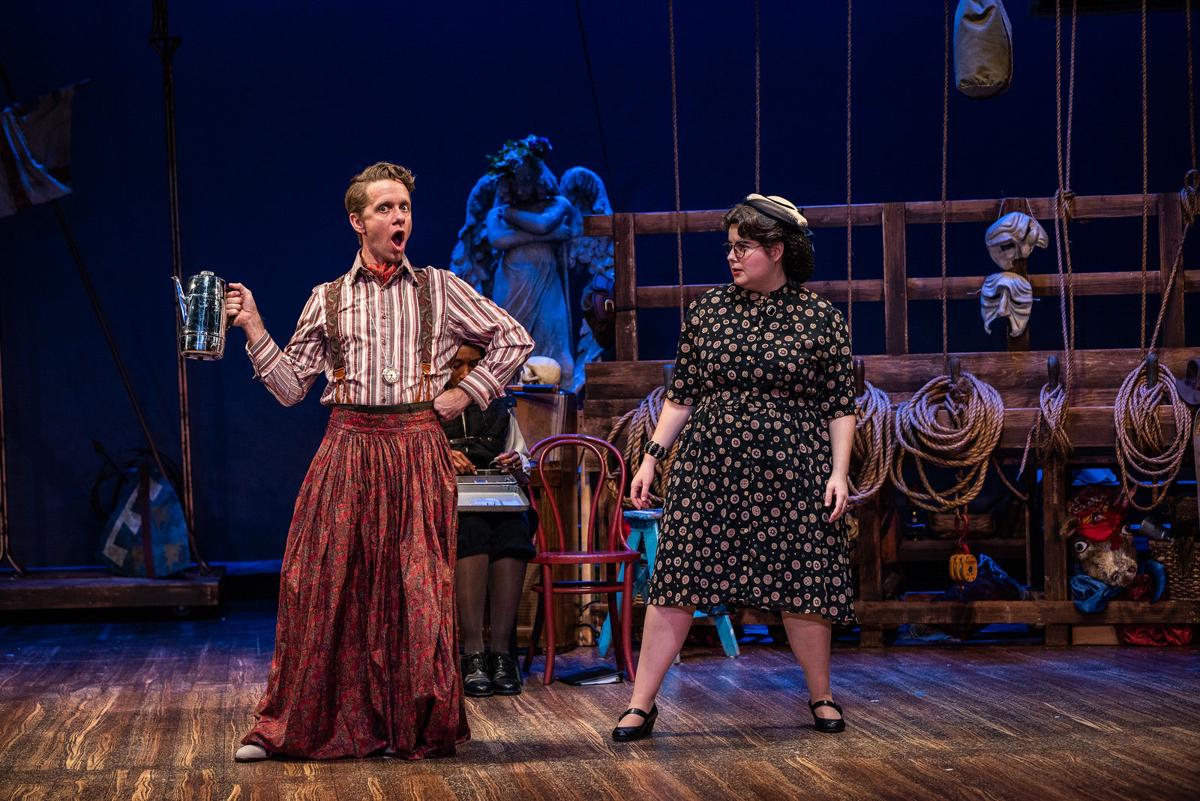 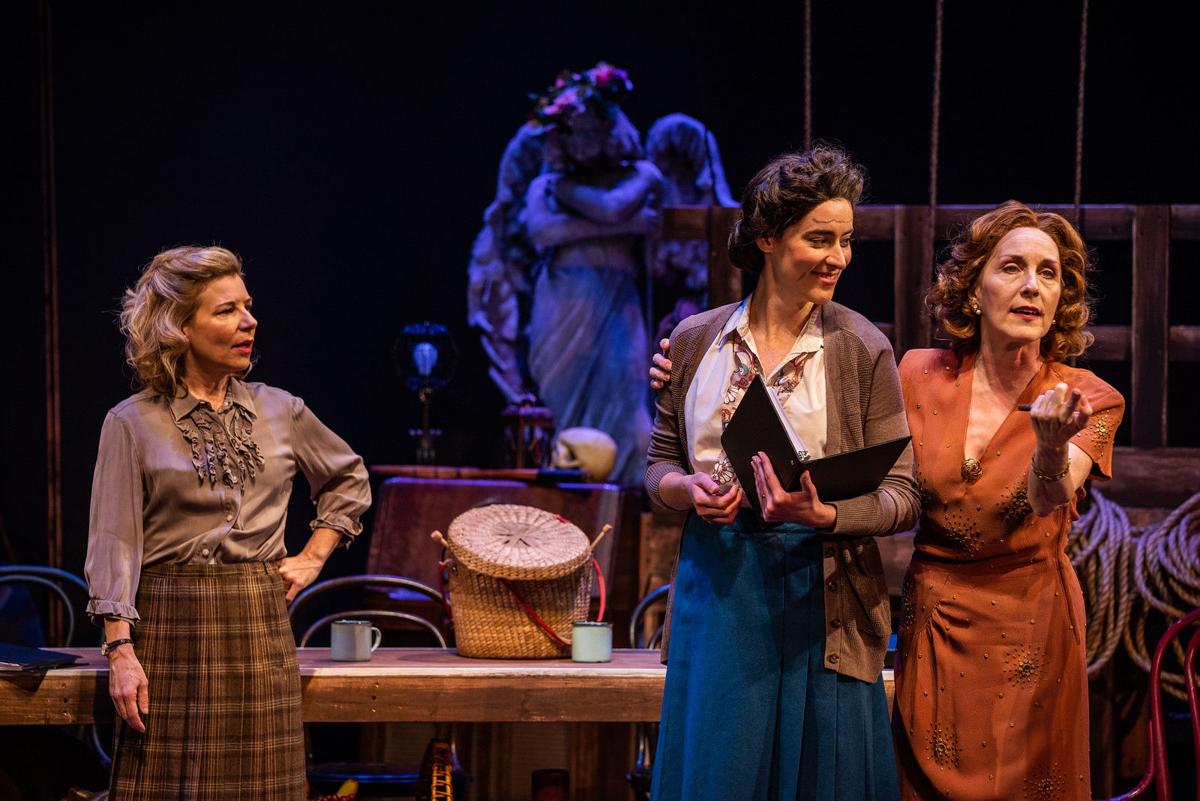 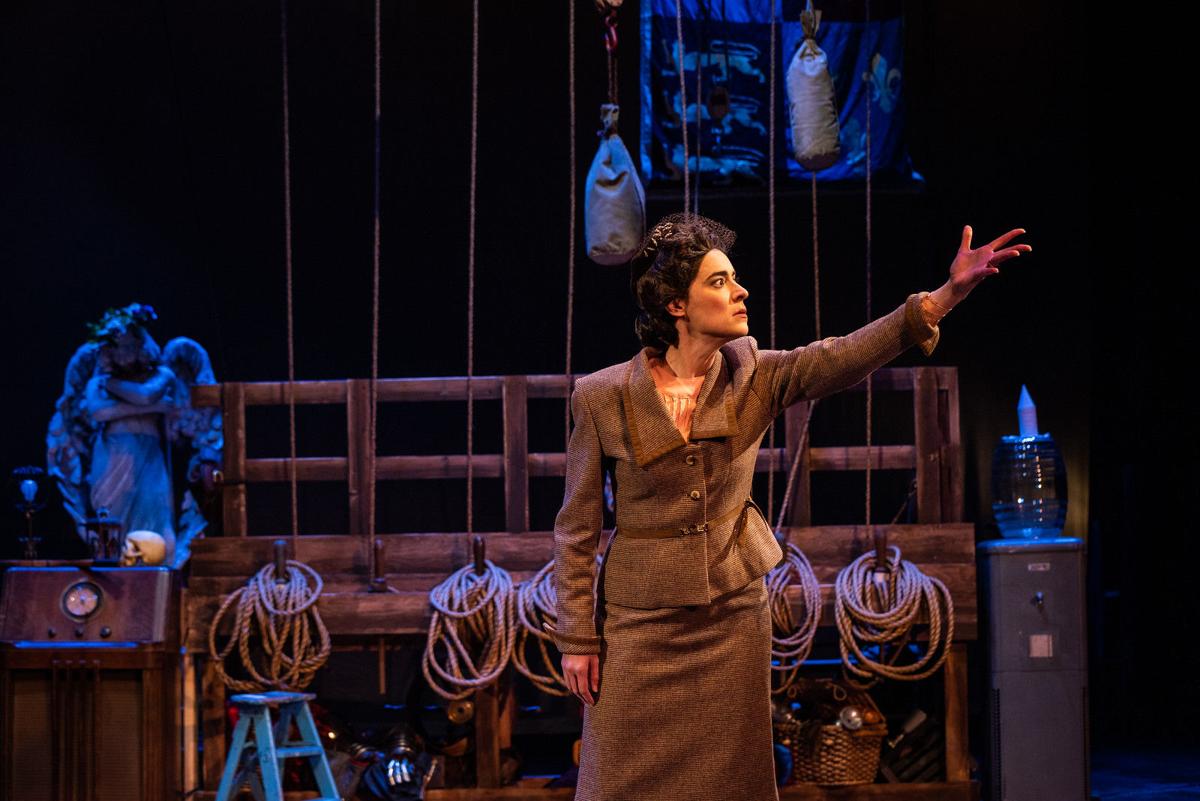 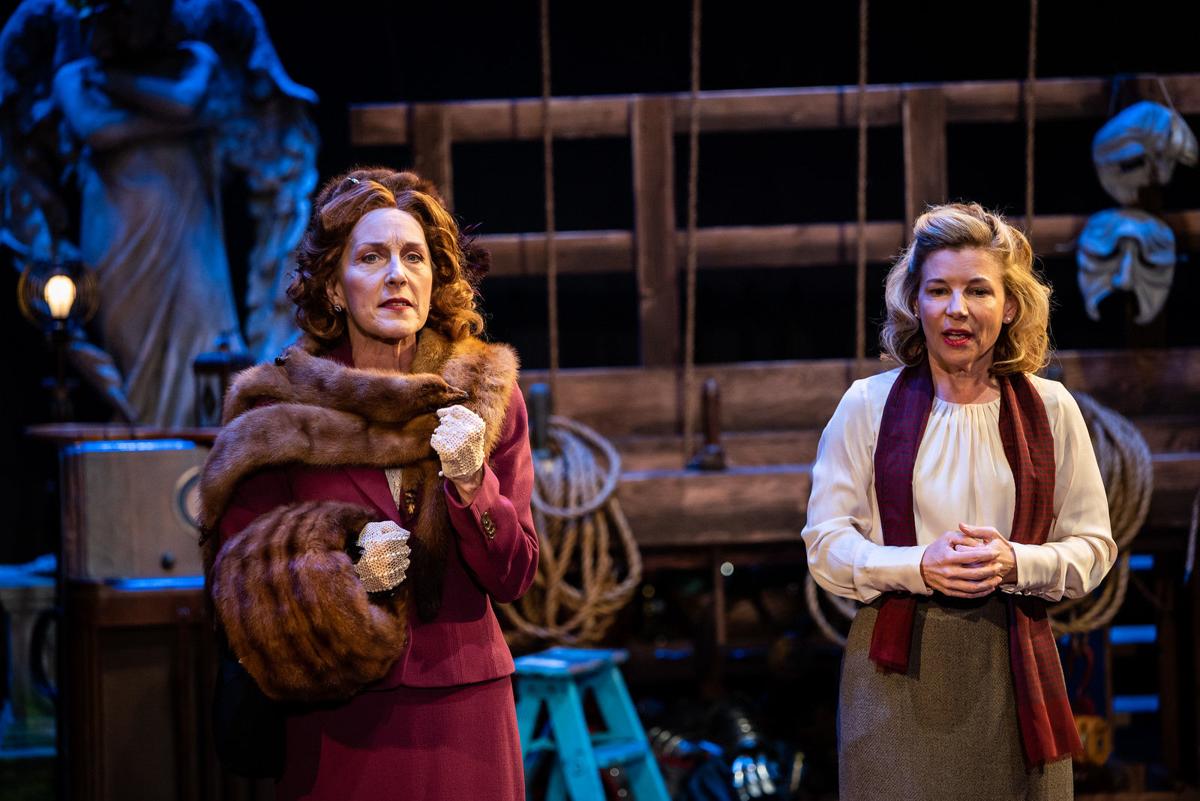 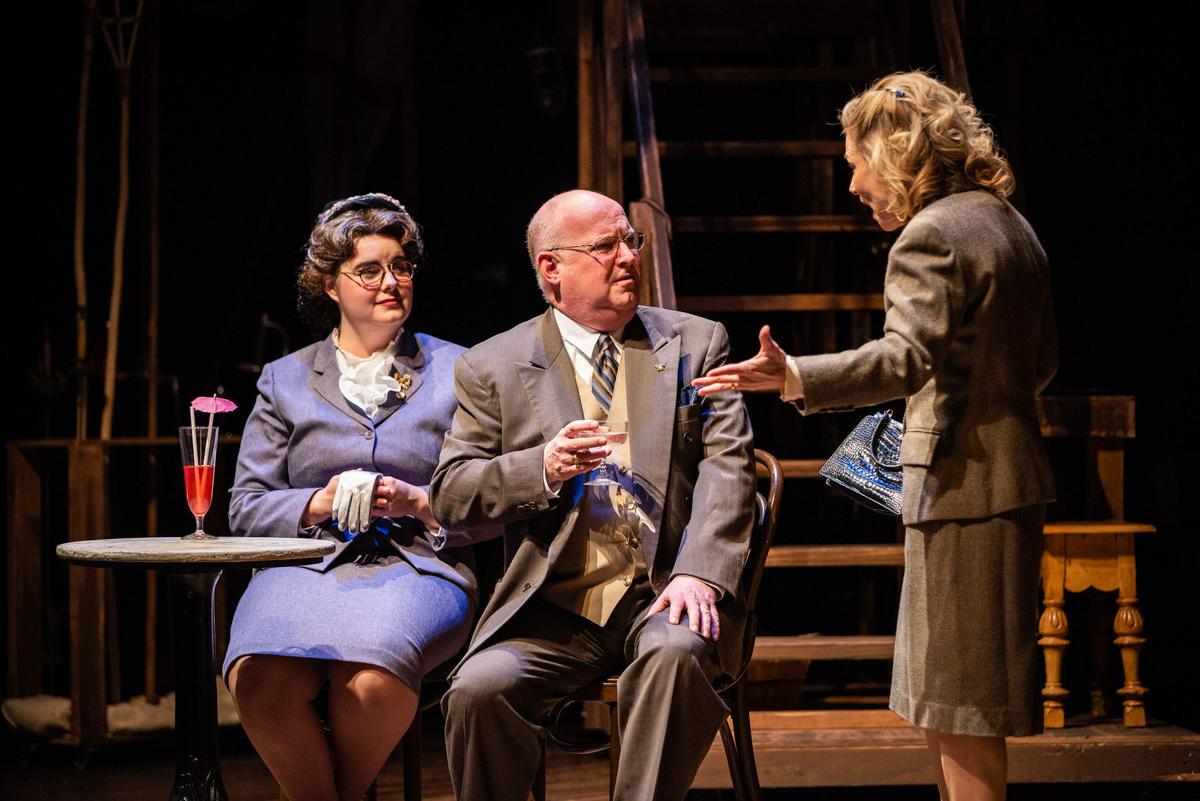 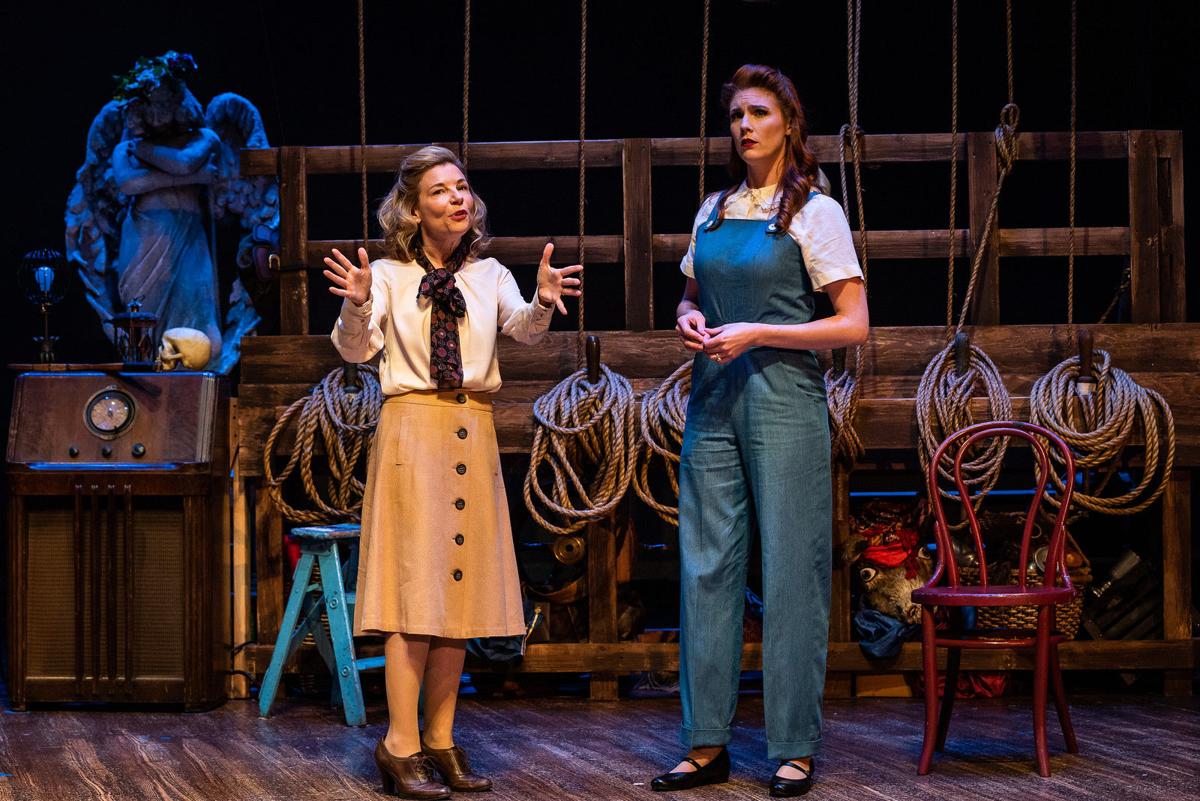 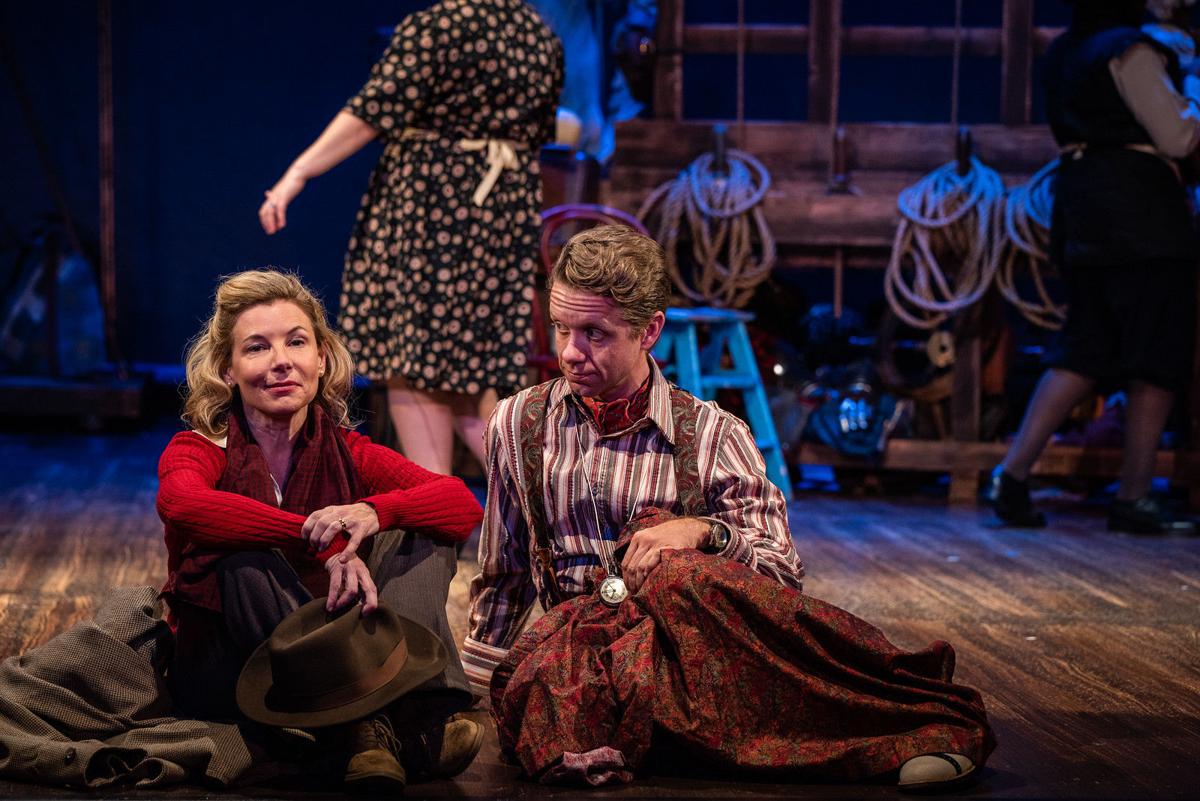 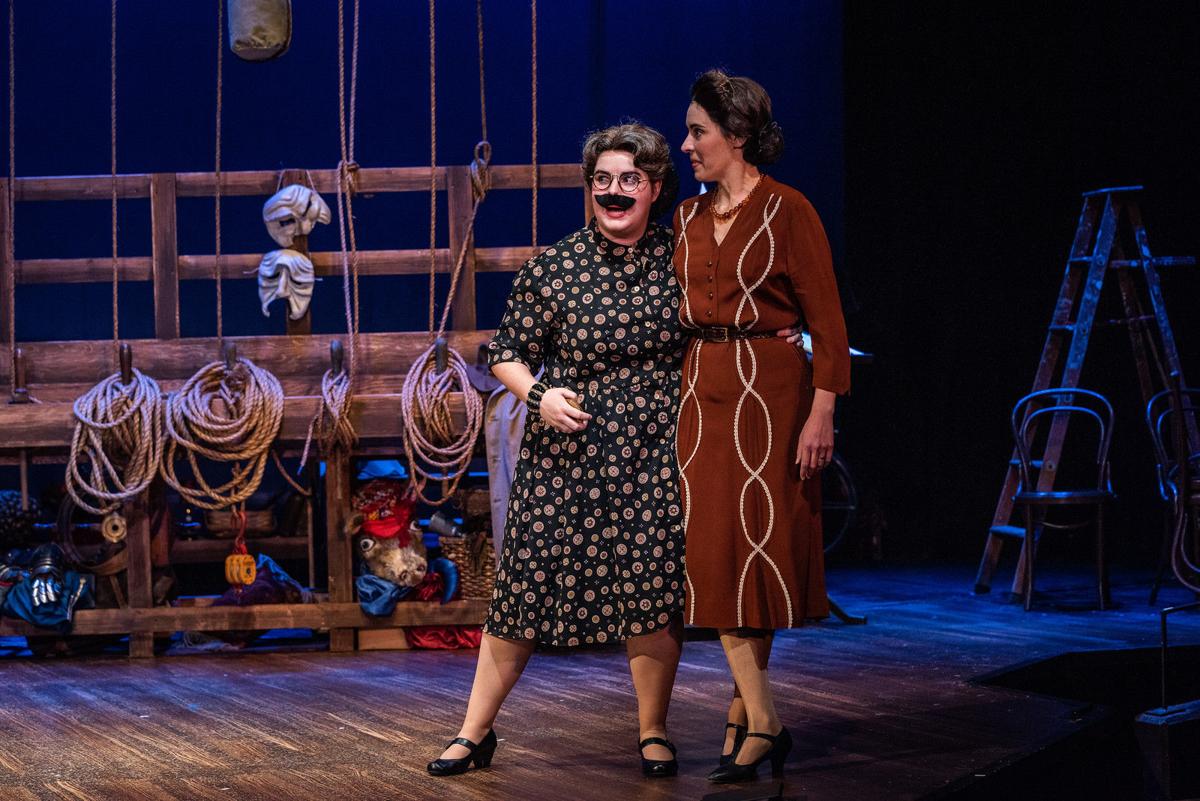 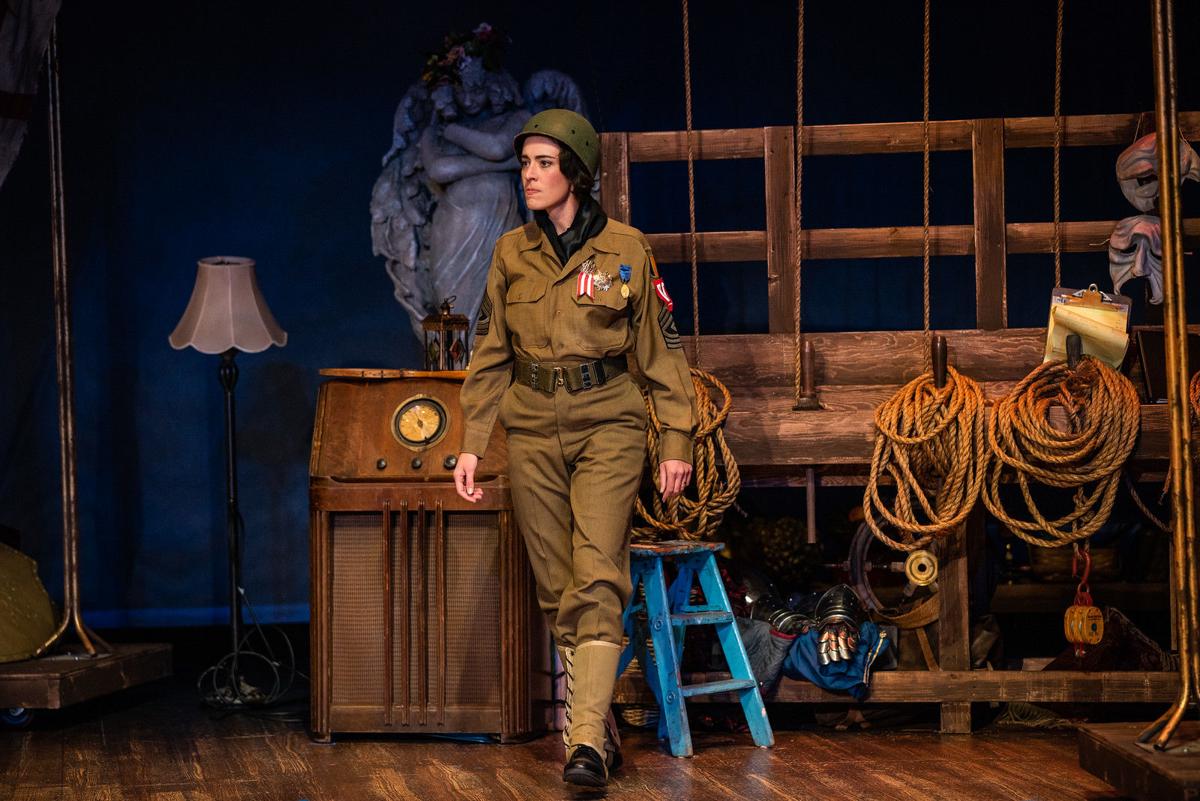 Story: The Oberon Theater has performed community productions for decades, but that may come to a halt, at least temporarily. It’s 1942 and almost all of the men in the troupe are away fighting for the Allies in World War II.

Maggie’s husband Andy is one of those men as well as the artistic director of Oberon Theater. With Andy and so many other regular players off to war, wealthy banker Ellsworth Snow, head of the company’s board of directors, is all in favor of shutting down the theater until the war concludes. That’s the only logical and cost-effective choice, right?

Maggie has a counter-proposal. She’d like to carry on with the troupe’s scheduled performances of Henry V, with women playing the roles usually set aside for the men. Ellsworth is adamant in his opposition until Maggie coyly suggests that Mrs. Winifred Snow (who has high school drama experience) would be perfect for a certain part.

Winifred’s enthusiasm puts her husband in a delicate position, and so he begrudgingly allows Maggie to go ahead with her idea. Of course, he warns her that he doesn’t want the company, or his wife, to be ridiculed by any shabby production values, putting Maggie on notice.

Despite their modest advertising, there are very few women interested in auditioning. So, Maggie makes the best of what she has. There’s company diva Celeste, who’s accustomed to being the belle of every theatrical ball. A high-spirited young woman named June appears, impishly noting that her soldier husband likely would disapprove of her involvement in the theater.

A serious young woman named Grace auditions, fearful of taking anyone else’s role yet also hopeful for a chance to express herself, especially with her husband fighting dangerous air combat missions in Europe. Company seamstress Ida would like to give acting a try, too, which would be a real stretch for this St. Louis-based company to include a black woman in its cast.

The troupe’s lone male still available, Stuart, is eyed suspiciously by some because he isn’t in the military. His love for performing, though, makes him willing to subject himself to innuendo. Maggie even decides that she can handle the dual responsibilities of directing and acting to further share the cast’s workload.

Surprises are numerous as these stalwart ladies and Stuart struggle to escape society’s strictures of sex, race and sexual preference to achieve a common goal: A performance of Henry V that will honor the tradition of the Oberon Theater. And maybe even lead it forward into more progressive times.

Highlights: Shakespeare Festival St. Louis kicks off “In the Works,” described as its “fourth pillar of programming,” with an engaging and poignant production of a new play written by George Brant which debuted at Providence’s Trinity Repertory Company earlier this year. This Midwestern premiere is wonderfully funny, thought-provoking and affecting all at once.

Other Info: Brant allows other companies to ‘localize’ the setting, which originally was Providence, Rhode Island. This permits director Nancy Bell to insert several clever references, such as Rosati-Kain High School, to familiarize the story with a local setting.

Bell’s accomplished cast is uniformly terrific, although Katy Keating is especially delightful as the quiet wallflower, Winifred Snow. Despite her pride at recalling her times on the Rosati-Kain stage, Winifred seems painfully wooden until Maggie hits upon an idea which results in a remarkable transformation. Keating has a deft touch with comedy which Bell accentuates here in broad and very funny style.

Michelle Hand leads this stalwart cast as the indomitable Maggie, who learns that the fight for women’s rights has even more ground to cover than she imagined. Her Maggie is diplomatic, indefatigable, defiantly optimistic and always interested in bringing out the best in her colleagues, both for their own development and for morale in their fight against loneliness during wartime.

Savvy Kari Ely shapes Celeste as a dominating diva but also subtly reveals her better, more communal self in a touching scene with Maggie after Celeste has stomped out of rehearsal because of an alleged slight. As Ellsworth, Gary Wayne Barker impeccably inhabits the role of a white, privileged, upper-class man who likes things just the way they are, thank you very much. Barker also shows a softer side of Ellsworth which Brant democratically includes in his wise script.

Ben Nordstrom and Jacqueline Thompson stamp the characters of Stuart and Ida with their distinctive brands of performance aplomb, expanding the Oberon’s cast in ways that will challenge its 1940s audiences. Mary McNulty captures the lusty bravado as well as the not-so-subtle prejudice of June, while Laura Resinger brings pathos, poignancy and determination to Grace, who soldiers on in her quest to honor her absent husband while also finding herself.

Brant’s two-act comedy is entertaining, with an abundance of laughs offset just enough by well-spaced and suitably seasoned doses of drama. Bell makes adroit use of Margery & Peter Spack’s impressive scenic design, back stage at the Oberon with set pieces for its Henry V rendition, effectively lit by Joe Clapper and featuring a number of Meg Brinkley’s shrewdly selected props.

Rusty Wandall’s sound design is an effervescent compilation of Big Band sounds, while Michele Freidman Siler’s costumes pinpoint not only the early ‘40s era but also bring distinction to the unique soldierly wardrobes selected for the characters to perform in their version of Henry V.

As Bell’s director’s notes wisely observe, 1942 “was a very different time...and a very similar time” to contemporary America. There are lessons to be learned in this witty, engaging and astute play which exhorts its audience to accompany its characters ‘into the breeches.’

Play: Into the Breeches!