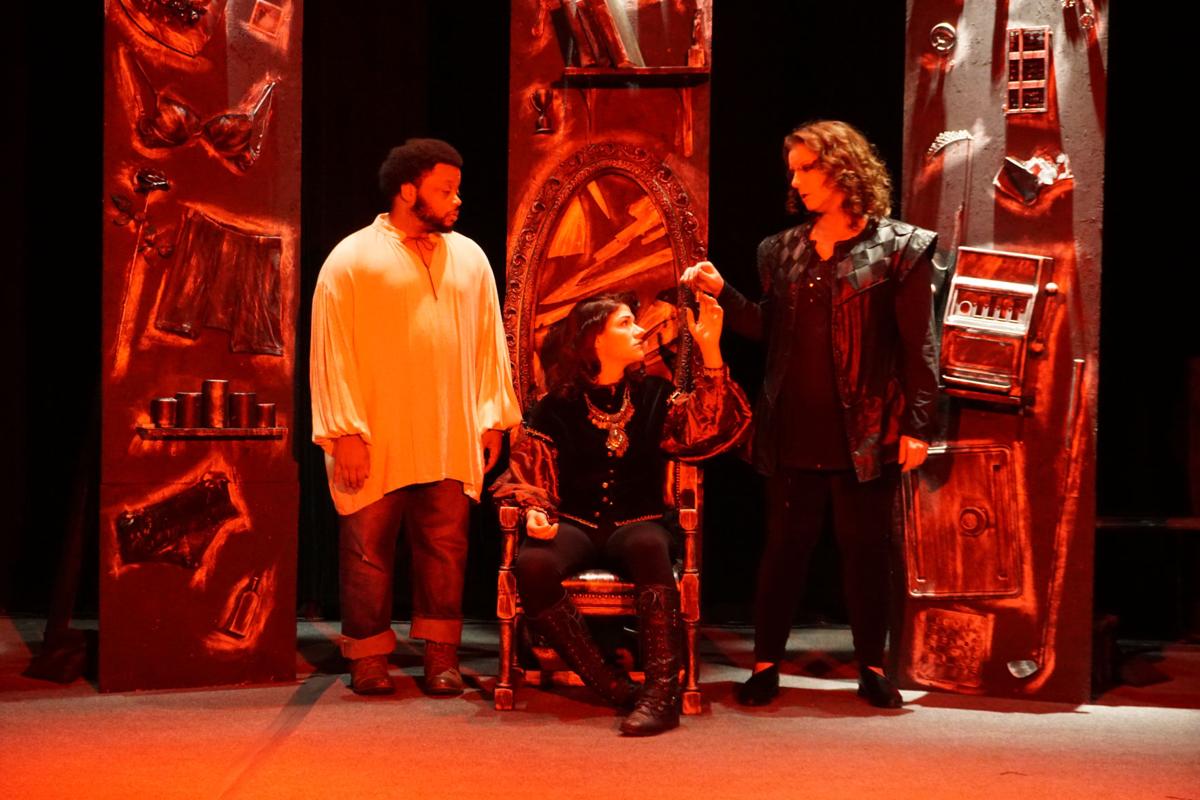 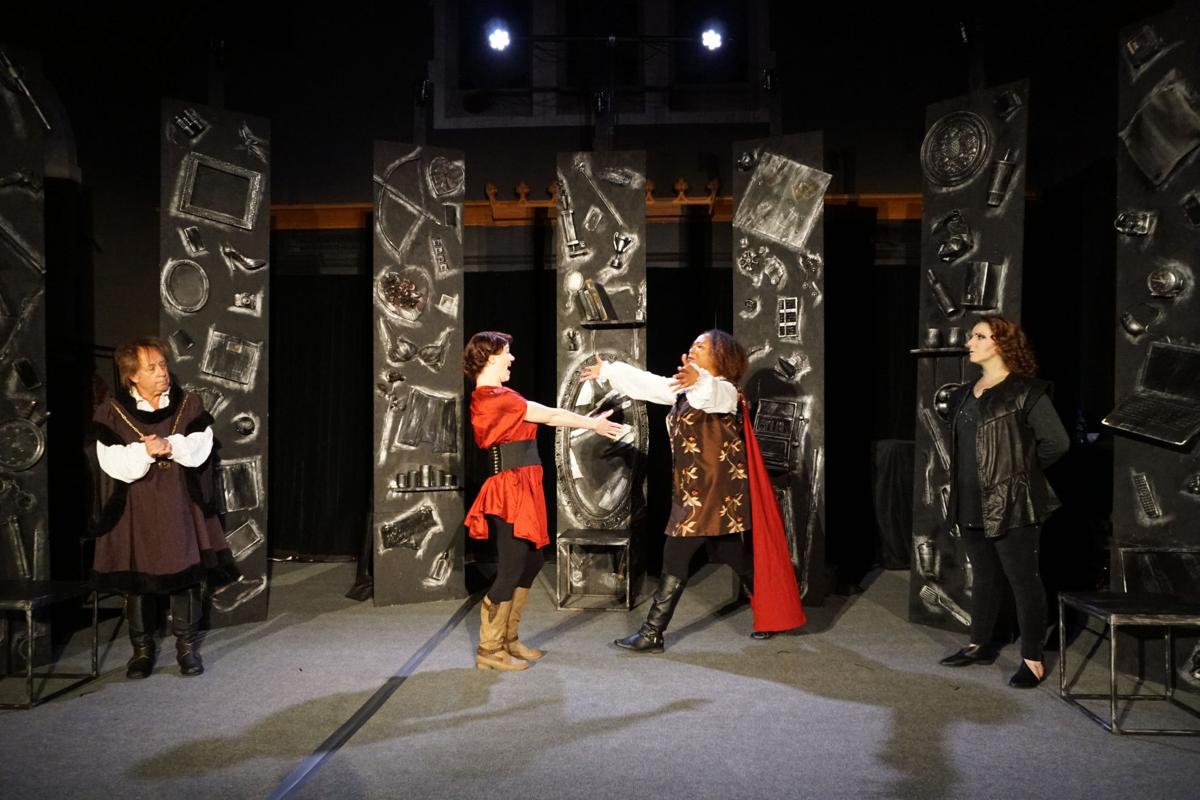 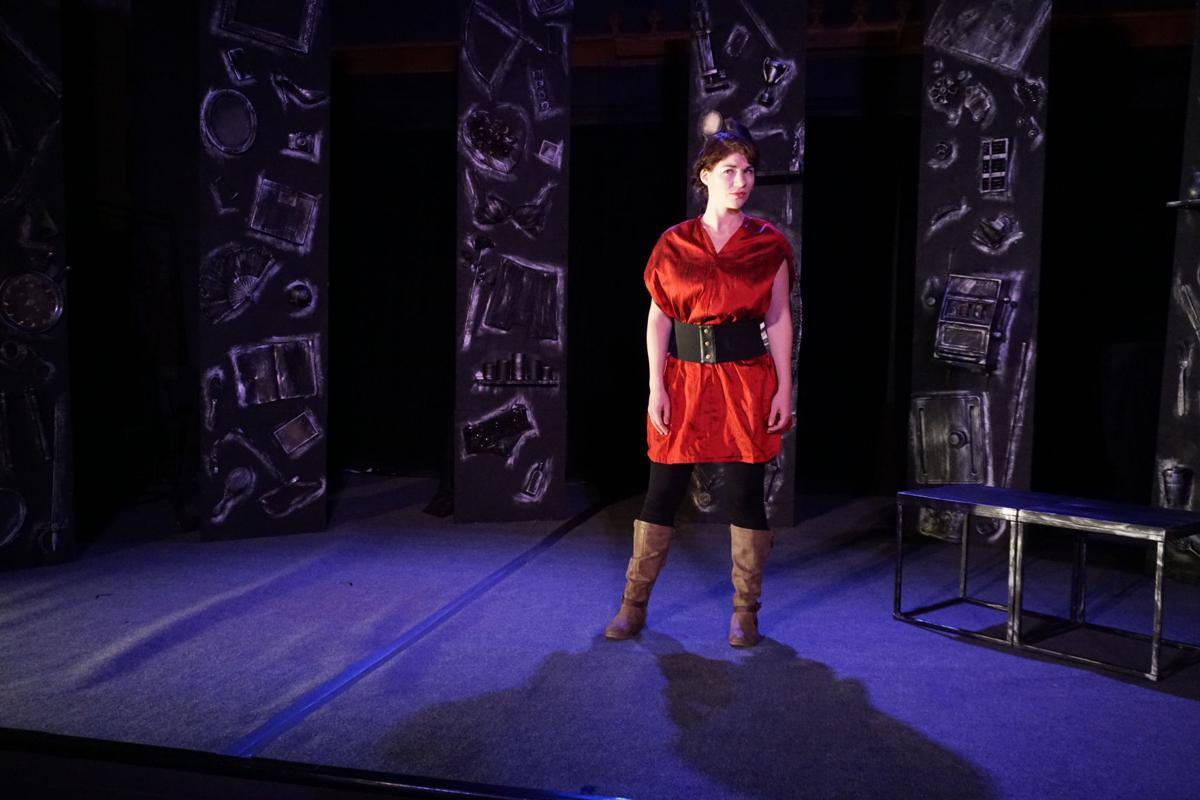 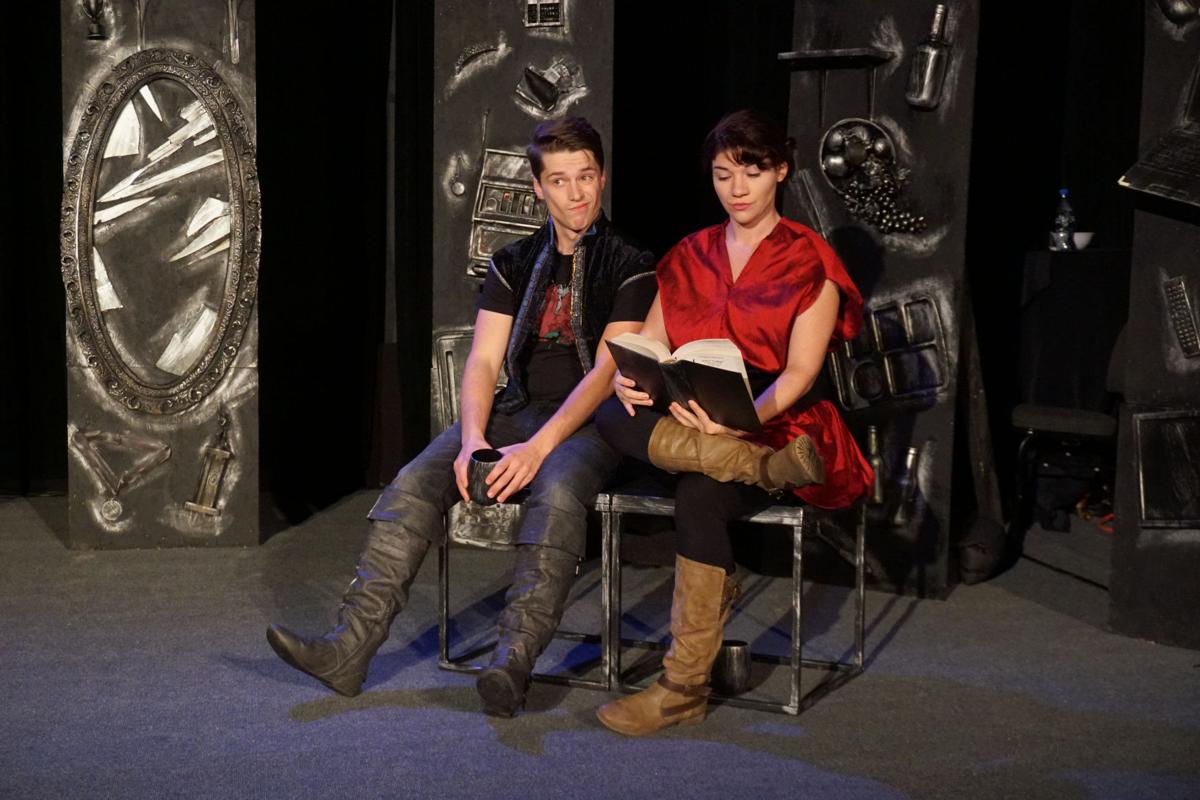 Story: In this contemporary re-telling of the Faust legend, Faustus is a brilliant woman who aspires to elevate humanity from corrupt regimes, making it a more compassionate and humane environment for all. Capitalizing upon her dream, a devil named Mephistophilis pays her a visit and suggests a trade: Her soul will be given to Satan in exchange for limitless powers during her life, which she may use as she best sees fit.

Faustus is intrigued by this proposition and accepts it with the altruistic motive to make Earth a better place for all. In the microcosm of her own world, however, there is friction which develops with her lover Wagner and roommate Val. Gradually Faustus pushes them away with her indifference as she concentrates on larger goals.

Mephistophilis introduces Faustus to the seven deadly sins, personified by a fallen angel who glibly shows Faustus the allures of the flesh and turns corruption into an appealing concoction. Faustus continues her quest to ameliorate human suffering but eventually is led astray by a series of conjurings, including one of Helen of Troy, the beautiful “face that launched a thousand ships.”

When Faustus eventually realizes what has transpired and the path she has allowed herself to take, she attempts to make amends with Wagner, Val and the world she at one time hoped to improve. But can she achieve redemption in the 11th hour before handing over her soul forever to Lucifer through the emissary Mephistophilis?

Highlights: SATE completes its 12th year, the “Season of Entrapment,” with the world premiere of John Wolbers’ update of Christopher Marlowe’s 16th century take on the medieval German legend of Faust. Wolbers inserts feminism into his version to offer a different slant on the story about the academic who sold his (her) soul to the devil in exchange for a life of unlimited power, eventually suffering the consequences.

Other Info: This version of Doctor Faustus takes place on a surreal set designed by Bess Moynihan, a series of seven pillars painted gray and covered with assorted paraphernalia such as computer screens, shoes and other items bizarrely affixed to the vertical structures. It’s an arresting site which underscores the bizarre world into which Faustus has descended.

Wolbers’ adaptation remains faithful to Marlowe’s iambic pentameter verse. Thus, it sounds quaint and off-kilter to hear the various characters speak in such rhythm in this contemporary take. It helps to read the playwright’s note in the program as well as the full-page commentary by dramaturg Courtney Bailey Parker, which helps explain the language and the thought process behind the two-act play’s structure.

Akin to Marlowe’s original, Wolbers presents his work in 13 separate scenes spread over five acts which span approximately two hours. Buying in on this interpretation is costume designer Liz Henning, whose wardrobe for the players favors lots of black and a preponderance of boots, perhaps signifying the war between good and evil on Earth. After all, one character early on says that “hell is other people,” a direct nod to existentialist Jean-Paul Sartre.

Director Ellie Schwetye ensures that the mood remains eerie by subtly inserting entrances and exits from stage right and the back, as characters move slyly into Faustus’ presence. Six of her eight players portray a version of the shape-shifting demon Mephistophilis at one time or another, testing Faustus’ resolve and intelligence throughout her quest.

The evening’s finest performances come from Nicole Angeli and Taleesha Caturah. The former conveys the physical embodiment of the seven capital sins as “The Seven,” quickly changing roles from Greed to Pride to Sloth to Lust, etc., with nary a moment’s notice, accentuating each element by quickened speech, an arc of the head, etc.

Caturah portrays Faustus’ idol, Carol Hapsburg, another character named Vivian Van Holt and a form of Mephistophilis, convincing in all portrayals. There’s also fine work by Joe Hanrahan as the loutish Professor Ingram as well as a wily vagabond who utters Cassandra-like warnings to Wagner during the course of the story.

Ashley Bauman does good work as the well-intentioned if misguided Faustus and Michael Pierce makes for an able and mostly understanding Wagner. Lex Ronan keeps busy as Val and Helen of Troy, with Deanes and Kuhn completing the cast as a pair of venal rapists and other minor characters, including different representations of Mephistophilis.

Wolbers’ Doctor Faustus, or the Modern Prometheus aims high and earns marks for its sincere attempt to take the Faust legend beyond its original conclusion, offering a peek into a possible future. It’s heavy sailing, though, so make sure you read the program notes before you venture into these mysterious and troubled waters.