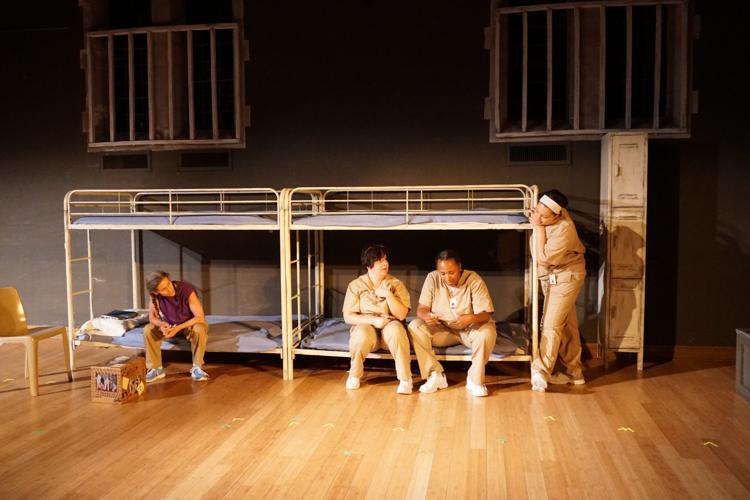 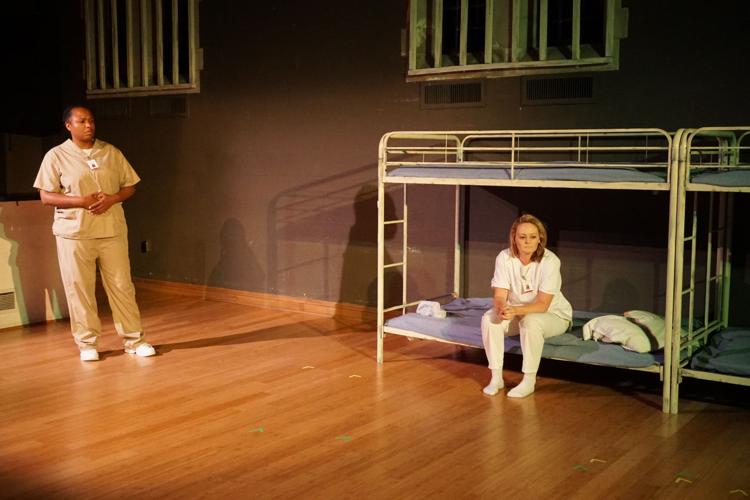 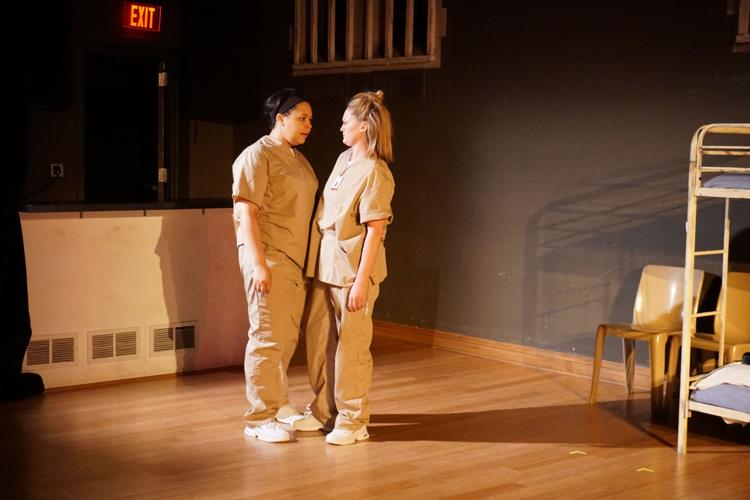 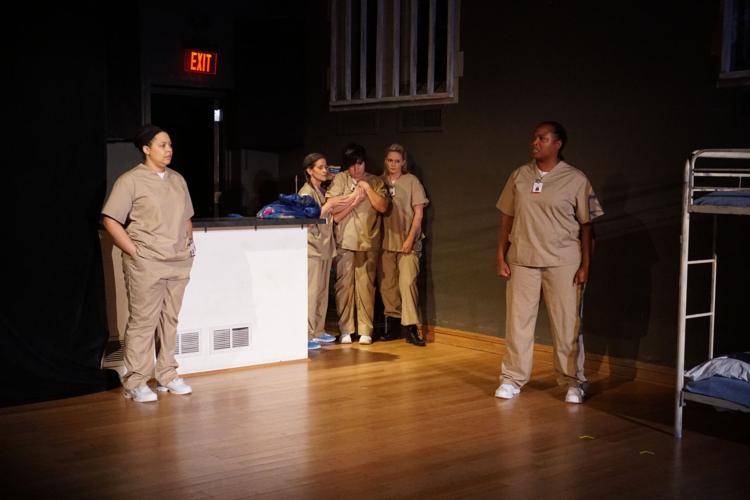 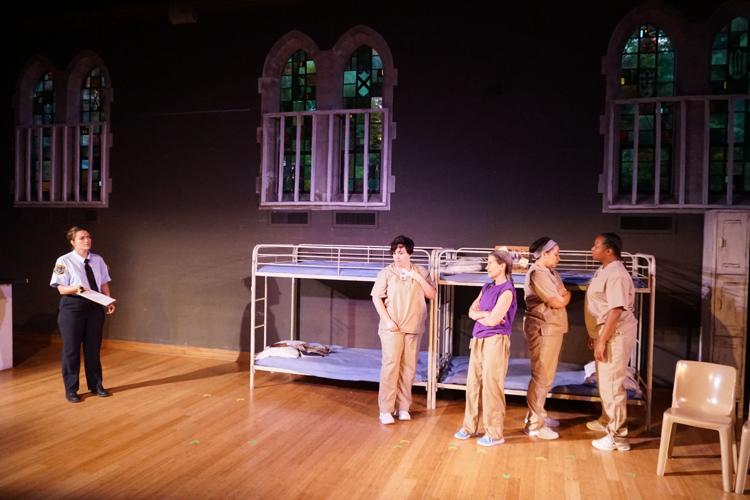 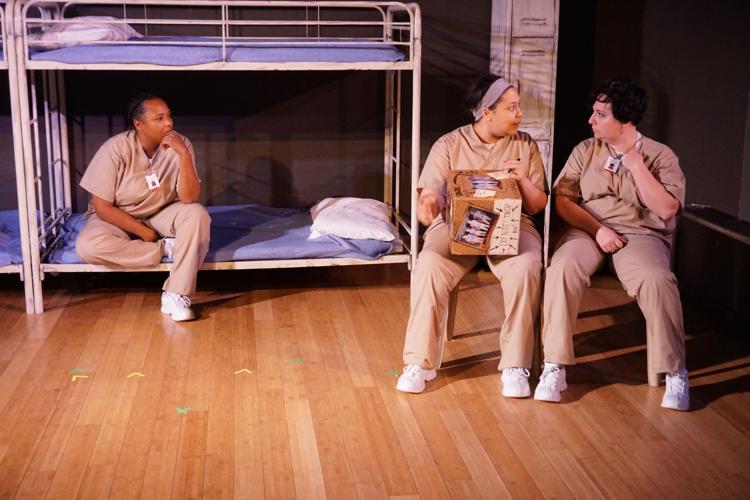 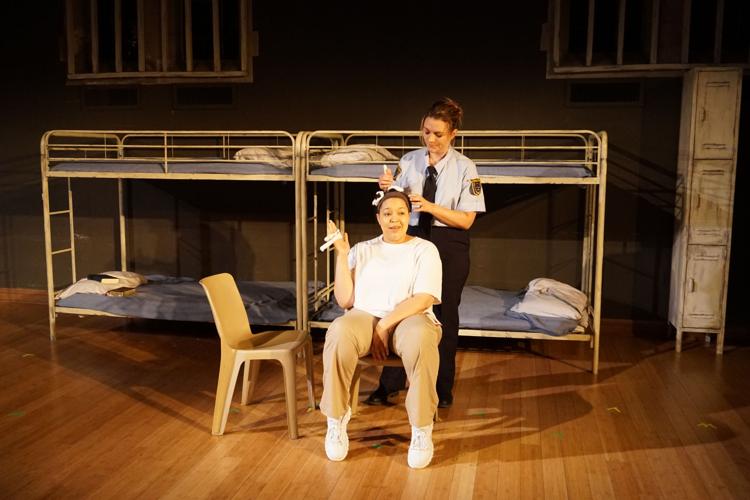 Story: A new inmate arrives at a women’s prison and quickly experiences culture shock while she tries her best to acclimate to her new existence. Mary is welcomed by Miss Alice, an older prisoner who keeps up morale in the cell block. There’s also Giant, a simple-minded young woman who gave Mary a bag of potato chips upon her arrival, something which another inmate named Mel says usually comes with a ‘condition.’

Mary’s bunk is near one occupied by Mel, a veteran prisoner who maintains a tough veneer so as not to let hope infect her spirit, something which Mel says is worse than fear or anything else. Also in the block is Bug, who considers Mel to be her best friend and eyes the new prisoner with skepticism and a bit of territorial hostility.

Officer Wallace stops in periodically to check on the prisoners and to inquire about any particular needs they may have, even if she can’t necessarily help with their requests. She’s a young and somewhat naive guard who attempts to befriend the inmates from time to time, as much out of loneliness as compassion.

Mary reveals that she’s a professional, a Ph.D. who has been charged with a white-collar crime, as she settles into her new environment. She claims that she knows how Mel can pursue a long-denied pardon. But is Mel really ready emotionally to deal with such a possibility? And what happens when the other inmates learn the real reason why Mary is imprisoned with them?

Highlights: SATE continues its 12th year, titled “Season of Entrapment,” with this affecting, haunting professional premiere of a one-act drama by playwright Stacie Lents based on the stories, experiences and points of view of women incarcerated at the Women’s Eastern Reception, Diagnostic, and Correctional Center in Vandalia, Missouri.

Other Info: Commissioned by Prison Performing Arts as part of its New Plays Initiative in 2016, Run-On Sentence was initially performed by inmates at the Vandalia facility earlier this year under the direction of PPA artistic director Christopher Limber. Several inmates contributed their efforts to the prisoner cast with polished, well-prepared performances.

As SATE notes in its news release, “Prison Performing Arts’ New Plays Initiative places nationally known playwrights into prisons to work with incarcerated artists, creating an original prison-related play for performance.” Lents’ effort is taut and well constructed, consisting of a series of vignettes in brief scenes which detail relationships between the various inmates as well as Officer Wallace. Lents interviewed 16 women in Vandalia in a 65-hour workshop over a two-week period.

SATE’s production is smartly and poignantly directed by Rachel Tibbetts, who coaxes believable, haunting performances from her disciplined cast. Taleesha Caturah anchors the presentation as the tough but articulate Mel, who in various scenes describes her own awful childhood and the sexual molestation she endured. Caturah succeeds in displaying Mel’s tough facade as well as the vulnerable heart she fears will be broken if and when a pardon is denied her for the murder she committed years before.

There’s excellent work by Wendy Renee Greenwood as the sarcastic Bug, a woman not above bullying the newbie to declare her prominence in the harsh environment. She also conveys Bug’s reliance upon Mel to help her get through each day in their forlorn state.

Bess Moynihan slowly unveils the degradation in Mary’s character in several shocking scenes, providing descriptions of her crime which turn the stomachs of even her hardened fellow inmates. It’s an especially strong performance which complements the fine work by Caturah and others.

Jamie McKittrick brings a wide-eyed simplicity to the woman-child Giant, whose grisly crime is described to Mary by others, belying Giant’s appearance as a harmless, gentle soul, which she is to a point but not entirely so.

Margeau Baue Steinau brings out the grace and stability in the role of the mother figure Miss Alice, who nonetheless can startle Officer Wallace or Mary with what motivates her to keep going forward. As Wallace, Kristen Strom exemplifies how the young officer seems out of her league should any emergency situation develop, but also displays her compassionate side.

Tibbetts keeps the episodic, 90-minute story moving efficiently, utilizing the spartan set designed by Moynihan, with the support of Tibbett’s own props, comprised of bunk beds, a seedy little storage space and a bland table at stage right, all underneath barred windows.

Tibbetts’ costume design dresses the players in plain white shirts and pants for the most part, while Dominick Ehling’s lighting underscores the depressive environment. Ellie Schwetye’s sound design is a smart, perceptive collection of tunes by various female artists covering folk music and other genres, also including the sounds of a shower down the hall from the bunk area.

Lents has created an inspirational piece based on the real-life stories of women who persevere to move forward despite their circumstances, a theme admirably painted in SATE’s engaging presentation.