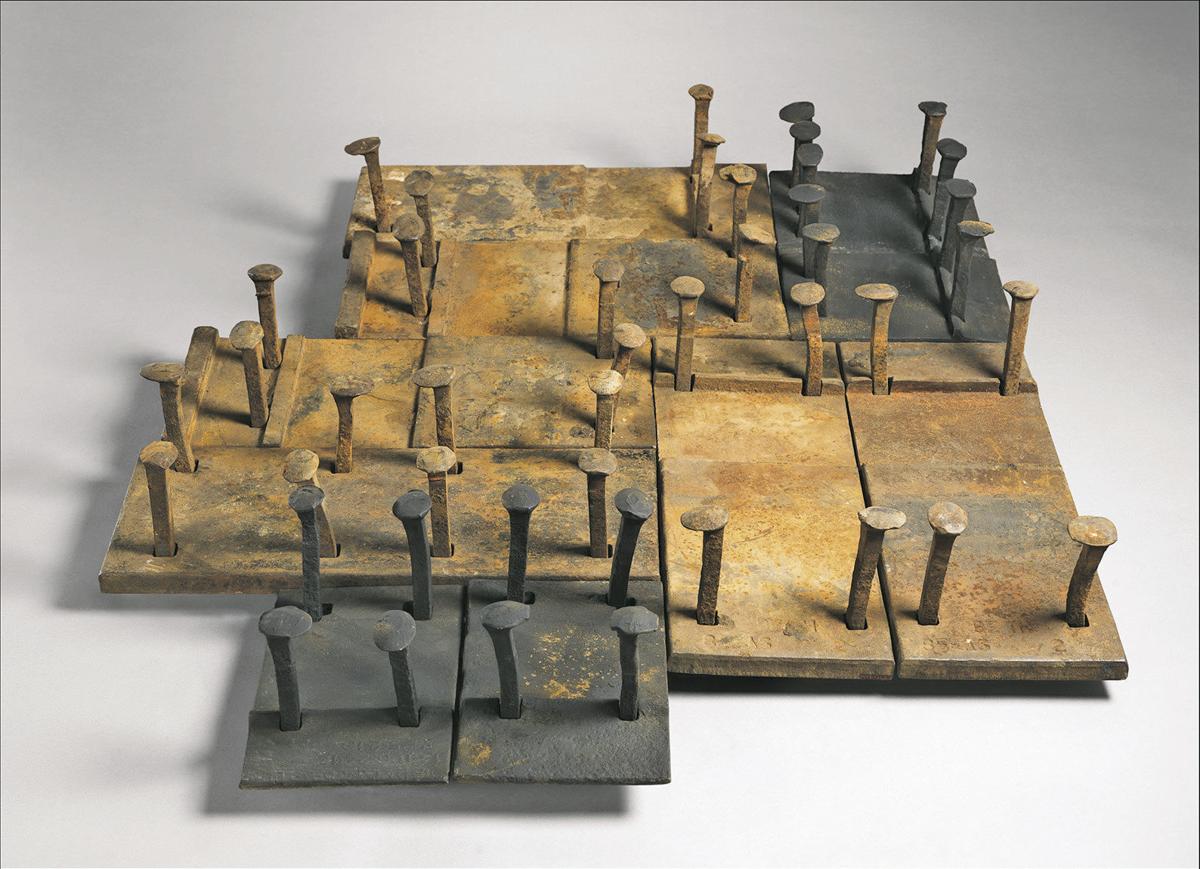 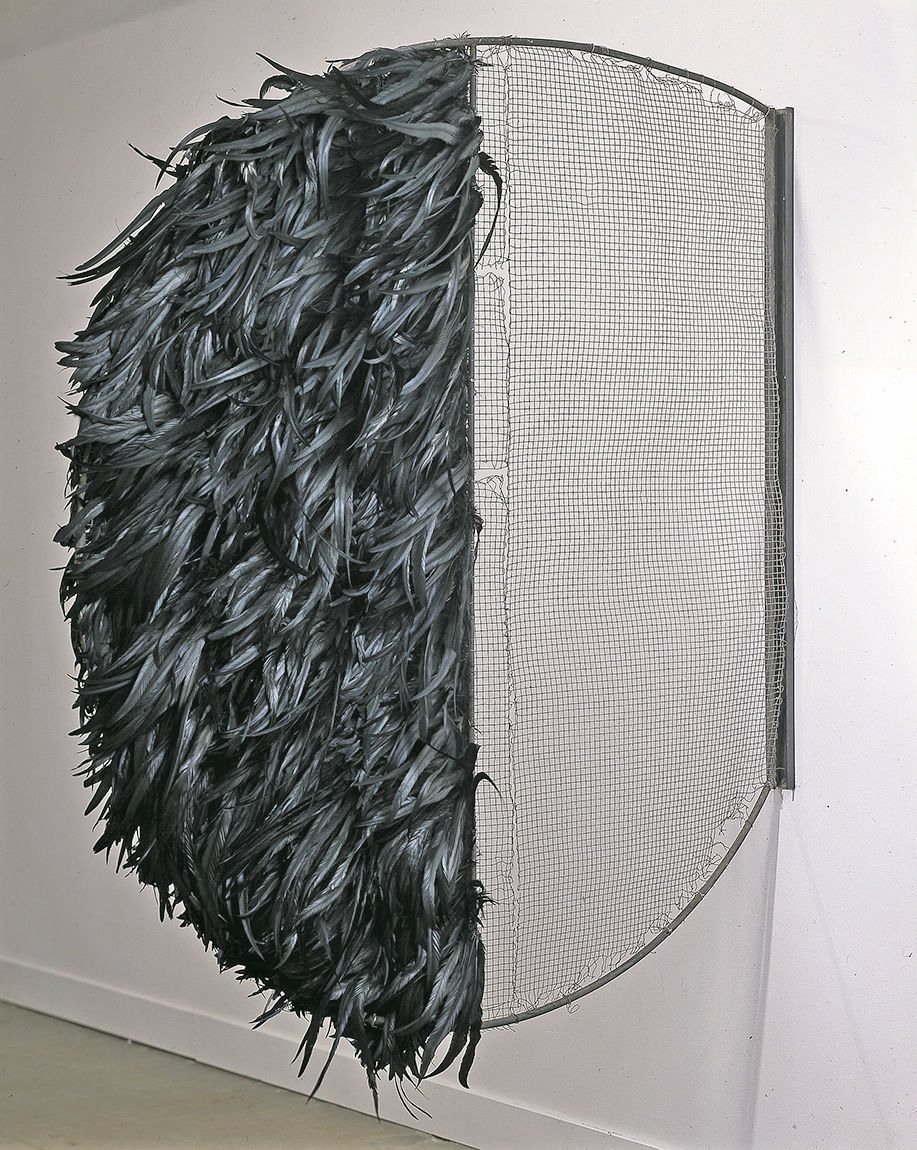 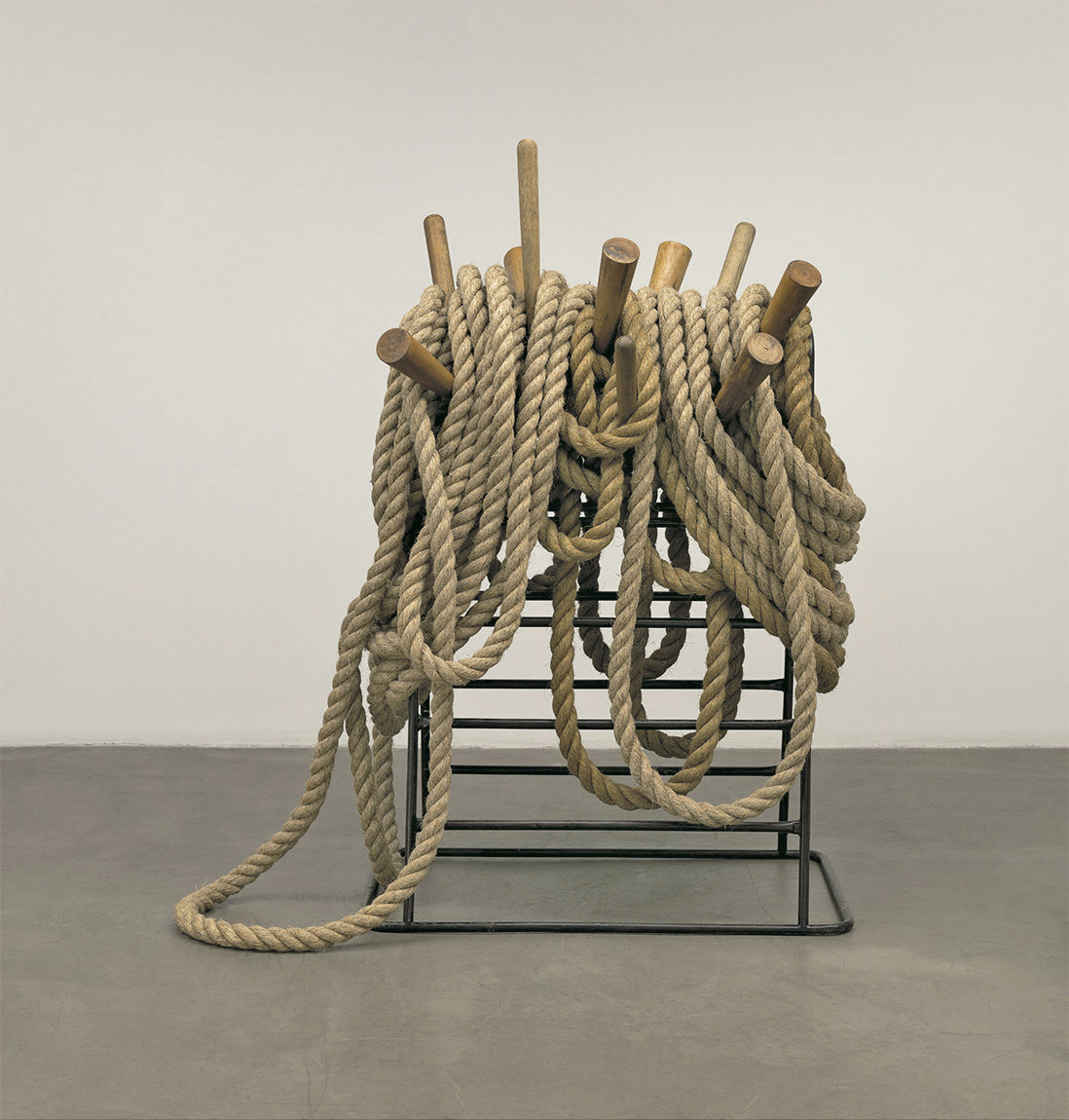 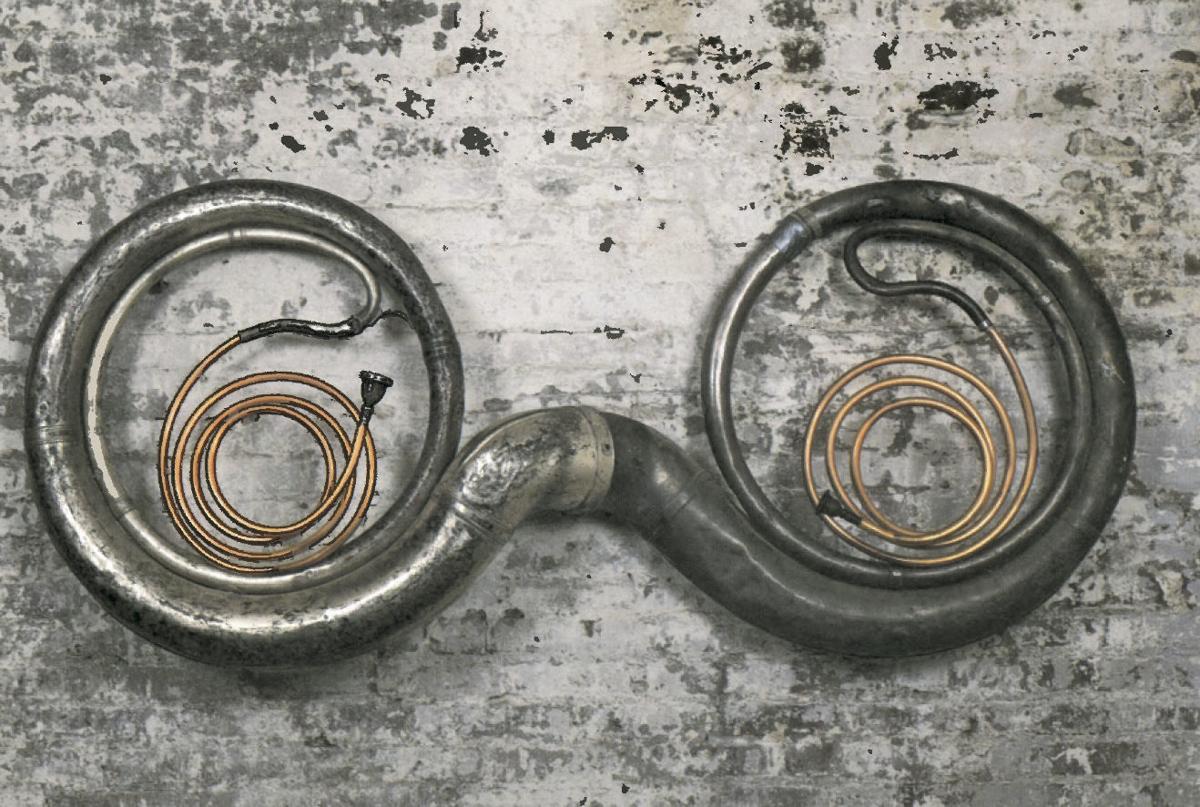 A free new exhibition focused on artist Terry Adkins presents a grand amalgam of ephemerality (in the form of music) and solidity (in the form of sculpture) at the Pulitzer Arts Foundation in St. Louis’ Grand Center Arts District.

“Terry Adkins: Resounding,” the exhibition in question, spans the career of the Washington, D.C.-born artist and opens Friday, March 13, under the oversight of Stephanie Weissberg, the Pulitzer’s associate curator. It runs solely at the museum till Aug. 2.

Adkins – who died of heart failure in Brooklyn, New York, in 2014, a mere three months short of his 61st birthday – served as a professor of fine arts in the School of Design at the University of Pennsylvania               in Philadelphia.

“Terry Adkins knew no limits,” states Cara Starke, the Pulitzer’s director, in a press release from the museum. “Rather, he erased traditional boundaries between disciplines, bringing the impermanence of music to sculpture and the solidity of sculpture to music. With ‘Terry Adkins: Resounding,’ we hope to shed new light on the career of this influential artist, whose expansive, all-encompassing body of work is at once formally rigorous and deeply personal.”

The exhibition, the release continues, seeks to “survey the trajectory of this influential artist’s expansive, improvisational practice, from rarely shown early sculptures and works on paper to his acclaimed ‘recitals’ – installations of related artworks with which Adkins … explored the legacy of unsung but significant historic figures and moments,” as “activated” by the Lone Wolf Recital Corps, a collective of multidisciplinary artists that Adkins founded.

“Throughout his career, Terry Adkins combined an improvisational approach to art-making with a deep interest in history and music,” Weissberg states in the release. “The result is a rich body of work that encompasses numerous disciplines, including sound, sculpture, video, performance and printmaking. Through his devotion to the legacies of underrecognized figures, along with his roles as a mentor and teacher, Adkins made a lasting impact on contemporary sculpture and performance.”

Supplementing the exhibition is a fully illustrated catalog with essays by Weissberg; Lowery Stokes Sims, a distinguished independent curator and art historian; and Clifford Owens, a member of the Lone Wolf Recital Corps.

The release, in an absorbing passage, states the exhibition “includes a robust selection of items that Adkins collected – books, records, musical instruments and other objects from a diversity of artistic traditions that highlight the breadth of Adkins’ literary, musical and visual influences and provide additional insight into his work.” “Terry Adkins: Resounding” also hosts Owens and other performers from the Lone Wolf Recital Corps.

The release describes a number of intriguing-sounding works, some of them quite monumental, designed to explore Adkins’ major formal and conceptual concerns, among them:

• Nenuphar, which melds “two sousaphones whose circular tubes have been joined side by side,” testifying “to Adkins’ interest in symmetry, while signaling both his engagement with performance and his interest in repurposing instruments and other objects.”

• Last Trumpet, which comprises 18-foot-long horns, for which “Adkins attached sousaphone and trombone bells to tubes of cast brass,” intending them “to evoke the horns sounded by the first four angels of the Last Judgment as described in Revelations 8.” The release continues by quoting Adkins in what may have been a puckish mood: “I made them on the scale at which I thought angels would play them.” Although initially of dubious playability, the release adds that they “proved to be instruments with great range, and were included in several of his recitals.”

• Muffled Drums, a floor-to-ceiling stack of bass drums, which may reference “the July 1917 Silent Protest Parade, organized by the NAACP to protest racial discrimination and violence in the U.S.,” according to the release. “The New York Times described the march, in which more than 8,000 people participated, as silent except for the sound of ‘muffled drums.’”

Elsewhere in the Pulitzer, Mute, an example of Adkins’ video work in one of the Pulitzer’s lower galleries, forms a testament to American blues titan Bessie Smith and incorporates part of the 1929 film St. Louis Blues, which features the only remaining footage of her. “Adkins removed the sound from the original film, drawing attention to the emotional intensity of Smith’s body language as seen through the video’s triptych of close-up shots of her as she sings the title song,” the release notes.

Otherwise, “Terry Adkins: Resounding” features a series of music-based works on paper that Adkins produced daily for more than a decade; roughly 20 wall-mounted musical instruments acquired during the artist’s lifetime, including trumpets, drums, rattles and a variety of lute native to the West African coast; and “memory jugs (memorial objects from the American South) and bells, which were an integral component of the artist’s performing practice,” notes the release.

In a similar mode, two works titled Mvet Glorious and Mvet Majestic II “evince Adkins’s interest in pairing and mirroring, as well as his burgeoning thoughts about merging music, performance and sculpture. Each of the sculptures consists of two nearly 7-foot-high ovular pieces of wood that are nearly contiguous, yet not parallel to each other. … The mvet is a string instrument used by the Fang people of Gabon, Cameroon, São Tomé, and Equatorial Guinea.” The release quotes Adkins as explaining: “Mvet is onomatopoetic. It refers to the sound made by some West African instruments.”

Last but scarcely least, the exhibition closes with, among other pieces, works devoted to legendary blues musicians.

Of all the components of “Terry Adkins: Resounding,” however, perhaps none sounds more arresting than the artist’s longest-running work and his first use of found materials, Infinity, whose creation dated from 1972 to, astonishingly, 2014.

At the age of 19, the release relates, Adkins “stole a copy of an album by jazz saxophonist John Coltrane, who, like Bessie Smith, exerted a powerful and ongoing influence on the artist. To atone for this, Adkins decided to purchase a copy of the record whenever he encountered it, ultimately buying dozens of them, which he placed in a trunk that he had found in Tennessee. During his lifetime, the trunk was displayed nearly full, with the records arranged in two rows and the lid propped open.”

When translated into an art installation, that act of atonement – so outré, yet so quotidian – may well resound quite powerfully with many Pulitzer visitors.