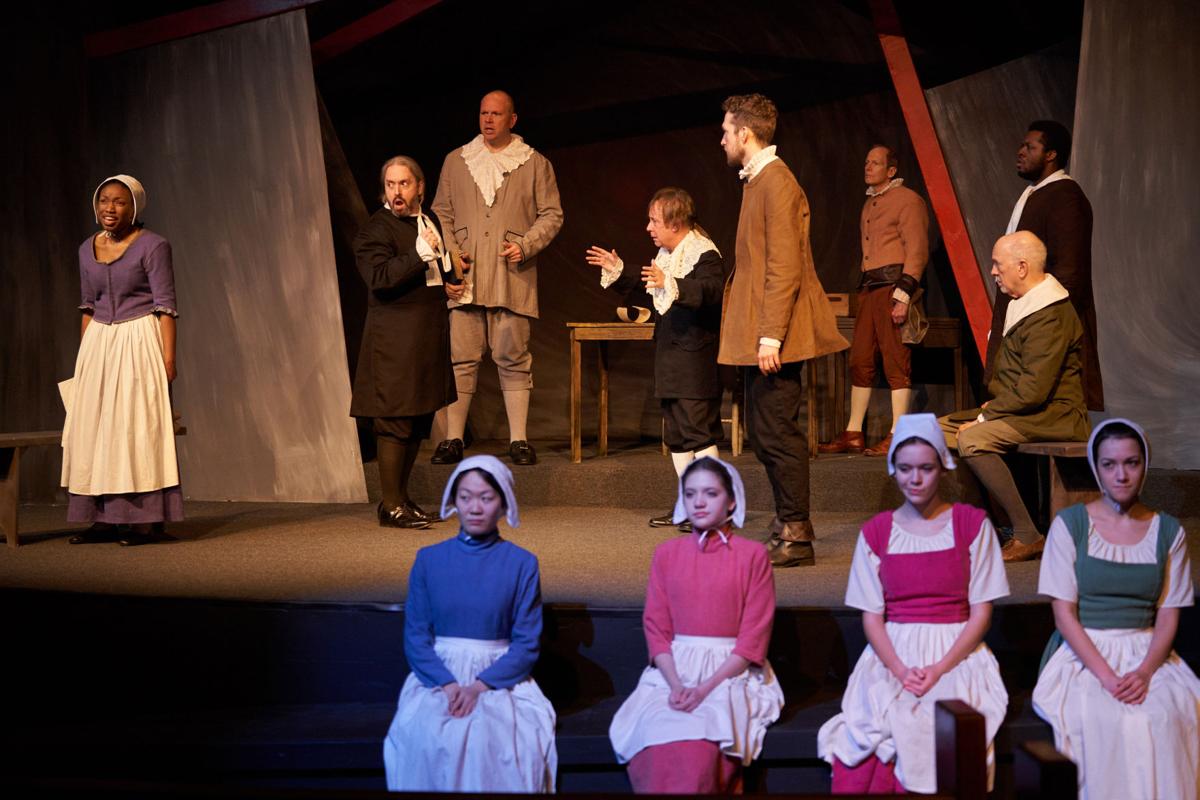 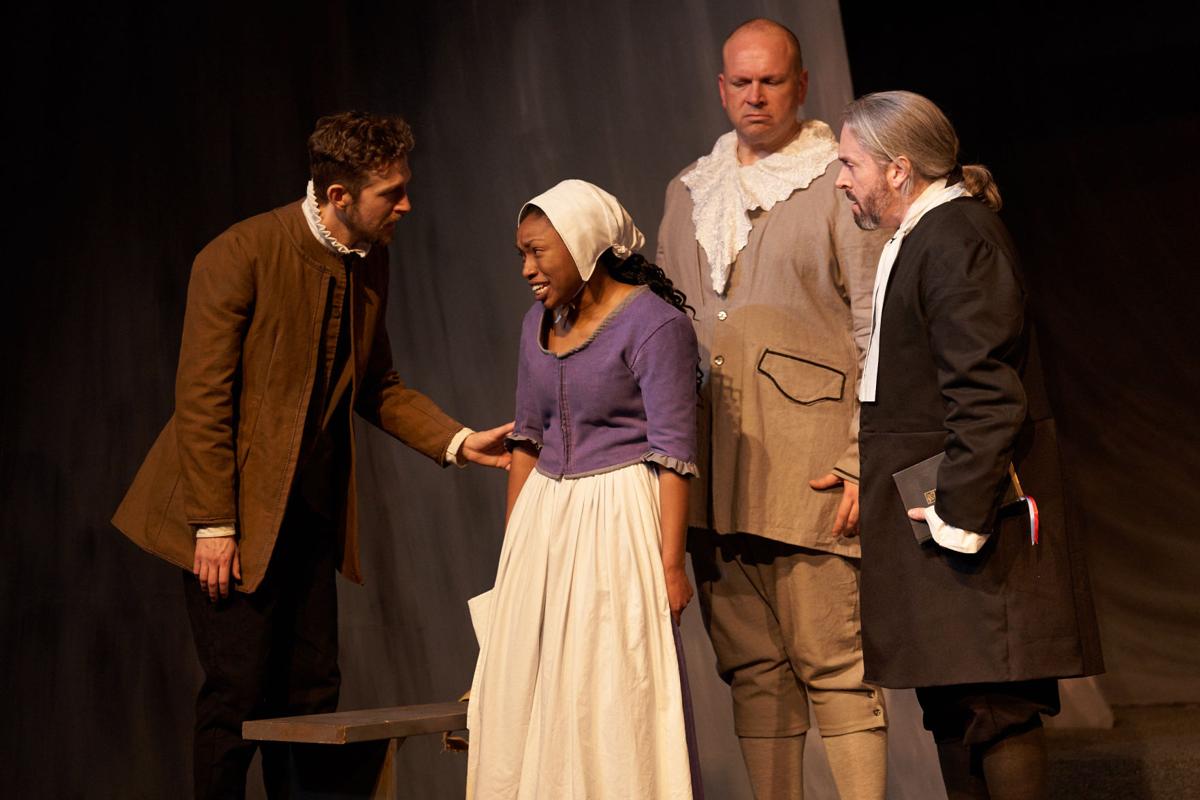 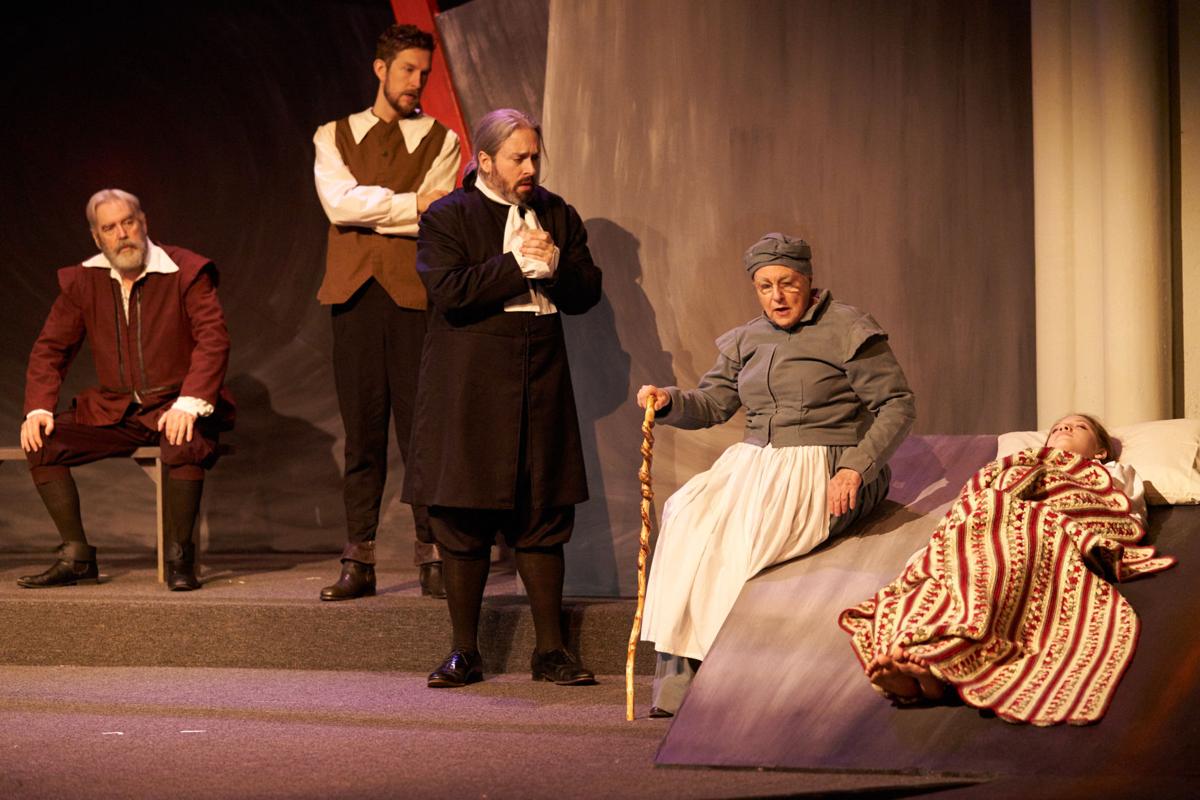 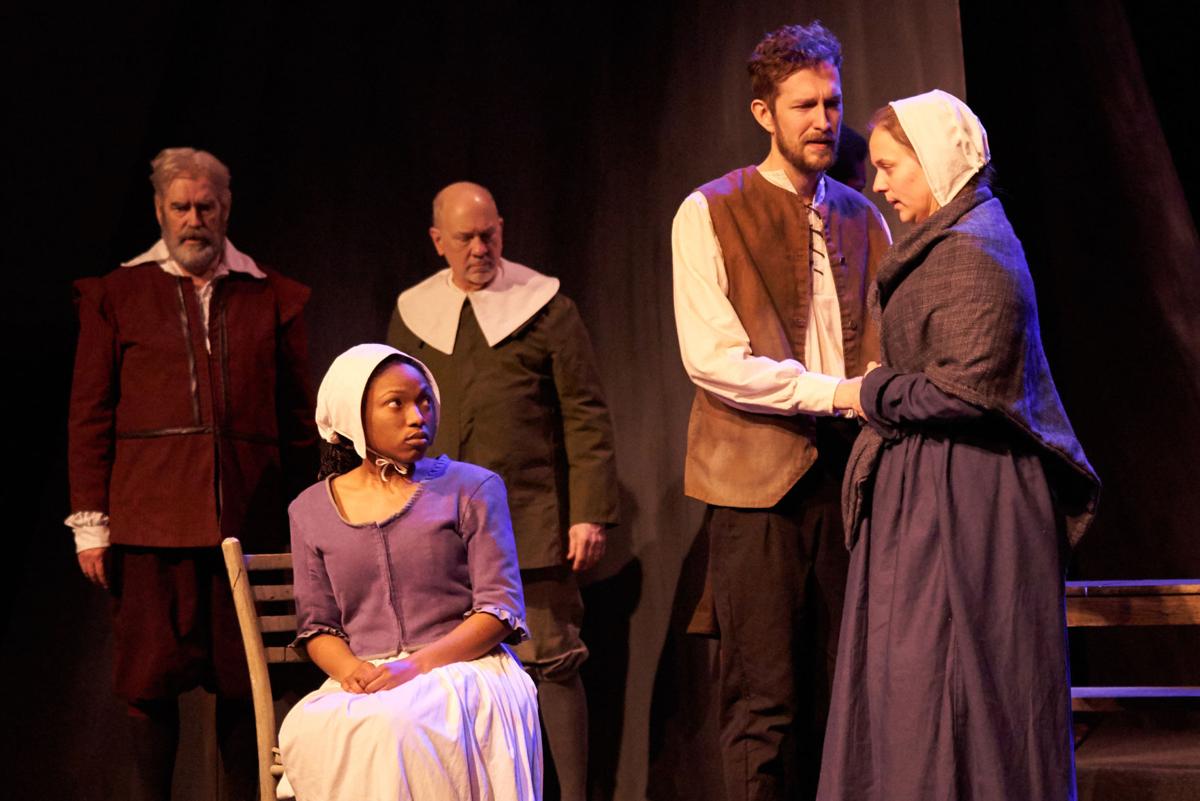 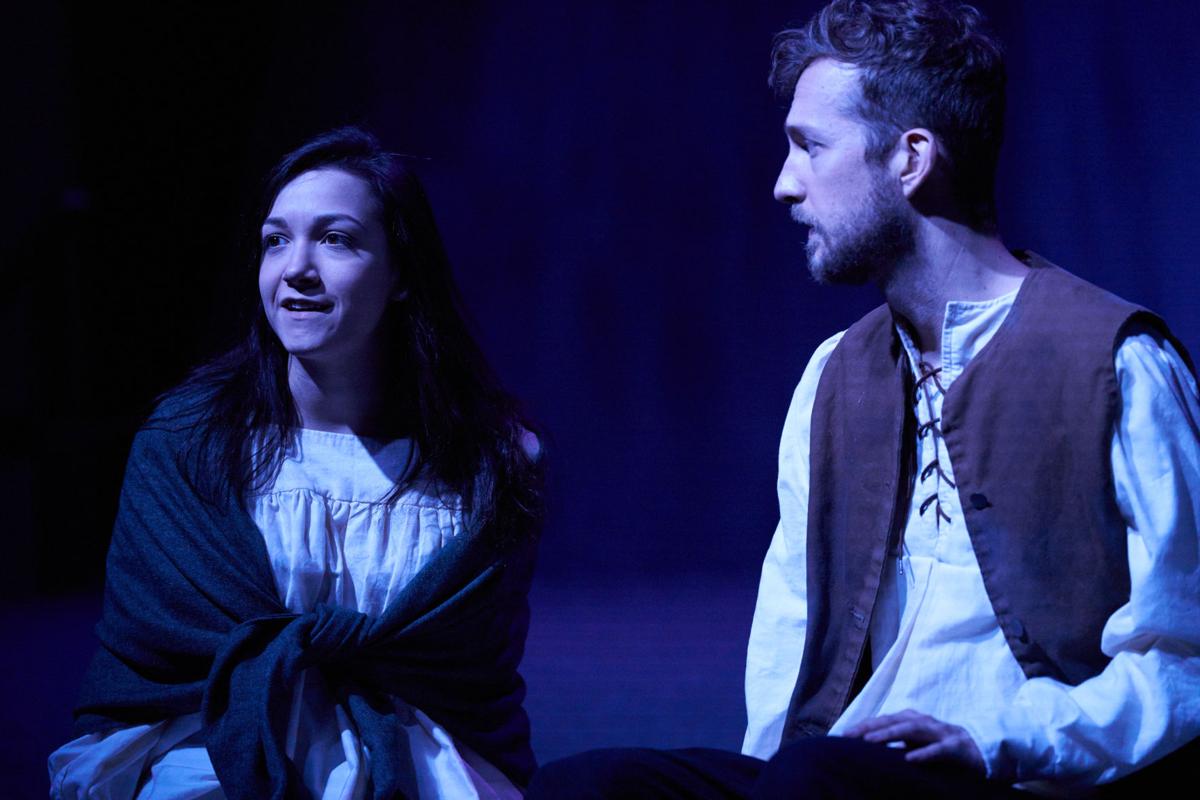 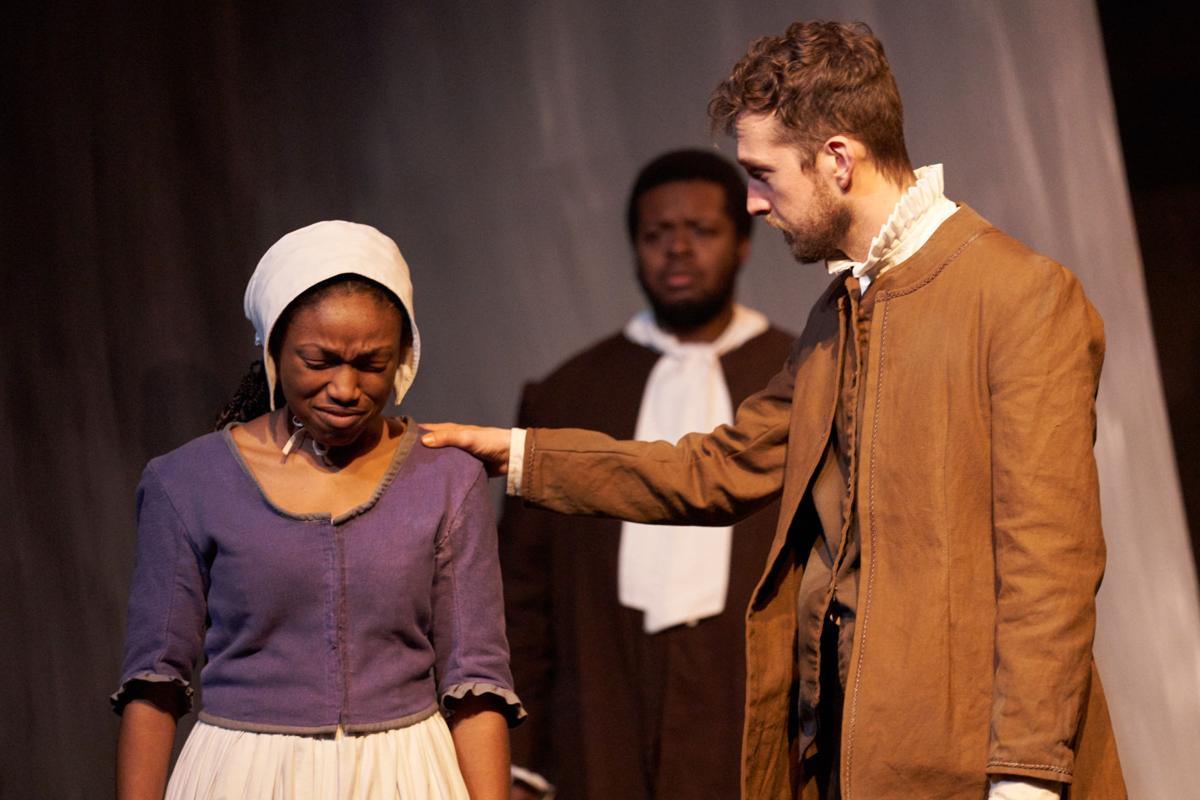 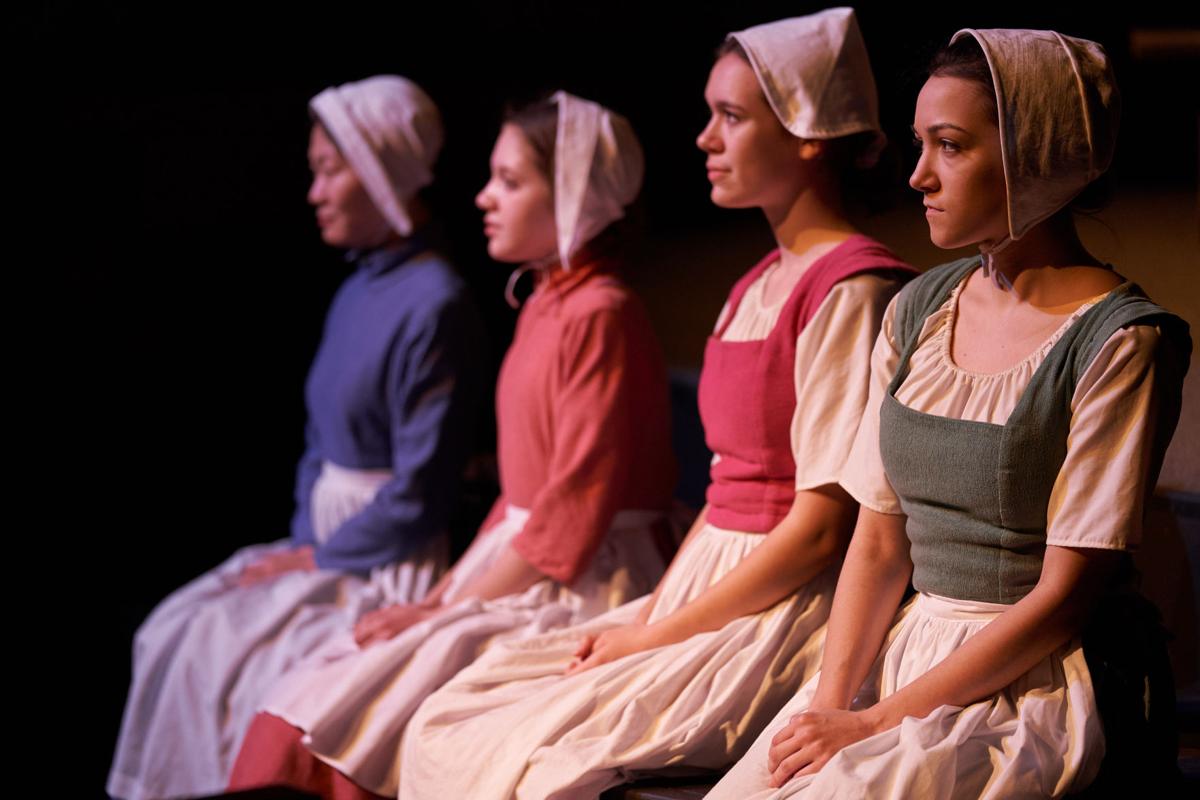 Story: Reverend Parris sees his Barbadian slave Tituba and several girls, including his daughter Betty and niece Abigail, dancing in the woods at night in what appears to be a pagan ritual. When Betty lies stricken in bed the next morning, Parris reports what he saw, setting off an already smoldering firestorm of suspicion about witchcraft in the town of Salem in the Massachusetts Bay Colony in 1692.

Hysteria soon envelops Salem, fanned by the accusations of Ann Putnam, who has lost seven of her eight children at childbirth and suspects demonic forces behind those tragedies. While the wise Rebecca Nurse urges caution and that a physician attend to Betty, others prefer a rush to judgment.

Parris enlists the aid of outsider Reverend John Hale, who at first is suspicious of witchcraft but gradually comes to the belief that Abigail and the other girls aren’t possessed but rather stirring up trouble. When Abigail is spurned by her former lover, farmer John Proctor, she seeks revenge against Proctor’s wife Elizabeth. A ‘poppet’ (puppet doll) with a pin inserted into it found at the Proctors’ residence is used as evidence to arrest Elizabeth.

With dozens of citizens, including Proctor, charged with witchcraft, Deputy Governor Danforth and Judge Hathorne are sent to oversee the trials. Voices of reason are drowned out by the shouting accusers as well as ignored by the narrow scope of Danforth’s reasoning. The victims share the ‘crucible’ of fighting ignorance and hysteria as they face death for their so-called crimes.

Highlights: Stray Dog Theatre artistic director Gary Bell painstakingly recreates the original 1953 staging of playwright Arthur Miller’s Herculean look at the unstoppable wave of unfounded accusations in Puritanical Salem, an allegory for the McCarthy-era search for communists in America at the time the play debuted.

Other Info: Miller wrote The Crucible in response to Senator Eugene McCarthy and his U.S. House of Representatives’ Committee on Un-American Activities, which terrorized hundreds of people in the early to mid-1950s, including Miller himself. Bell’s director’s notes in the Stray Dog program also perceptively point out the “public shaming” which routinely occurs today in social media, the disgraceful descendant of the McCarthy era.

Bell is a fervent believer in paying due diligence to a playwright’s script. Therefore, his excellent rendition of The Crucible plays out in three and a half hours which cover four acts. Interspersing three intermissions between those acts is a very good idea, allowing for legs to be stretched and minds to relax a bit while perusing Miller’s steadily sober dialogue.

The limited action plays out on an odd but effective set designed by Josh Smith, which is dominated by shards of metal or wood stretching out in all directions. Tyler Duenow’s moody and atmospheric lighting is in sync with that notable scenic design, underscored by the melancholy guitars which periodically surface in Justin Been’s sound design. Amy Hopkins’ costumes also enhance the effect.

No fewer than 21 performers are on stage at one time or another. With such a large cast, interpretations range from superior to mundane, so this isn’t exactly Masterpiece Theatre caliber on the whole. For the most part, though, Bell’s careful direction and the buy-in by his cast to their roles make this an arresting and absorbing presentation.

Leading the efforts are well-crafted turns by Joe Hanrahan as the vindictive Deputy Governor Danforth and Cynthia Pohlson as the calm and steady Elizabeth Proctor. Abraham Shaw is compelling as the sagacious Reverend Hale, who regrets his early impulses and works to clear the names of the wrongly accused.

Graham Emmons starts slowly but builds convincing momentum as the aggrieved Proctor, who sacrifices himself in an attempt to end the mob mentality. As Abigail, Alison Linderer displays both the girl’s infatuation with the older Proctor as well as her scary control of other impressionable young women in the town.

There’s superb work by Kelli Wright as the wronged slave Tituba, especially effective when she creepily falls under the ‘swoon’ of possession, and by Chrissie Watkins as the Proctors’ dutiful but pliable servant Mary. As Reverend Parris, Ben Ritchie sets the wheels of injustice in motion with the minister’s uncertainty.

It’s remarkable how timely and relevant The Crucible is in the 21st century. Miller’s expert drama, which won the 1953 Tony Award for Best Play, shows humanity both at its finest and in its worst moments simultaneously. Stray Dog Theatre’s version is a noble and rewarding undertaking.