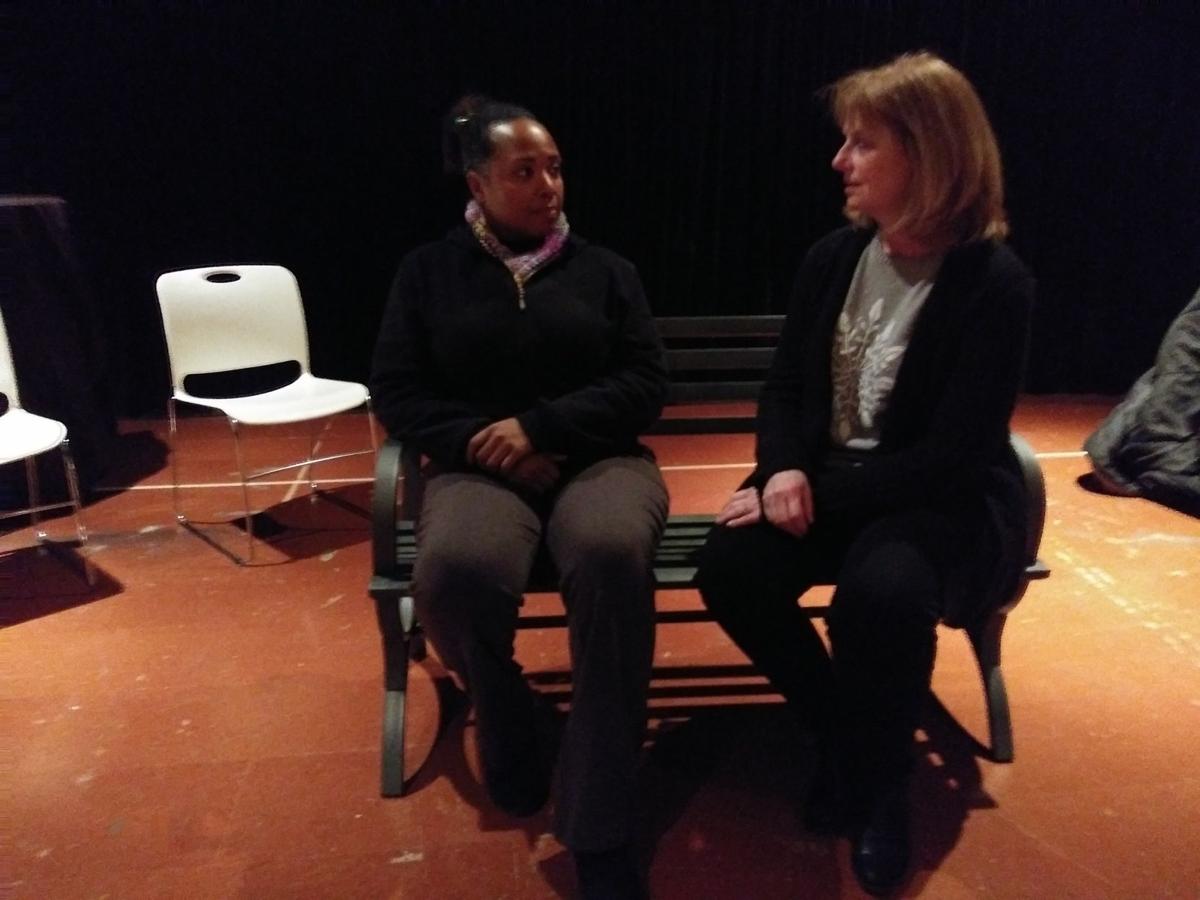 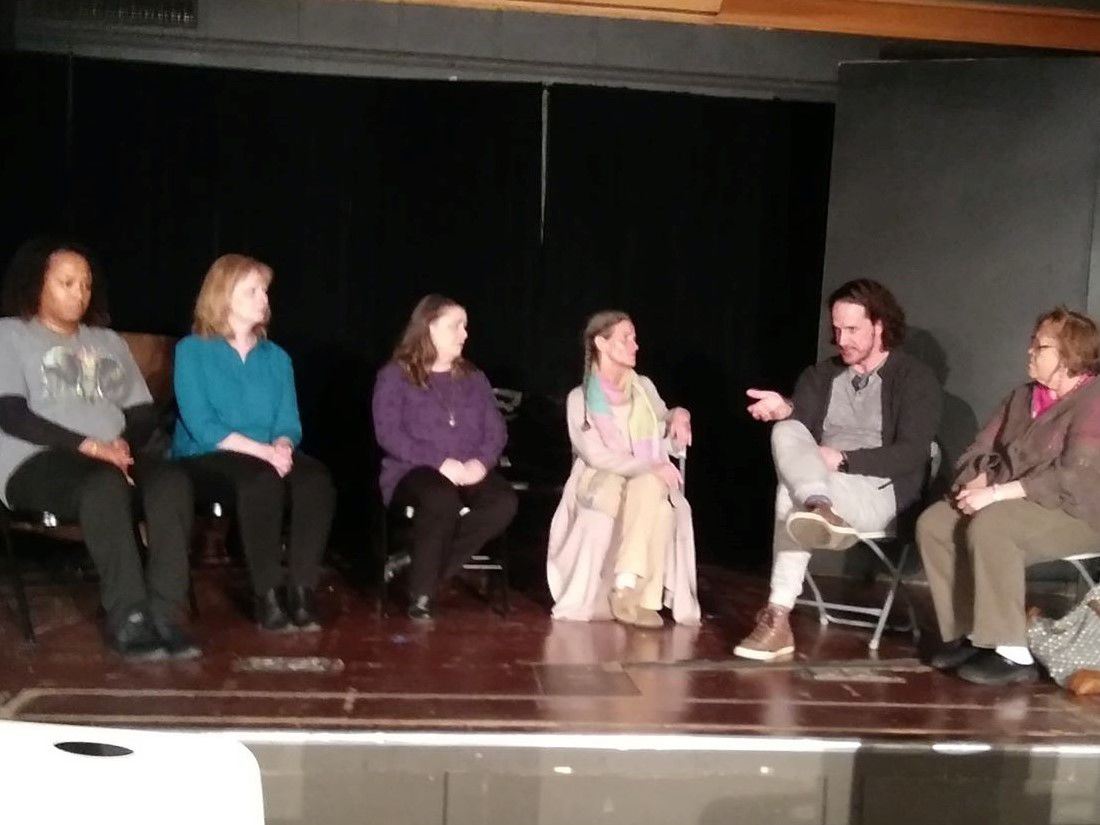 Story: Two young men stand on the stage and speak to the audience. At stage right is a white teen named Noah, who tells us he was diagnosed with general anxiety disorder at age 12 and has taken medication for that condition ever since.

His father is a demanding sort and his sister is argumentative in her relationship with her parents, but Noah’s compassionate mother Rachel gave up a promising career in the non-profit sector to care for her children.

One night Noah took a cocktail of oxycodone and Scotch which proved fatal. His mother considers his death a suicide while his father looks at it as an accident.

At stage left stands Lawrence, a young black teen who lived with his mother Gloria, a woman who put herself through nursing school. Lawrence is an easygoing kid who says he has raised eyebrows in his community with his stated desire to become an actuary, a profession which appeals to the math-oriented lad. Tragically, Lawrence’s life was cut short when a wayward bullet from a block away killed him en route to the library.

As Rachel and Gloria try to cope with their enormous losses, they join a grief counseling group overseen by a psychologist named Mechelle. The therapist also meets with Gloria in private sessions and with Rachel and her husband Ken as well, although Ken quickly demonstrates that he has little use for an “outsider”’s counseling.

The two mothers know that their sons are gone, yet they struggle to move forward and give renewed meaning to their lives. They’re at an emotional precipice, looking for clues for any optimism to their own forlorn situations.

Highlights: TRUE Community Theatre made an impressive debut with its recent production of this well-written and engrossing one-act drama by Donald C. Miller and Elaine Ellis.

Other Info: TRUE (Tolerance and Respect Unifies and Empowers us) did a good job reinforcing its mission with this lean, 50-minute, one-act drama. Set, costumes and lighting were minimal and weren’t credited in the program, but the sound design featuring stark piano notes accentuated the poignancy of the story.

Miller also served as director for the tale, which was performed before a capacity crowd on Sunday afternoon. His cast did a fine job portraying the various characters, including humorous moments in the grief counseling section which was reminiscent of the group therapy scenes in the old Bob Newhart Show. One character, a bossy sort named Peg, even filled the role of the domineering Mr. Carlin in that classic TV comedy series.

Taleesha Caturah and Kay Love admirably portrayed affected mothers Gloria and Rachel, respectively, demonstrating the women’s considerable grief both in sessions with the therapist as well as a touching final scene of the two of them at a city park.

Chuck Brinkley succeeded in depicting the macho personality of Ken, not the most sensitive person even though he reminds Rachel that he was affected by their son’s death as well. Margeau Steinau emphasized the therapist’s steady approach to her work with a flat monotone suitable for the situation.

Dan Haller and Travis Wiggins did fine work as Noah and Lawrence, two affable kids whose lives are cut tragically short, as are their hopes and ambitions.

Other members of the grief counseling group were well portrayed by Sara Hamilton as Janice, trepidatiously re-entering the dating scene; Brenda Morrison as the sharp-tongued and nosy Peg, who also has lost a child; and Shane Signorino as Stuart, dealing with his own short-lived happiness.

One problem with the script is that a reference is made to Lawrence being killed indiscriminately on the streets of the city with a stray bullet. He lives in Creve Coeur, however, not the City of St. Louis, an affluent suburb where most anyone could have been where Lawrence was, in the wrong place at the wrong time. Not a huge deal but a point to consider if the script is to be fine-tuned for future performances.

Miller directed the show with care and consideration, both for the script he penned with Ellis as well as the believable performances of his cast. Precipice marked a fine introduction for this newest theater company in town.