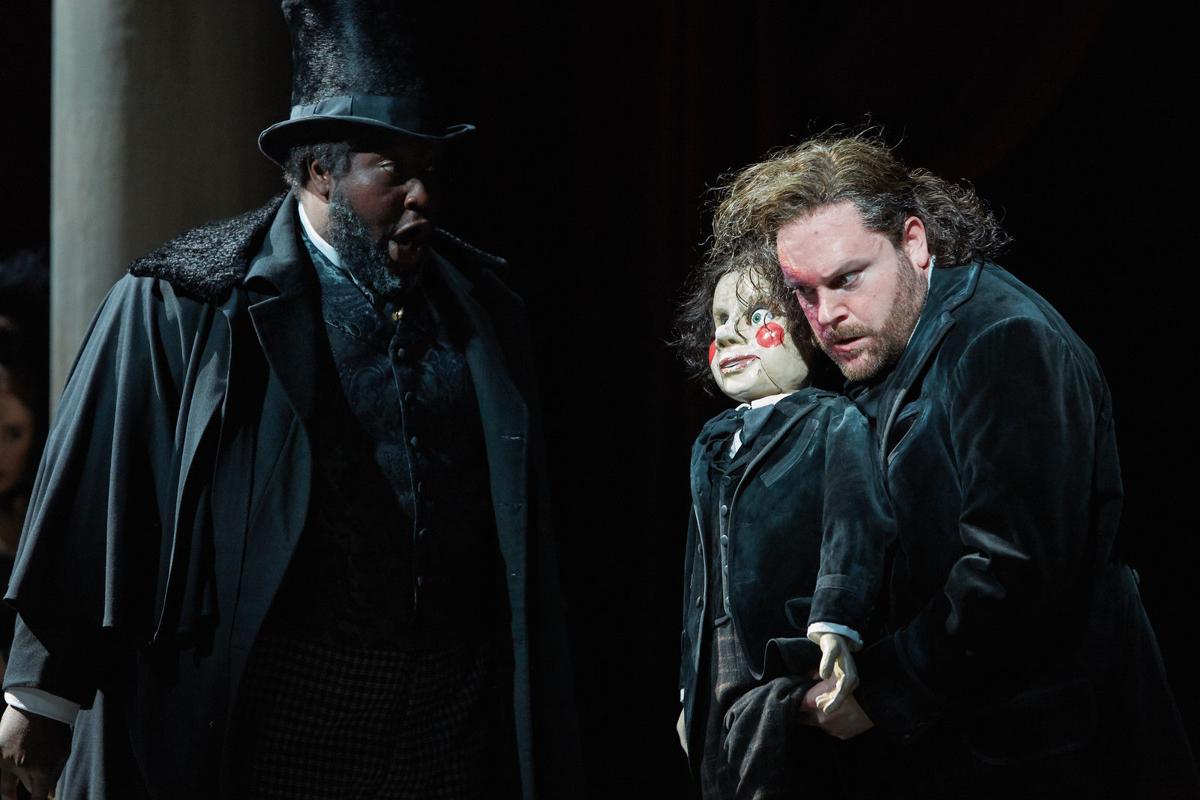 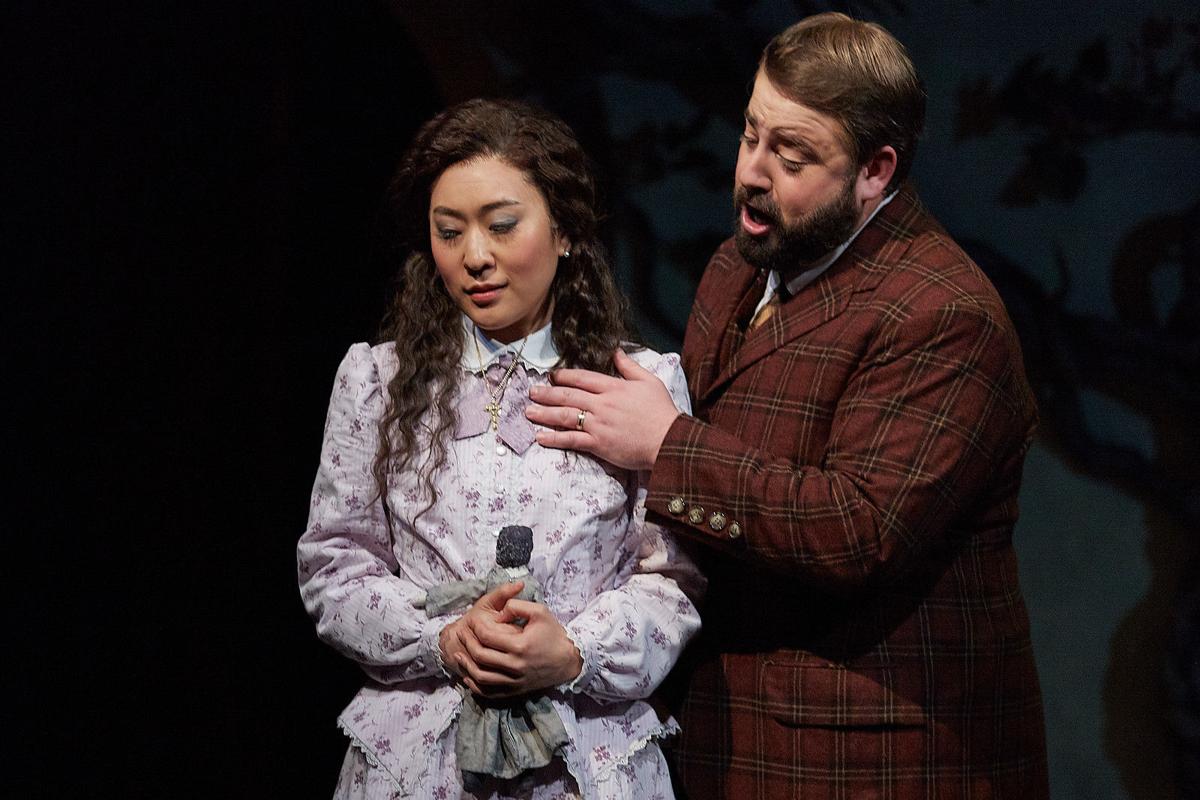 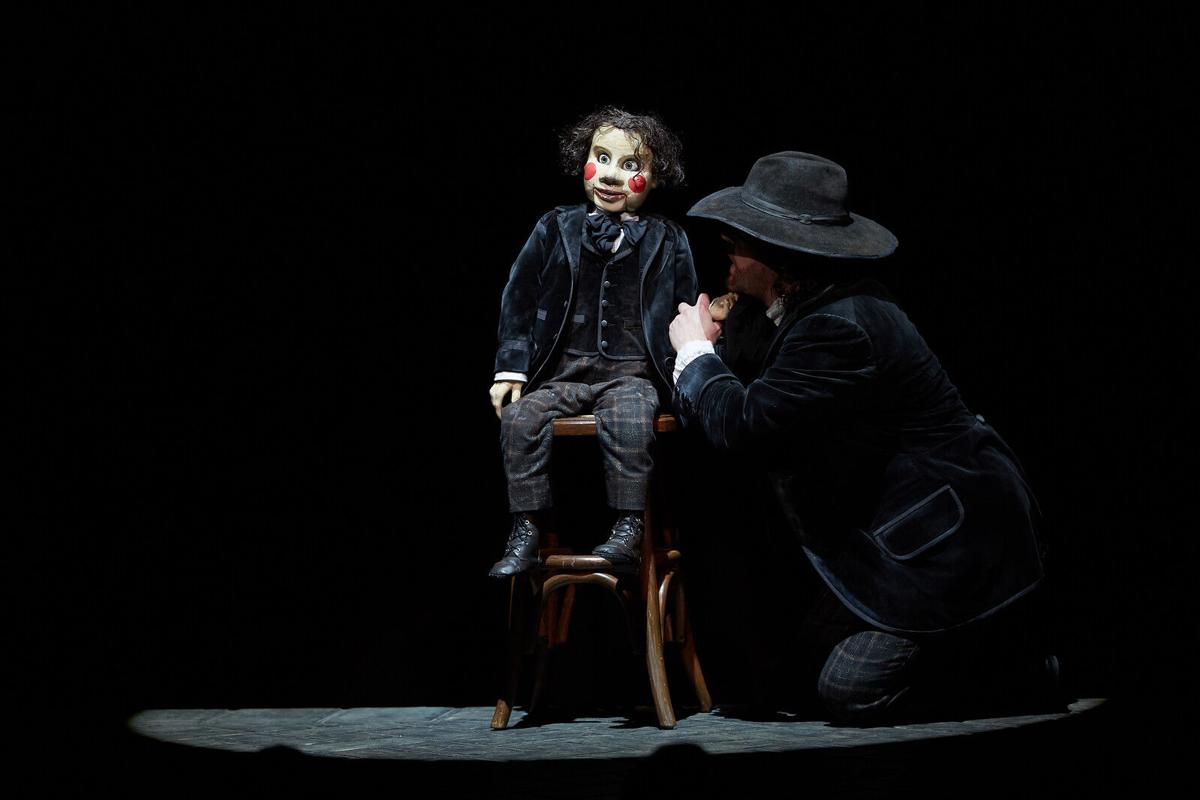 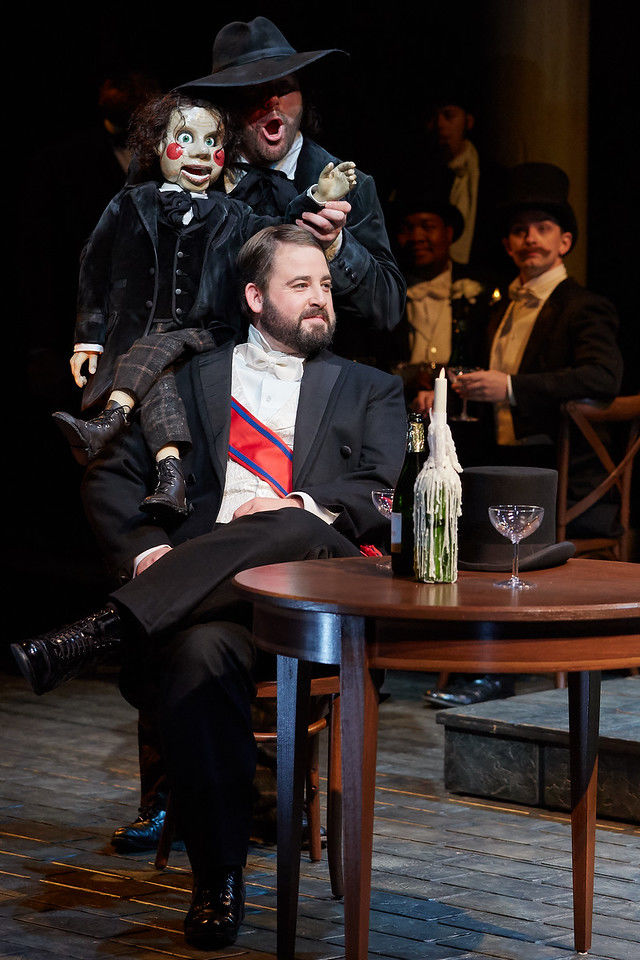 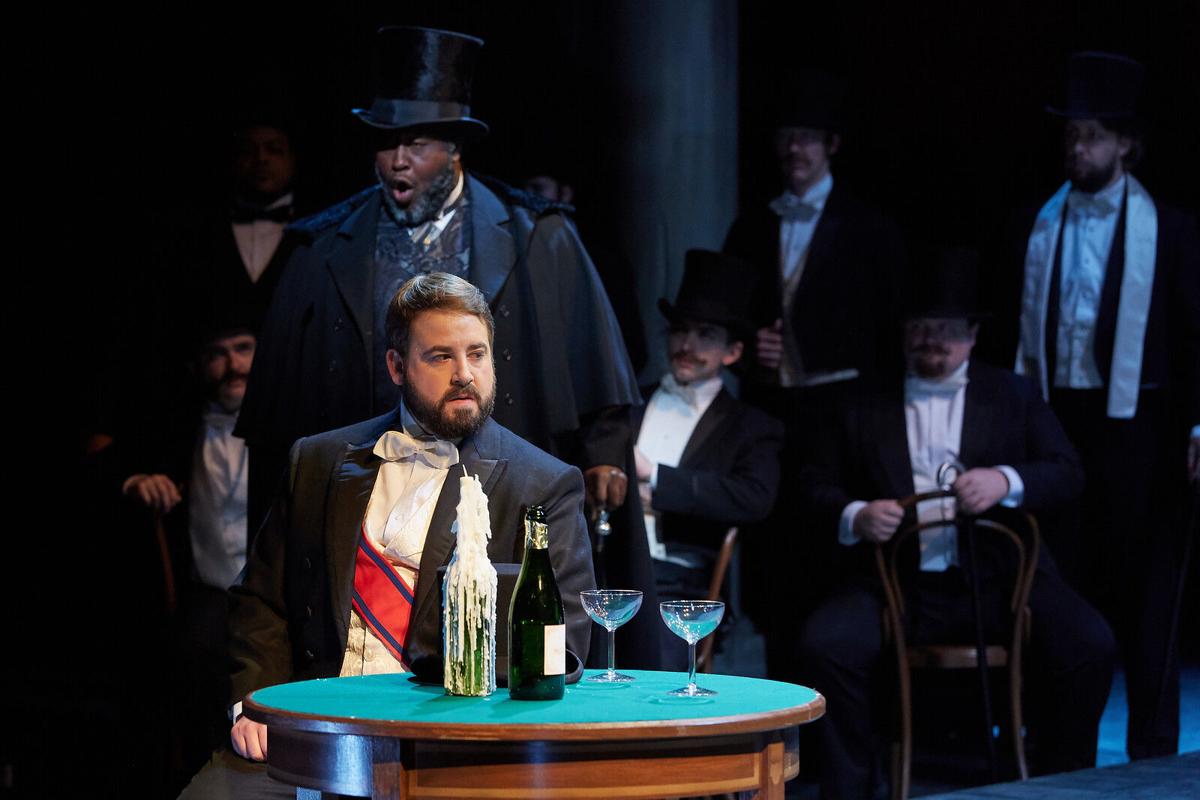 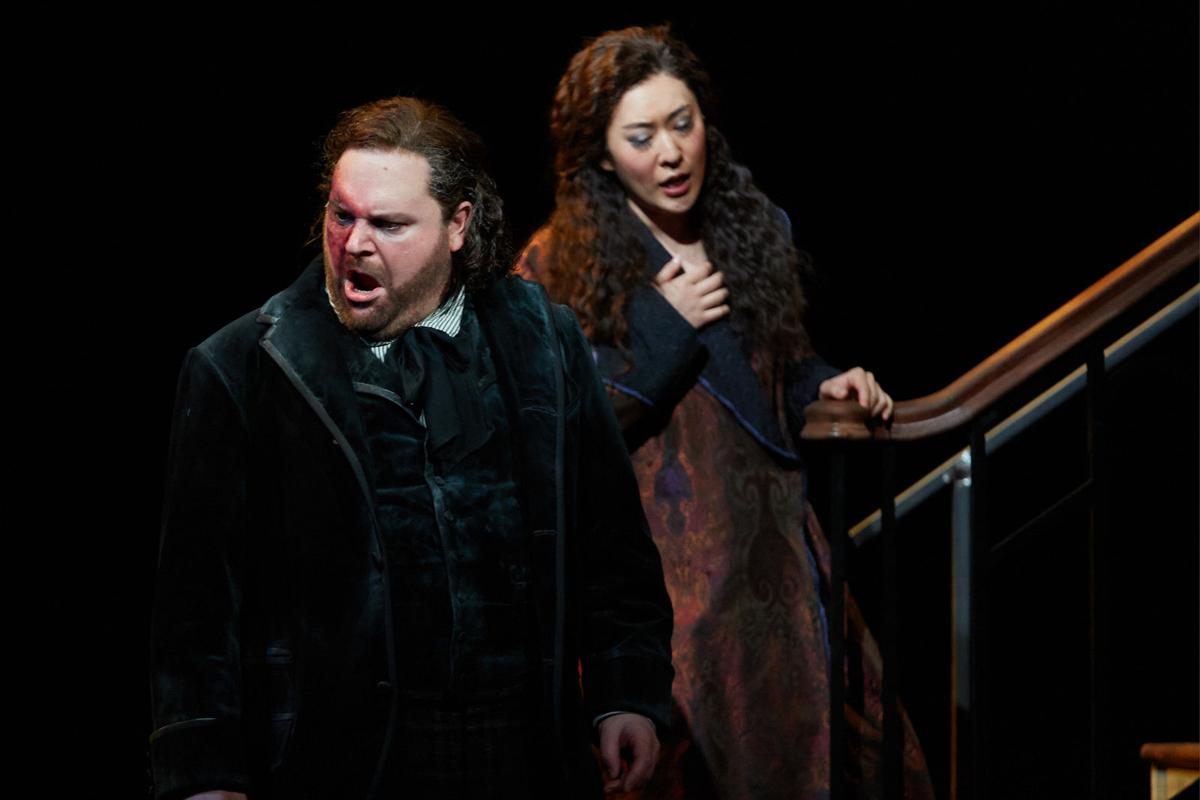 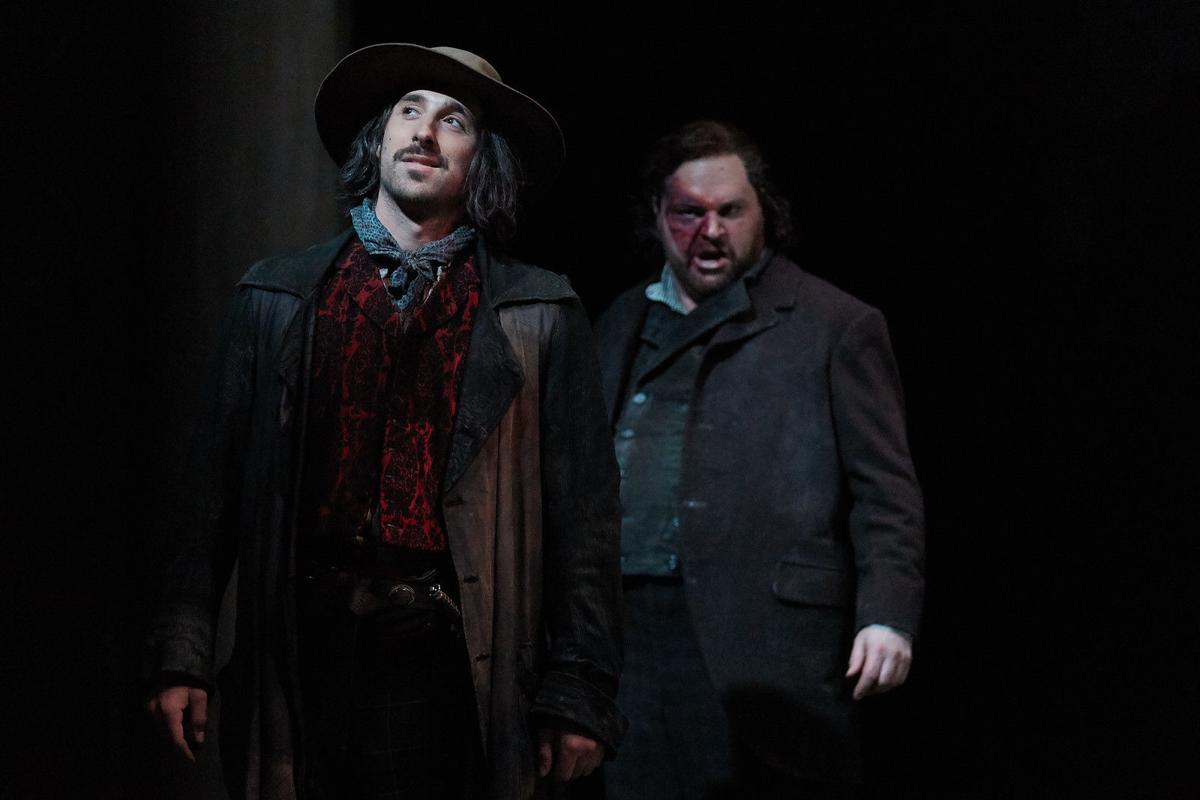 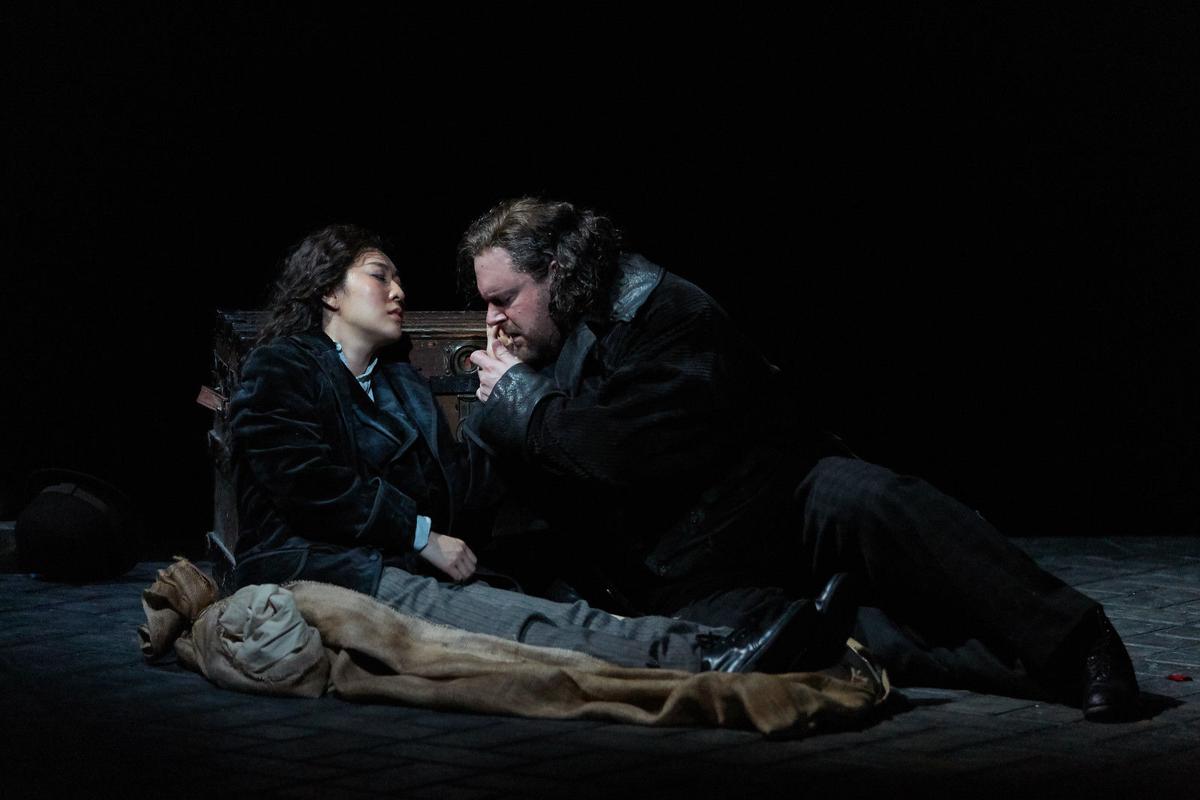 Story: Rigoletto, the deformed court jester to the womanizing Duke of Mantua, enrages the guests at a party held by the duke with his outrageous insults, all while his boss pursues any woman he covets, including the wife of the Count Ceprano.

When the older Count Monterone bursts in on the scene, he angrily denounces the duke for seducing Monterone’s daughter. As he is led away to imprisonment by the duke’s guards, Monterone utters a curse on both the duke and Rigoletto for their insolent and insensitive behavior, saying they will befall the same fate as he has.

Rigoletto is unnerved by the curse and, as he returns home, encounters the paid assassin Sparafucile. While refusing Sparafucile’s offer to kill Rigoletto’s enemy for a price, Rigoletto promises to keep the killer in mind for possible future work.

Entering his house, the jester meets his daughter Gilda, the only person who holds any meaning for him. He has overly protected her to the point that she only is allowed out of the house to attend church services. After he leaves, the duke visits Rigoletto’s home, bribing Gilda’s nurse to speak with her. Gilda recognizes him as the young man from church, with the duke masquerading as a poor student.

When Rigoletto learns that Gilda has fallen in love with the duke, he agrees to join a band of courtiers who have plotted to kidnap the woman they believe is Rigoletto’s lover but who is actually Gilda. Blindfolded, Rigoletto unknowingly helps in the abduction of his daughter.

Learning what he has done, he hires Sparafucile to kill the duke. However, after the duke cavorts with Sparafucile’s sister Maddalena, she convinces her brother to murder instead the first stranger to enter their tavern that night. Overhearing this, and despite learning of the Duke’s infidelities and selfishness, Gilda decides to sacrifice herself to save her lover, much to her father’s shock and anguish.

Other Info: Based on French writer Victor Hugo’s 19th century play, Le roi s’amuse (The King Is Amused), Verdi’s opera, first performed in 1851 in Venice, escaped the censors who closed Hugo’s drama for its anti-aristocratic sentiments after just one performance two decades earlier.

According to the informative article in OTSL’s program, painstaking negotiations between Verdi’s librettist Francesco Maria Piave and his publisher Ricordi with government censors enabled Rigoletto to be performed, greeted with popular acclaim.

One of the staples in the operatic repertoire, Rigoletto was first produced by OTSL in 1981 and again in 2005. For this third production, which features an English translation by James Fenton, stage director Bruno Ravella makes his Opera Theatre debut. Leaving his mark on this version, Ravella moves the setting from 16th century Italy to late 19th century France, closer to the 1830s era of Hugo’s original work.

He also conceived the idea of Rigoletto being a ventriloquist, allowing for a clever comparison between the vulgar, public court jester (the dummy) and the lonely, insecure private man, leaving the audience to decide who is actually pulling whose strings in this fractured persona. Additionally, he removes Rigoletto’s hunched back and replaces it with a discolored face, albeit just as challenging for the bitter Rigoletto.

Alex Eales contributes well-crafted scenic designs for each of the story’s three acts, which span about two and a half hours with an intermission, with the dummy sitting alone on a chair before the opening curtain is drawn to the Duke’s party, a second act at Rigoletto’s two-story house and the third in Sparafucile’s tavern.

Christopher Akerlind’s lighting enhances the brooding, dark mood of the piece, while costume designer Mark Bouman matches attire with appropriate classes and adds a telling touch with the similar threads for Rigoletto and his dummy. Tom Watson provides the accentuating wig and makeup design.

Ravella moves the production compellingly along, aided by strong performances by the players in key parts. Roland Wood delivers both the sarcasm and anguish inherent in the title role, using his brooding baritone to good effect. Soprano So Young Park is affecting as the naive and forgiving Gilda, especially touching in her duets with Wood.

Tenor Joshua Weeker confidently showcases the venality of the Duke in the character’s lusty and self-aggrandizing arias, while Nicholas Newton lends gravity to the wronged Count Monterone with his imposing bass-baritone.

Rigoletto remains among the most popular of all operas nearly 170 years after its premiere. Ravella’s interesting take on its characters and his cast’s powerful interpretations make this OTSL version an enriching reminder of Verdi’s talents.