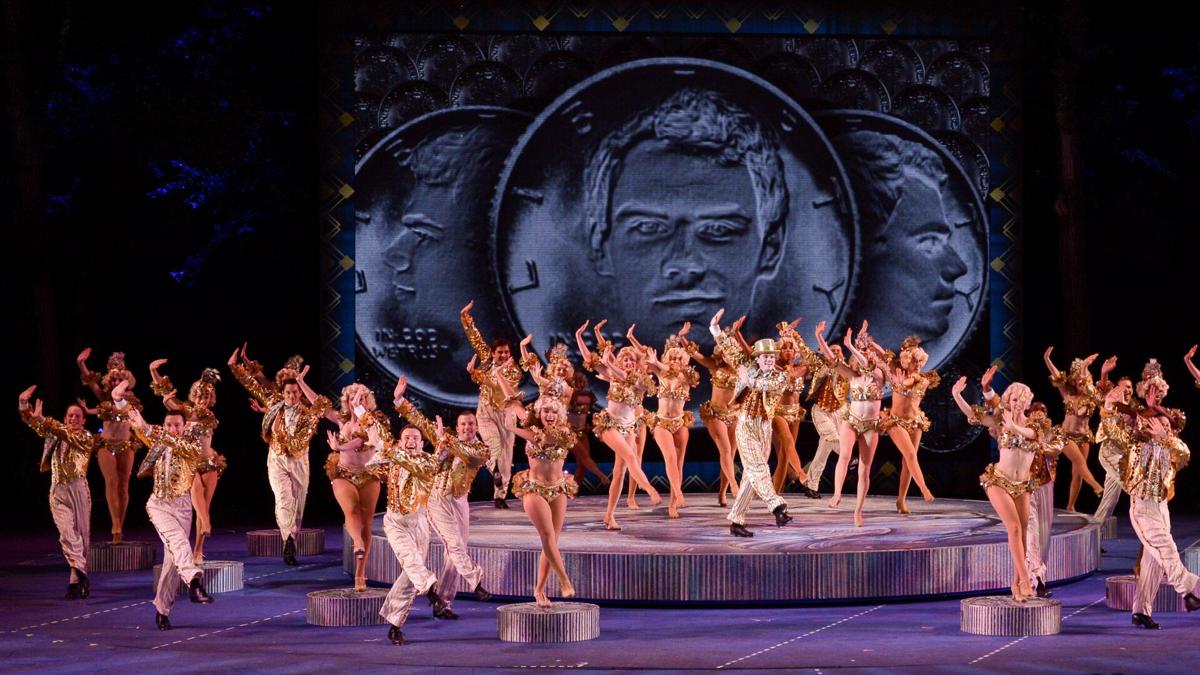 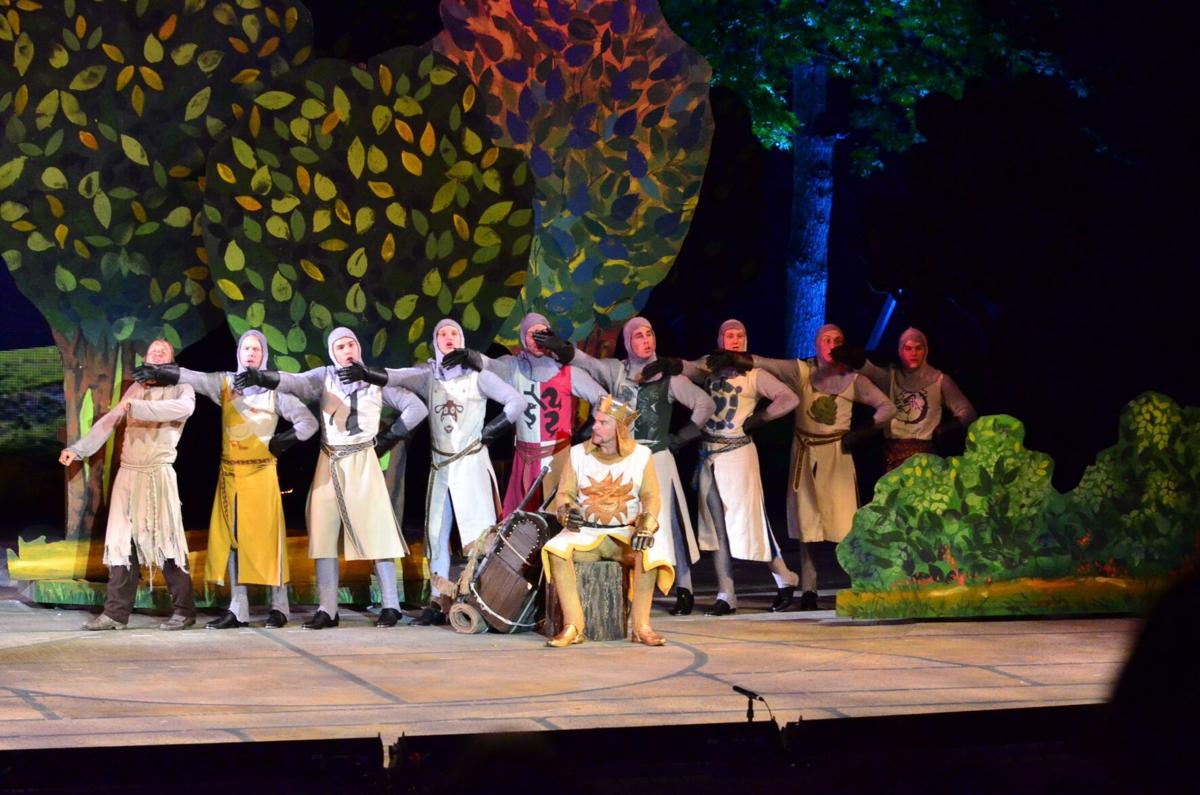 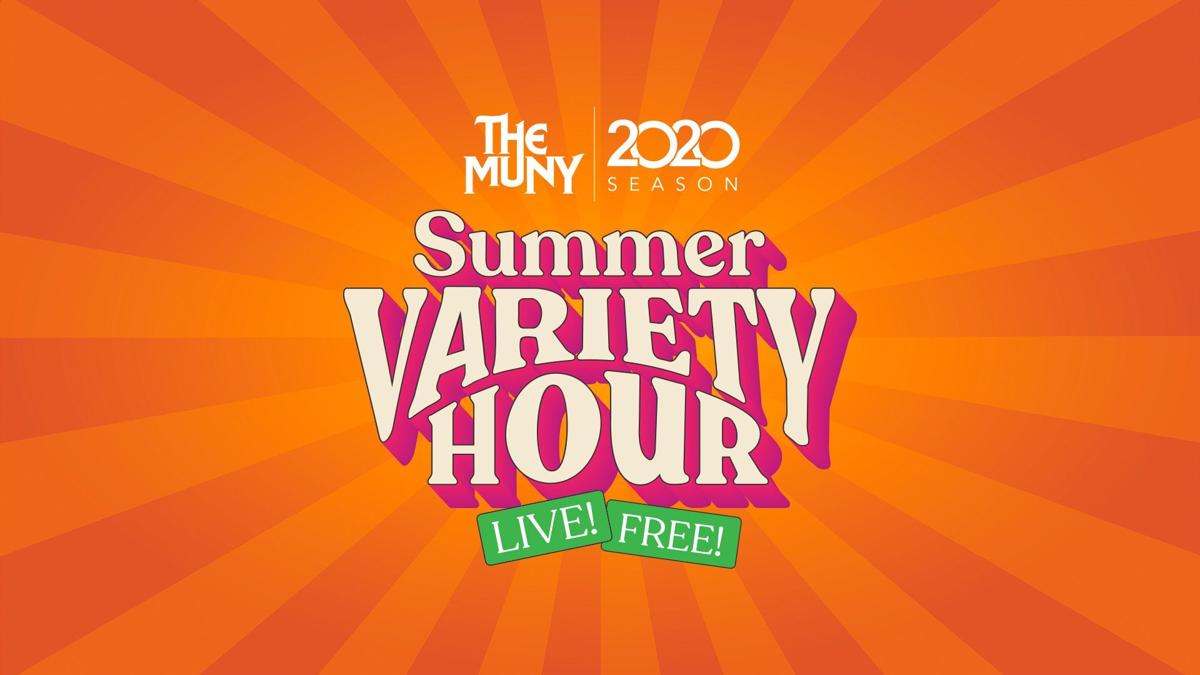 The Muny’s initial 2020 Summer Variety Hour Live!, which was streamcast on Monday, July 20 and shown again on Thursday, July 23, was seen by more than 30,000 fans online. It sparkled with energy and creativity, demonstrating how The Muny can tap into the diverse talents of its nationwide cadre of performers regardless of the venue involved.

The second installment of its variety series was streamcast Monday, July 27 and once again regaled its audience with a tasty blend of song, dance and comedy. Muny Artistic Director and Executive Producer Mike Isaacson, who serves also as the show’s host each week, came up with a dandy idea when he decided to emulate the variety show format, which hit its zenith in the 1960s and ‘70s.

This week’s edition, which will be shown again Thursday, July 30, presented clips from such treasured Muny productions as Aida, 42nd Street, Oklahoma! and Spamalot. Ben Davis and Beth Leavel are seen in the opening number, Beautiful Morning, from the 2015 production of Oklahoma! just after Isaacson and Muny President and CEO Denny Reagan welcome their viewers.

The amiable husband-and-wife duo of Rob McClure and Maggie Lakis deliver a poignant performance of the ballad Suddenly, Seymour from Little Shop of Horrors from their home in Philadelphia, with three Muny alumni serving via Zoom (or whatnot) as a trio of backup, warbling street urchins.

A real highlight is watching the cast of the wacky, Monty Python-inspired Spamalot singing Always Look on the Bright Side of Life from the opening-night presentation of Spamalot from 2013, after a day of rain threatened to cancel the performance. An added treat is seeing original Python and Spamalot creator Eric Idle on hand for what he called “the world’s largest outdoor performance” of the show, urging the audience after joining the cast on stage to sing along at its conclusion.

Choreographer and St. Louis native Chloe O. Davis offers a dazzling tribute to African-American choreographers of the past and present in an invigorating turn taped throughout The Muny environs, while St. Louis Theater Circle Award winner Taylor Louderman was “live” at the Culver Pavilion belting out the number Astonishing from Little Women with the invaluable assistance of a musical combo.

Nkeki Obi-Melekwe, who has performed in the West End and on Broadway as well as at The Muny, delivered a powerhouse rendition of If You Knew My Story from the Steve Martin/Edie Brickell musical, Bright Star, in a moving presentation done via Zoom.

Tap dance aficionados are well served by a clip of We’re in the Money from The Muny’s sensational 2016 production of 42nd Street as well as a delightful, 1940s version of The Muny’s signature tune, Meet Me at The Muny, by a trio of gifted young dancers. There’s also another round of Munywood Squares, which is OK but seems more like an idea that probably sounded better in theory than it appears to be in reality, although it does offer a few laughs.

The 90-minute show concludes with a wonderfully affecting cast reunion, Zoom version of Under the Sea from The Muny’s 2017 production of The Little Mermaid, an enchanting way to top off this second installment of The Muny’s streamcast of summer shows.

What’s readily apparent from the first two editions of The Muny’s summer variety series is the incredible amount of hard work, logistics and coordination which combine to produce such an entertaining presentation. Kudos to everyone involved in getting this formidable venture off the ground for the enjoyment of The Muny’s thousands of loyal patrons.

Photos courtesy of The Muny photographer