You are the owner of this article.
Edit Article Add New Article
The Cut
Abode
Style
Business
Arts & Culture
Gatherings & Goodwill
Buy and sell
About Us
Contact Us
Advertise with Us
Subscribe
Share This
1 of 15 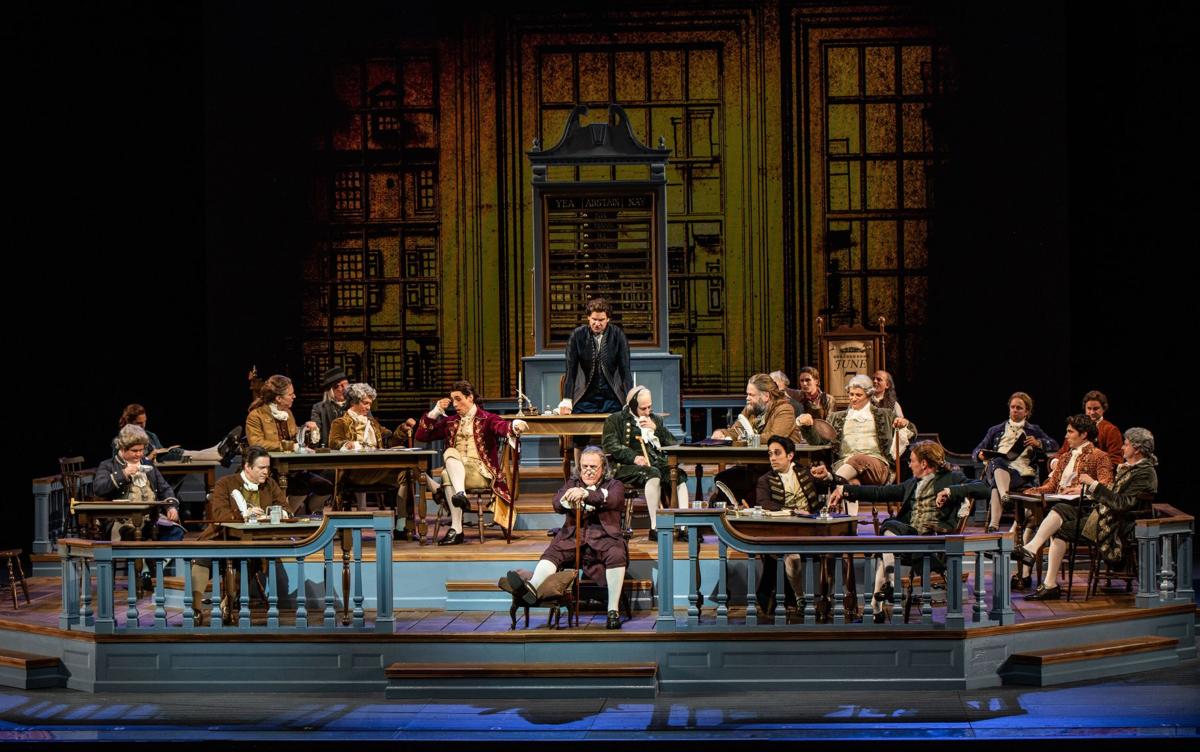 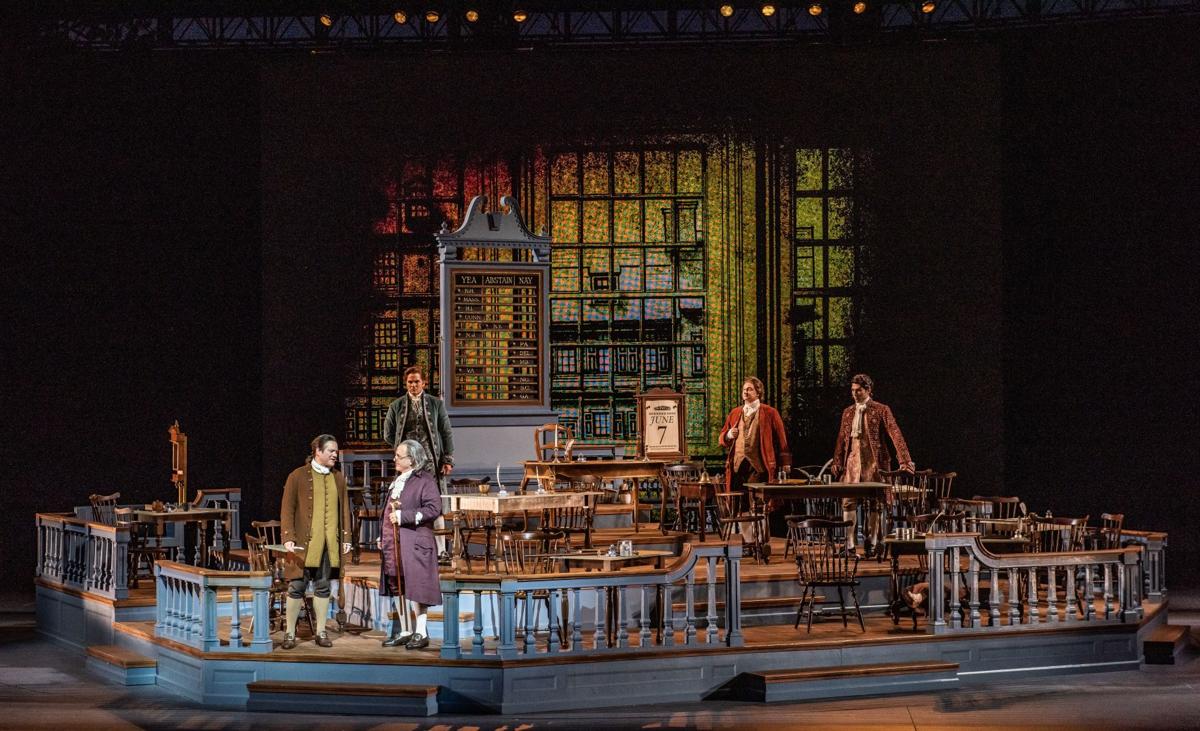 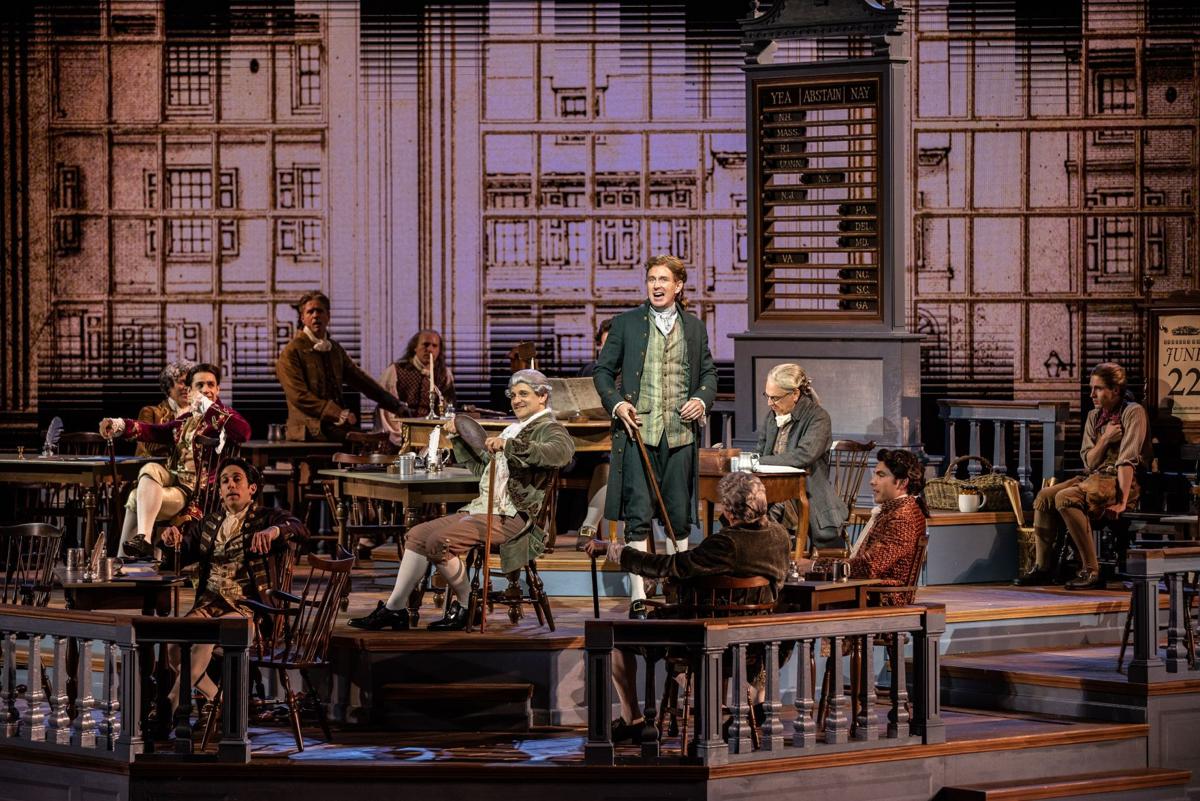 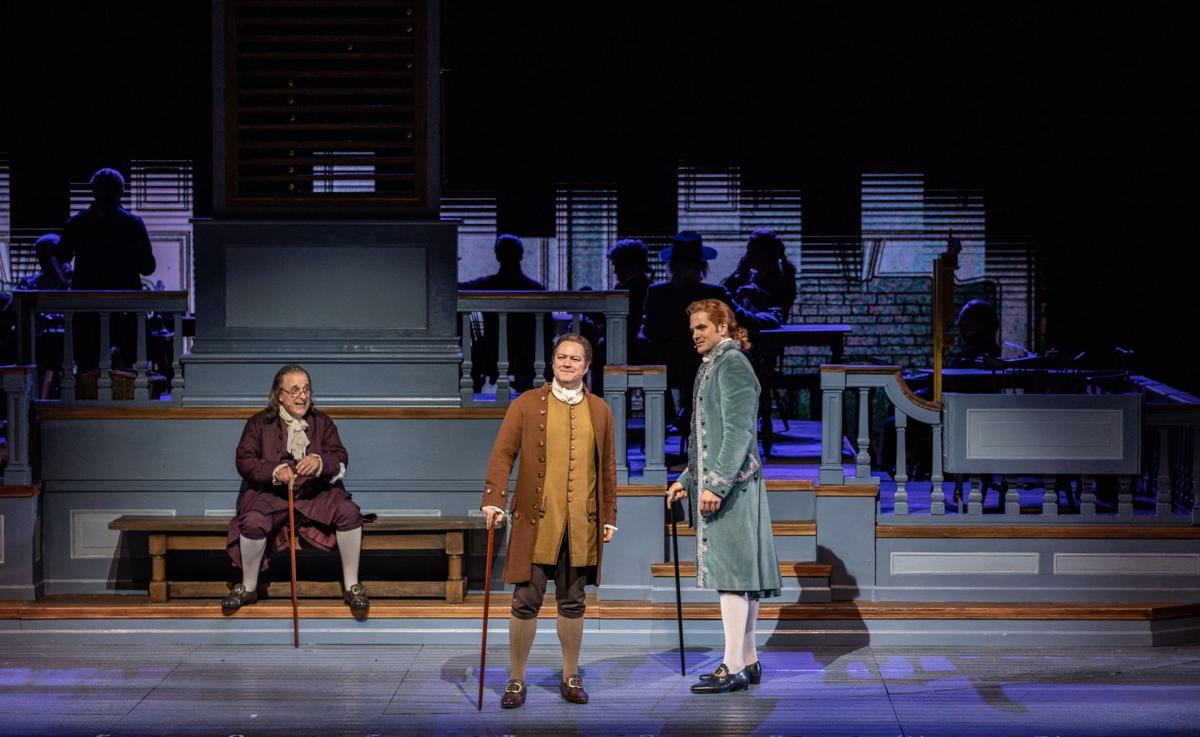 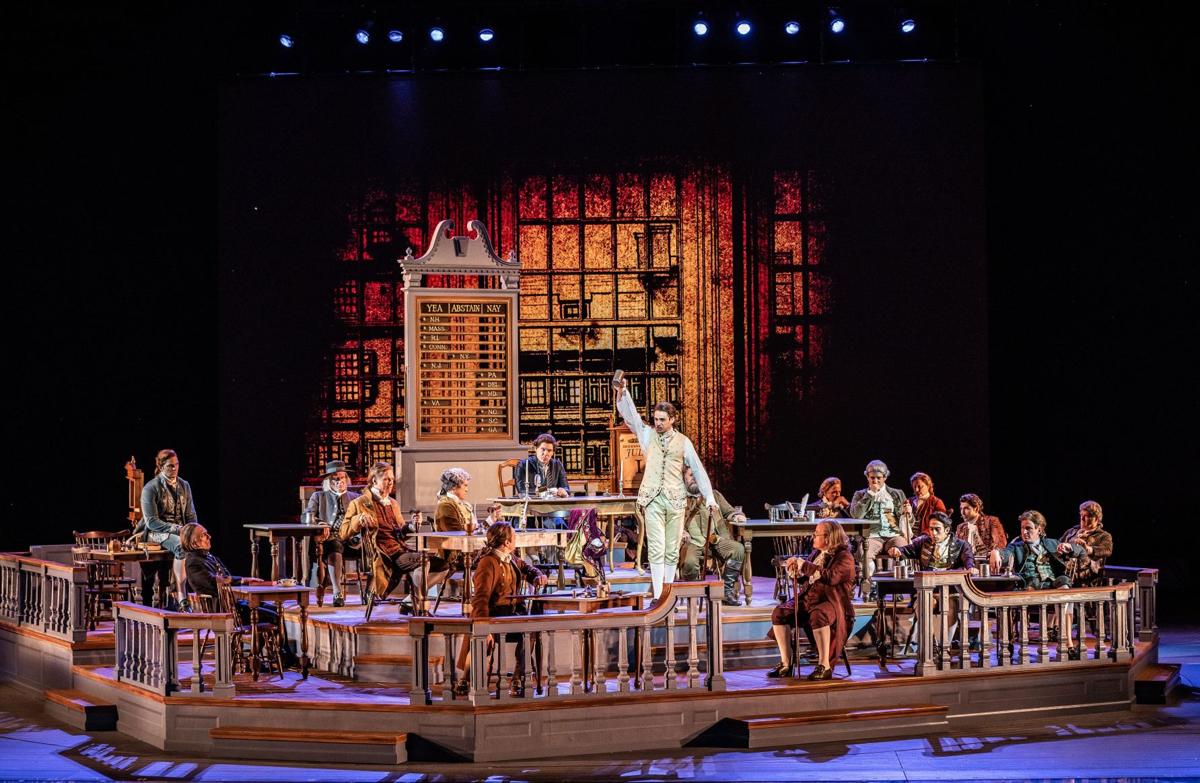 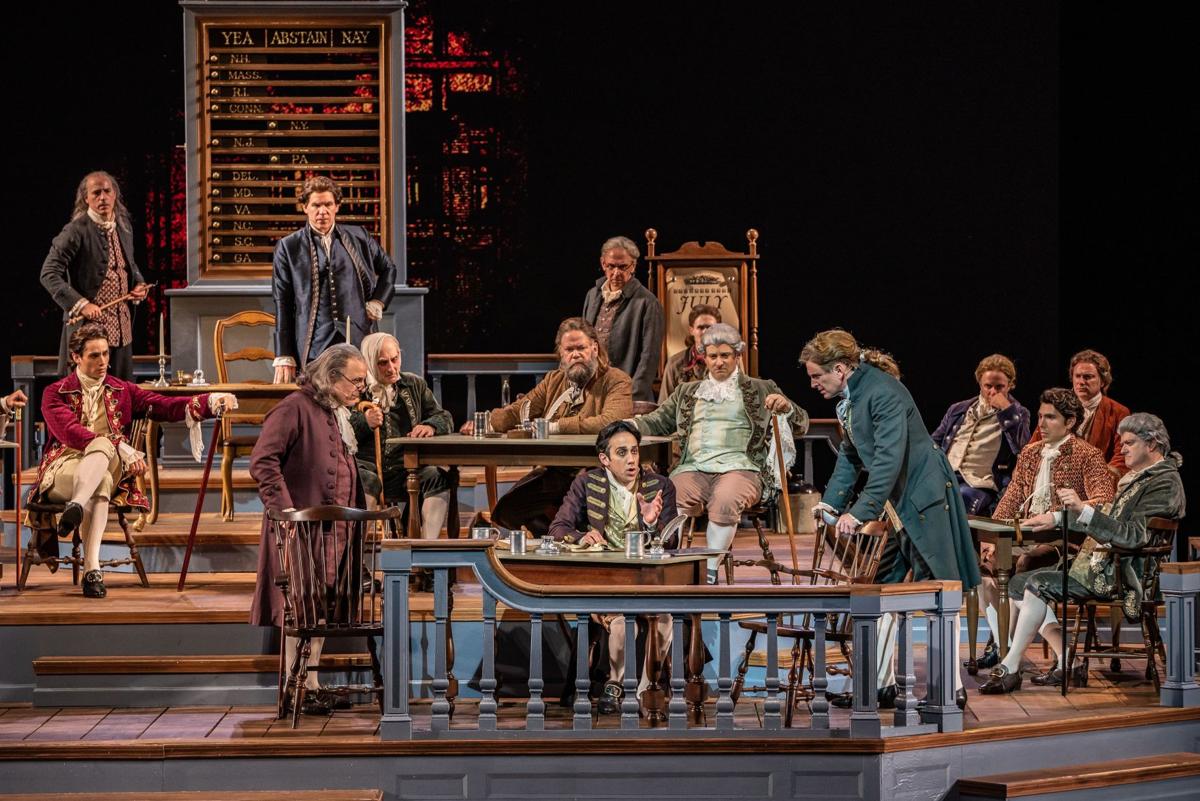 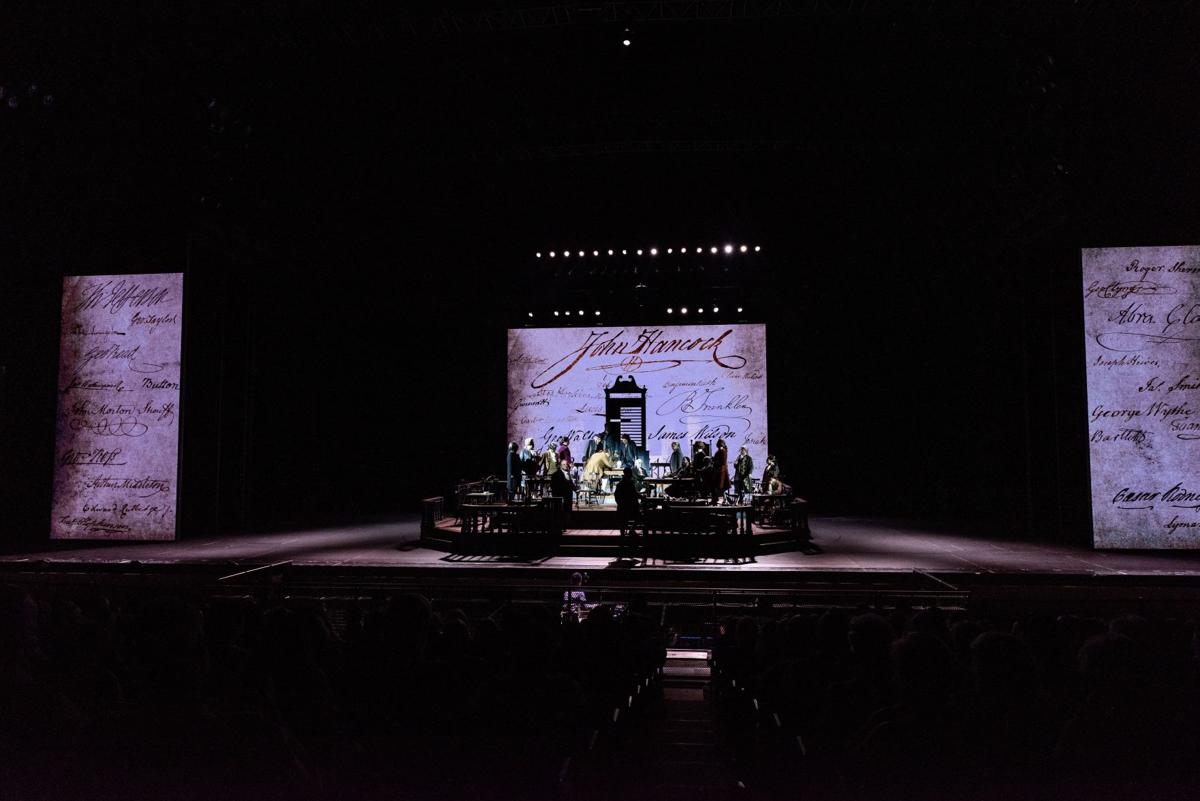 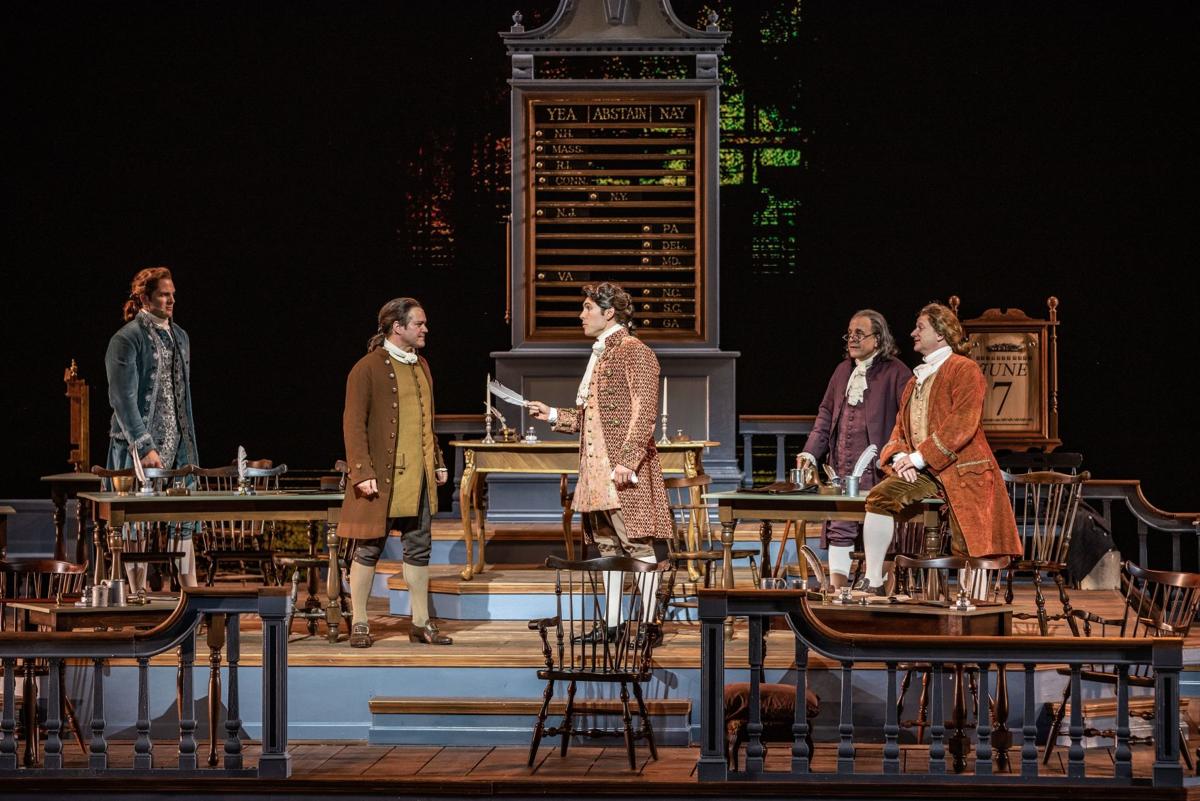 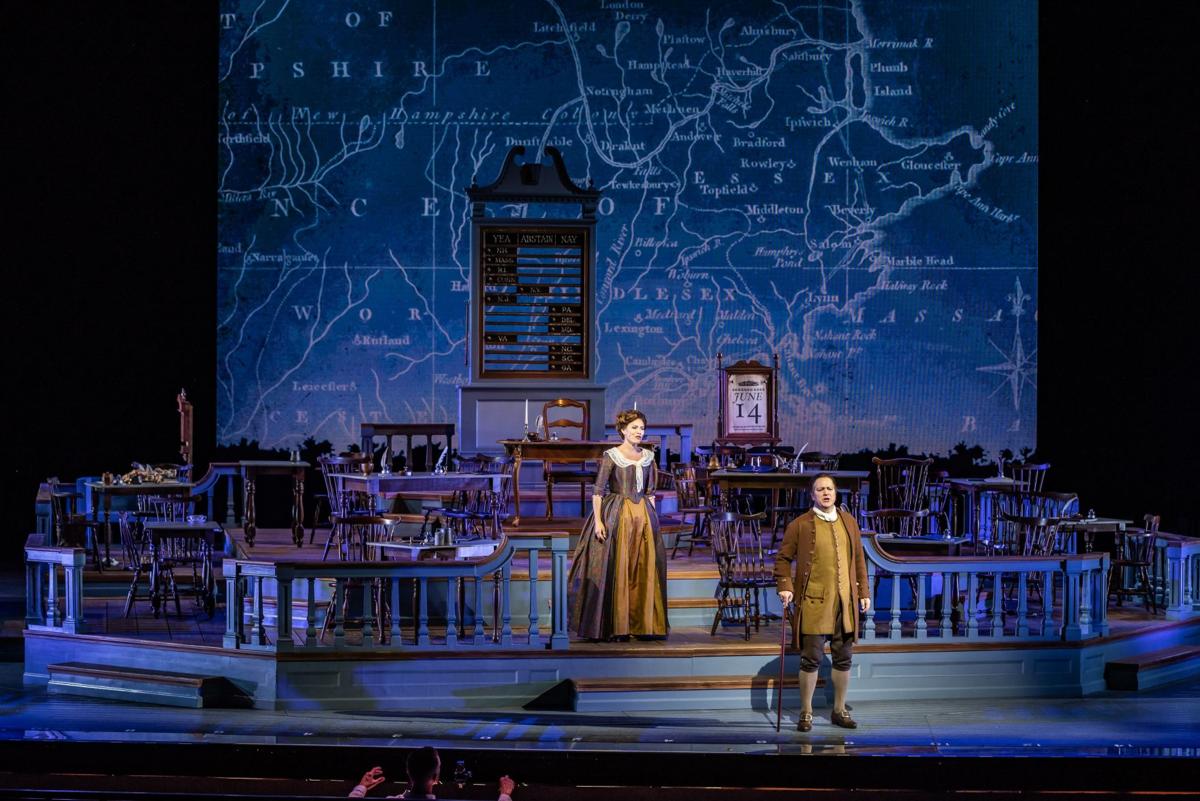 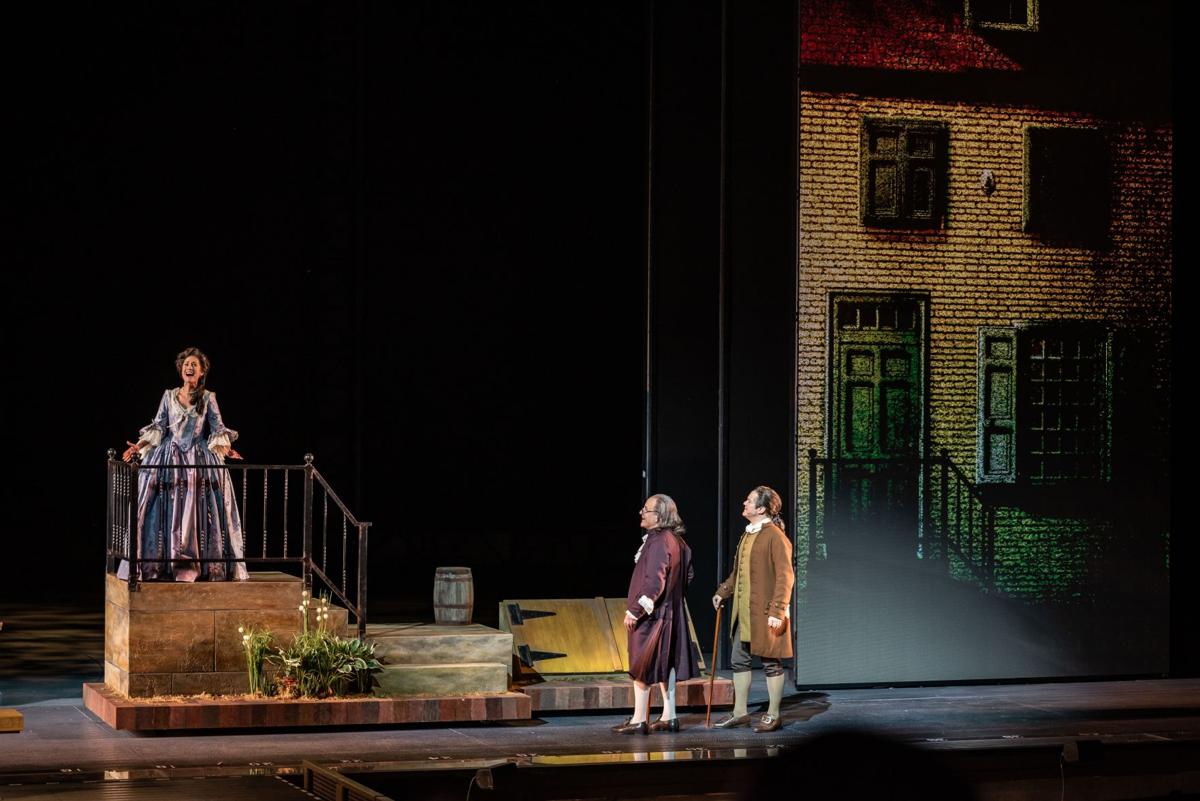 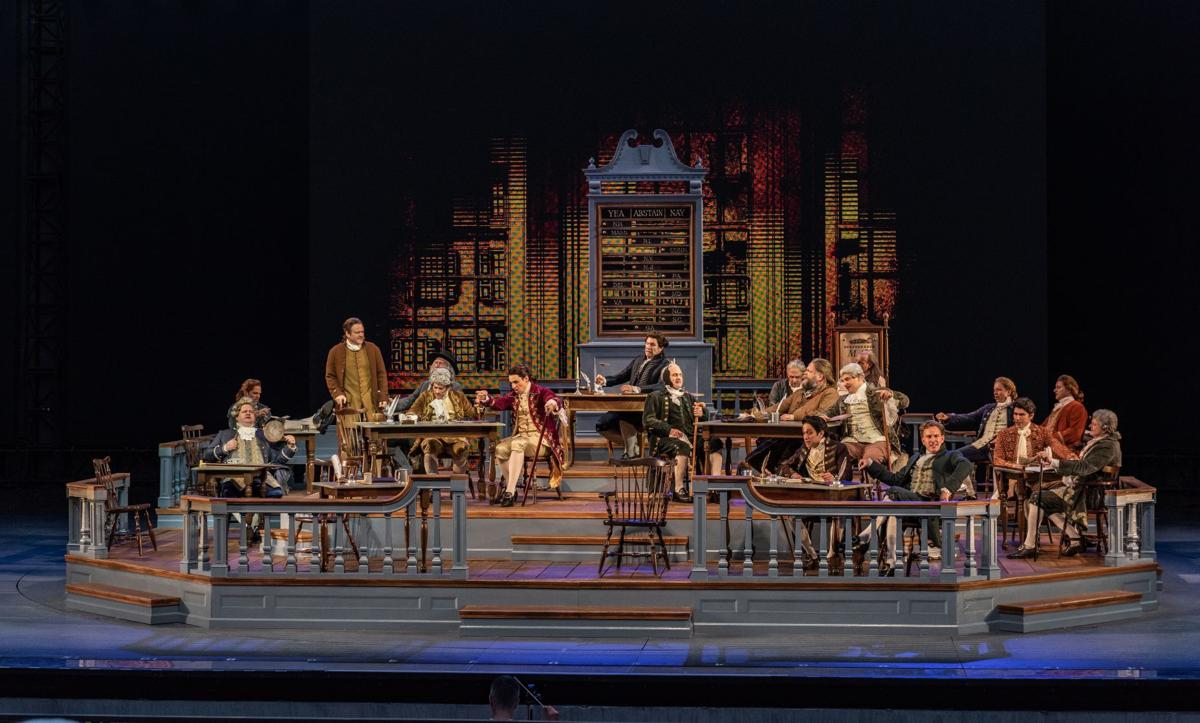 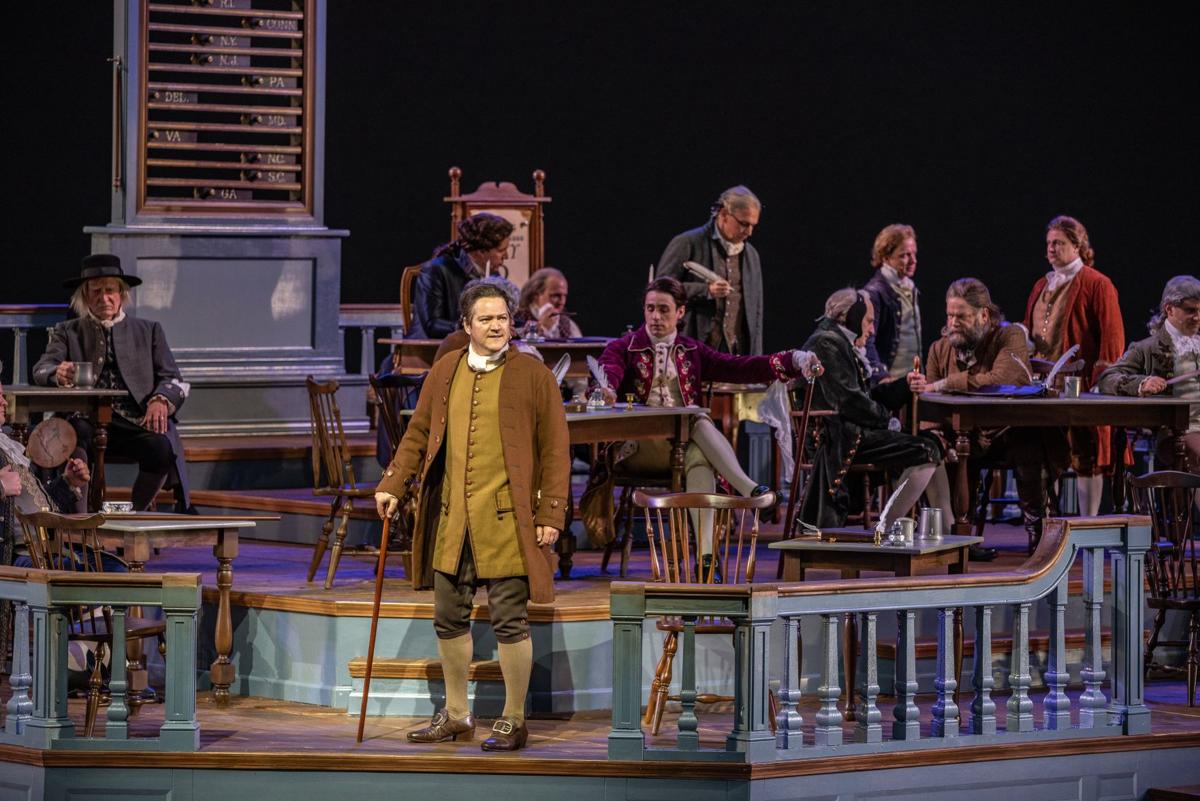 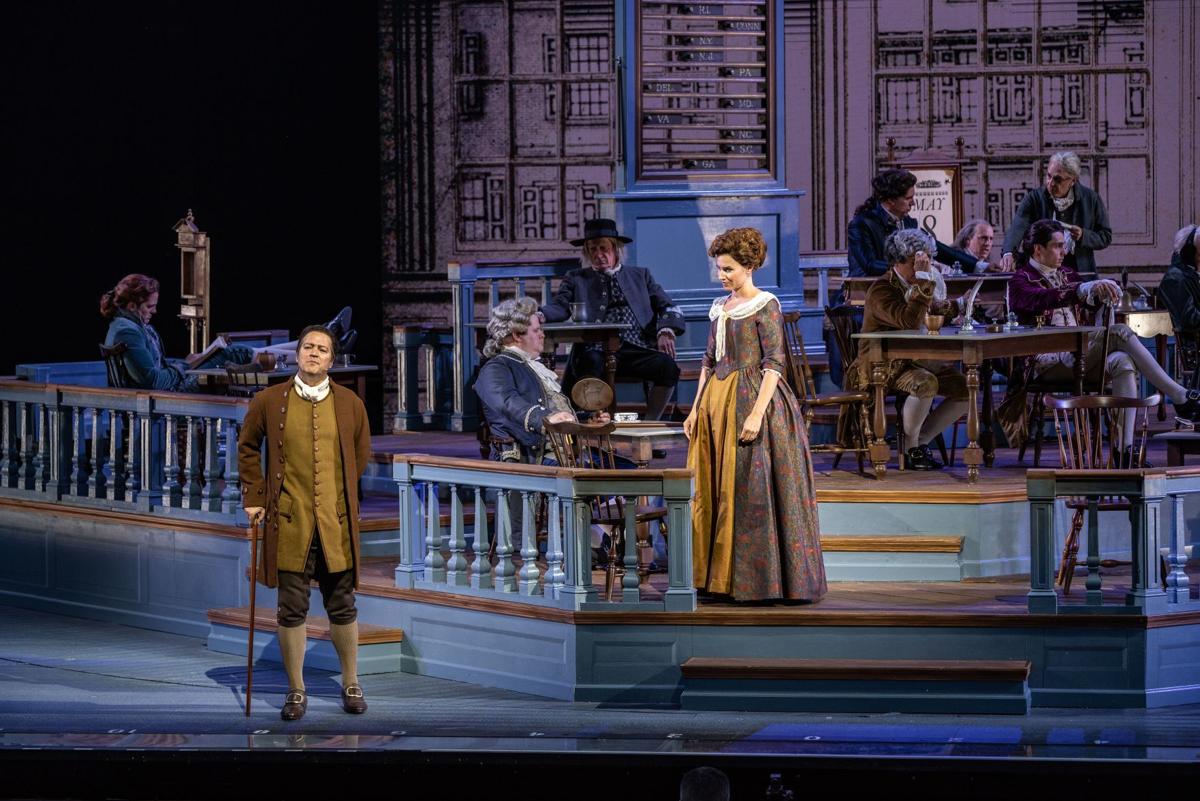 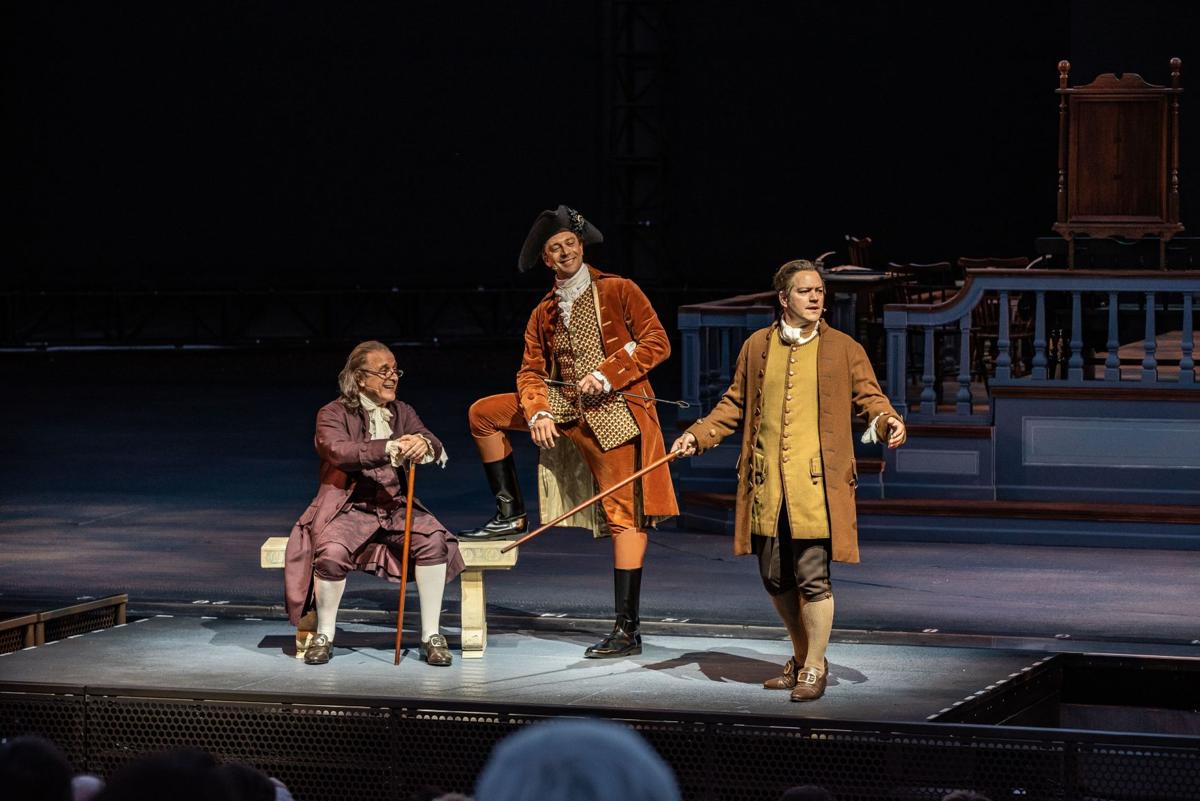 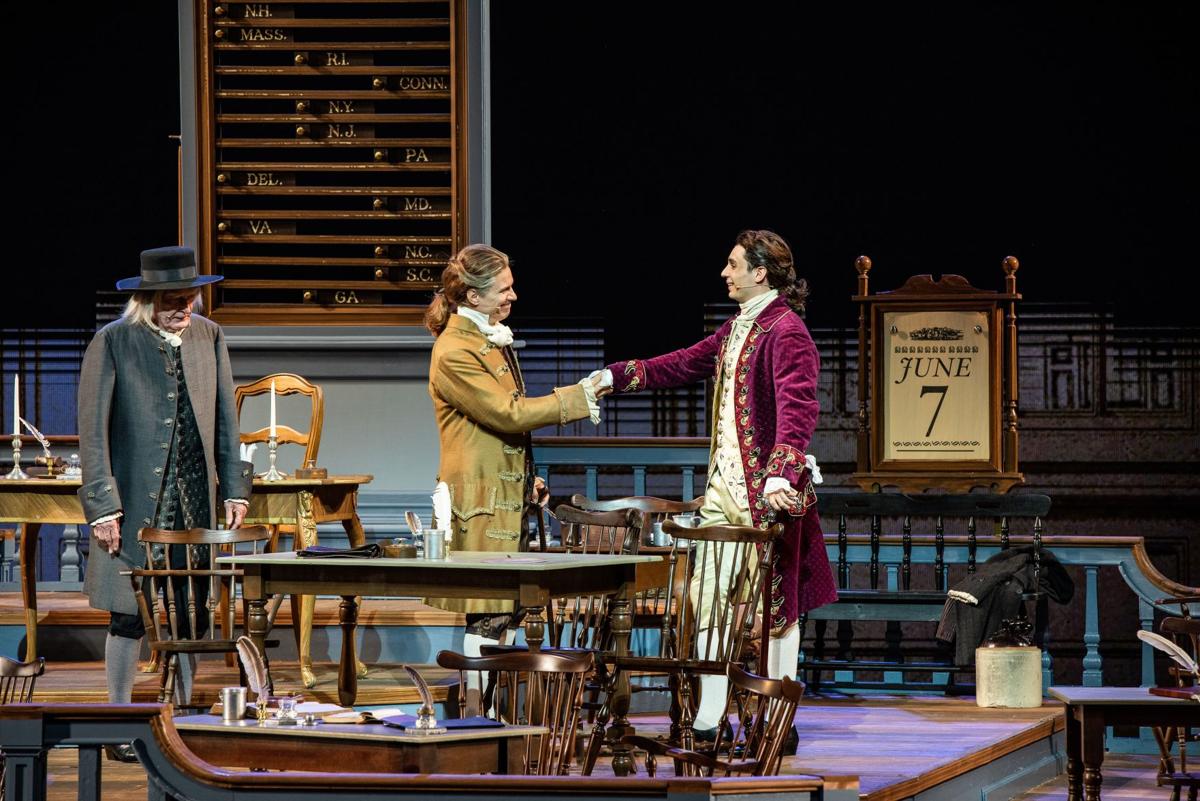 Story: Members of the Second Continental Congress gather in Philadelphia in the spring and summer of 1776. They have grown increasingly unhappy with how tyrannical King George of England has governed the American colonies and have come together to debate their course of action.

John Adams of Massachusetts is intent on declaring independence for America from Great Britain, but the northern firebrand is considered to be too contentious to issue such a proclamation. After Adams and Benjamin Franklin of Pennsylvania convince Richard Henry Lee of Virginia to make the proposal, the Southern statesman leaves Philadelphia to convince the Virginia legislature to support such a move.

When Lee returns with Virginia’s approval, the Congress sets about debating the cause for independence. It is decided that the vote for freedom should be unanimous among the 13 colonies. Before the vote and its likely defeat, however, Adams makes a motion for postponement until a document can be written outlining the reasons for independence.

Thomas Jefferson of Virginia is selected to compose the article, which is termed a “Declaration of Independence.” The debate then begins among representatives of all 13 colonies, whom Congressional president John Hancock notes must vote in unanimity lest brother fight against brother in any war against the English.

Highlights: Director Rob Ruggiero guides The Muny’s stirring and lively presentation, sterling in both technical and performance aspects, of this patriotic musical on the 50th anniversary of the original Broadway production.

Other Info: More than 7,000 people attended the opening-night performance of 1776, which has been presented just once at The Muny since the nation’s bicentennial in 1976. This version handsomely utilizes the remodeled stage and its updated technical systems to showcase a smart and stylish look at the founding of the republic.

Muny artistic director and executive producer Mike Isaacson says in his program notes, “The first question we are asked by those who have seen – or read – 1776 is invariably: ‘Is it true? Did it really happen that way?’ The answer is: Yes.” While Isaacson and historians have pointed out how some aspects are shuffled about for dramatic purposes, 1776 essentially depicts how the United States of America came to be a government.

Years down the road, one can envision The Muny staging 1776 in tandem with the musical juggernaut Hamilton to present back-to-back shows which bring our history alive on the stage. The nation’s sesquicentennial celebration in 2026 may be a possibility for history to come alive on The Muny stage.

For now, though, this rendition of 1776, with a book by Peter Stone to accompany Sherman Edwards’ music and lyrics, is wonderfully evocative of the negotiations, ramblings and impassioned speeches by some two dozen men who came together in the chamber of the Second Continental Congress in Philadelphia to forge the document which is a cornerstone of American democracy.

The musical succeeds by depicting these Founding Fathers as fallible individuals, with the most glaring deficiency being the removal of the abolition of slavery from Jefferson’s document. Stone has Franklin lobby to accede to the request of South Carolina representative Edward Rutledge, who sarcastically observes that slavery is a national, not regional, condition in the show’s best number, Molasses to Rum, in the second act.

There are just a baker’s dozen of tunes in 1776, which features long stretches of dialogue between songs. As a history lesson, though, it plays exceedingly well, beautifully emphasized in this production by the use of maps of the time incorporated into Greg Emetaz’s insightful video design.

James Moore’s musical direction elicits a strong performance by The Muny orchestra, highlighted by the strongly affecting crescendo as each man adds his name to the document at the show’s iconic conclusion.

Ruggiero’s compelling direction belies the show’s three-hour running time as his players keep the story lively and interesting throughout. The large ensemble features local favorites in fully one-third of the roles, each getting a chance to shine in selected moments.

Robert Petkoff heads the cast as the driving force of John Adams, whose pushiness compels his comrades to sing Sit Down, John in the show’s humorous opening number. Petkoff’s savvy portrayal of the committed patriot serves to anchor the production, which also includes a wry and witty performance by Adam Heller as the impish Franklin.

Keith Hines has the stature and appearance of the tall, intellectual Jefferson, although the inflection of his dialogue too often recalls his role as Nick Massi in last year’s Muny rendition of Jersey Boys. He works especially well in Jefferson’s give and take with Adams and Franklin.

The polished cast also features Michael James Reed bringing out the gravitas in John Hancock’s presence as Congressional president and Gary Glasgow as meticulous secretary Charles Thomson. Bobby Conte Thornton shines as Rutledge, as does Ben Davis as Pennsylvanian detractor John Dickinson, who disagrees while explaining the reasoning behind his opinion.

Jenny Powers and Ali Ewoldt bring charm and their accomplished voices to the two female roles of Abigail Adams and Martha Jefferson, respectively.

History and entertainment both are well served in The Muny’s rapturous rendition of 1776, a satisfying salute to the musical’s 50th anniversary.