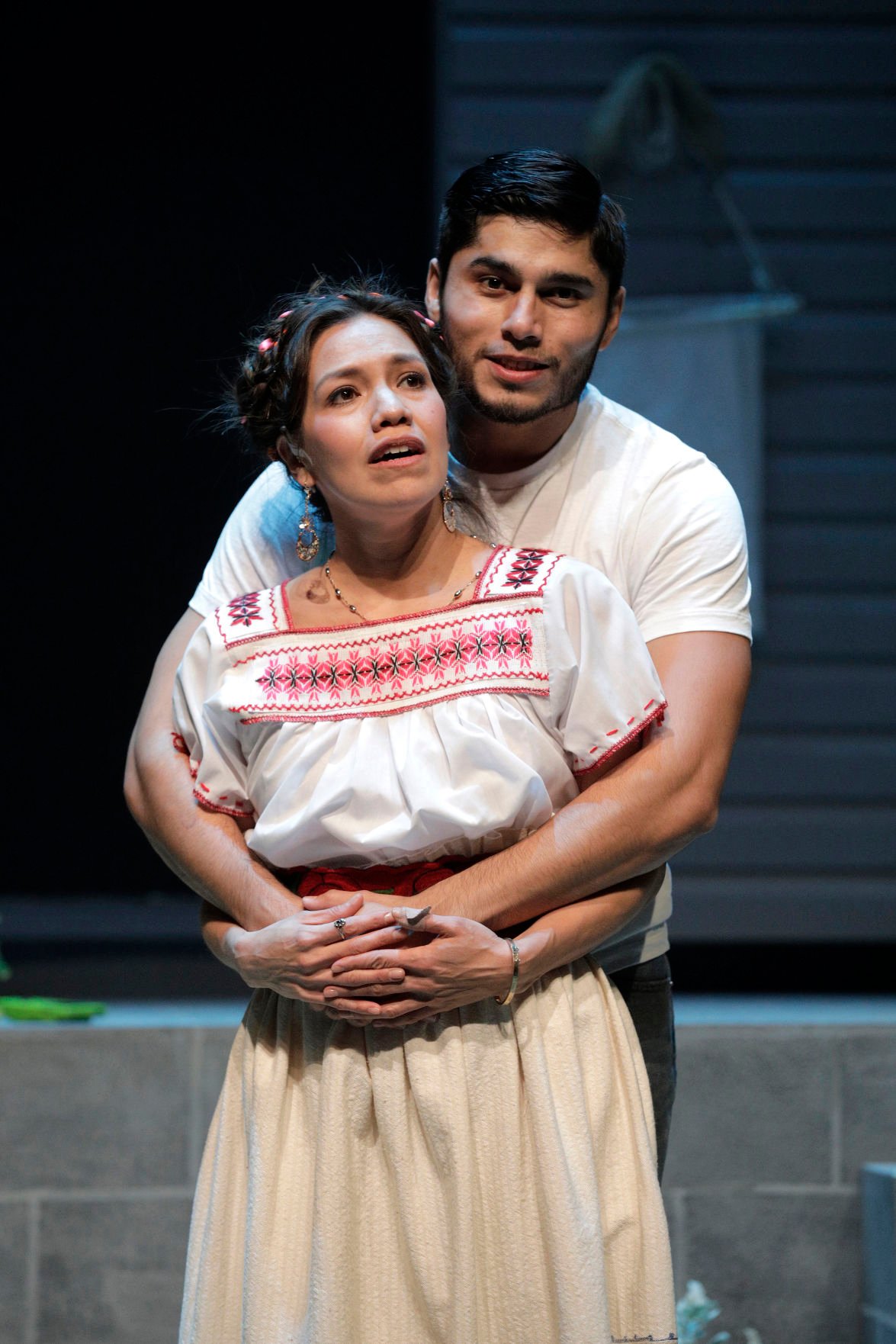 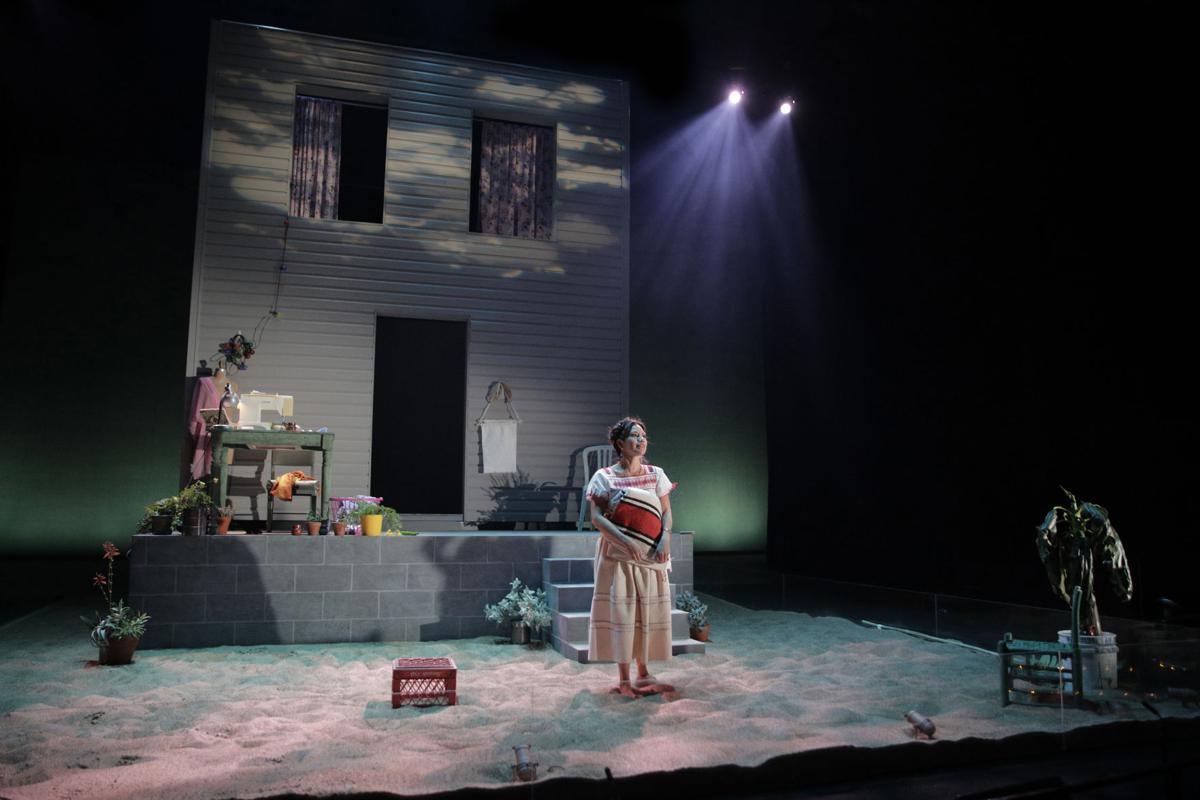 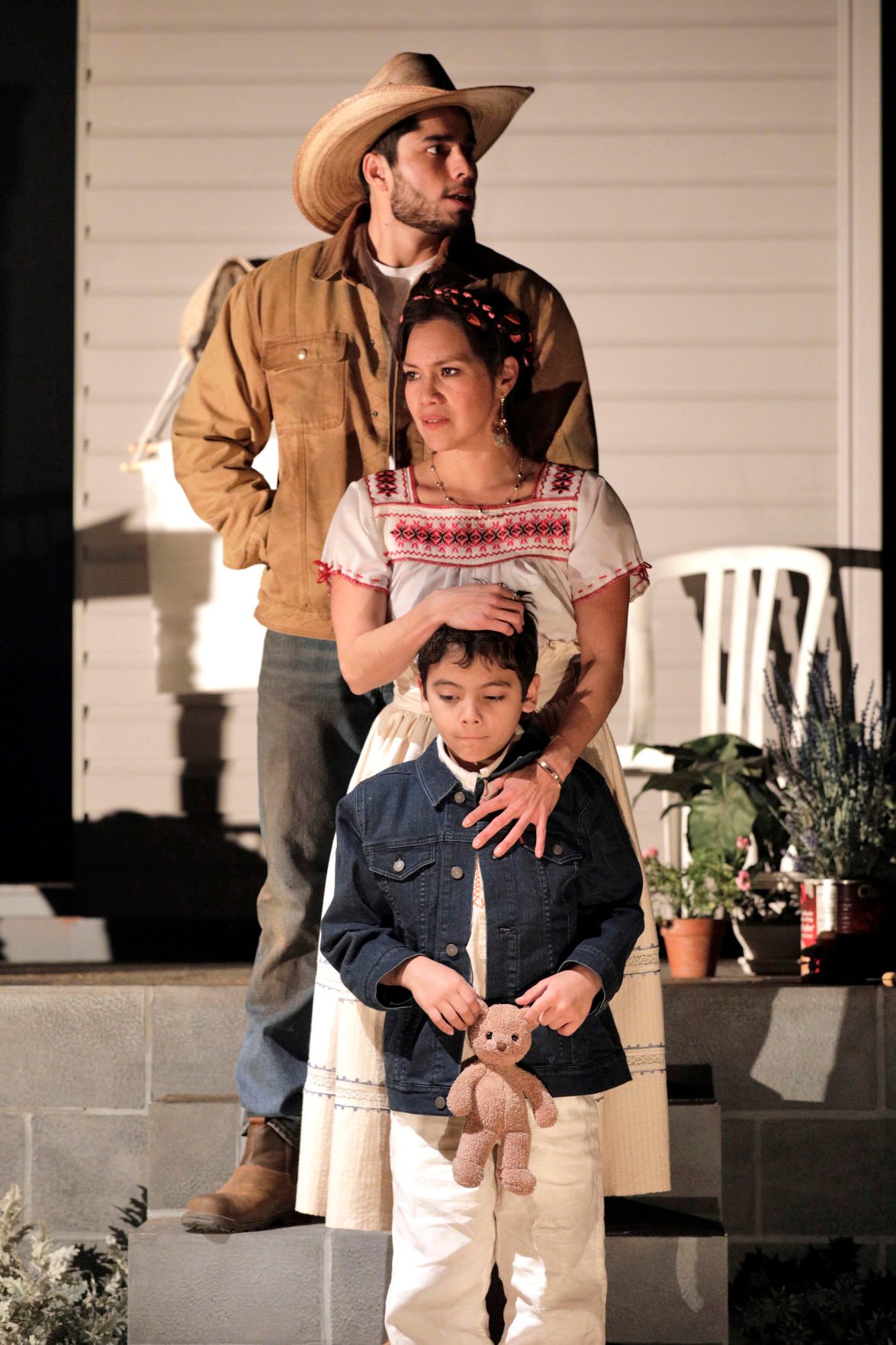 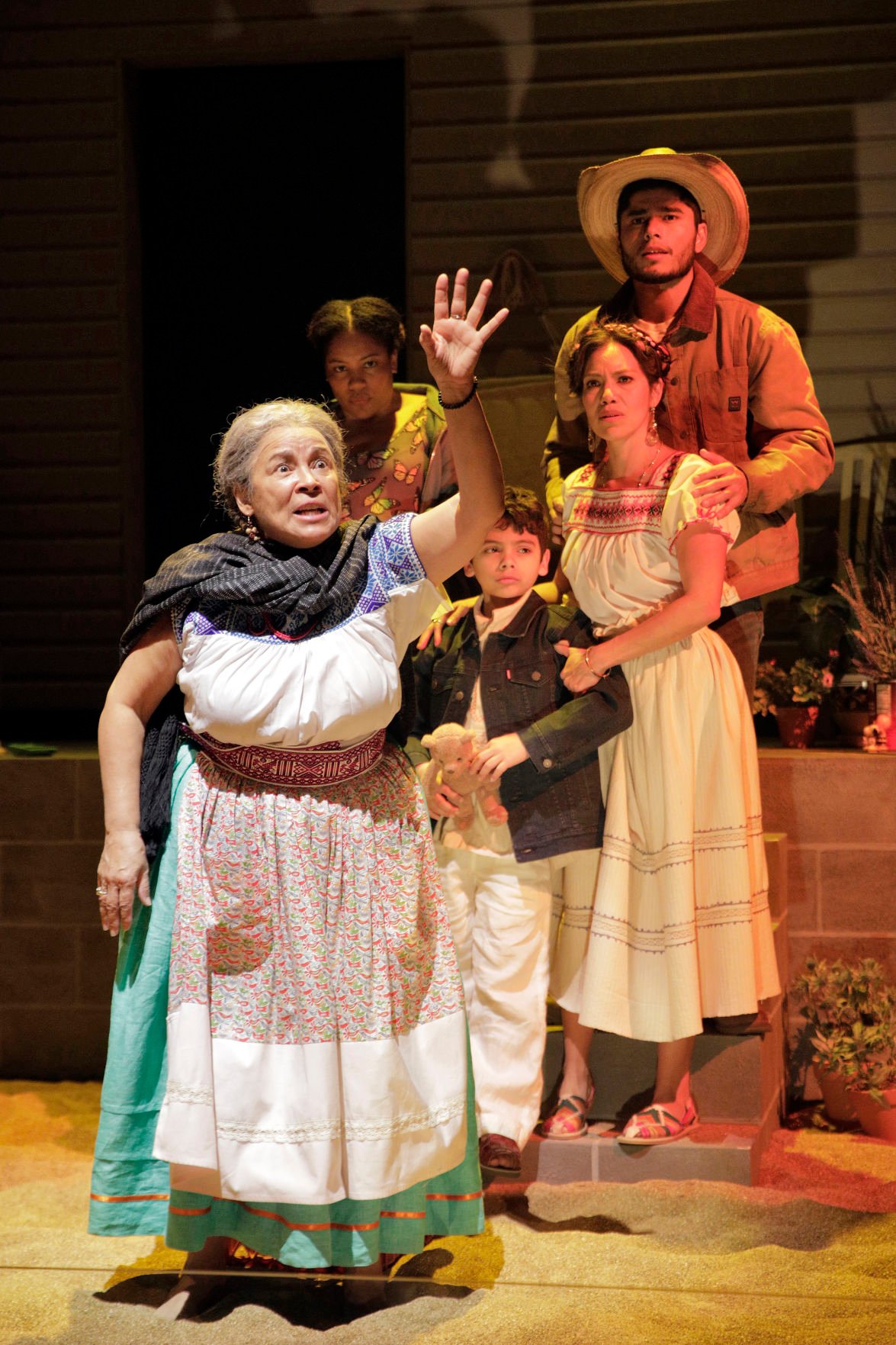 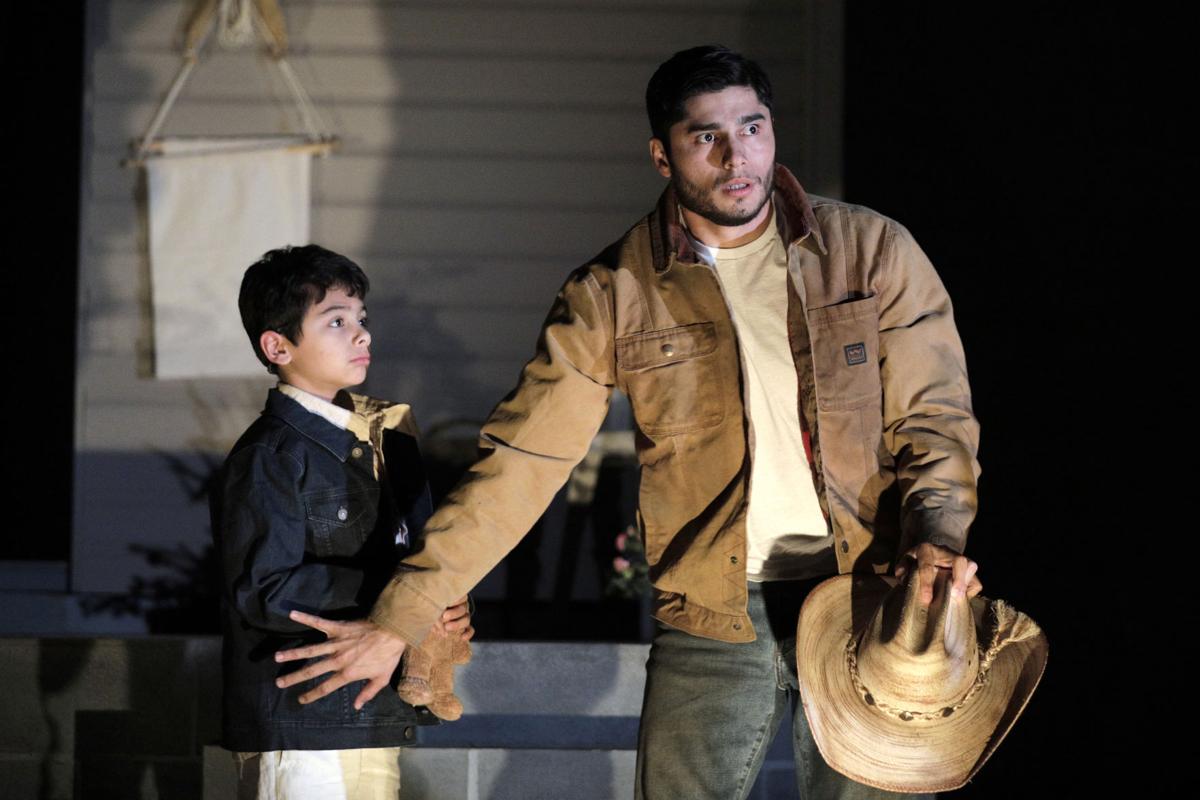 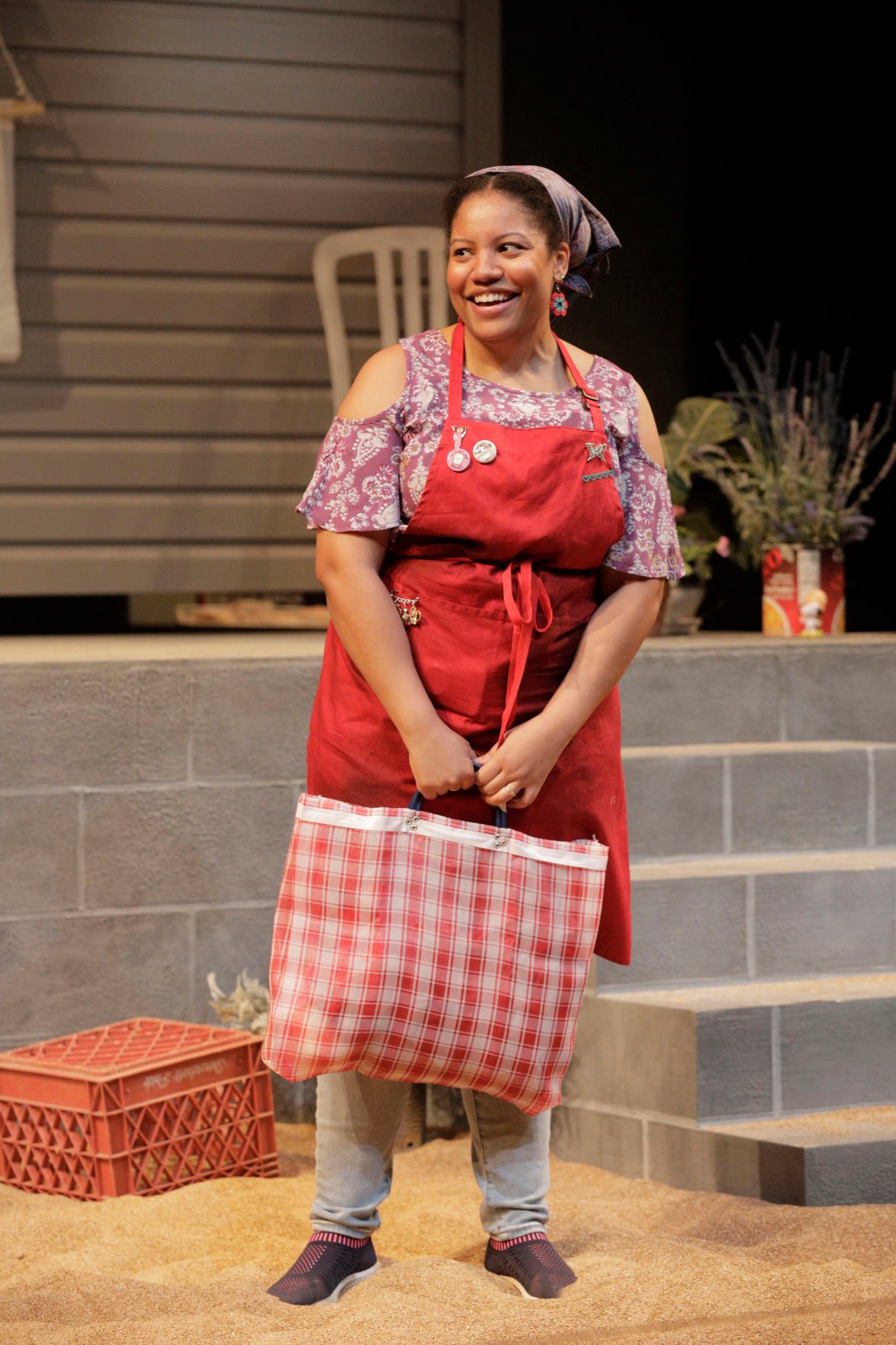 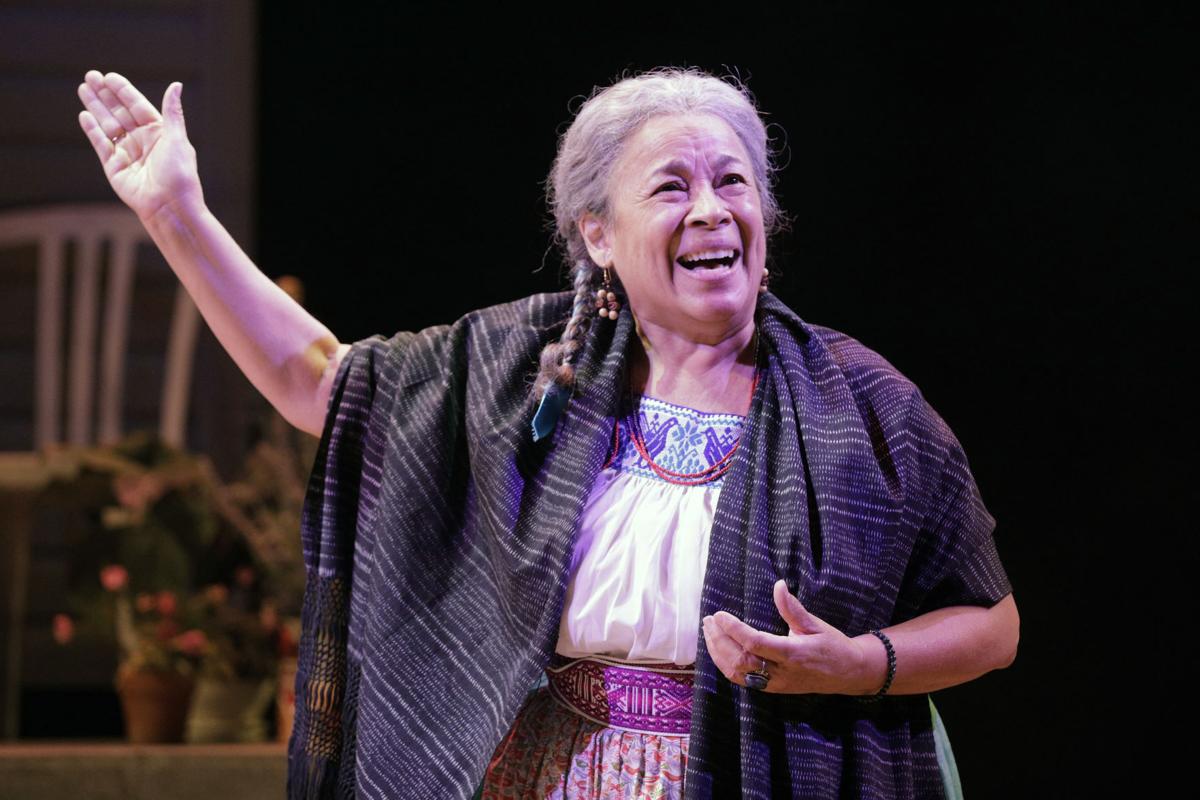 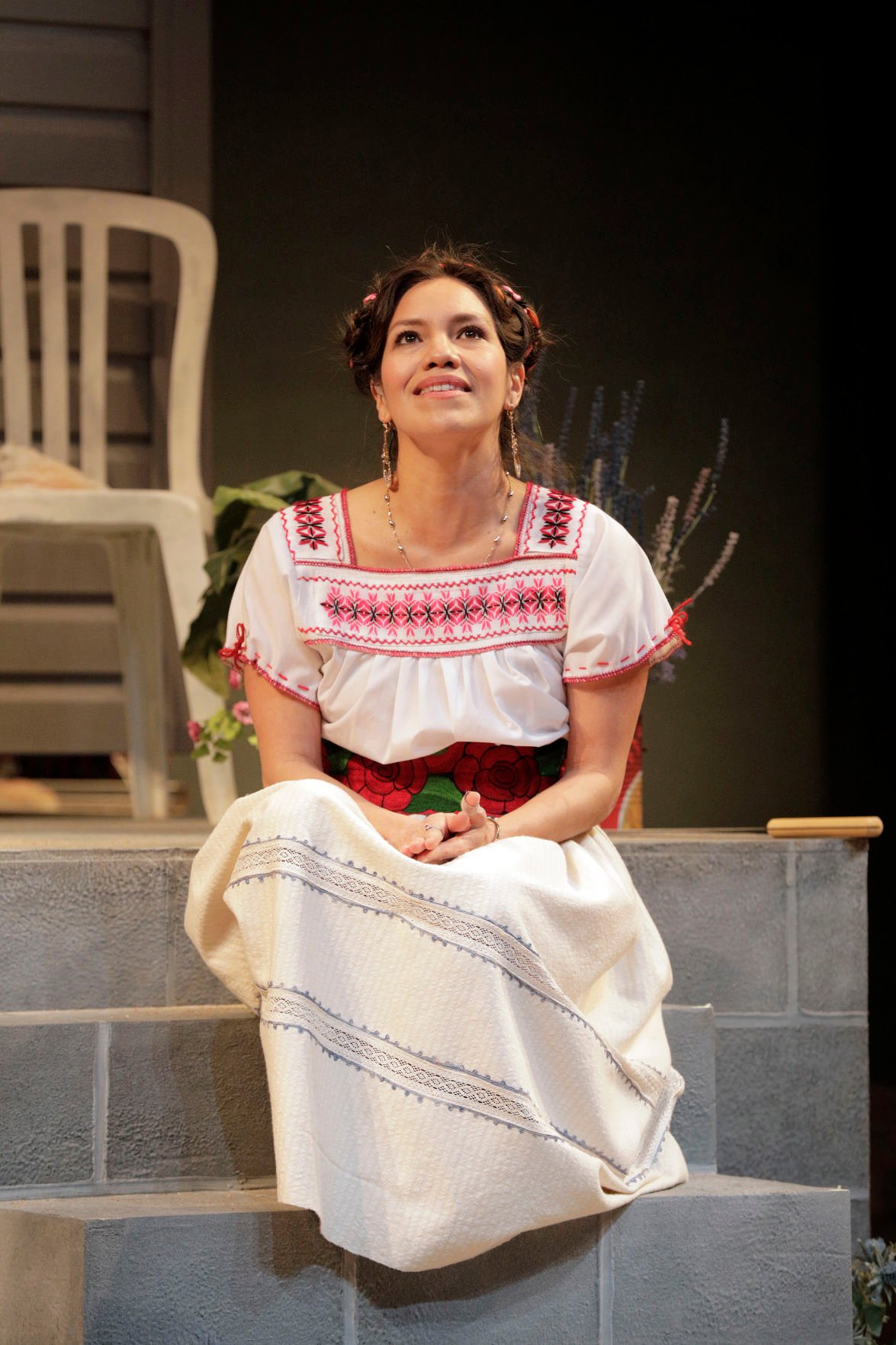 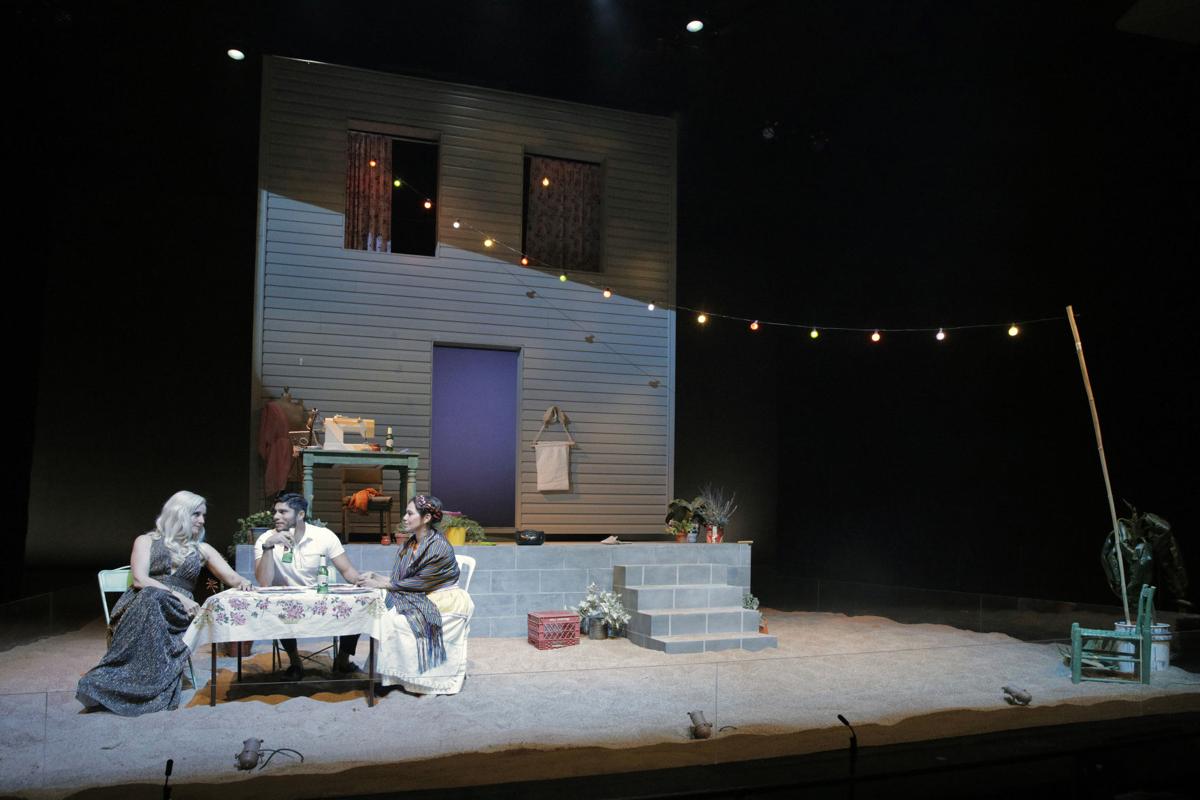 Story: Medea and Jason live with their son Acan and helper Tita in East Los Angeles. They’ve migrated from the Mexican state of Michoacan and the city of Zamora, where Medea was a land-owner’s daughter.

In the United States, however, Medea leads a reclusive life as a seamstress at their modest home. Jason has more ambitious plans and does whatever is required of him at the business run by his widowed boss, Armida. For his part, Jason is most anxious to assimilate into their new country and its culture, even admonishing Acan for wearing clothes from the old country.

Tita, worried about Medea’s isolation, invites a local street vendor named Josefina to their home, and the two younger women immediately befriend each other. Impressed with Medea’s talent, Josefina encourages her to run her business herself rather than be underpaid by others who up the prices on her clothing, but Medea softly but steadfastly resists.

After Jason invites the attractive Armida (another immigrant and a very successful one) to their home, Medea is offered an opportunity by Armida to take her business into a storefront owned by the businesswoman, but again Medea resists. Tita suspects that Jason’s relationship with Armida is more than a business one, a suspicion verified when Jason shocks Medea with a stunning ultimatum.

How far is Medea willing to go to keep her family together? Does Jason still love her? Or is he more interested in his career in America than in the young lover he uprooted from her Mexican home for an immigrant's life in these United States?

Highlights: Luis Alfaro’s sobering and arresting updating of the ancient Greek story of Medea is given a heart-rending interpretation at The Rep under Rebecca Martinez’ forceful direction.

Other Info: Alfaro’s 2015 adaptation of Euripides’ ancient tale is told in one act and 90 intense minutes of action. As Tiffany Ana Lopez writes in her program article, Alfaro makes the original Medea’s Colchis the Mexican state of Michoacan. His modern-day Medea is wronged just as egregiously as the ancient character, and as with that Medea she comes to her own arresting conclusion of what action she must take to confront Jason’s betrayal.

The Rep’s strong production features not only an all-Latinx cast but also a Latina director and all-Latinx design team, a first in Rep history. As such, it crackles with an air of authenticity which elevates the tragedy of the situation.

Mojada – a derogatory term intentionally chosen by Alfaro for his play’s title – features haunting musical composition by sound designer David R. Molina as well as a forlorn scenic design by Mariana Sanchez which underscores the poverty of the immigrants.

That set, which rotates at the work’s climax for heightened effect, is bolstered by Maria-Cristina Fuste`’s brooding lighting. Carolyn Mazuca’s costume design emphasizes Jason’s U.S. attire in contrast with the traditional Mexican garments favored by Medea and Tita. Voice and dialect coach Adriano Cabral is responsible for the array of dialects, notably those of Medea, Tita and Josefina.

Alfaro depicts Tita as a curandera, a physical and spiritual healer who serves the community, something Tita passes on to Medea, her charge since childhood, as the play progresses. This mythic element adds an antidote of sorts to the heightened sense of danger to which Medea ultimately responds.

Director Martinez brings out the surprising levity in the early portion of Alfaro’s lean script, which actually sticks closely to Euripides’ source material. Alma Martinez as Tita and Guadalis del Carmen as Josefina especially make the most of those humorous moments to provide initial sanctuary from the oppressive tragedy which follows.

Peter Mendoza walks a tightrope in his portrayal of Jason, managing to reveal the ambitious man’s aspirations for his son as well as his complicated, if severely flawed, love for Medea. Cheryl Umana is fine in the title role, choosing to accentuate the more timid aspects of Medea’s character, somewhat surprising in a woman who fatefully decides against marrying her lover. Her depiction, though, sets up the shocking climax.

Cole Sanchez and Luis Chavez do well as young Acan and a soldier, respectively, while Alma Martinez and del Carmen fill out the parts of Tita and Josefina in affecting ways which underscore their own struggles in a hostile or at best indifferent new world.

Mojada: A Medea in Los Angeles is especially alarming in the context of the nation’s current bitter divide about its treatment of immigrants. Alfaro touches both heart and mind in his contemporary rendition of a classic story which retains its relevance nearly three millenia after its origin.