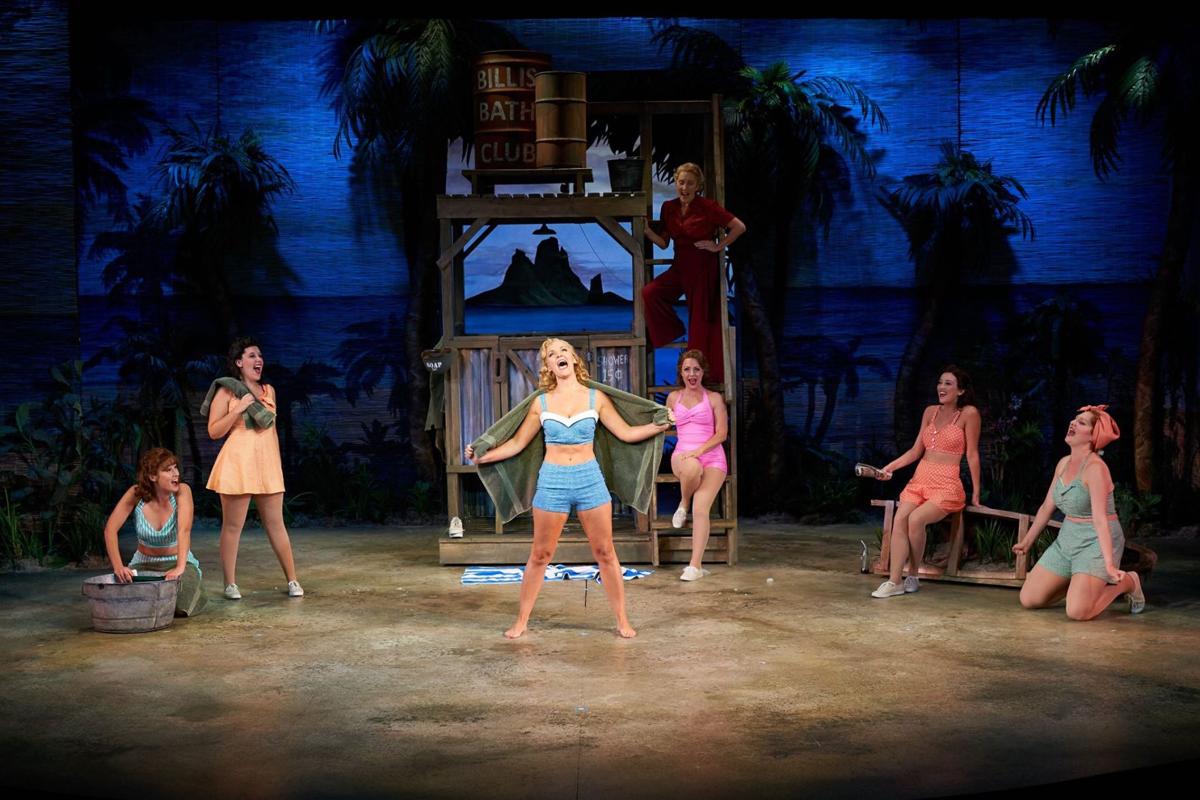 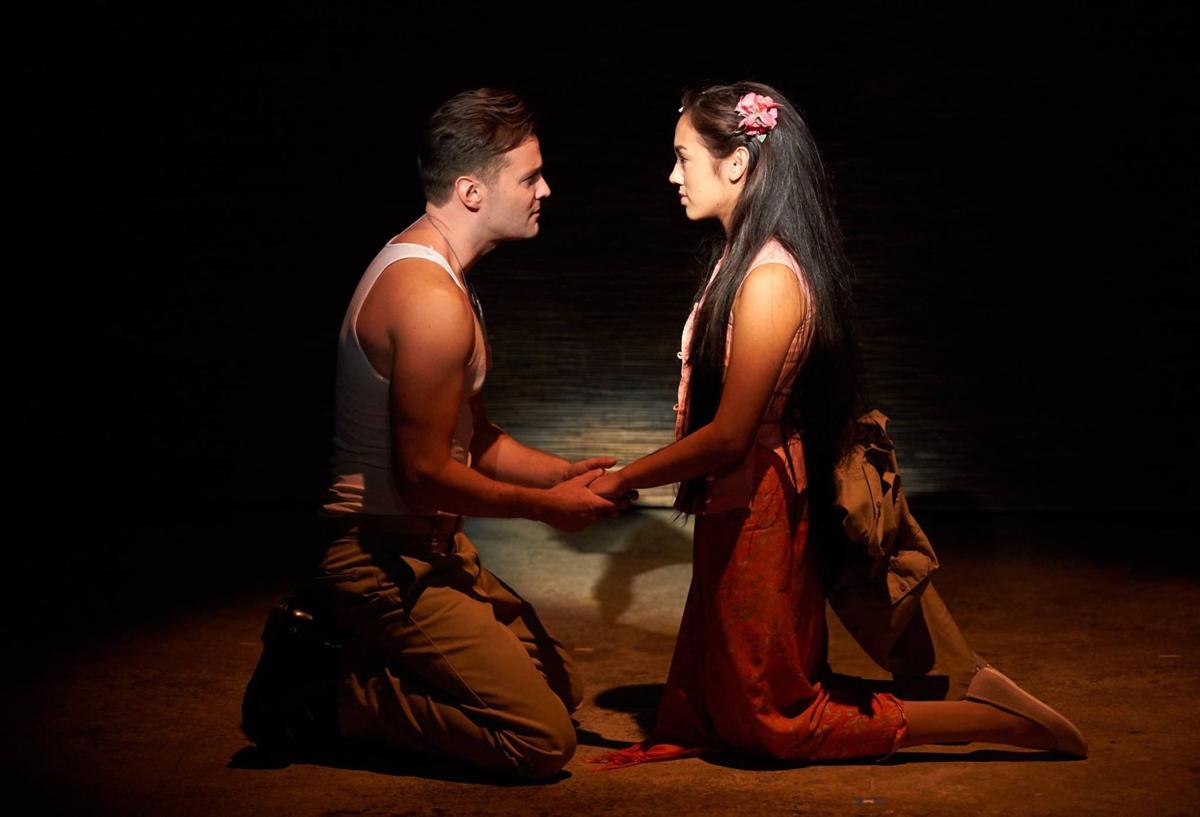 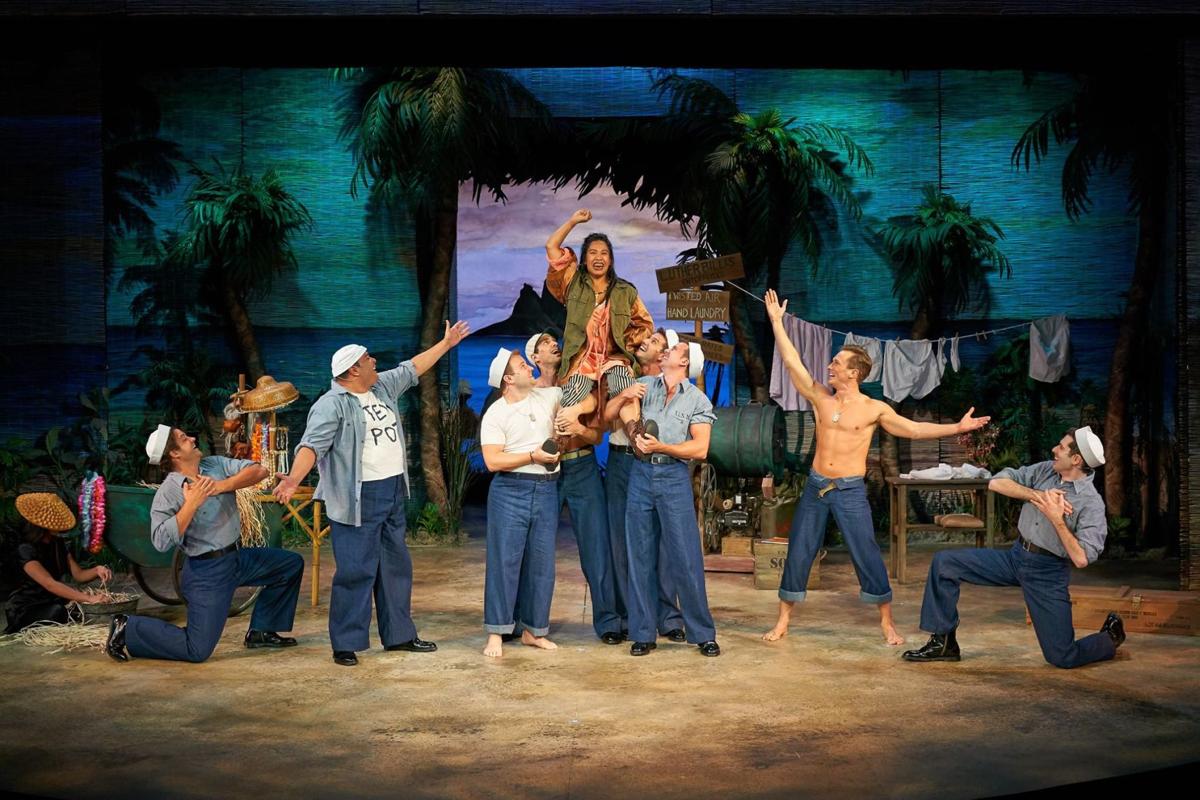 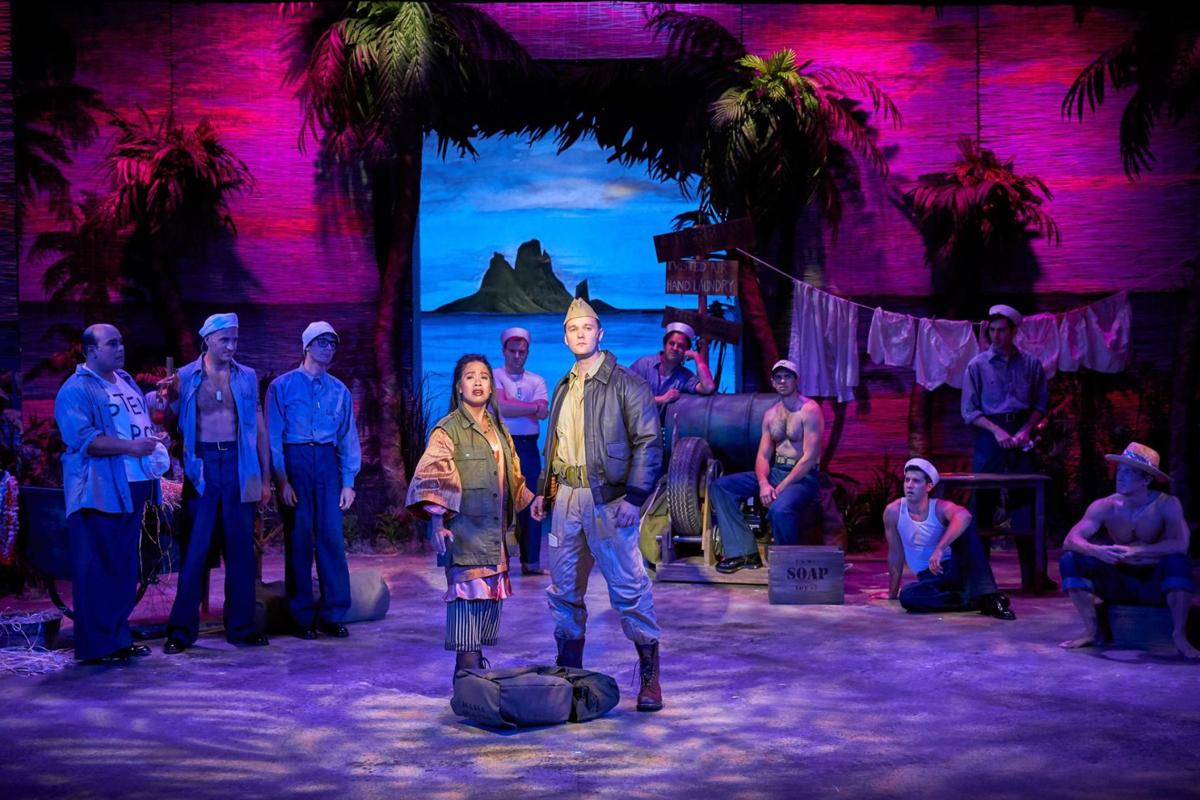 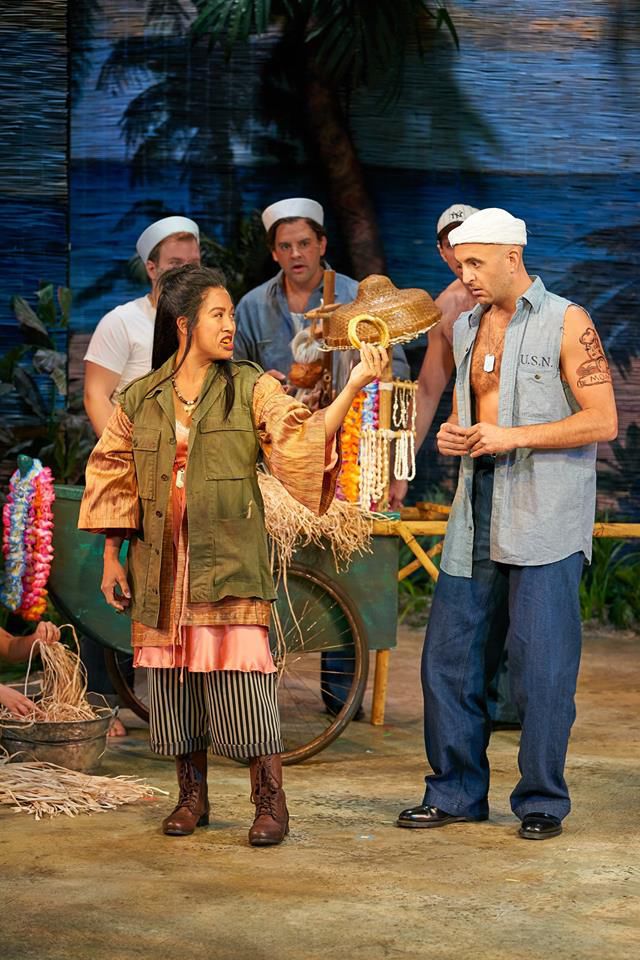 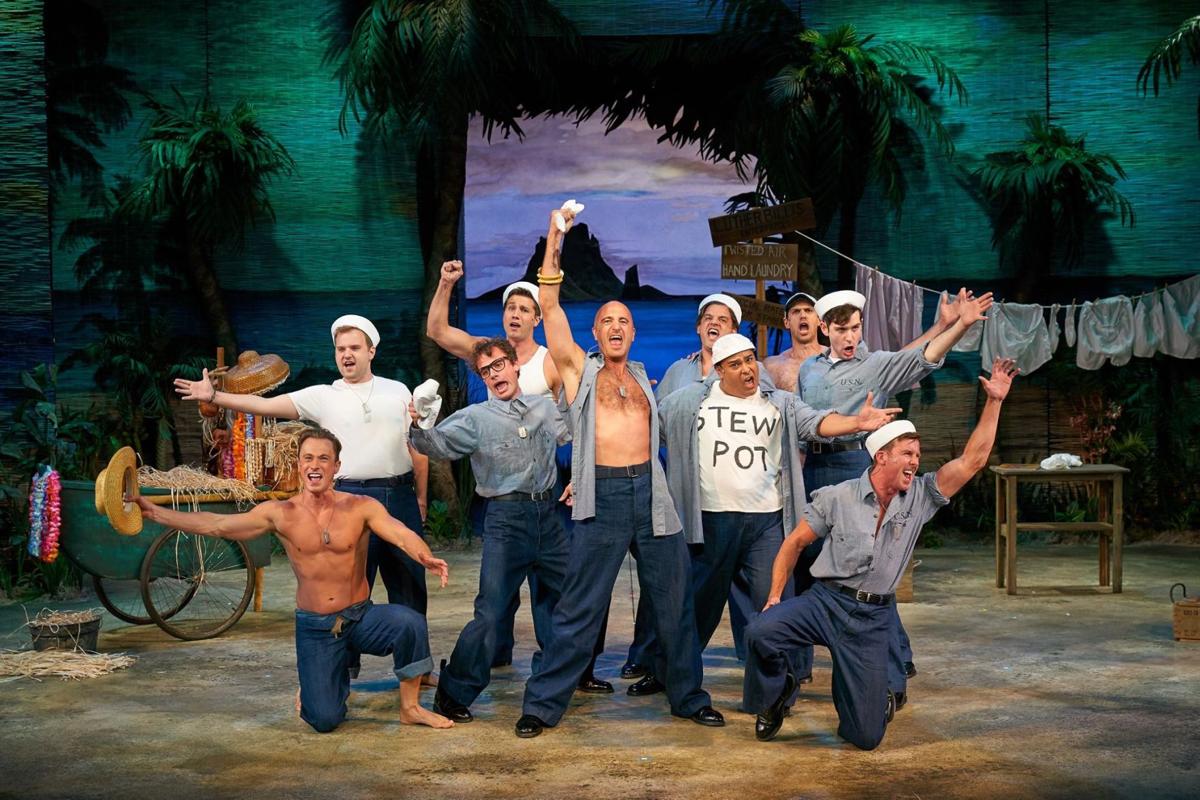 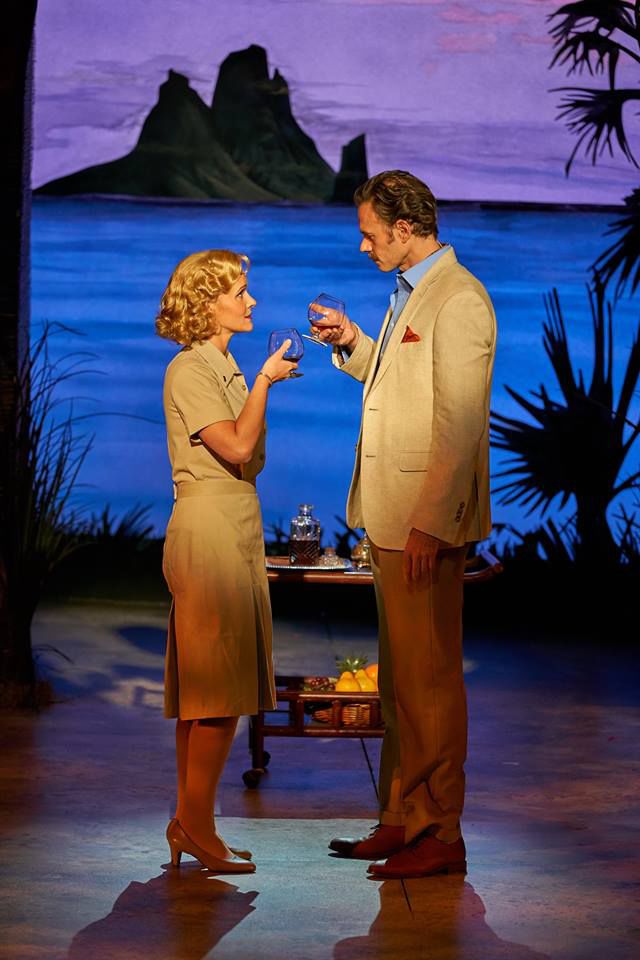 Story: Nellie Forbush, a Navy nurse from Little Rock, is assigned to a naval outpost on an island in the South Pacific during World War II. While there she is mutually attracted to an expatriate French plantation owner named Emile de Becque. Eventually she learns that he is a widower and also that his late wife was a Polynesian woman who bore him two children.

The station greets a young Marine, Lt. Joseph Cable, who has been sent to coordinate a dangerous undercover mission to a nearby island that could turn the war against Japan. He is especially welcomed by a feisty, native entrepreneur named Bloody Mary, who sizes Cable up as a suitable husband for her daughter Liat.

Forbush and Cable find themselves challenged by their respective love for de Becque and Liat because Liat and de Becque’s children are dark-skinned, something the Southern Nellie and the Main Line scion Cable from Philadelphia cannot accept because of their own or their society’s prejudices.

When Nellie subsequently turns down de Becque, he volunteers to assist Cable on the dangerous mission, feeling he has less to live for than he had hoped. Their heavy hearts may carry the seeds to the ultimate success of their dangerous mission and the fate of the war in the Pacific theater.

Highlights: More timely than ever, Rodgers and Hammerstein’s perennially popular South Pacific is given a strong interpretation by Stages St. Louis to close out the company’s 2017 season on a high note, led by the glorious voices of Leah Berry as Nellie and Matthew Hydzik as Cable.

Other Info: Stages artistic director Michael Hamilton provides expert direction and musical staging for his company’s second presentation and first in 25 years of one of Broadway’s most successful musicals ever. A strong cast, spirited choreography and smooth pacing make this version of South Pacific an engaging exercise for ensemble and audience alike.

South Pacific’s original run lasted 1,925 performances from its premiere in 1949, winning 10 Tony Awards including Best Musical, Best Score, Best Libretto and all four acting categories, the only musical ever to mark such an achievement.

Featuring a score by Richard Rodgers, lyrics by Oscar Hammerstein II and a book by Hammerstein and Joshua Logan, it also enjoyed a revival on Broadway in 2008 which closed just short of 1,000 additional performances.

Berry’s performance is powerful both in her glorious singing and also in her vibrant portrayal of the good-hearted nurse who faces her own prejudices thousands of miles from home and becomes a better person for it. Her full-throated soprano carries the day on I’m Gonna Wash That Man Right Outa My Hair, A Wonderful Guy and others in the hit-filled score.

She enjoys an easy chemistry with Michael Halling in the role of de Becque, even if he doesn’t appear to match the age of the 44-year-old “ancient” de Becque in the Pulitzer Prize-winning story by James Michener. Halling has a pleasing voice, though, making Some Enchanted Evening a lilting pleasure and This Nearly Was Mine a heartfelt ballad.

Hydzik has the looks and the serious countenance to suggest that Cable comes from the patrician stock of a stuffy Eastern family, along with a powerful voice that conveys all the emotion behind the beautiful ballad Younger Than Springtime which Cable sings to Liat. He persuasively intones Hammerstein’s insightful lyrics about bigotry in the wise number, You’ve Got to Be Carefully Taught, as Cable explains the seeds of prejudice to the bewildered de Becque.

Joanne Javien is a spitfire of humor and sass as the irrepressible Bloody Mary, crooning the show standard Bali Ha’i with verve and passion, while equally convincing in her comic badinage with Mark DiConzo as the wheeler-dealer seabee Luther Billis.

Javien and DiConzo share the majority of the show’s laughs with their exuberant portrayals, which balance with the show’s more poignant moments. Local favorites John Flack and Steve Isom carry their share of the comedy as well as Capt. George “Iron Belly” Brackett and his second-in-command, Commander William Harbison, respectively.

Hammerstein tackled the injustices of bigotry head-on with his story based on the equally knowledgeable work by Michener. Add Rodgers’s tender ballads and rowdy ensemble pieces and it’s easy to see why South Pacific has stood the test of time so well.