'Hamlet: See What I See' Is a Visual Confection: Theater Review
Share this
1 of 7 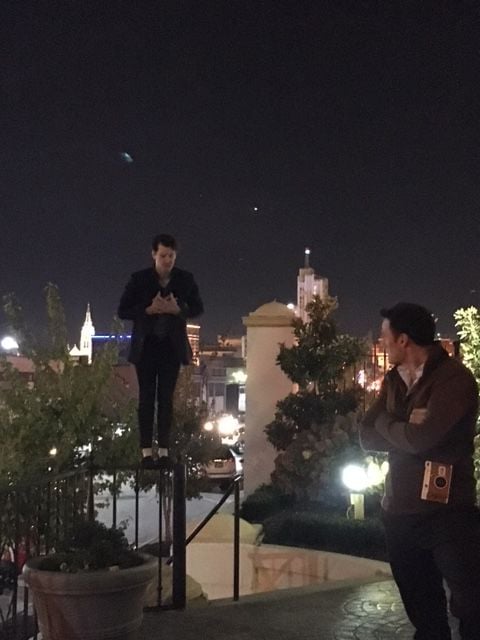 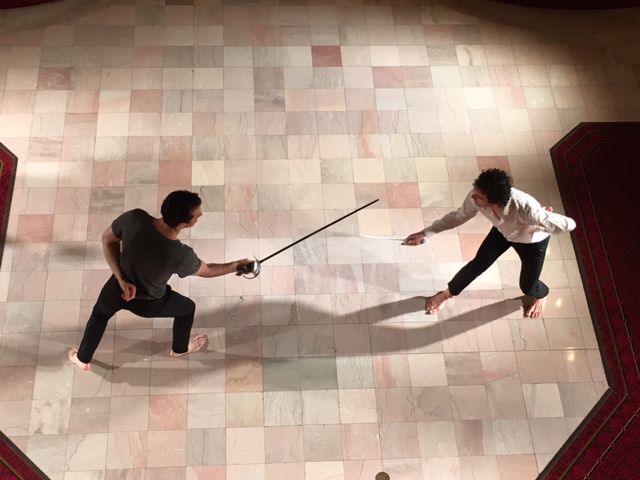 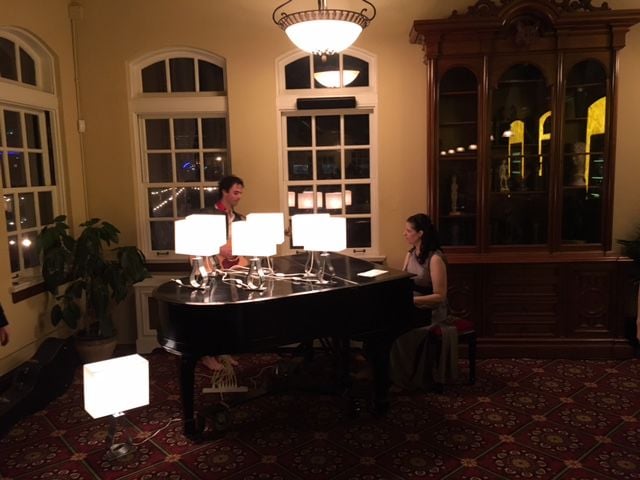 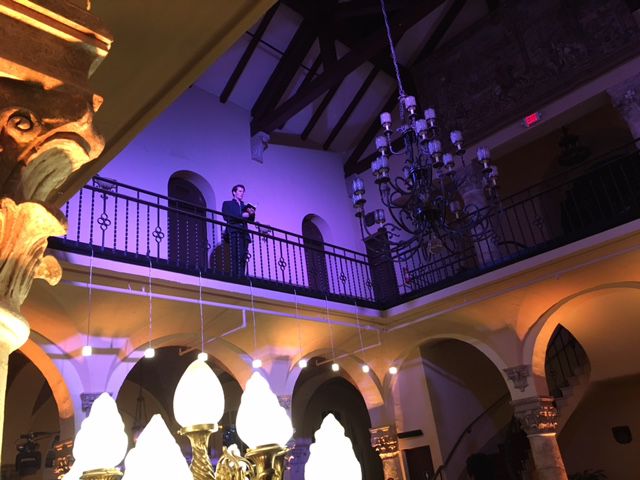 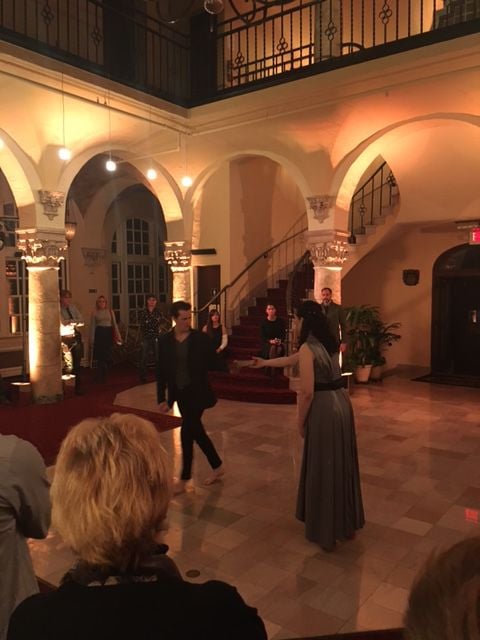 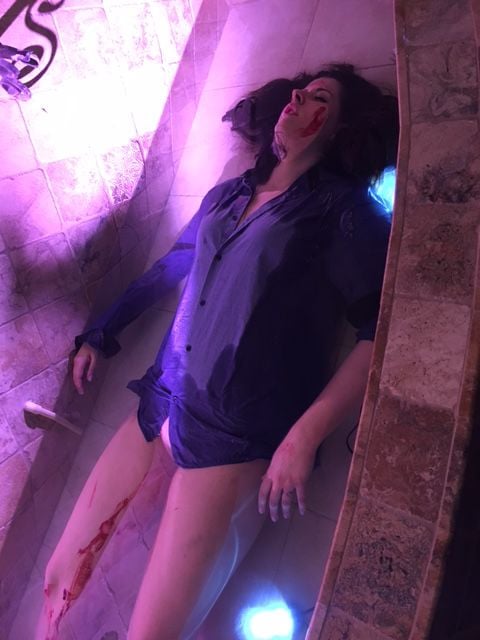 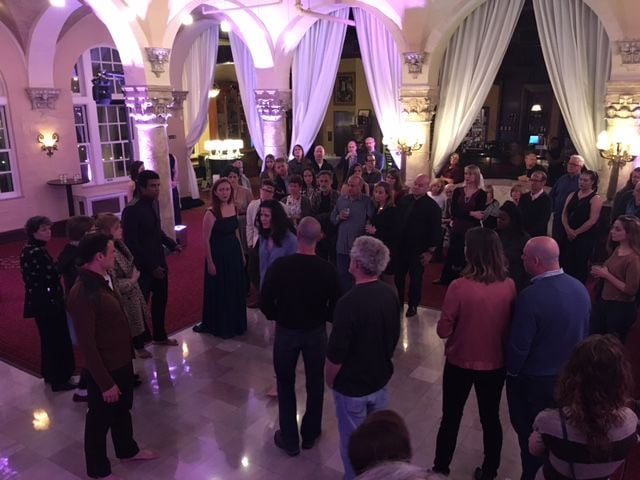 Story: Hamlet, Prince of Denmark, is distraught over his father’s sudden death. When his uncle Claudius quickly marries Hamlet’s mother Gertrude and assumes the throne, the prince suspects that Claudius orchestrated the death of Hamlet’s father in order to become king himself. With that ‘murder’ as motivation, the ‘melancholy Dane’ sets about an elaborate scheme to avenge his father.

Highlights: New theater troupe Rebel And Misifts Productions makes an impressive debut with this “immersive theatre” presentation in which performers mingle with audience members as all of them go from room to room following Shakespeare’s enduring tragedy of madness and revenge.

Other Info: Hamlet: See What I See is the first production in Rebel And Misfits’ “Immersive Theatre Project.” According to publicity information, artistic director Kelly Hummert plans to present productions “in diverse and unusual locations, inviting audiences to enjoy a new, daring way to experience theatre.” Hummert says that “Immersive theatre is a way to explore plays in another light…When you jump into this world you become completely invested in the story.”

Even during the cocktail hour preceding the show, performers may mingle with the audience at a bar area in the spacious and elegant Barnett on Washington, as described in the “Rules of Engagement” at the company’s web site (www.theimmersivetheatreproject.com). Patrons are invited to wear “festive attire” to attend a “celebration” of the marriage of Queen Gertrude and her former brother-in-law and newly crowned King Claudius. They’re also encouraged to use their cell phones to chronicle the event.

The experience, reminiscent of some works by OffSite Theatre, allows for a migration of players and audience from the grand lobby of The Barnett onto the second floor and even outside for the famous grave-digging scene where Hamlet ruminates over the skull of the former royal jester Yorick.

It’s all visually very attractive and amusing, but the play’s the thing, right? In this regard, Brandon Alan Smith fiercely assumes the mantel of the troubled title character. He commands attention as he superbly delineates the psychological deterioration of Prince Hamlet while the young Dane contemplates revenge after the ghost of his deceased father requests as much.

Smith, a star of TV’s Gotham series, is fascinating to observe as he moves manically from room to room, setting up the fateful Mousetrap play-within-a-play in order to get a troubled rise from his usurping uncle. He’s callous and cruel to Polonius’ daughter Ophelia, boorish to his mother but energized by his friendship with Horatio, all of which Smith projects with calculated precision.

Isaiah Di Lorenzo does fine work capturing the servile qualities of the opportunistic Polonius, and Hummert does well as the mistreated Ophelia, whose love is taunted by the scheming Hamlet. Francesca Ferrari and Reginald Pierre are good as Queen Gertrude and King Claudius, respectively.

Christopher Tipp is solid as the troubled Laertes seeking to avenge his own father’s death and Lee Osorio capably handles the role of Hamlet’s confidant Horatio. Sarajane Alverson amuses while handling a pair of sock puppets that portray both Rosencrantz and Guildenstern.

The troupe hired by Hamlet to perform The Mousetrap includes Tyler Cheatem, Leif Newberg, Blaque Pearl and Andrea Reed, and Andy Sloey does well as Fortinbras and one of the gravediggers. Production notes point out that dancers and improv artists join “spoken word artists” in the performance, which in truth runs the gamut from superior interpretations to more mundane ones.

Director Melanie Armer, who wrote this adaptation, keeps the presentation flowing as well as the players and audience by having her “movable stage” in flux throughout the evening. This allows for varying perspectives on the action depending upon where a particular patron ends up (mostly standing, as very few seats are scattered about). You may find yourself on a staircase or behind a fountain, often times gently moved aside by a player en route to a new scene.

You’ve doubtless seen Hamlet done in sundry and stylistic ways. Hamlet: See What I See, however, is a visual confection as well as a satisfying dramatic adventure, well worth an investment of time to experience.

Play: Hamlet: See What I See

Venue: The Barnett on Washington, 3207 Washington