In October, the Saint Louis Science Center revealed its latest offering: a 7,500-square-foot free interactive exhibit called GameXPloration. The exhibit focuses on how games affect all of humankind and how aspects of psychology, neuroscience and technology each play a role in the world of games.

Found around the left corner from the main entrance, GameXPloration immediately draws in the museumgoer with its cool-colored lighting, reminiscent of arcades and retro-style video games. Although it’s designed to be particularly enticing to teenagers, project manager Christina Carlson notes that there’s something for everyone within the exhibit.

GameXPloration takes the visitor through five different “worlds,” starting with the early days of games all the way up to gaming as it is today. Visitors have the chance to explore what the games are, who plays them and why they’re important.

The first world contains areas to play traditional board games, along with exploring chess in a different way – vertically. From there, visitors to the second world consider the word technology and how its use in games has morphed over time: from ancient civilizations creating rubber balls out of tree sap to games on mobile devices. This world contains a massive two-person Nintendo Entertainment controller where visitors can play Super Mario Brothers and a chance for museumgoers to experience the first widely known video game, SpaceWar! They’re also able to peek inside a variety of game consoles to gain a better understanding of how the complicated devices operate.

“We have all these devices, and many people have no idea what’s in them or how they function,” Carlson says. “This is one way to get people to start thinking about that.”

GameXPloration also has an entire section dedicated to the “rise of the arcade,” which constitutes world three. According to the center’s website, games satisfy many core human needs and motivations, including autonomy (desire to have freedom of choice), competence (desire to control outcomes and master skills) and relatedness (desire to be connected to others). This third world explores arcades through these needs and motivations while allowing the visitor to play favorites like Atari 2600: Pitfall, Pac-Man, Space Invaders, table tennis played through a tube and an eight-player version of foosball.

From these classics, the visitors move into the fourth world: “a new reality.” This section is where the center has integrated some of recent years’ most cutting-edge technology including virtual and augmented reality – which Carlson says people often confuse. Virtual reality, defined as an artificial, computer-generated simulation or re-creation of a real-life environment or situation, provides a more immersive experience, according to Carlson. Augmented reality layers computer-generated enhancements atop an existing reality in order to make it more meaningful through the ability to interact with it.

“There’s the opportunity to learn about how both can affect your perception of the world,” Carlson says. “We really wanted this exhibit to be a chance for people to experience technology they might not get to try in their everyday lives.”

Beyond a world created for the gamer to experience, GameXPloration also features a section for attendees to become a game creator. And no, learning to code isn’t part of the requirement! In the fifth world, visitors will learn how game developers approach designing games and even get the chance to play games developed by local companies, like Pixel Press’ Bloxels.

Overall, the exhibit features more than 30 interactive components and games – many of which will be changed out at least quarterly in its yearlong run so no two visiting experiences are the same. Plus, it’s the only gallery at the museum to be co-developed with the center’s audience members: Center staff engaged teens from their Youth Exploring Science Program to help develop the exhibit from its early stages. The teens played an integral part in making sure the exhibit featured places to just hang out and play popular games like Rocket League – along with its many educational components.

“Everyone involved was passionate about some aspect of putting this exhibit together,” Carlson says. “We really harnessed the staff’s interests in what they loved, and it all came together in just six months.” 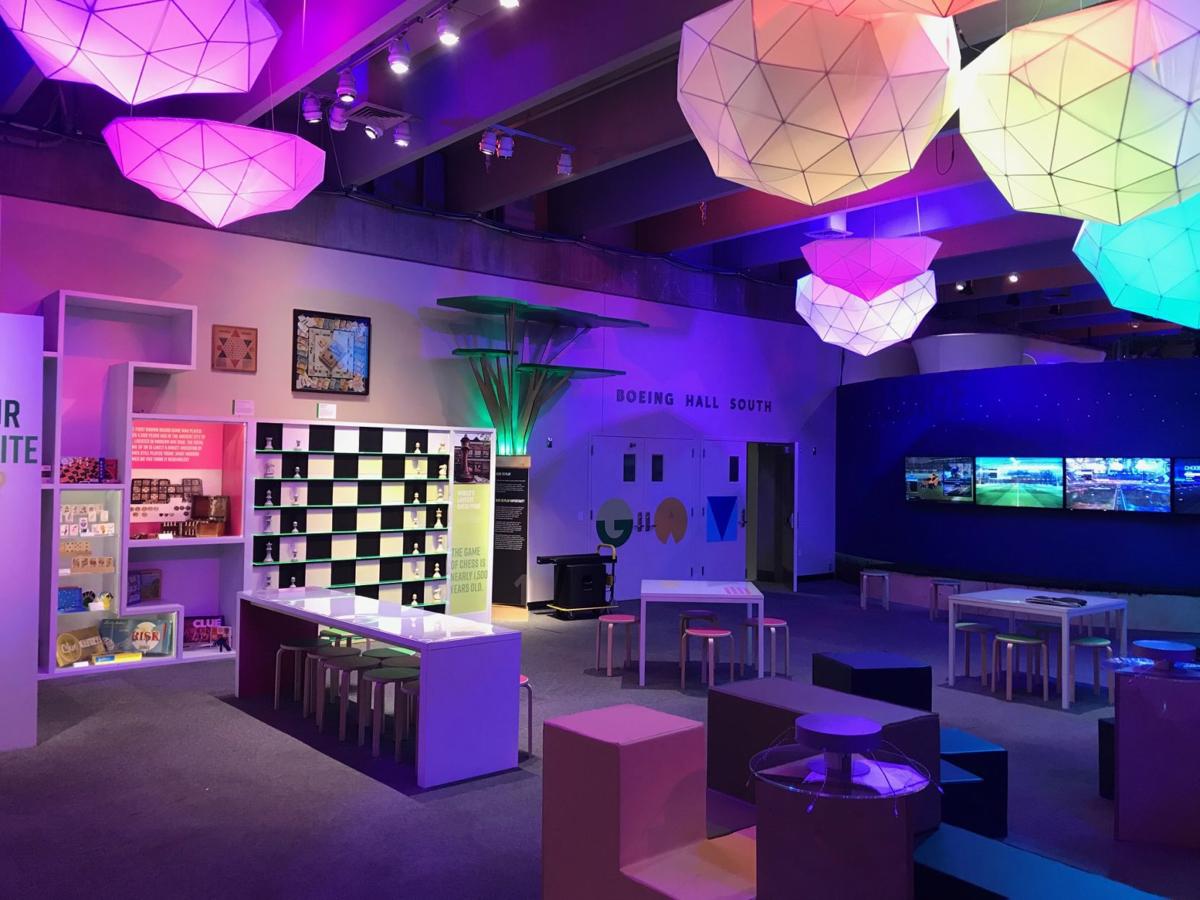 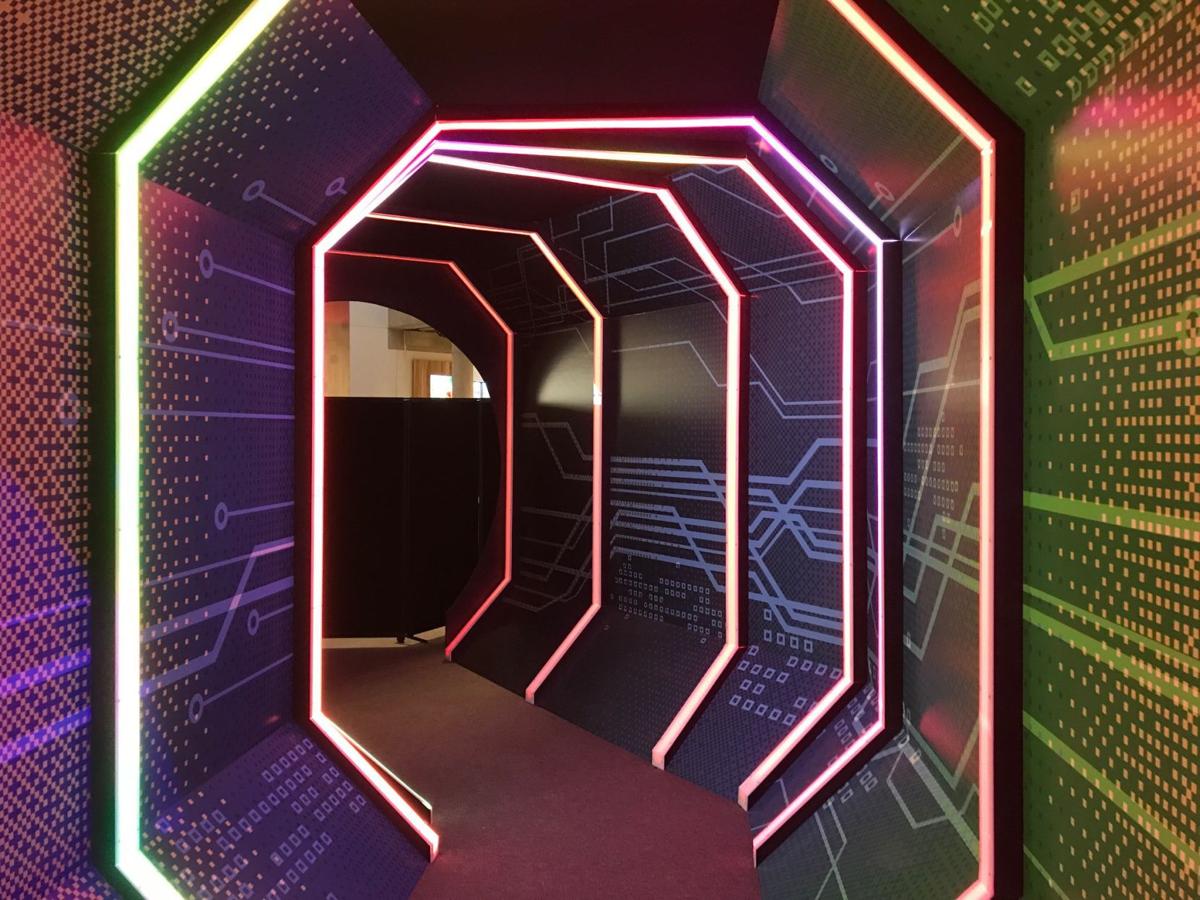 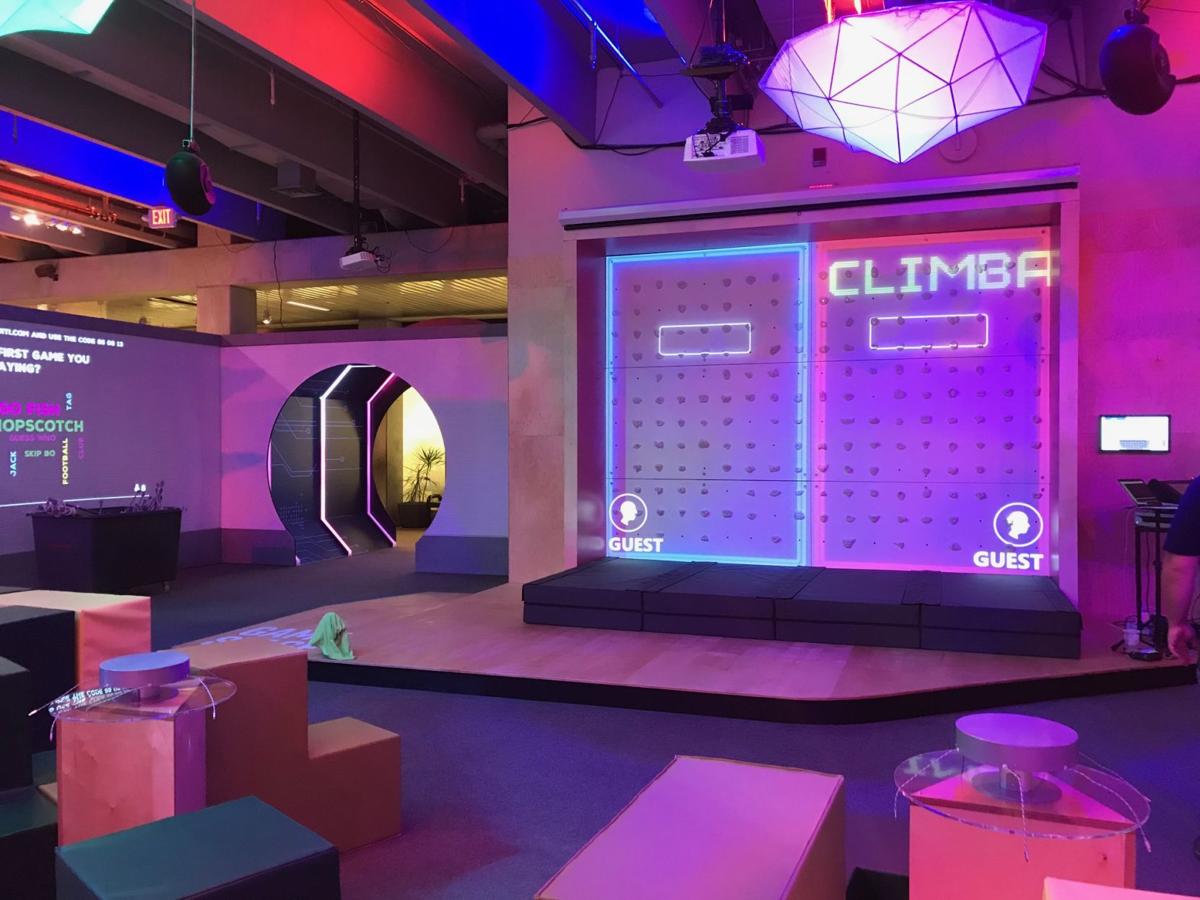 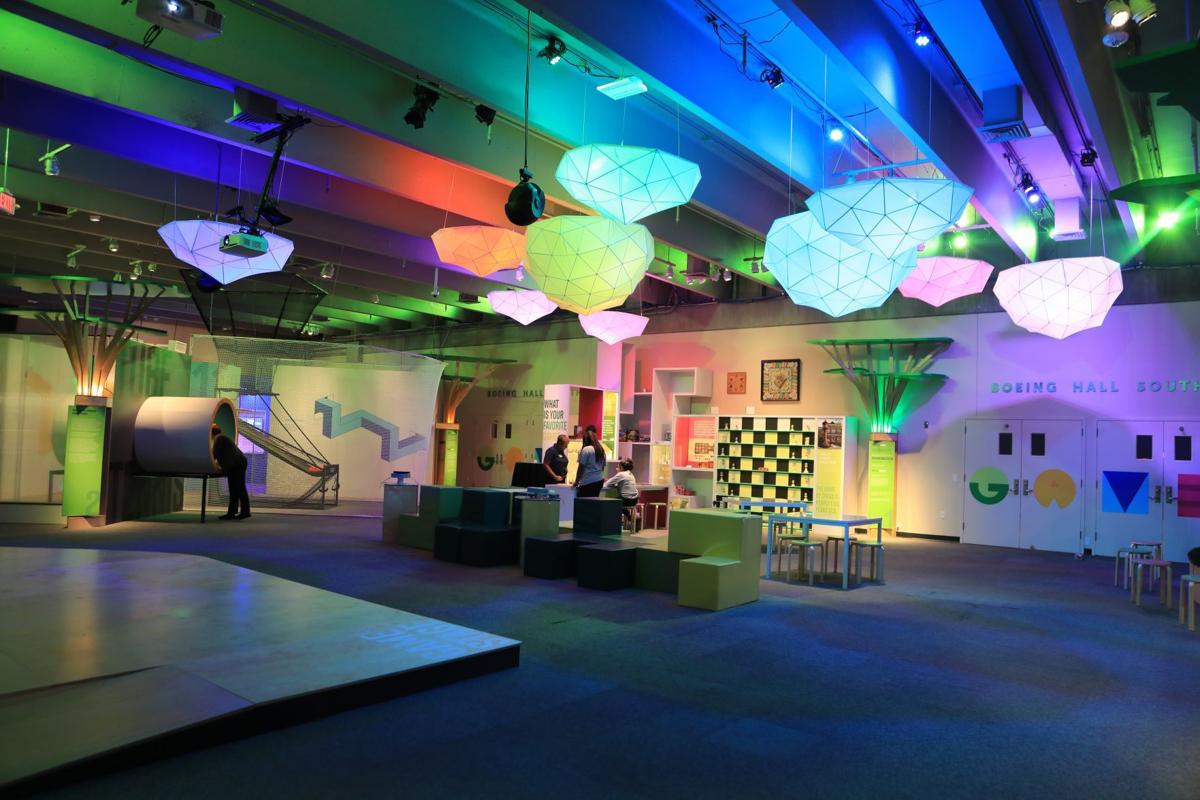 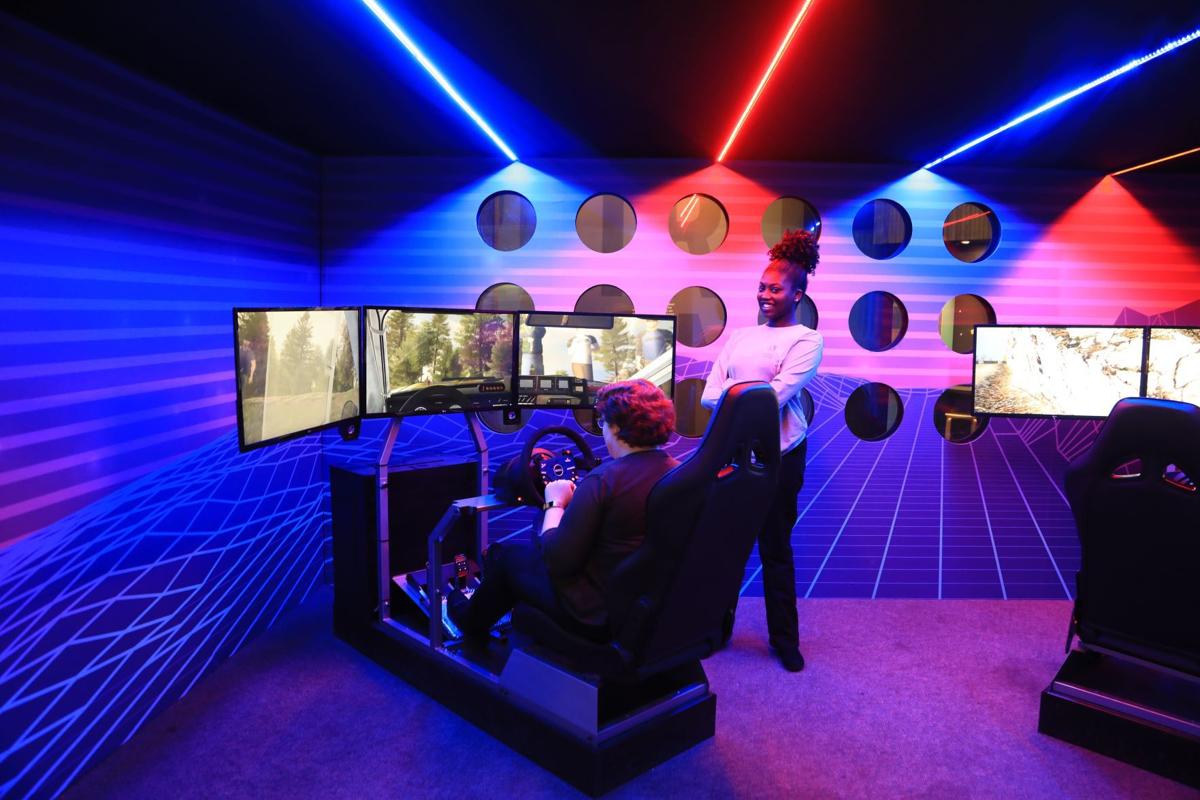