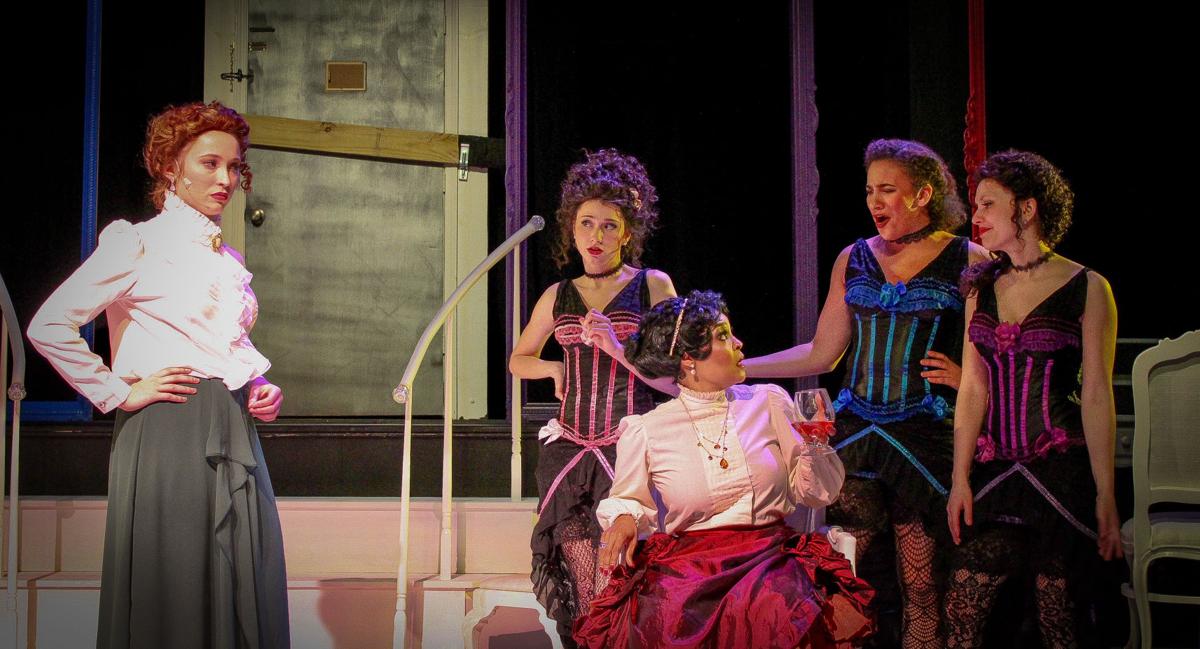 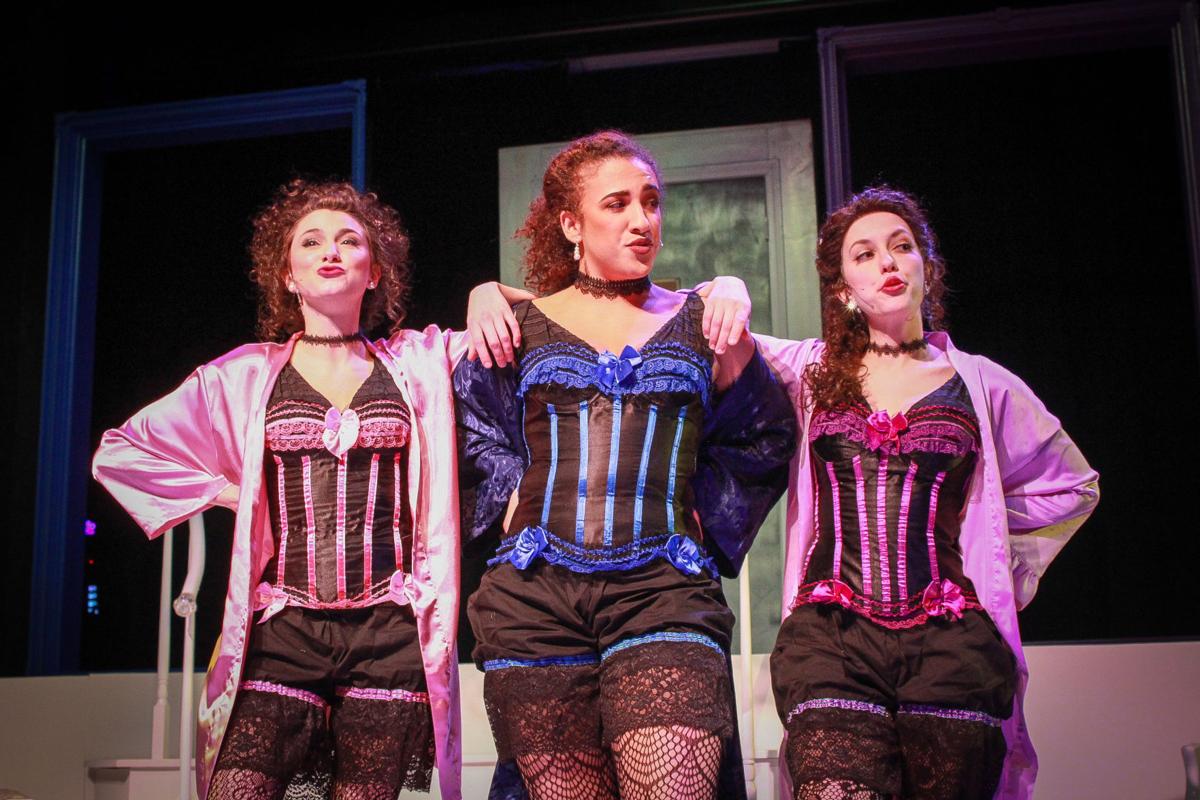 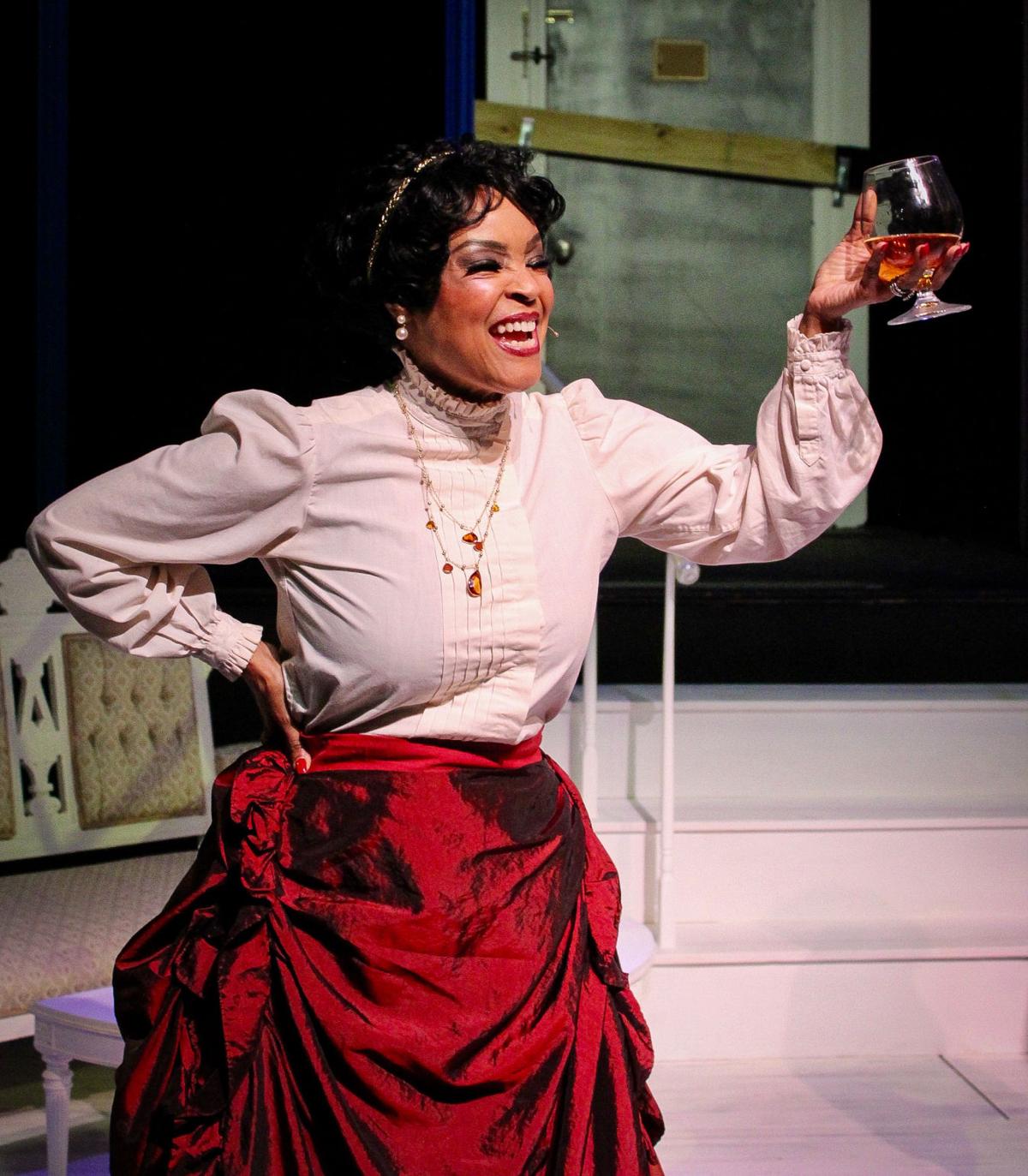 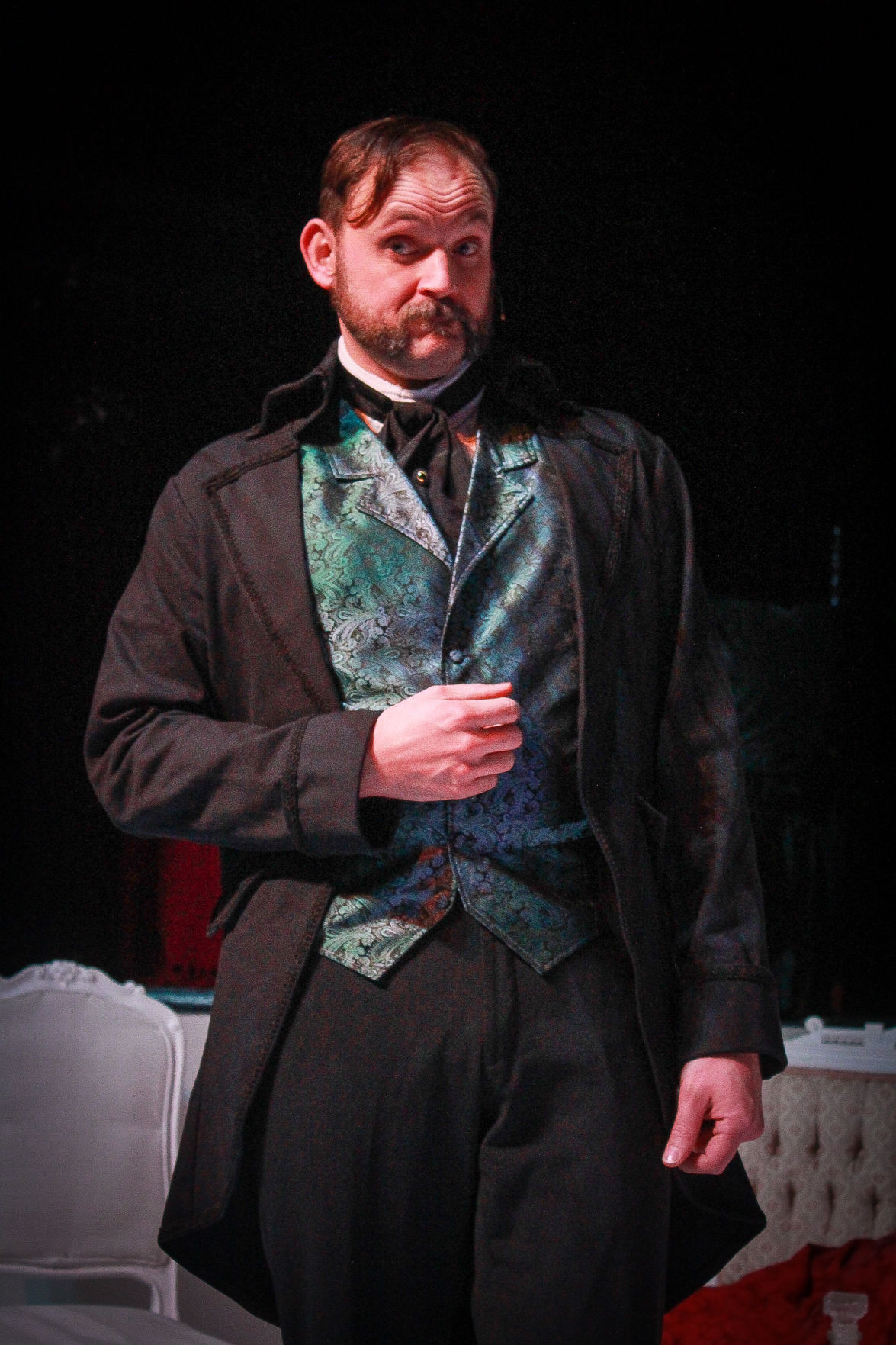 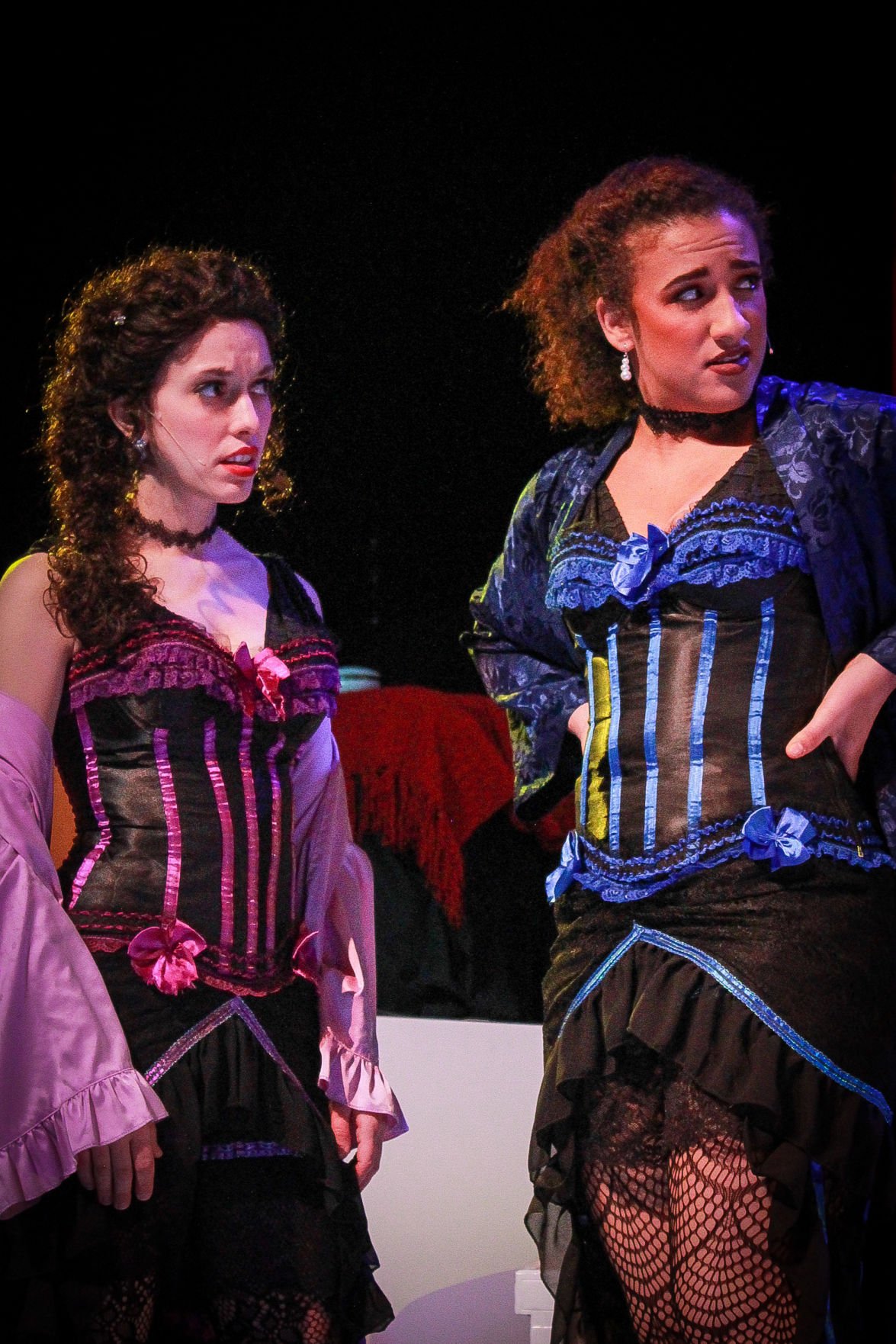 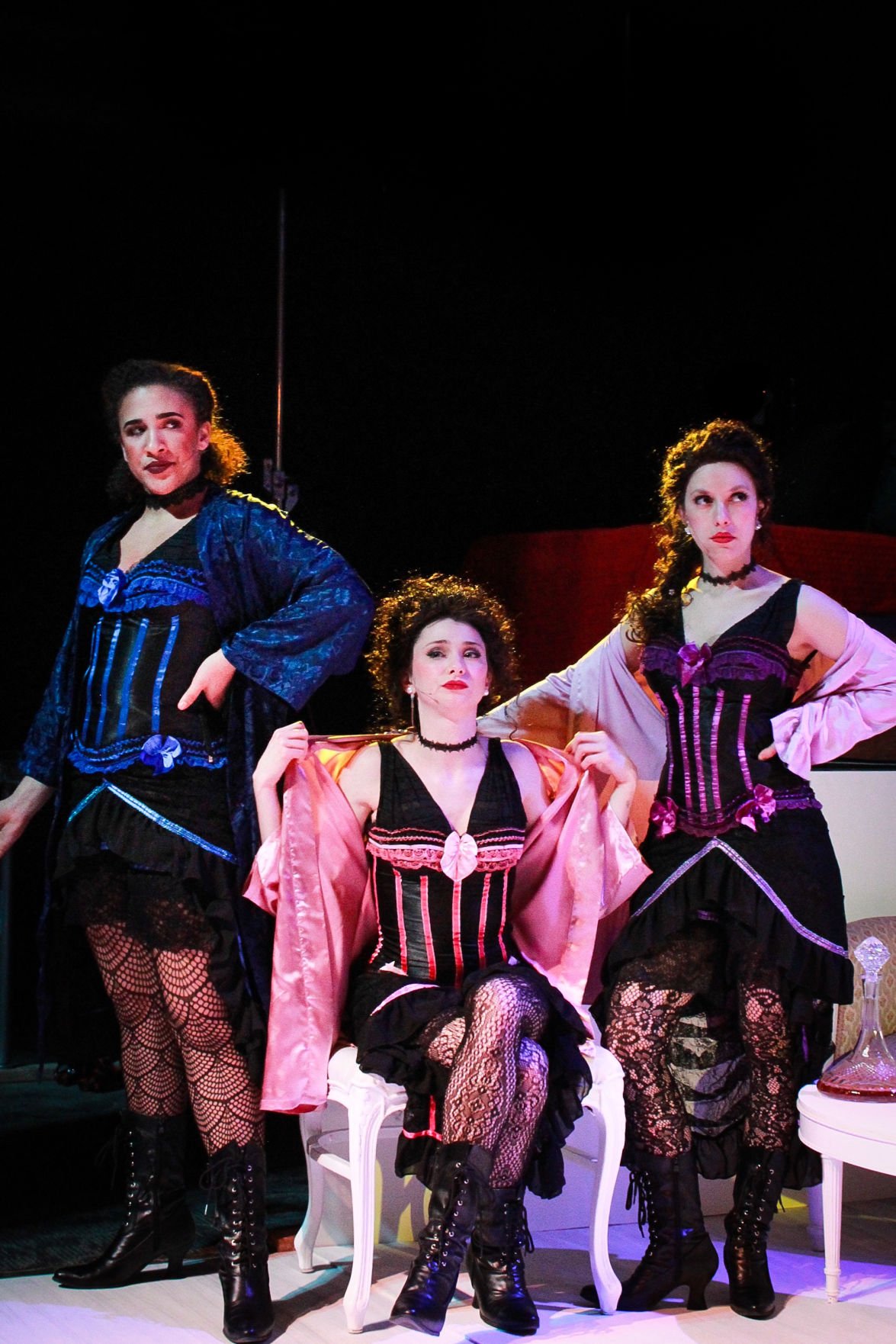 Story: Eliza Haycraft was born in Callaway County, Missouri in 1820 and moved to St. Louis 20 years later. She arrived penniless and could find work only as a ‘lady of the night.’ With prostitution declared legal for a short time in St. Louis, the illiterate but intelligent Haycraft soon owned her own brothel.

Her brothel employees in Reconstruction-era St. Louis includes a free-wheeling hooker named Calista, a young woman named Billie who disguised herself in order to serve in the Union Army, a woman named Tennie whose sister plans to run for President of the United States, and Ripley, who aspires to go to medical school back East.

When a timid young stranger named Mercy Jones appears at Madam’s doorstep, Haycraft graciously takes in the charge, despite some concerns of the others. Madam insists that her girls be treated by their clientele at all times by three rules: Respect, Consent and Pay Up Front.

A brutish, regular visitor known only as The Benefactor one day approaches Haycraft with a business deal: He wants to buy her property in exchange for guaranteeing her a burial place in Bellefontaine Cemetery, known for catering to the wealthy.

Madam is in declining health, exacerbated by her heavy drinking, but she is determined to take care of her employees after she leaves. She takes a liking to the mysterious Mercy and thinks that Mercy may be able to take over her enterprise. But is Mercy other than what she appears? And can she really be trusted?

Highlights: A fascinating and little-known aspect of 19th century St. Louis is the focus of this intricate and lively musical making its local premiere under the auspices of a new company titled Fly North Theatricals.

Other Info: Colin Healy wrote the music, lyrics, orchestrations and book for this two-act musical which runs approximately two hours and 30 minutes, including intermission. It’s smartly told, even if sometimes it’s difficult to ascertain what performers are exactly saying in the frequently challenging .ZACK venue.

Madam received its world premiere last summer at Bluff City Theatre in Hannibal, which commissioned Healy to produce the piece. Since that successful debut, Healy and managing director Bradley Rohlf estimate that the local premiere has changed approximately 30 percent from that endeavor as Healy continues to fine-tune his clever work.

Apart from historians, it’s doubtful that many area residents have even heard of Haycraft. Regardless, Wikipedia’s entry about her reports that more than 5,000 people attended her funeral in 1871, when she left behind an estate valued at more than $250,000, or roughly $30 million in 2020 value. She was the wealthiest and most powerful woman in the Gateway City.

Healy does a solid job fleshing out this noteworthy phantom from the past with witty lyrics, which feature an odd rhyming scheme reminiscent of other modern musicals which have played Broadway. Heck, if some of the characters, such as The Benefactor, could be elevated above their current two-dimensional status, there’s no reason Madam couldn’t establish residence along the Great White Way.

The company’s web site describes Healy’s music as “’power swing,’ fusing elements of modern pop and musical theatre with traditional St. Louis blues and swing revival.” Whatever. All I know is that it sounds catchy and captivating.

This is an impressive effort for the most part, with fine performances by the cast including Kimmie Kidd-Booker in the title role of spirited and ardent feminist Haycraft, who insisted on the visiting men treating her courtesans with respect at all times. Phil Leveling is imposing as the sinister Benefactor, although it would help if that character had more dimension.

While the acting is solid, what really distinguishes in this production of Madam are the standout vocal performances by the cast. The women in particular have stellar voices which beautifully shape Healy’s lyrics and successfully navigate his sometimes intricate melodies.

Fly North Theatricals bills itself as “an STL-based non-profit committed to producing new, inventive and accessible works of musical theatre.” With Madam, it’s off and running to nobly achieve such a worthy goal.