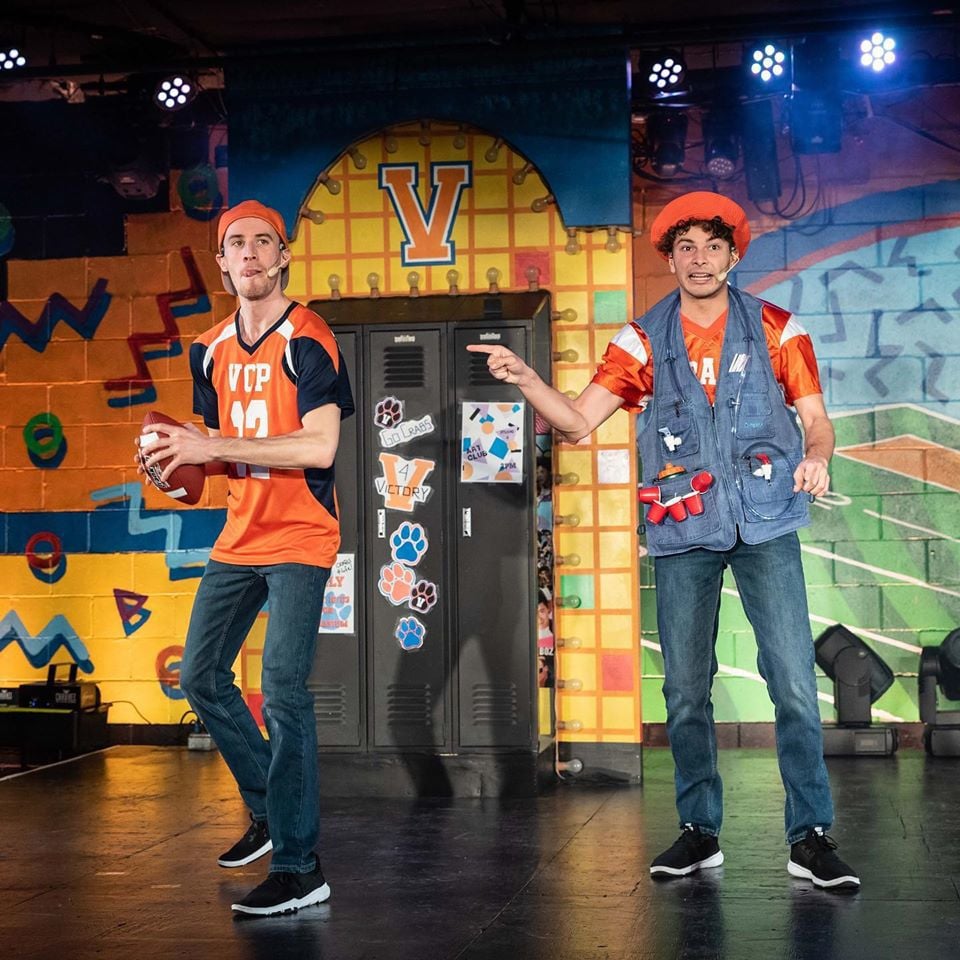 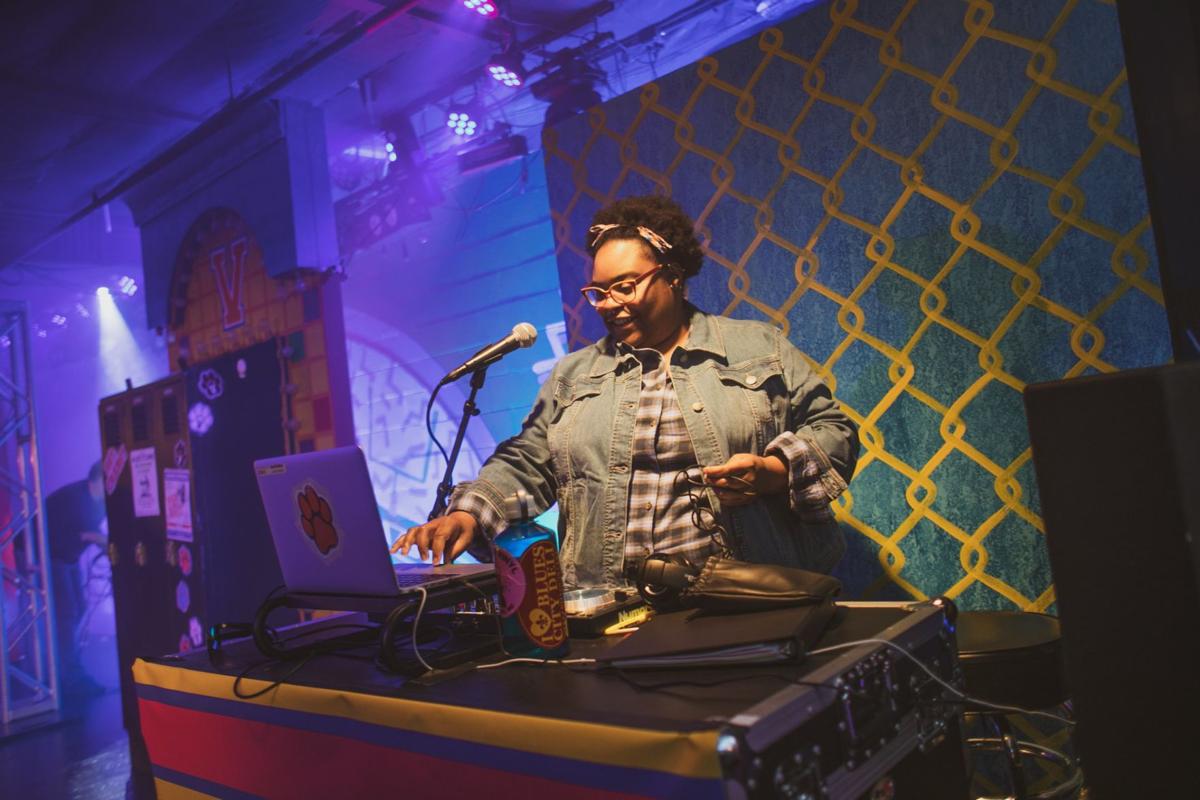 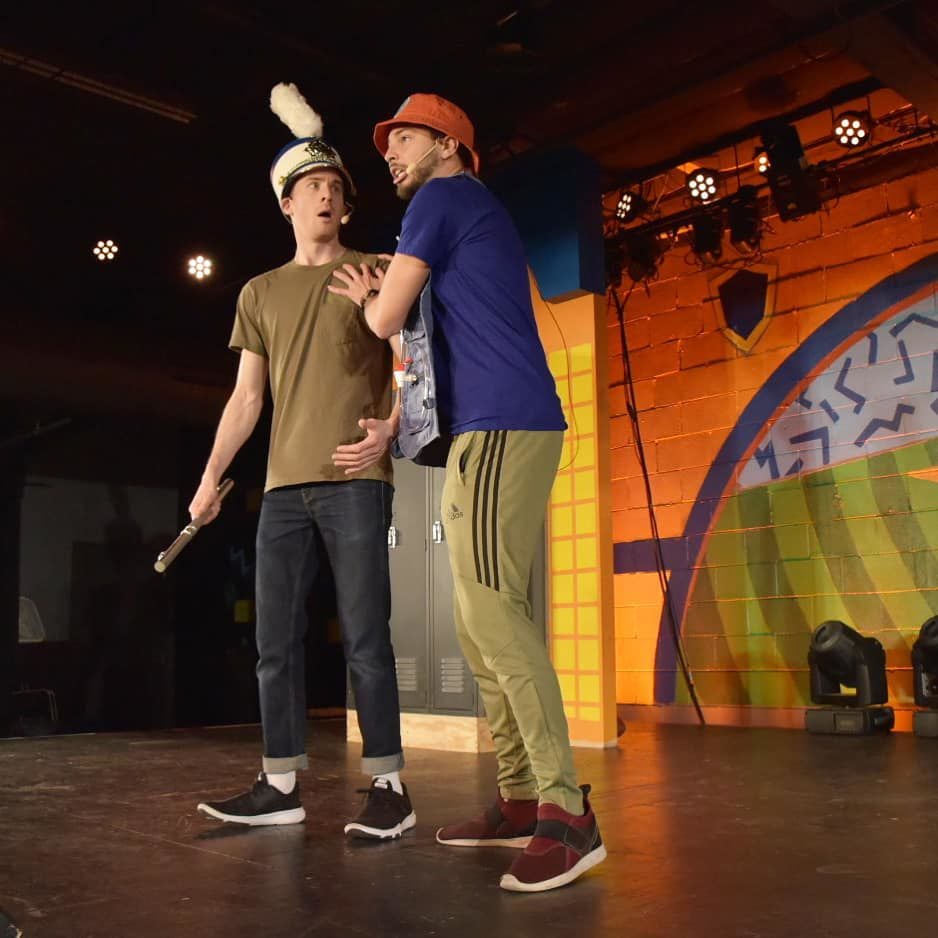 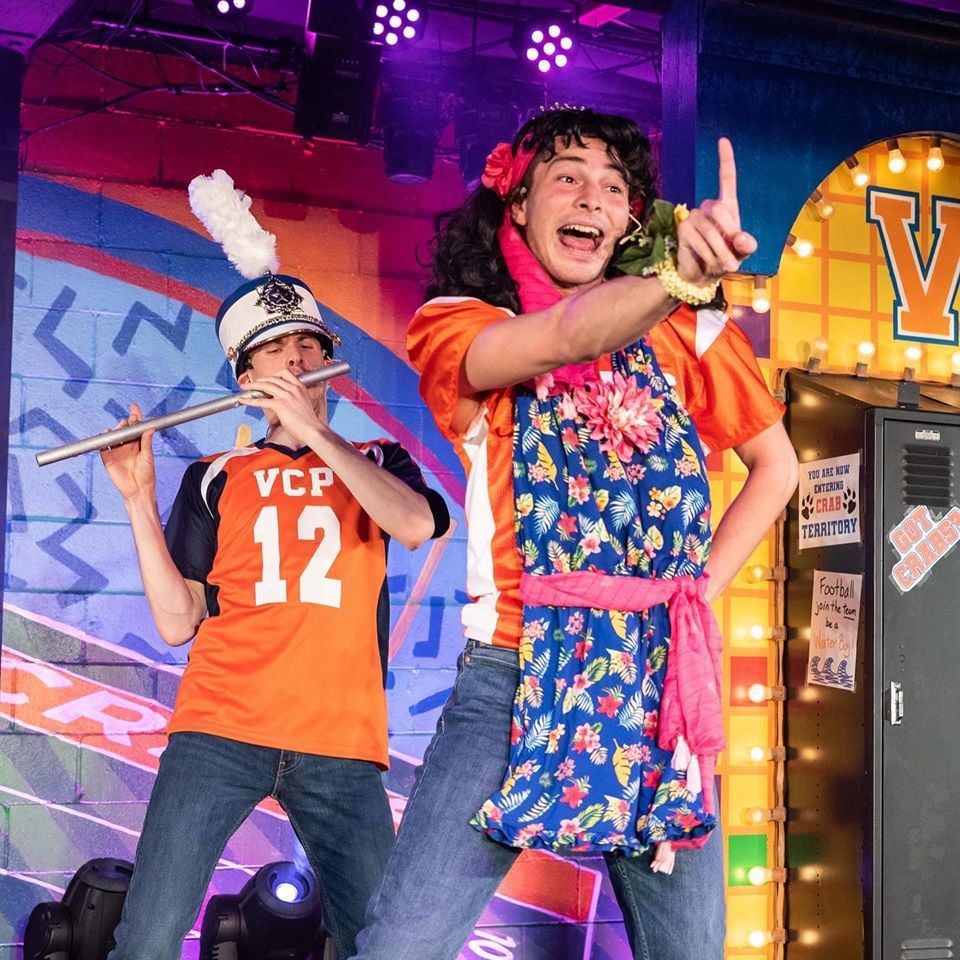 Story: Valentine is the star quarterback for Verona College Prep. He’s still chafing over VCP’s loss in the state championship a year ago because of an errant field goal attempt. When he sees Sylvia, a foxy cheerleader who also happens to be a football wizard, he’s in love.

His bff Proteus is lovestruck, too, with the artsy Julia, who is shy but fond of him as well. She isn’t happy, though, when Proteus gets a look at his bud Val’s new lady and decides he wants Sylvia for himself.

Lance, the football team’s waterboy, enlists the aid of his flautist (not flutist) pal Speed to make a video seeking additional waterboys for the team. When Julia sees the video, she decides to dress as a boy named Raul and try out for the job in order to get closer to Proteus. Upon seeing Raul, Proteus gives him (her) a treasured item Julia had in turn given to him and instructs Raul to offer it as a present to Sylvia.

Sylvia wants nothing to do with the two-timing Proteus, which impresses Julia (Raul). Meanwhile, Valentine happens upon a stoner named Skater Boy, a dude with a mean foot, at the local hangout. He convinces Skater Boy to suit up for the big game, which is OK with Coach Duke, who just wants to win.

The moral of this hip-hop, teen story? As Julia learns, for a happy ending all you have to do is ‘dress the part.’

Highlights: Shakespeare Festival St. Louis scores a winning touchdown with this fast-paced, frenzied and hilarious hip-hop take on The Two Gentlemen of Verona.

Other Info: Written by Chicago’s Q Brothers, GQ and JQ, this 80-minute musical and comic romp features two frenetically sensational performers, Jordan Moore and Garrett Young, playing more than a dozen roles between them. They’re insanely funny and ridiculously talented, combustible forms of energy who heat up The Ready Room with their zany antics.

The Q Brothers, who wrote the words and music to Dress the Part, previously have rendered hip-hop versions of The Comedy of Errors, Romeo and Juliet and Othello with considerable success. That’s certainly the case with Dress the Part, which production notes observe is “John Hughes meets Shakespeare.”

The scenic design by Margery & Peter Spack is a colorful and clever pastiche of high school motifs such as school lockers with a backdrop of a football field, and a pair of narrow walls behind which Moore and Young quickly don costumes to assume different roles.

The players’ costumes designed by Christina Leinecke offer a modicum of differences between the sundry characters, which even is worked into the script as Julia finds that she is immediately mistaken for a boy named Raul simply by donning a wig.

Rusty Wandall adds the upbeat sound design, which includes Simple Minds’ Don’t You (Forget about Me), played at start and finish of the show just as it is in Hughes’ ‘80s high school flick, The Breakfast Club. Jesse Klug’s lighting accentuates the many humorous elements of the performance.

While Sheena Laird’s infectious choreography is given a dazzling workout by the two players, Crim Dolla Cray is the amiable DJ at stage left who adds to the good nature of the show while selecting its music.

GQ and JQ share the directing responsibilities, maintaining an incredible pace and consistently funny hijinks thanks to the incomparable performances of Moore and Young. They must surely burn off thousands of calories at each presentation.

Before each performance there’s also a 30-minute pre-show entertainment. Last Friday it was local comic Bobby Jaycox, who warmed up the agreeable audience with his dry wit and amusing comedy bits.

Shakespeare Festival St. Louis continues to re-invent itself with an impressive breadth of refreshing perspectives on The Bard and his perennially popular tales. Kudos to producing artistic director Tom Ridgely et al for bringing this phenomenal show to The Grove. Treat yourself and see it if you can.