The free, untitled exhibition opens Friday, Feb. 21, and runs till April 4. It includes two other artists: Lesley Richmond, who hails from Vancouver in British Columbia, Canada, and Matt Mitros, who teaches at Southern Illinois University Carbondale.

“I’ve known him for about 30 years now, and outside of being such a great artist, he is also a wonderful and kind human being,” the gallery’s namesake says of Worley.

Reed continues by providing background on the works by Worley that grace the tripartite exhibition. “I would say that from day one, I was attracted to his stately confidence,” he remarks. “The work is highly identifiable and has the ability to show off his experience, as well as instantly triggering pleasant memories and emotions in the viewer. Ken’s work is consistent and strong.”

The gallery’s website provides insights into the artist’s creative process, stating that Worley “uses oil pastels to make sketches and then mills his own oil sticks in the studio for painting. Through a process of layering and scratching into the surface, he arrives at his final image. In many ways, this tactile approach to his work is so essential to the reading of his work.”

In an artist statement, Worley himself expands on the process. “I explore the possibilities of the landscape by using a small group of sites at Rockwoods Reservation, a state park near Eureka … ,” he notes. “From the site, I will do a series of approximately 6-inch crayon drawings whose scale allows me to play with the composition. The shapes and masses become increasingly simplified, and their color becomes more complex in both subtlety and vividness. The crayon drawings are a rehearsal for the later oil stick paintings. … ”

Worley created all but one of the canvases in the current exhibition during the past decade; they range in year of creation from 2006 to 2014. In size, meanwhile, they range from 20 inches in diameter (Rockwoods 12 and Rockwoods 14) to 36 by 42 inches (Rockwoods IV-17).

Given the titular similarity of that trio of canvases and the other three works (Rockwoods II.8, Rockwoods I.16 and Rockwoods VII-19), the gallery’s website expands on Worley’s artist statement.

“For the past 30 years, eco-landscape has been Ken Worley’s subject of choice, depicting a still and simplified nature, where every tree looks like a tear and every hill Mother Earth’s anxious breast,” the website notes. “His goal is to record through his paintings the feel of his favorite small patch of nature rather than its literal appearance, in a subtle way that brings the viewer’s attention to the difference.”

The website continues by quoting Worley: “Landscapes are sensory things. They are always changing. One has no control over a landscape. And there’s a mystery to them. Viewing a landscape is like looking at chaos and discovering order by making some sense of it. There’s so much adventure in there, so many possibilities.”

From inspiration to execution, Worley’s landscapes, though certainly representational, have undergone a pleasant simplification, a degree of abstraction; the (mostly) conifers and hillocks they depict exhibit a formal cleanliness having rather less to do with botany than with geometry. Also, the use of oil sticks – oil and pigment blended with wax and molded or oil paint in stick form made with linseed or safflower oil – gentles the landscapes’ collective palette without devolving to a pastel disagreeability.

“Worley depicts a world surreally free of both men and their structures,” the gallery’s website adds. “‘I’m painting light, but not entirely with an Impressionist’s preoccupation,’ he describes. ‘I enjoy the works of Vermeer, de Chirico and Balthus, not so much for the figures in their work, but because of the glassy stillness of the “air” in their paintings, the sense of suspended drama.’”

The website further quotes the artist in a reference to the 19th/20th-century American who, notably, painted the 1942 oil-on-canvas Nighthawks and, intriguingly, a famed 20th/21st-century Swedish filmmaker: “Perhaps the tradition I work in is close to Edward Hopper or Ingmar Bergman in the sense that my landscapes are actually ‘sets’ or ‘settings’ in which some human activity will occur or has just occurred.”

That quotation, in particular, seems germane, in that a considerable serenity infuses Worley’s works, making this new exhibition a go-to event for local visual art devotees. 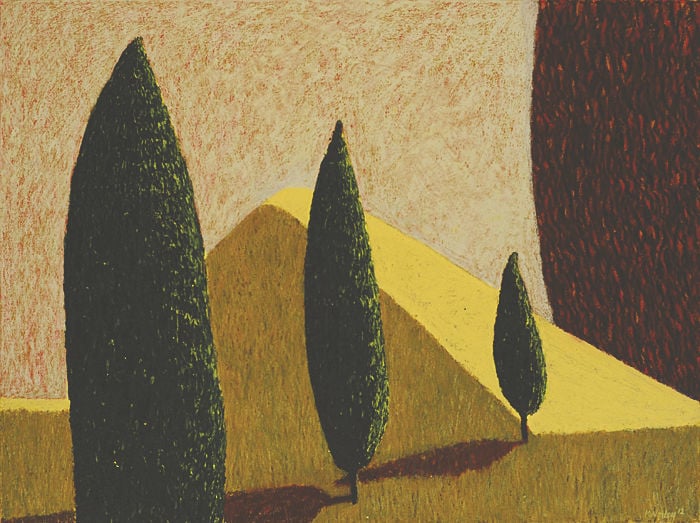 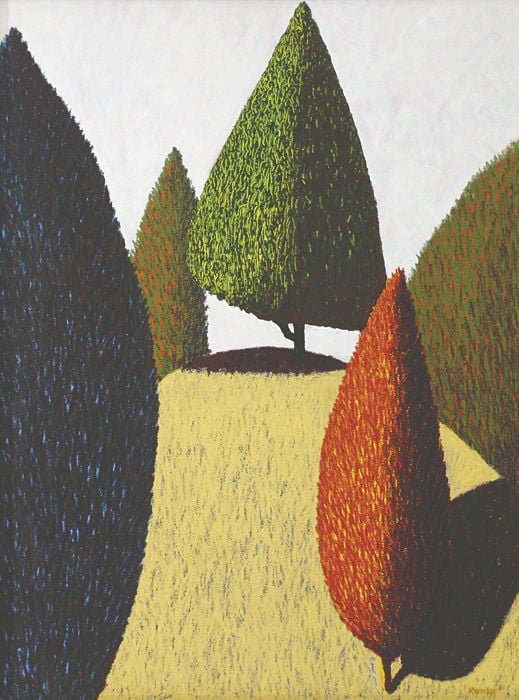 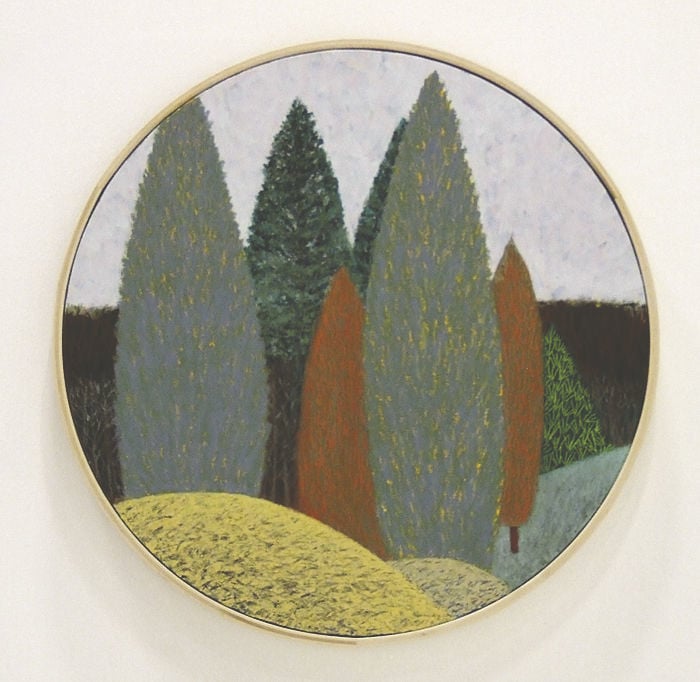 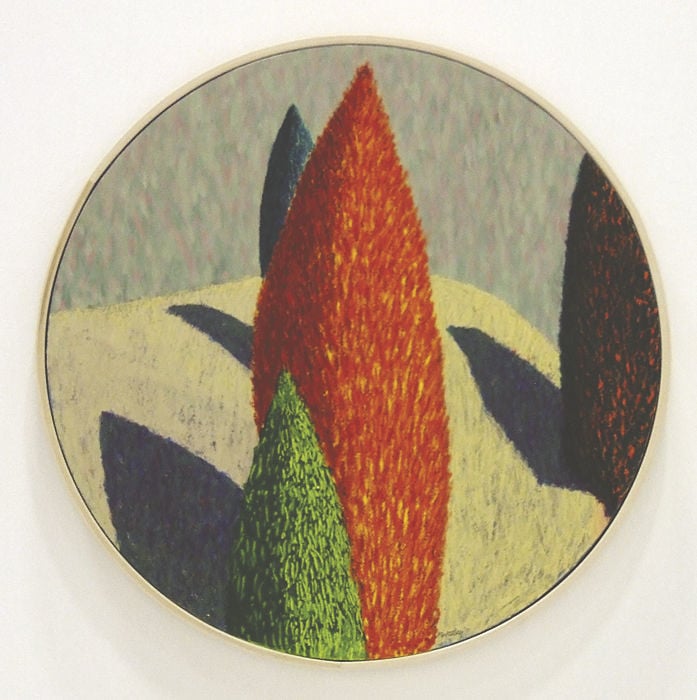