Dinner & A Show: Satchel Paige & the Kansas City Swing
Share this
1 of 8 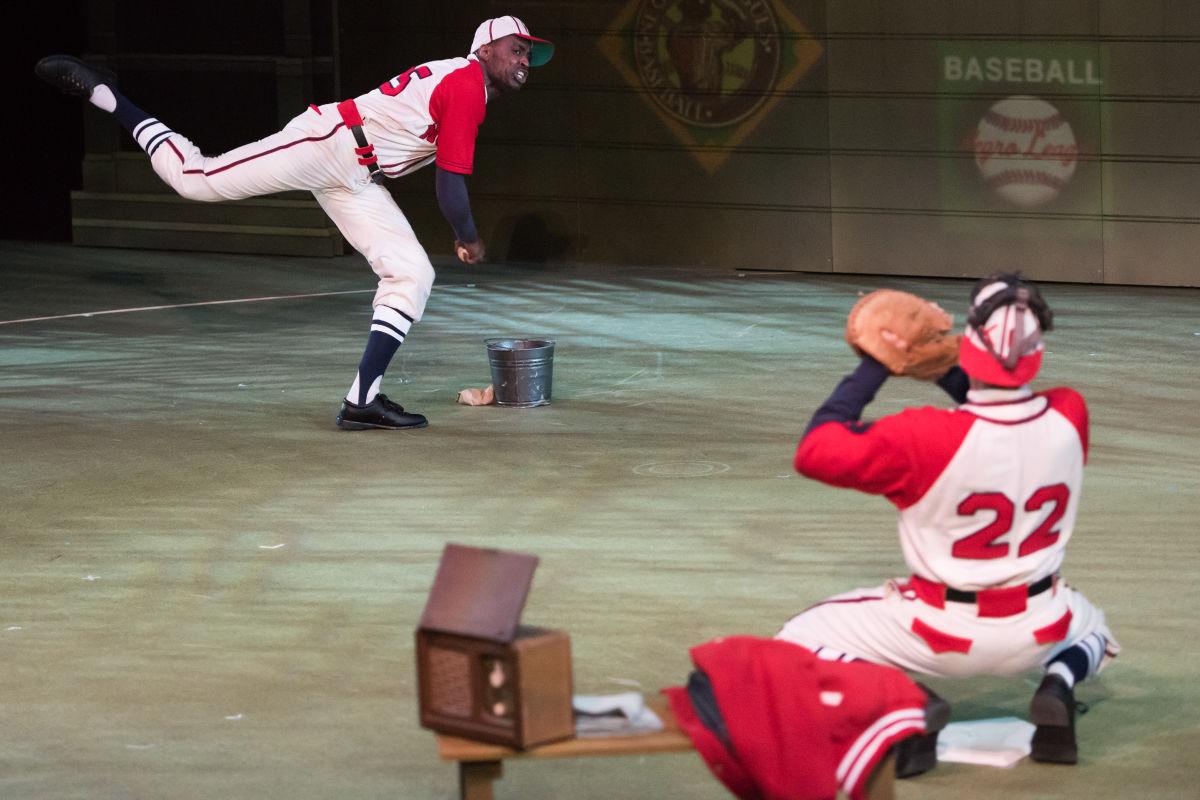 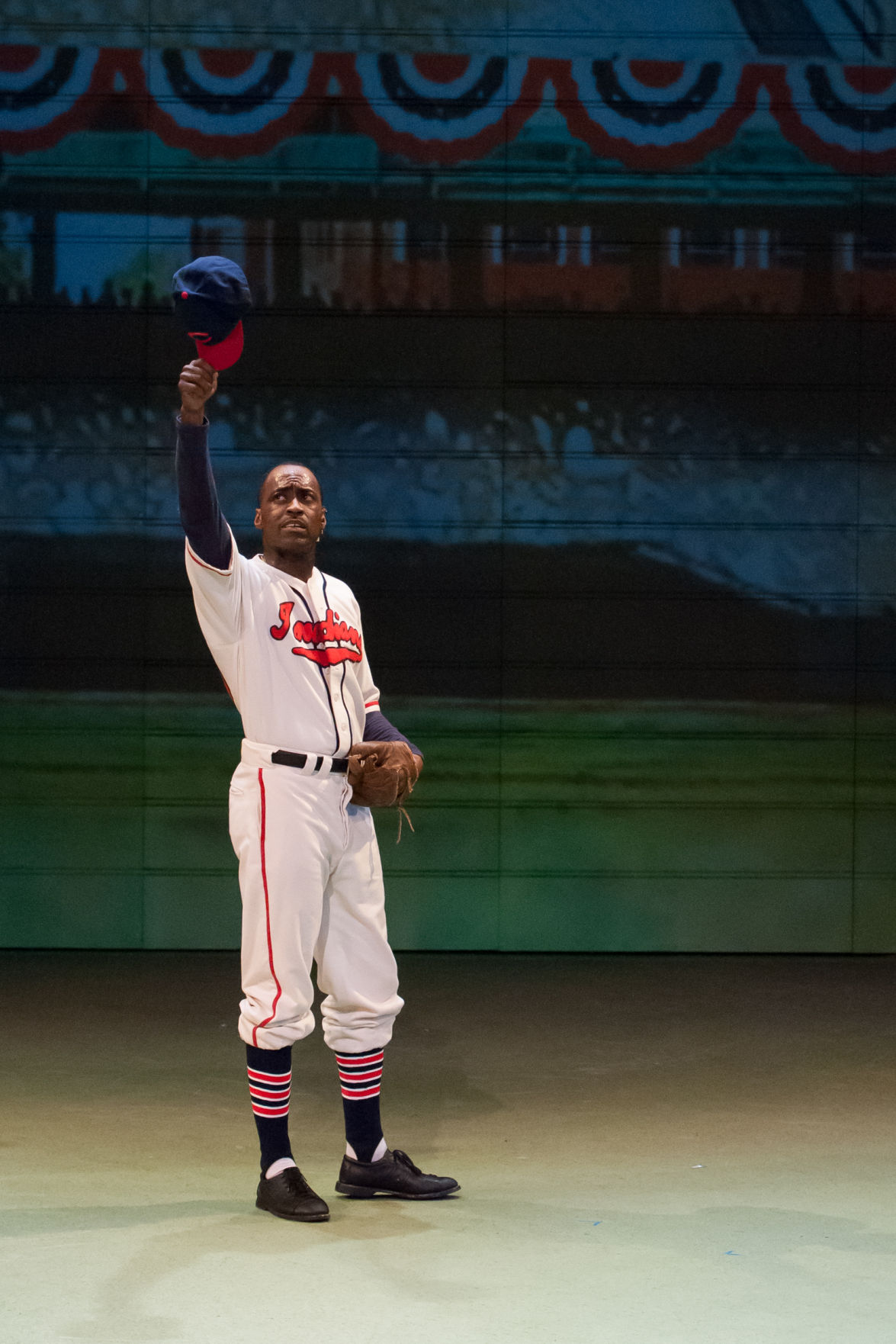 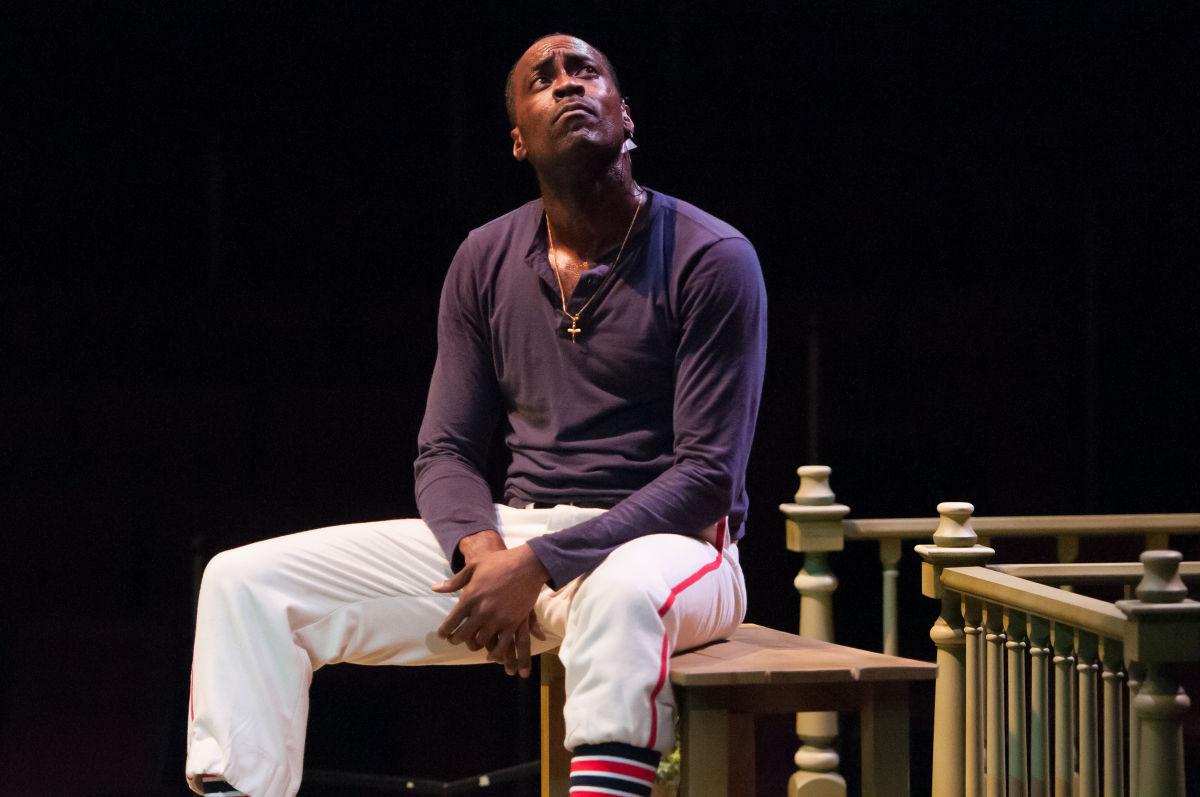 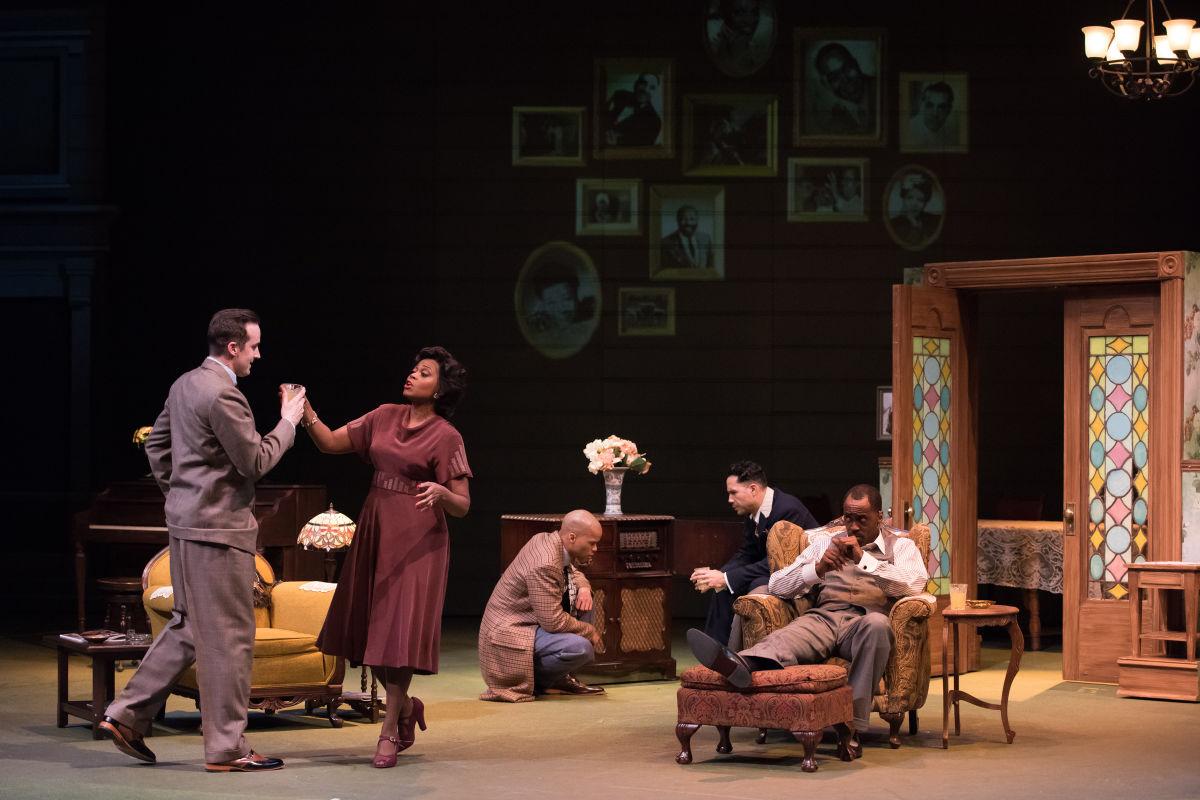 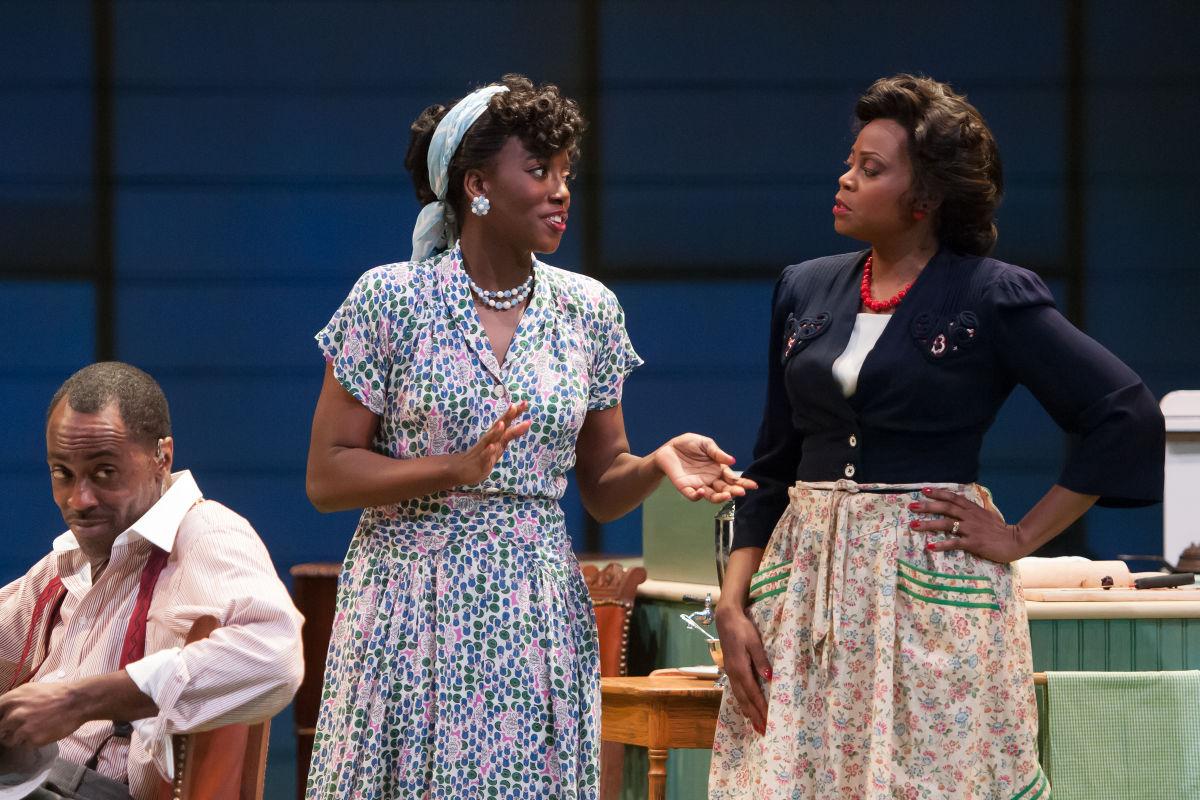 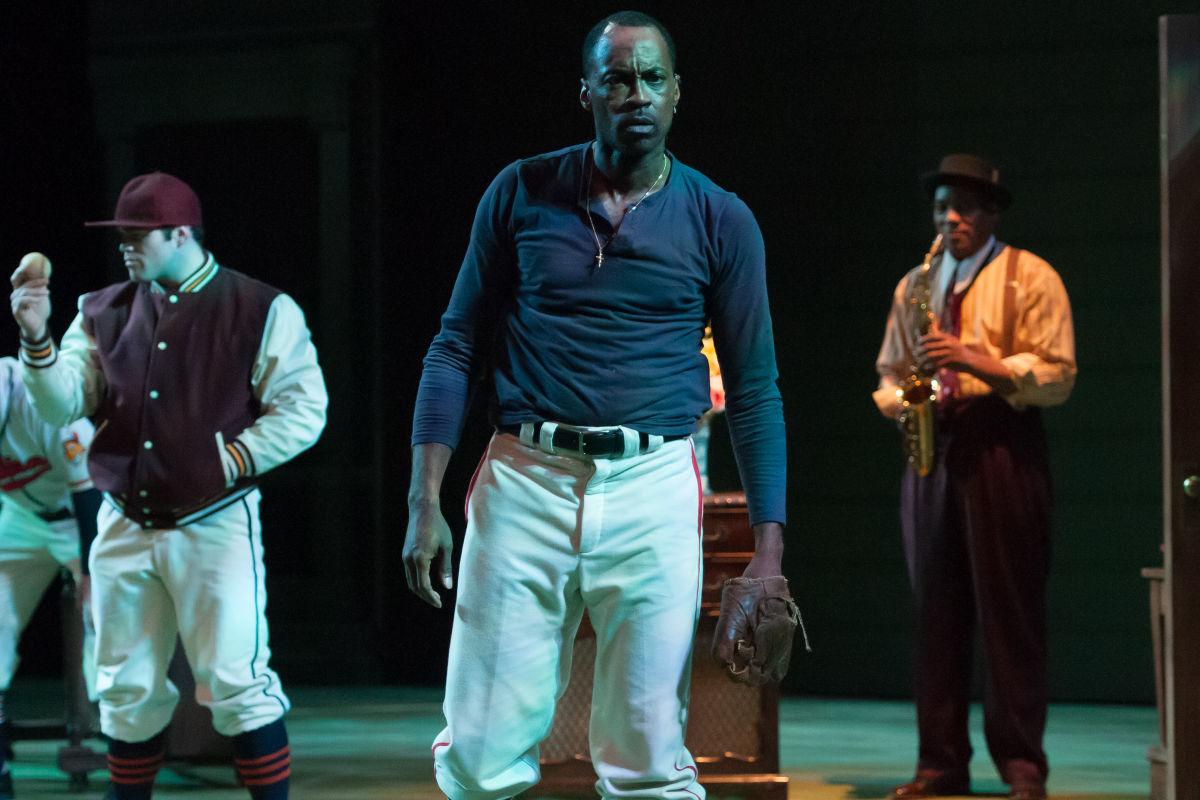 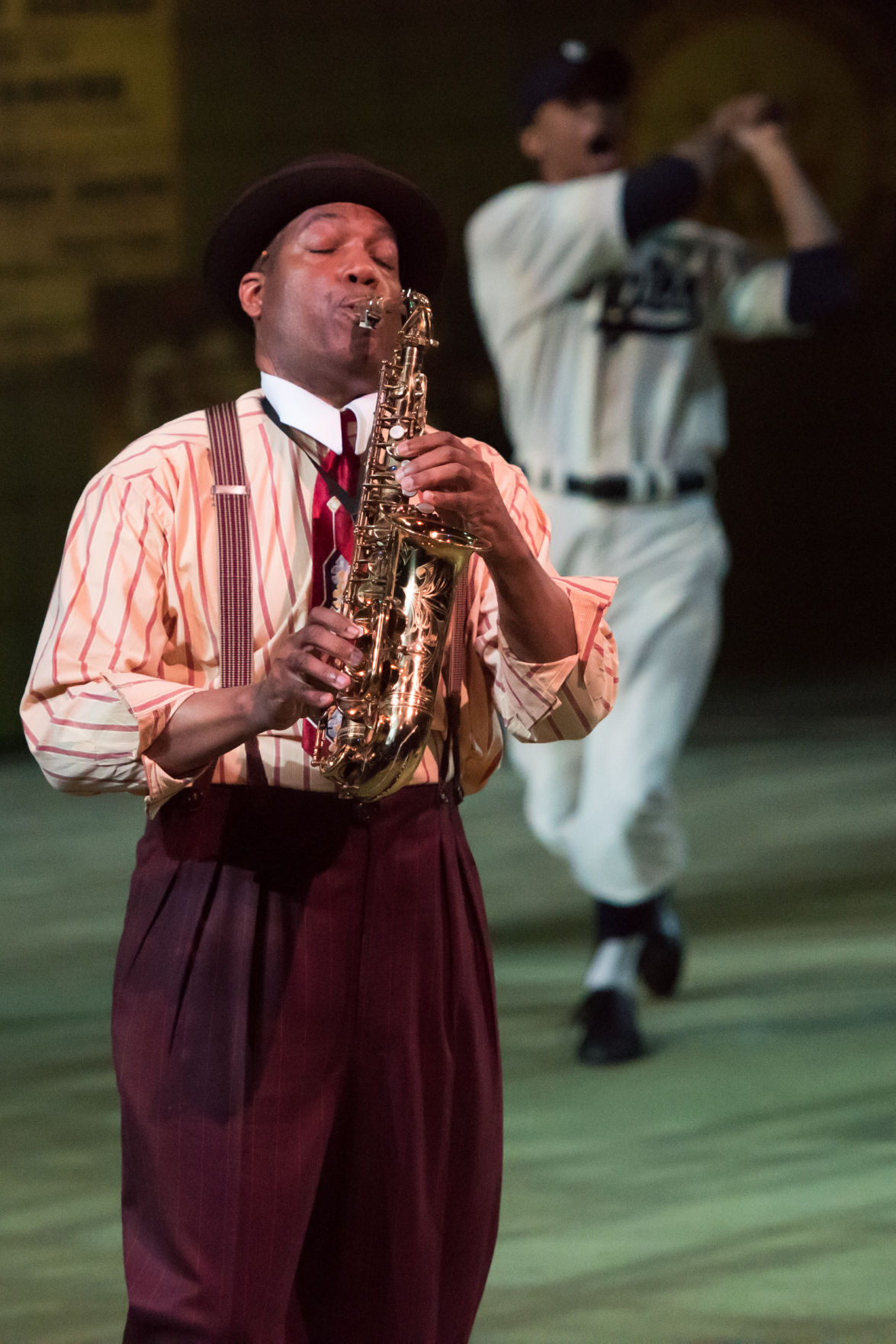 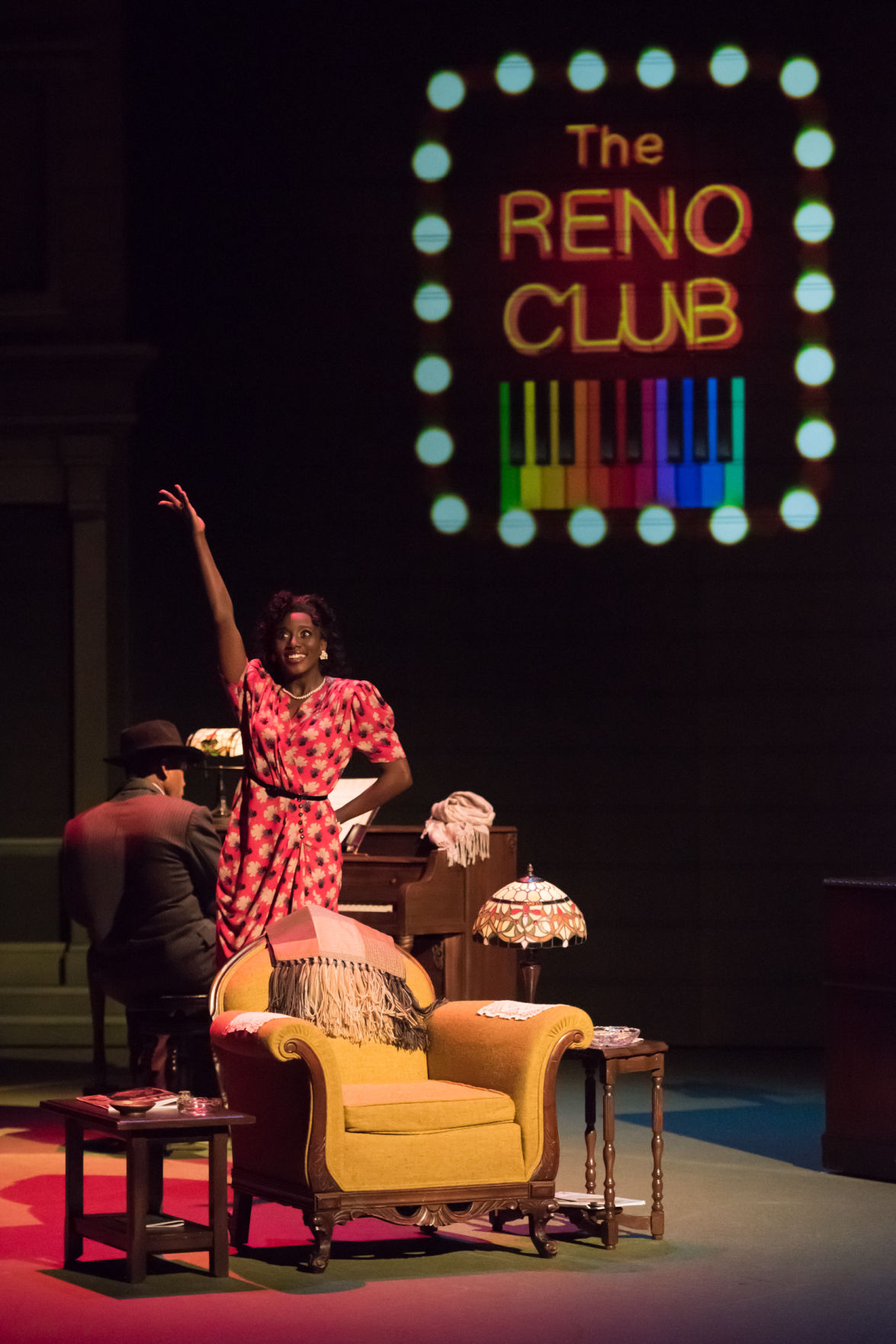 Story: It’s September 1947 and the baseball season is winding down. This has been no ordinary year, as the color barrier in Major League baseball has been broken by the promotion of Jackie Robinson from the minor leagues to the roster of the Brooklyn Dodgers.

While many black players rejoice at an opportunity long denied them, Leroy Robert “Satchel” Paige shows disdain. He’s long been the shining star among many great athletes in the Negro Baseball League, the fastest and flashiest pitcher in perhaps all of baseball. If he isn’t the first black ballplayer to enter the majors, then what’s the point?

So, while his teammates, well-known slugger Buck O’Neil and a promising rookie named Art Young, talk about Robinson, Satchel devotes his time to setting up a series of barnstorming games opposite a squad put together by noted Cleveland Indians pitcher Bob Feller. When bad weather forces the cancellation of a game, black and white players alike visit the swanky boarding house of Mrs. Hopkins in Kansas City, home of Paige’s Kansas City Monarchs team.

Feller’s young teammate, a hot-tempered player named Franky Palmieri, contends with Young for the affections of Mrs. Hopkins’ smart and pretty daughter Moira. Young is looking forward to attracting the attention of Major League scouts as his ticket to the big leagues and O’Neil has a strategy for his own future, too. Satchel, for his part, seems forever haunted by the eerie presence of a saxophone-wielding musician who notes his every move with a jazzy punctuation.

It’s the end of an era of sorts, the start of the long and painful process of the Civil Rights movement a decade before Rosa Parks made it official. Will Satchel Paige be a part of it or forever stuck in the past?

Highlights: The Grand Old Game long has inspired poets and writers with its pastoral beauty and leisurely pace to fill the days and nights of spring, summer and autumn. To the lengthy list of classic works such as The Natural, Bang the Drum Slowly, Fences and Casey at the Bat add this smart and aching drama by Trey Ellis and Ricardo Khan. It magically fills the stage at The Rep at the start of a St. Louis baseball season while completing The Rep’s own 49th year of theater.

Other Info: Kudos to The Rep’s marketing department for the stylish facsimile baseball card of Paige, portrayed by Robert Karma Robinson, complete with interesting tidbits from Satchel’s life and career. That’s a home run, although the program cover that features a black batter and not a pitcher such as Satchel is an out.

Regardless, Satchel Paige and the Kansas City Swing is a delightful albeit often melancholy look that carefully depicts what can happen when people are denied opportunities afforded others simply because they are ‘different’ than the folks in power who call the shots.

It’s depressing to see the jovial, savvy and hugely talented Paige chafe at his denied possibilities, as superbly portrayed by Robinson. Not only does the actor have the lanky look of the ageless wizard who was inducted into the Major League Baseball Hall of Fame in 1971, but he also successfully emulates Paige’s ungainly pitching motion that baffled batters for decades.

Paige made his long-denied Major League debut in 1948 at age 42. He became the first black player to appear in a World Series game that year for the Cleveland Indians, a moment beautifully conveyed in the play’s final scene courtesy of Rocco DiSanti’s wondrous projection design.

Robinson succeeds at showing not only Paige’s notoriously mischievous humor but also the resentment that simmered beneath the surface of his genial demeanor. That aspect is accentuated in a tense scene between him and Michael Chenevert, as his teammate and friend O’Neil, when he scathingly tells the hitter, “You don’t know what it’s like to be great” as an explanation of why he isn’t interested in being other than the first black man to break the baseball color barrier.

There are strong performances by Chenevert as Satchel’s devoted pal, O’Neil, who reveals his own sweet secret, and Peterson Townsend as Young, the hopeful rookie who yearns for a chance to make a big league roster in this new age.

Vanessa A. Jones shines as the classy Mrs. Hopkins, who shares a rich history with Satchel that he fumbles away, and Tsilala Brock shows the love and devotion of her daughter, Moira, who has dreams of emulating her mother’s youthful success as a singer in boozy nightclubs.

Kohler McKenzie portrays Feller as a friend and competitor of Paige, a famous hurler in his own right who knows just how good Paige’s pitching really is as well as respecting the Negro League star’s business savvy. Sam Wolf conveys the casual ignorance and bigotry of Palmieri while also looking for a little action with Moira that has a tragic result.

Eric Person strolls around the stage periodically, swinging his saxophone as a kind of Greek chorus who taunts the tortured Paige. The ‘swing’ in the story’s title, though, is more appropriate for a baseball batter than the scant interludes and allusions to jazz that include original music composed by Bobby Watson.

John Ezell’s sumptuous scenic design marvelously conveys the layout of a baseball diamond and surrounding stands, converted via turntable into the posh interior of the Hopkins boarding house which is handsomely illuminated by Victor En Yu Tan’s lighting design. Tom Mardikes adds a sound design that is highlighted by Abbott & Costello’s famous “Who’s on First?” radio sketch, while Lauren T. Roark’s costumes epitomize the look of ‘40s baseball uniforms as well as the flashy fashions of the day.

Rick Sordelet and Christian Kelly-Sordolet’s fight direction brings an authentic look to a harrowing knife brawl, and Khan’s direction of the production is well modulated, shrewdly utilizing the expanse of The Rep stage for optimal effect.

Satchel Paige and the Kansas City Swing is a multi-layered tale that shows the simplicity of baseball contrasted with the scars of racial injustice that is as American as a day at the ballpark.