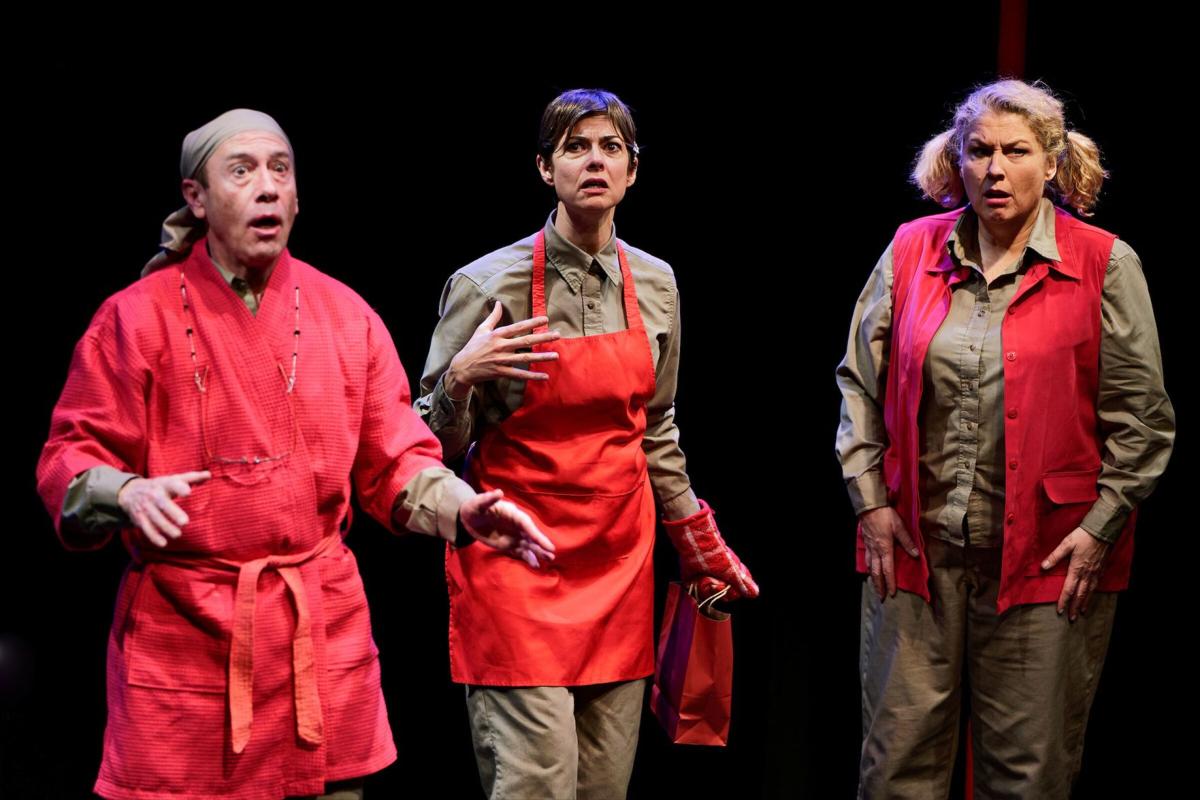 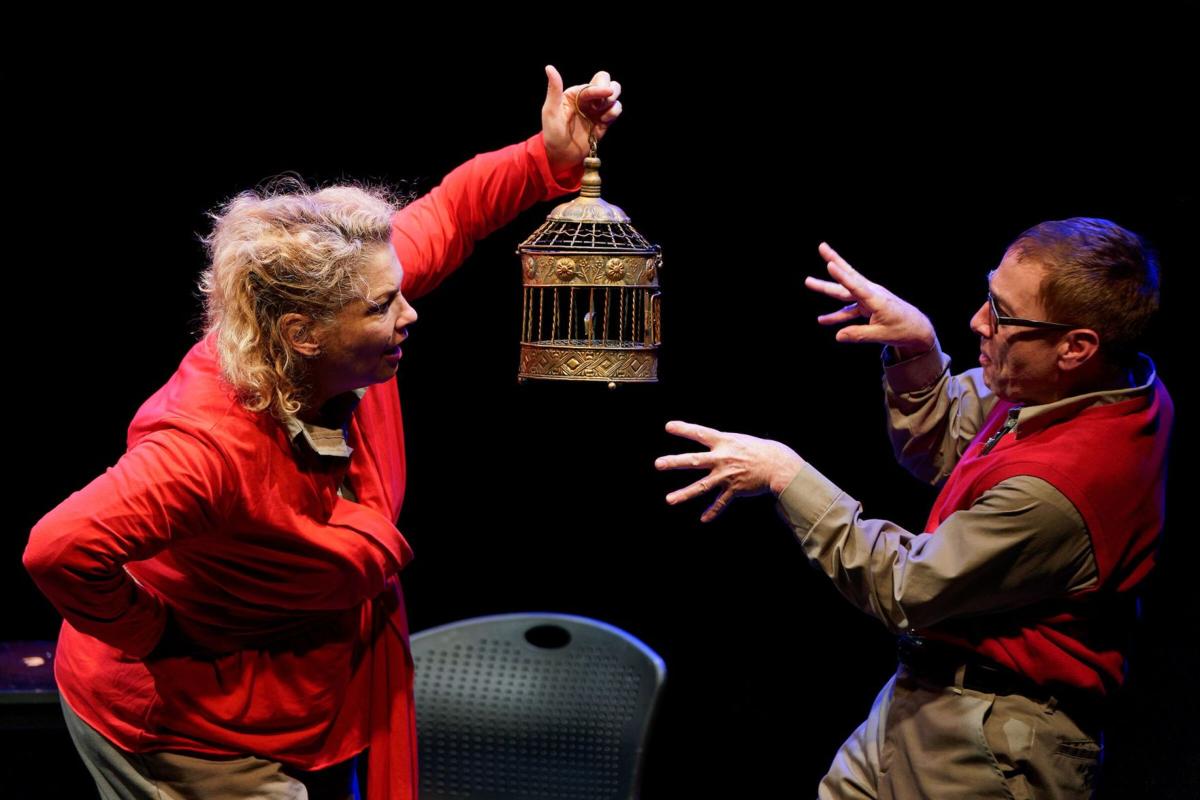 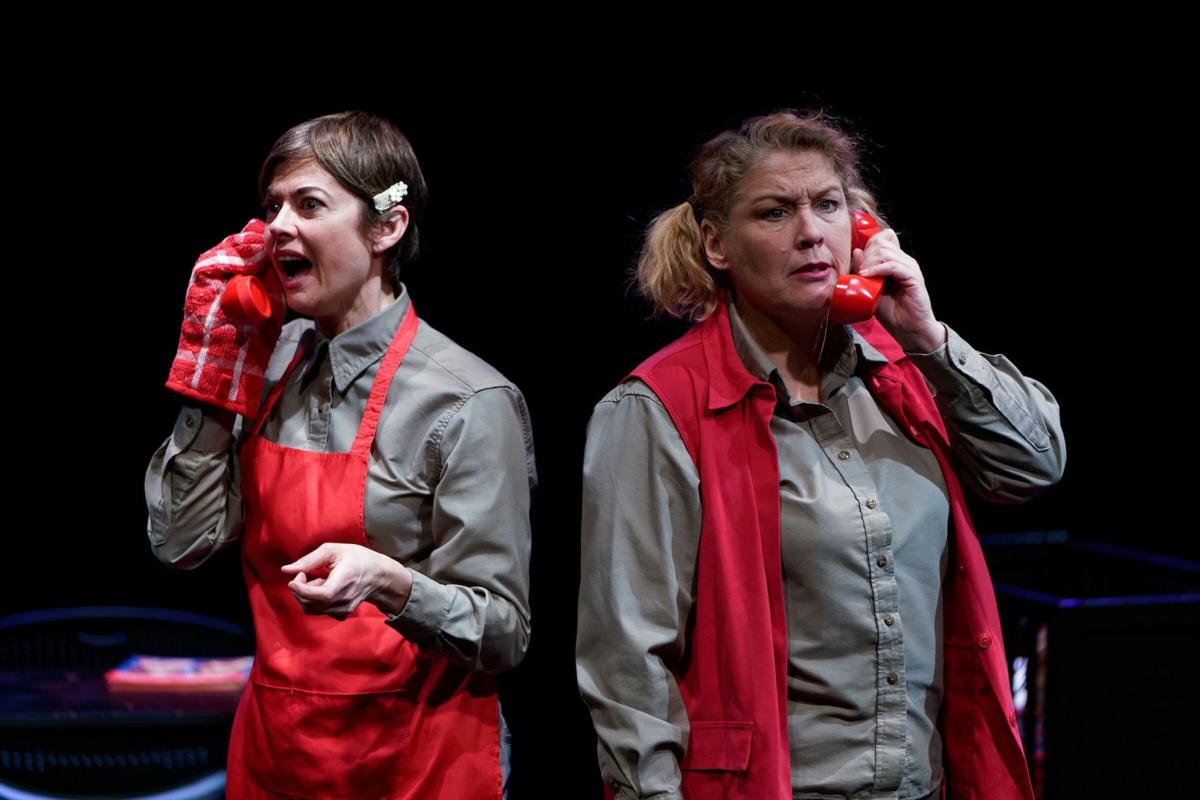 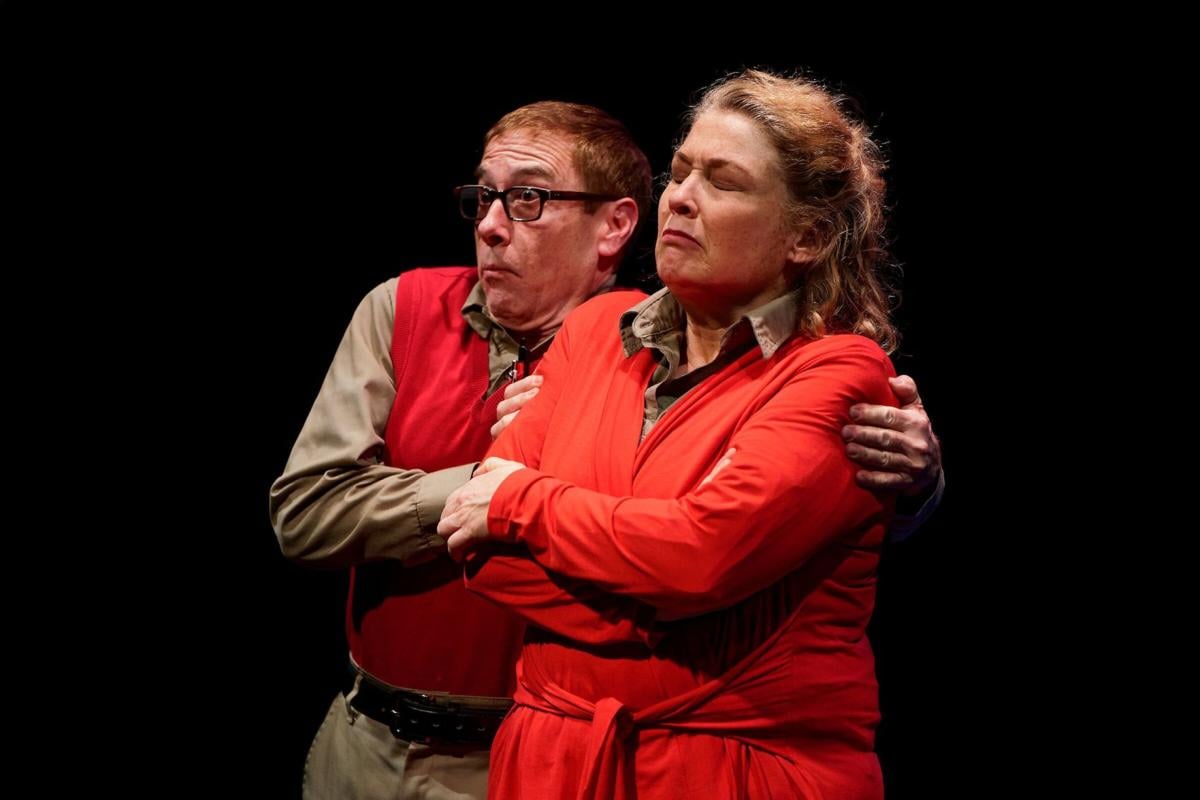 Story: In the first of three short tales, titled The Bonfire, Claudette, Claudine and Claudia are neurotic triplets. Their collective grasp on stability is fragile and likely to collapse at any moment. They live, if you call their warped existence living, in tiny little houses next to each other.

Claudette has a baby whom she kind of takes care of when she remembers. Claudine labors incessantly over batches of home-made cookies, each of which tastes badly, as Claudia reminds her in most vulgar terms.

Claudette recalls how their mother was indifferent at best being a parent, often ruminating that she “should have used a f—king IUD” while puffing away on still another cigarette. When a conflagration consumes Claudette's home one night, it is feared that her infant son died in the blaze.

In The Dragons, two timid souls named Callum and Carol meet and awkwardly develop a relationship. Callum enjoys playing a board game about dragons and Carol, having recently lost her beloved cat Shortbread, appreciates the companionship in her lonely life.

Eventually, they develop a ritual of going to movies, sharing popcorn and soda. One night, Callum works up the nerve to convince Carol that they take a different route back from the cinema for a romantic surprise he has planned. His hopes and aspirations are dashed, however, when Carol is terrified after recognizing their new surroundings.

The third story, titled The Fever, focuses on Caroline. She has a disturbing fixation on serial killers and, when she learns that a hammer-wielding murderer is killing women in her own city, she fantasizes about meeting him on some desolate street. Does she really think that she can rehabilitate such a psychopath if she chances upon seeing him?

All of these people are at least a little strange. Is there a malfunctioning strain of DNA which binds all of them together?

Boehm utilizes a stark, brooding set designed by Michael Heil, a rectangle rimmed in red and black in which a raised platform serves as the performance area for three players essaying all six roles. They’re dressed in matching brown uniforms and red overlays, bland colors to accentuate the drab existences of the triplets and the two clumsy romancers, by costume designer Laura Hanson.

Boehm elicits telling performances by Jane Paradise, Nancy Bell and Tom Wethington which bring out a range of emotions in Paquet’s Gothic tale. Bell in particular is especially poignant in The Bonfire, palpably conveying the gaping chasm of Claudine’s loneliness in heart-wrenching fashion.

Paradise and Wethington wonderfully inhabit the eccentric realm of Callum and Carol in The Dragons as Paquet carefully sets up the connections between his trio of tormented tales, while Bell chillingly falls into the alarming descent of Caroline’s twisted psyche in the finale.

Through it all, Boehm ensures that the characters maintain a claustrophobic chaos in their lives as they step between fitful hilarity and disturbing if fateful mayhem.

Wildfire is an exercise easier to experience than to explain, expertly told in Upstream Theater’s provocative presentation.