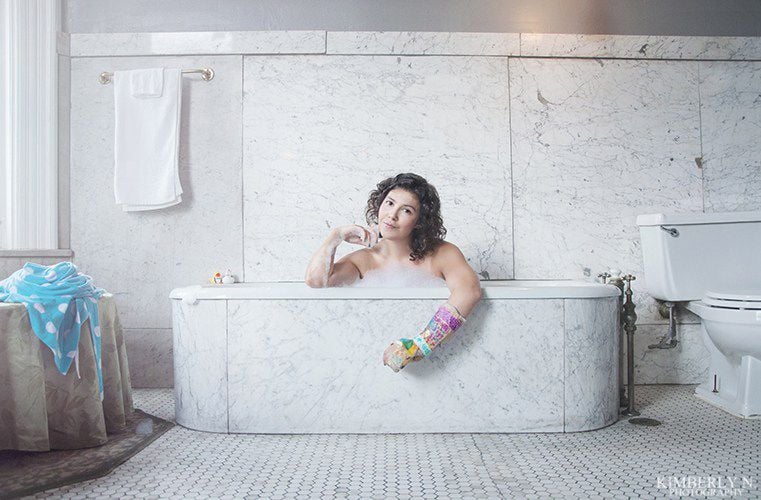 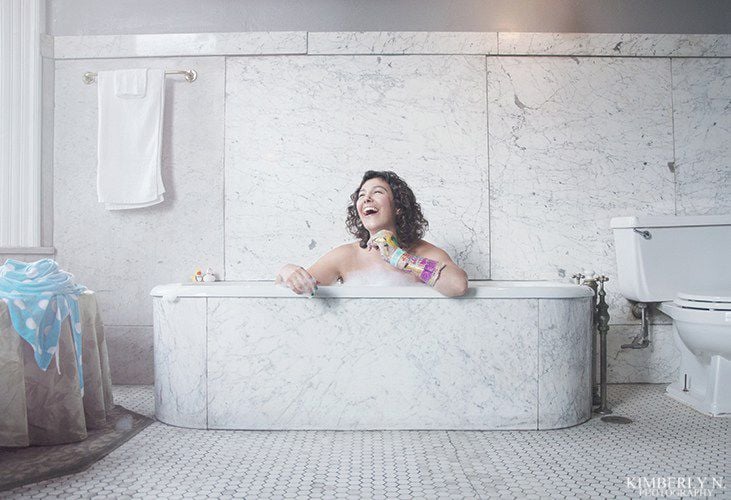 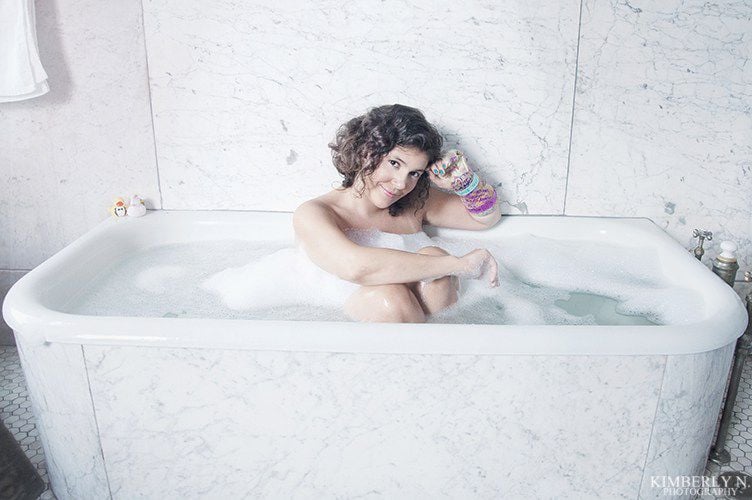 Story: A young woman finds herself immobilized and at the mercy of strangers when she is injured in a serious bicycle accident. Performance artist Siobhan O’Loughlin, whose arm was broken in a real-life bike accident, invites her audience to participate ‘tub side’ in a ritual bath in which each of them reflect upon their own vulnerabilities in a piece that accentuates disability.

Highlights: O’Loughlin created and performs this intriguing, one-act presentation that draws the artist and her audience closer together as they share intimate stories about their various vulnerabilities in a communal cleansing of the spirit that is both surprisingly engaging and effective.

Other Info: O’Loughlin conceived of the idea of Broken Bone Bathtub following an accident in which her bicycle collided with another vehicle in New York City. A broken arm served as a painful reminder of the incident and propelled her to devise this performance piece in which she is situated in a bathtub for the entire 75-minute presentation.

Behind strategically placed soap bubbles, she tells her small but attentive audience about the travails in her own life in disarmingly unaffected fashion. More a stream-of-consciousness work than a written play, her approach is nonetheless effective in its casual, conversational style.

The performer segues seamlessly between observations about her own life, lovers, family and friends to drawing out revelations from members of the audience whom she addresses in an inquisitive but non-aggressive and friendly fashion.

With about a dozen people in attendance on opening night in the elegant bathroom on the second floor of the Lemp Mansion, she appeared to single out virtually everyone in the room, eliciting surprising and heartfelt responses to her wide-ranging questions, sometimes asking for physical assistance with a hand massage or back scrubbing, etc.

There is no strict beginning, middle or end to this informal approach, but O’Loughlin’s affable delivery makes Broken Bone Bathtub an “immersive” experience, just as That Uppity Theatre Company promises in its publicity. It’s an innocent but psychologically revealing evening in which universal human emotions are paid attention on an individual basis in sweet, disarming style.

Paul Pointer, Lemp Mansion proprietor and restaurateur, notes in the show’s news release that “Broken Bone Bathtub is unlike anything we have ever done.” No argument there.

Pointer, O’Loughlin, The Drama Club Stl founder Matthew Kerns and Joan Lipkin, artistic director of That Uppity Theatre Company and co-producer of this St. Louis premiere, have combined their resources and talents to present this offbeat but charming show in a manner that will draw a smile or maybe even a tear or two of gratitude.

Broken Bone Bathtub is preceded at each performance in the Lemp Mansion by a pre-show buffet of light hors d’oeuvres, beer and wine and followed by a post-show reception of coffee and cookies. It all makes for quite an interesting and amicable event.

Venue: The Lemp Mansion, 3322 DeMenil Place (Fridays through Sundays); in bathtubs of private homes for every Thursday performance

Tickets: $25 (Thursdays)-$45 for other shows; contact 314-664-8024 for Lemp Mansion performances; for Thursday shows in private homes, contact Matthew Kerns at thedramaclubstl@gmail.com (include return phone number and performance you would like to attend)