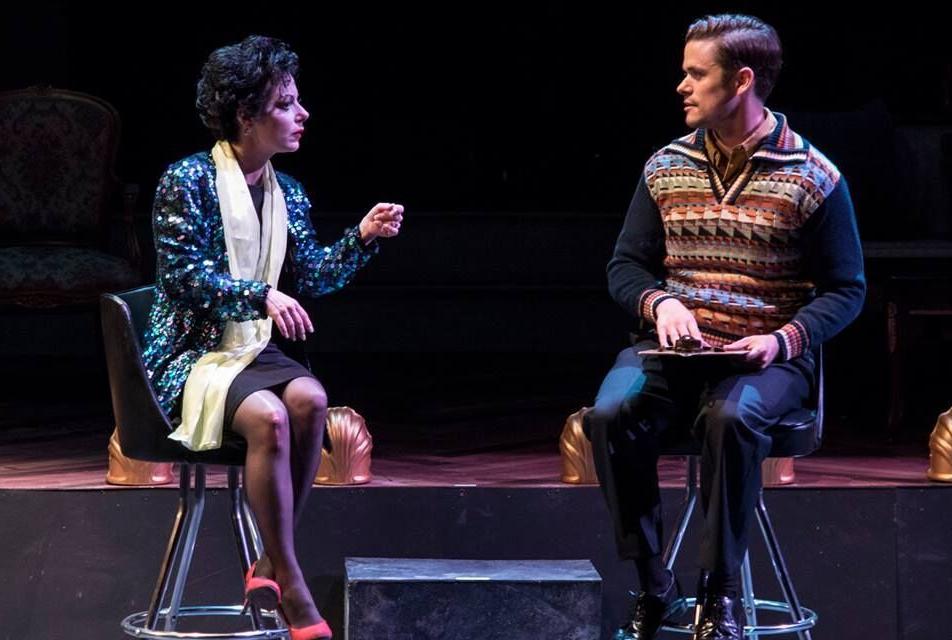 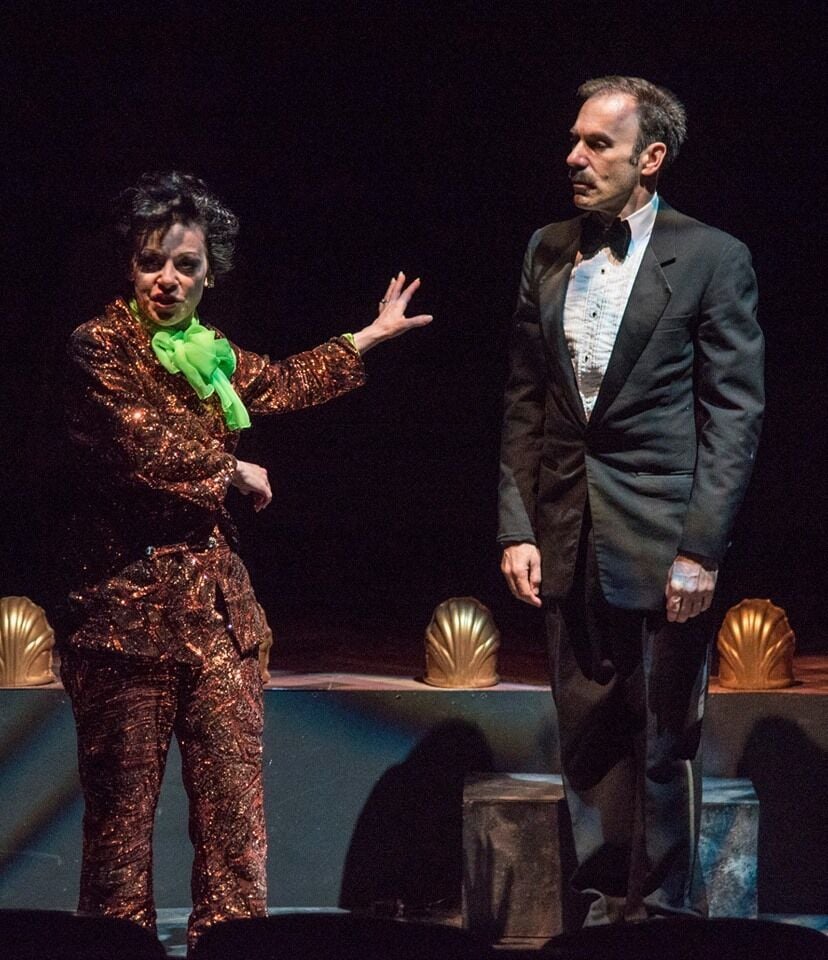 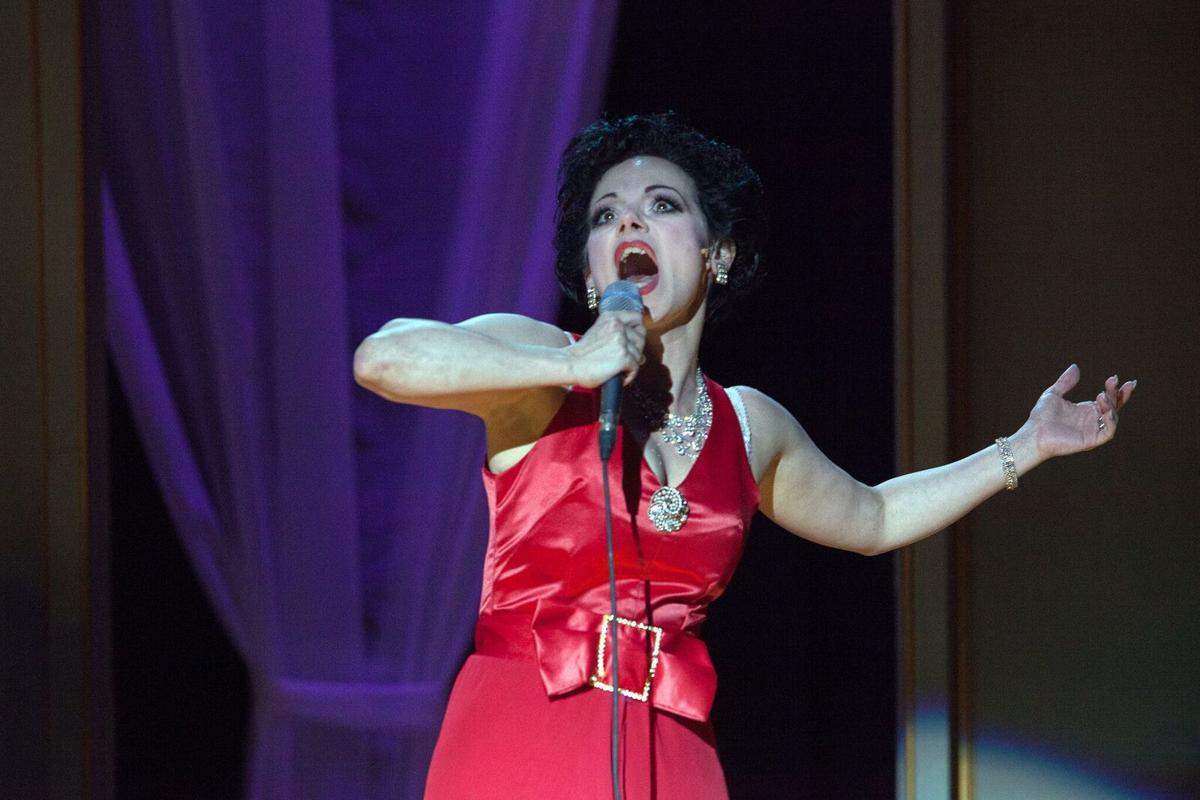 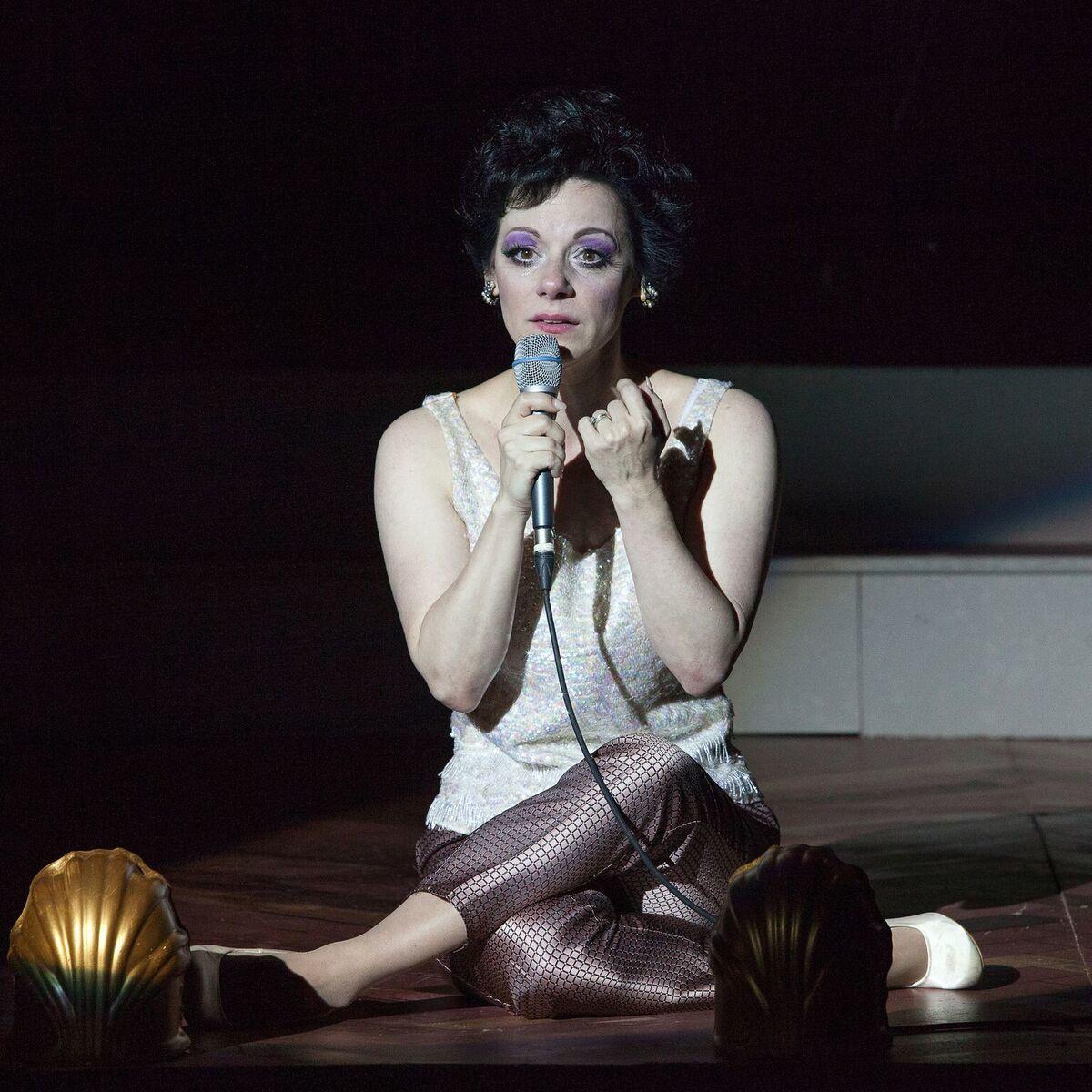 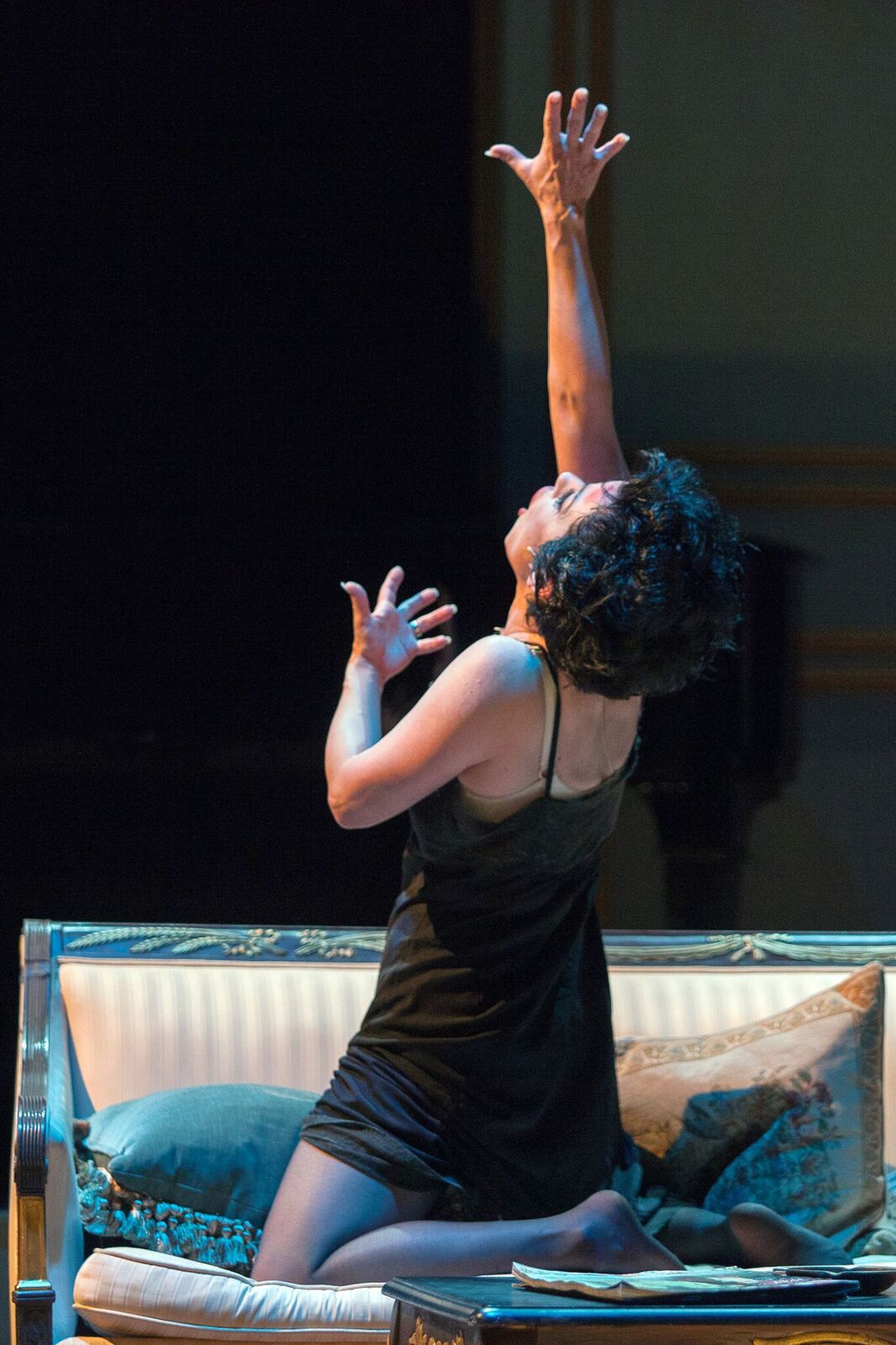 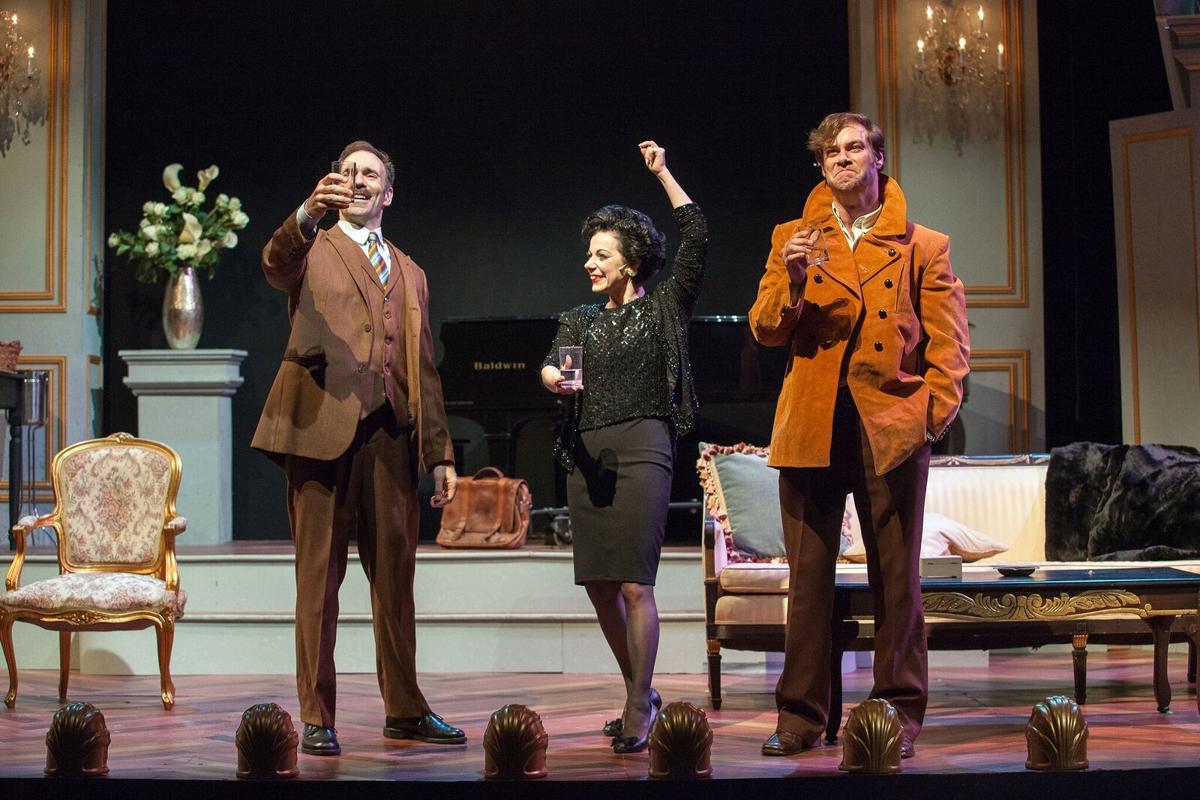 Story: Judy Garland has arrived in London in December 1968 prior to a six-week performance of her concert show at a venue known as Talk of the Town. She has in tow with her a brand new, youthful fiance named Mickey Deans and her gay music conductor Anthony, who has met them at the hotel where they all are staying during the performance run.

Garland is irrepressible on stage and a talent of welterweight proportions, but she also wages a daily battle against drugs, booze and inner demons which savage her mercilessly. Anthony loves her dearly and does what he can to keep her from her reckless impulses and self-destruction, while Mickey as her manager works to make her visit to London a profitable venture.

The problem, though, is that Judy has a history of disastrous financial decisions and a mercurial temperament, which make for a toxic combination for long-term happiness. Her appearances on stage at Talk of the Town can be galvanic but just as easily alarming, while a promotional interview with a BBC radio host quickly dissolves into disaster.

At age 46 Judy continues to struggle to get beyond the “rainbow” immortalized in song by her role as Dorothy in the landmark 1939 film, The Wizard of Oz. But can Judy truly go home any more?

Highlights: Angela Ingersoll packs a powerful wallop in a searing and astounding performance as the diminutive and tragic talent who loved her audiences but, in her own words, “often wished for just a few words of love from one man, rather than the applause of thousands of people.”

Other Info: Ingersoll, who dazzled patrons in April at the Playhouse at Westport Plaza in her tribute concert, Judy Garland: Come Rain or Come Shine, is both brilliant and extraordinary in her portrayal of the doomed star in the current production being staged by Max & Louie Productions. It’s a performance which any local fan of Garland should not miss.

Ingersoll was ingratiating and indefatigable in her Come Rain or Come Shine tribute to the fabled Hollywood star, pointing out that at 5 feet tall she is an inch taller than was Garland. Sure, the raven-haired singer/actress bears a strong physical resemblance to Judy Garland, nee Frances Gumm, but it’s her singing and acting which propel her riveting and horrific depiction.

Horrific in the sense that with playwright Peter Quilter’s haunting dialogue she exposes all of the vulnerability and loneliness which ravaged the American screen idol. A revealing reference to Judy’s ‘stage mother,’ who foisted her three daughters on the vaudevillian stage when Frances was just 2 years old, underscores the cruel childhood which Judy endured and the lasting scars which it left on her life.

Heck, Judy can’t even remember if Mickey will be her fourth or fifth husband (it’s the latter). What the audience won’t forget, though, is Ingersoll’s stunning portrayal, which explodes as soon as the stage is lit and doesn’t diminish until the final light goes out.

She’s supported with some wonderful work by Thomas Conroy, who turns in his own aching performance as her devoted friend Anthony. A fine pianist in his own right, Anthony is conveyed in fine, stiff-upper-lip fashion by Conroy, who shows Anthony’s abiding affection for Garland as well as his deep concern for her precipitously declining mental and physical health.

Conroy also scores fending off the homophobic insults cast Anthony’s way by the cruelly indifferent Mickey, who is given a consistently strong performance by Kyle Hatley. The latter is a shaded portrayal, as Hatley conveys Mickey’s genuine concern for his future wife early in the two-act work but then slowly unveils the manager’s preference of money over love in the course of the drama.

Paul Cereghino does fine work in a number of smaller roles, especially as a BBC radio interviewer trying his best to save his inebriated guest Judy from making a total fool of herself on the air, with limited success.

End of the Rainbow premiered at the famed Sydney Opera House in 2005 and later went on to productions in the West End and on Broadway, garnering awards and nominations in all three cities. Ingersoll won a Jeff Award in Chicago for her portrayal in late 2016, and it’s easy to see why.

In addition to her blistering acting performance, Ingersoll is a force of nature as she belts out many of Garland’s signature tunes, such as The Trolley Song from Meet Me in St. Louis, When You’re Smiling, Come Rain or Come Shine and the iconic Over the Rainbow, sung poignantly and powerfully at the edge of the stage.

The wonderful scenic design by Dunsi Dai features a back curtain for the hotel suite, which opens to reveal a ‘live’ combo backing up Judy in her concerts, comprised of Guy Cantonwine on bass, Jeffrey Collins on woodwinds, drummer Kevin Gianino, trombonist Kurt Silver and trumpeter Dan Smith under Conroy’s impeccable musical direction.

That design also includes several sumptuous pieces of period furniture which are available for purchase after the show’s conclusion, as well as billowing sheets flowing above the audience.

It’s all handsomely illuminated with Patrick Huber’s lighting design, while Jacob Boshears’ sound design provides audible audience sounds during those ‘concert’ moments. Bill Morey and Teresa Doggett dress the players in the finest black-tie finery for the musicians and an array of gowns and glittering pants for Judy.

End of the Rainbow is a remarkable work given its due respect under director David New’s meticulous and affecting guidance of Max & Louie’s rendition. It’s a performance truly over the rainbow in its heartbreaking brilliance.

Play: End of the Rainbow