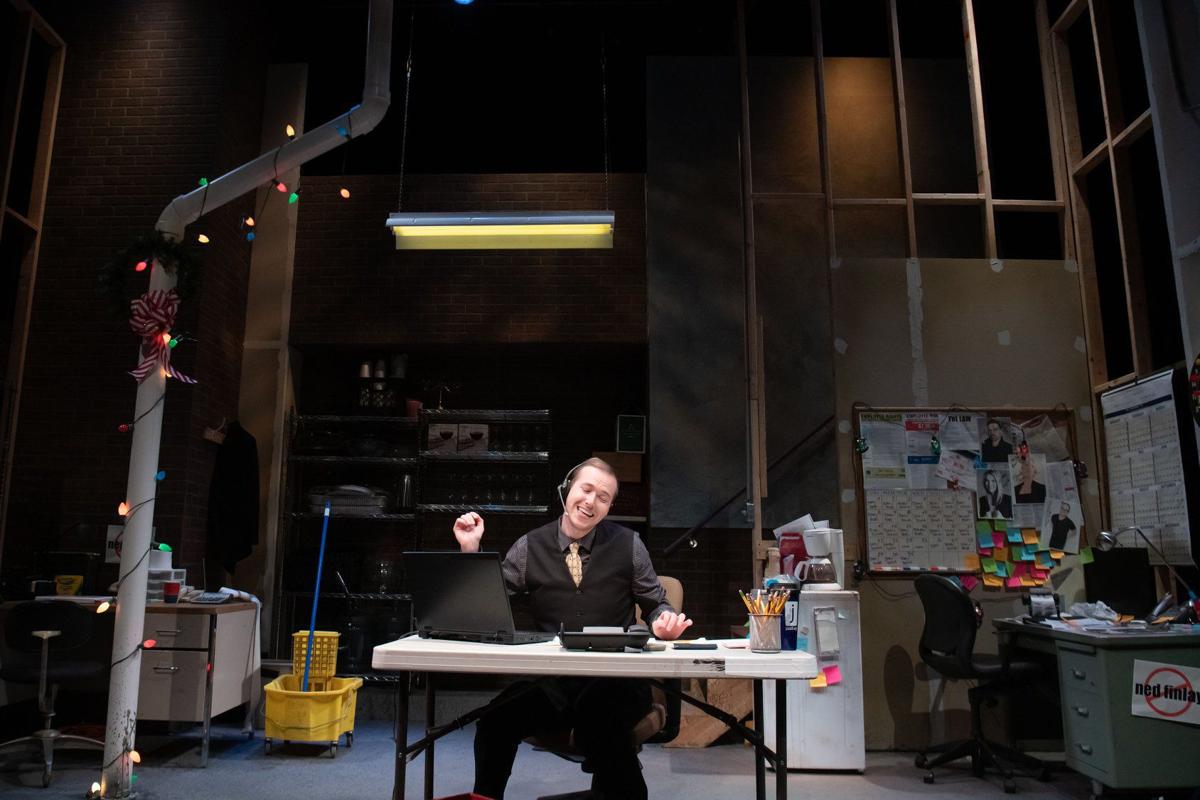 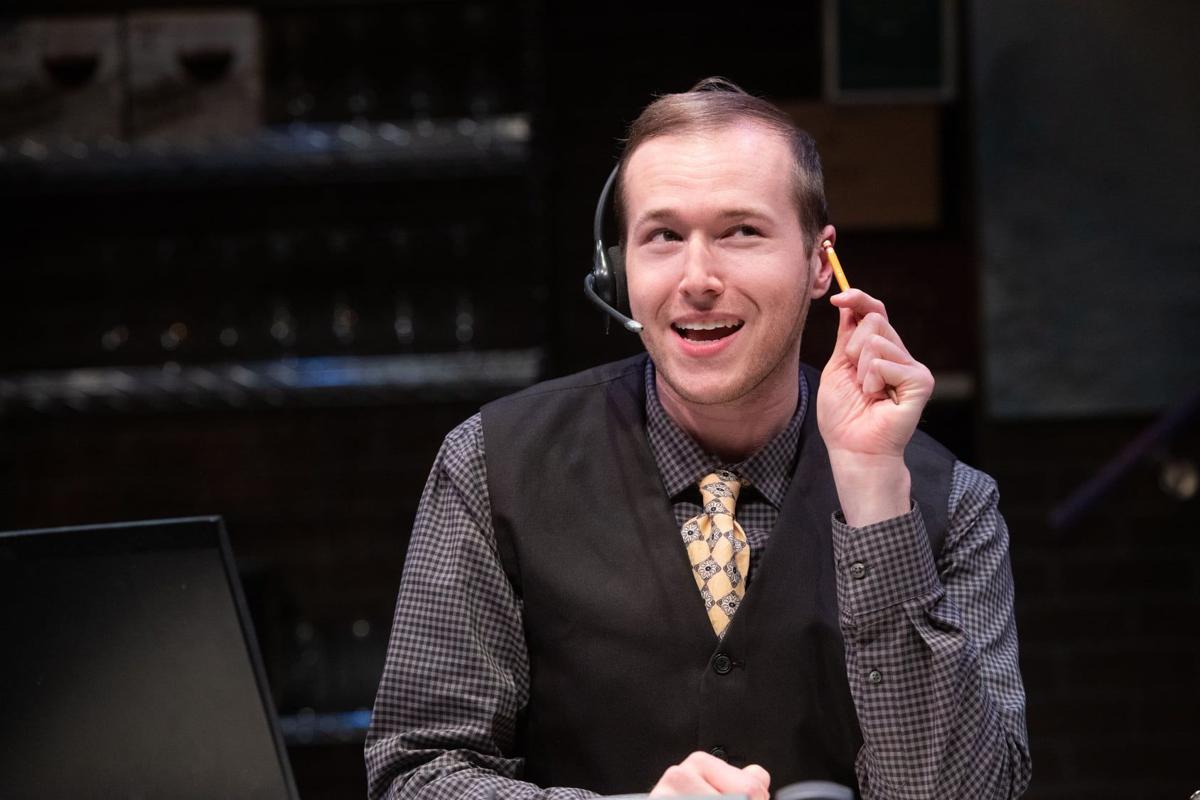 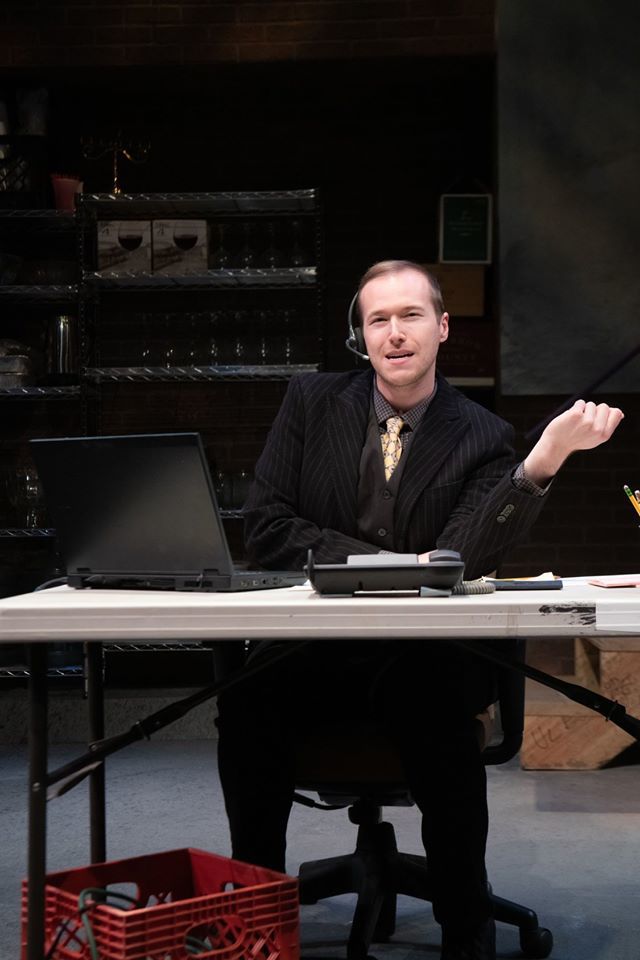 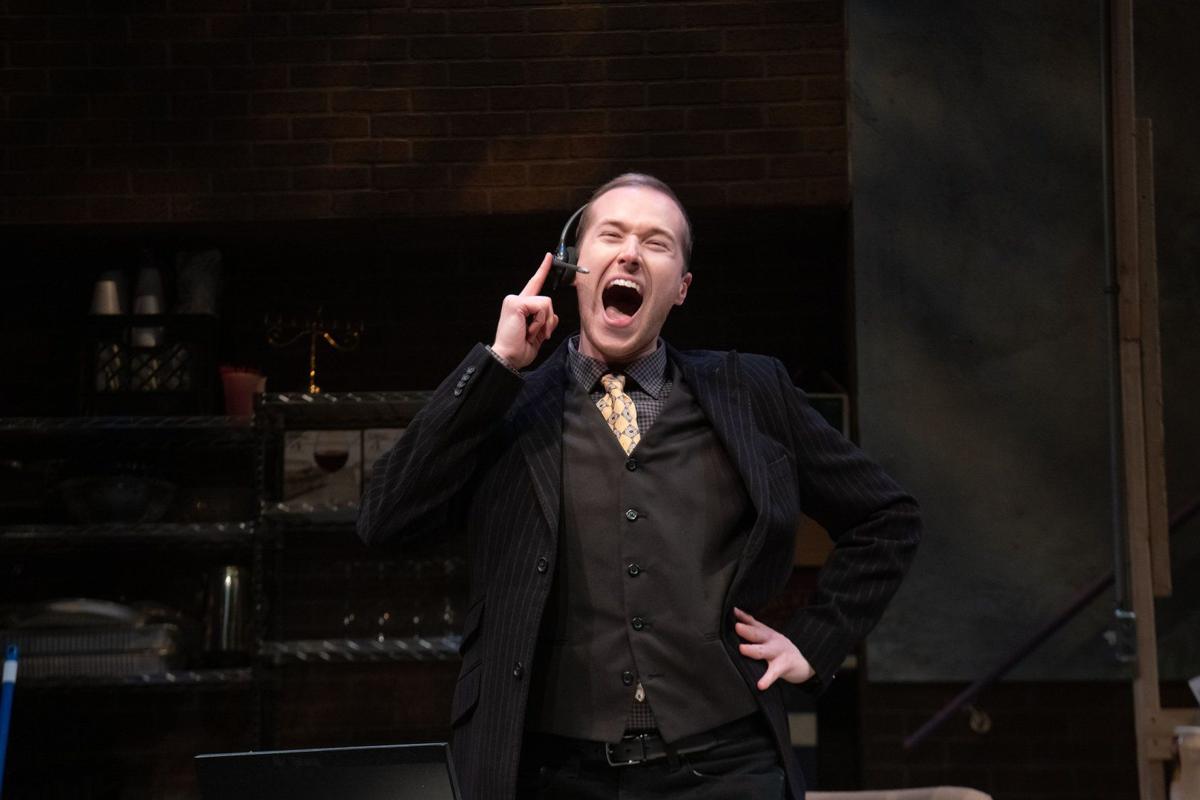 Story: Sam has the job from hell. He takes reservations at one of the swankiest restaurants in New York City, where he’s on the phone so much that he doesn’t even have time to pick up a sandwich from the kitchen.

An aspiring actor from Indiana, Sam routinely is verbally abused by pushy and arrogant patrons who make their demands known in often unpleasant terms, treating Sam like a low-rung nobody while yearning to pass along adulation to the aloof chef. The prima donna chef treats Sam like yesterday’s lunch, which likely was some weird concoction which has the condescending chef in demand for an article in Bon Appetit magazine.

Sam also contends with his AWOL colleague, Bob, who claims to be having car troubles somewhere on the highway en route to his shift. Then there’s Sam’s roommate, another actor who insists that they tell each other “the truth” about the auditions each seems to have for the same parts.

Naturally, Sam’s roommate is always more than happy to let him know he’s having much more success than is Sam in their pursuit of their mutual dream. And Sam’s indifferent agents blame him in their passive-aggressive manner for his lack of acting success. It’s not a very happy holiday time, especially since Sam’s “nice” boyfriend turned out to be considerably less than that.

Through it all, Sam perseveres, buoyed by phone calls from his dad, recently widowed back in Indiana. Dad asks if Sam is going to be able to come home for the holidays. Sam says that’s unlikely since he gets last choice for days off, but Dad understands and cheerfully wishes him well.

In a restaurant which isn’t just solidly booked but rather “fully committed,” as the chef wants it described, Sam does his best in his lonely basement dungeon of an office. Is harsh and aggressive New York City really the place to ascertain if it’s a wonderful life?

Other Info: Mode’s one-act comedy moves at breakneck speed for the actor assigned to portray Sam as well as more than three dozen smaller but equally challenging roles. Watching Bonfiglio change expressions, voice and mannerisms as he inhabits a panoply of parts shows the Herculean range required to pull off such a presentation with aplomb. Bonfiglio is more than up to the task.

He’s greatly aided by David Blake’s superb scenic design, which showcases a stark set of stairs in the background leading to a lonely, cluttered “office” that is little more than a large storage closet for mops, cans and assorted paraphernalia. It’s decorated with a sparse, Charlie Brown-style strand of Christmas lights on one pole at stage right, overshadowed by a ‘red alert’ phone at stage left used by the chef to bellow abusive orders to Sam.

In the middle of the stage is Sam’s cramped little desk, where he fields a steady assault of phone calls from mostly pretentious folks, although there’s the occasional pleasant exchange with would-be patrons or the restaurant’s kind business manager, Oscar.

Schwetye cleverly adds a reference to “Mayor Pete” for South Bend native Sam in the 20-year-old script. Gwyneth Paltrow may not be especially enchanted with descriptions of her quirky demands, but most of us certainly can identify with and root for Sam and his limitless congeniality.