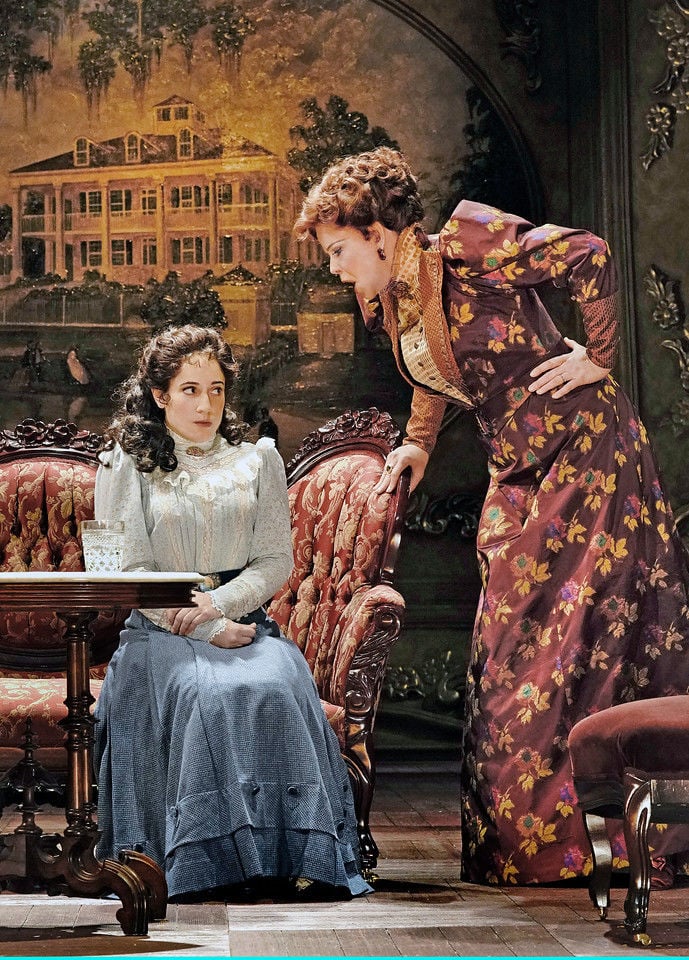 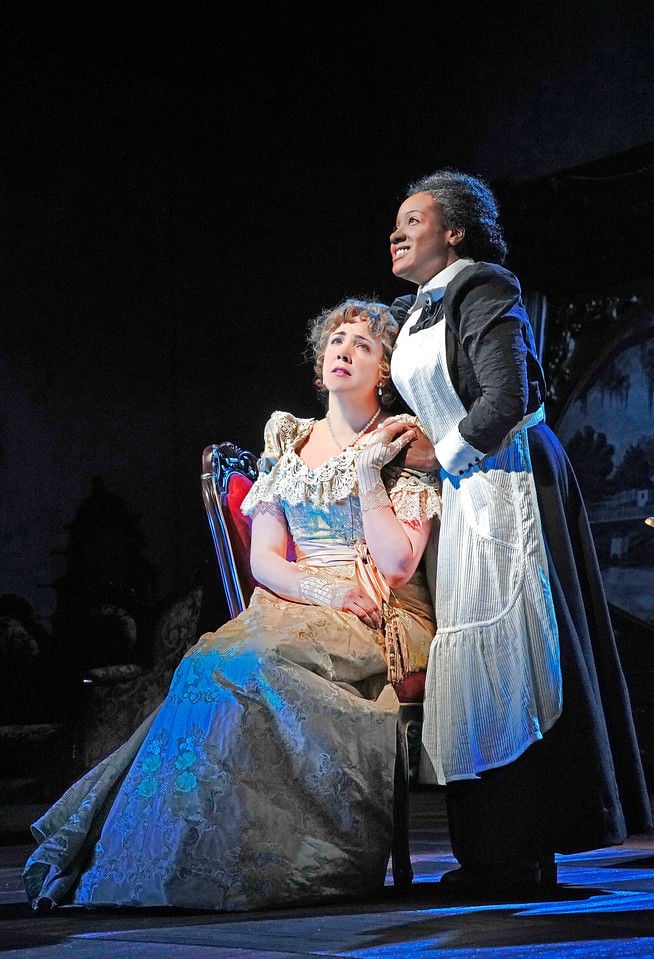 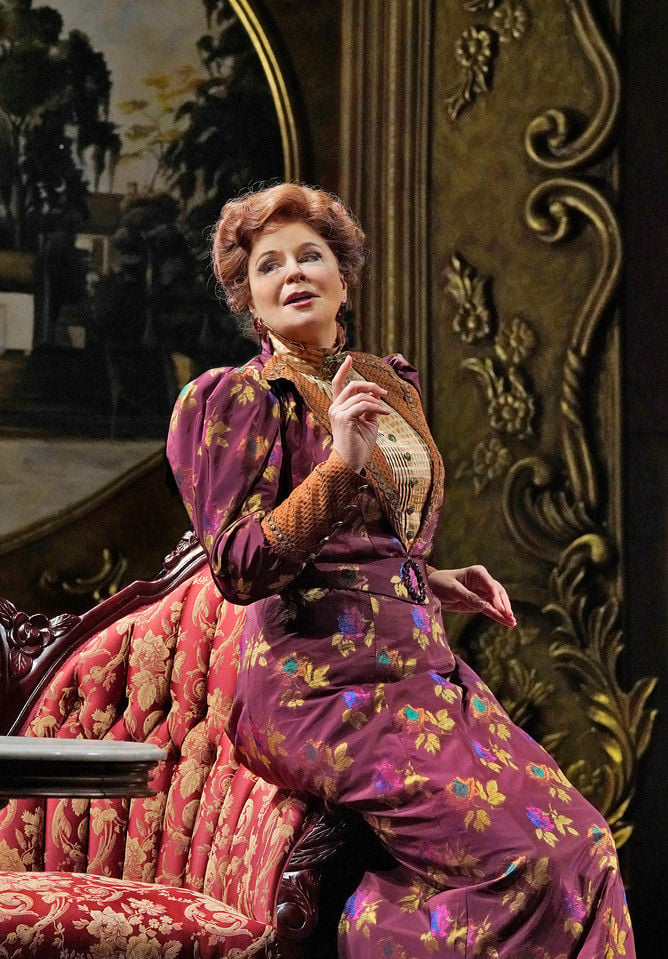 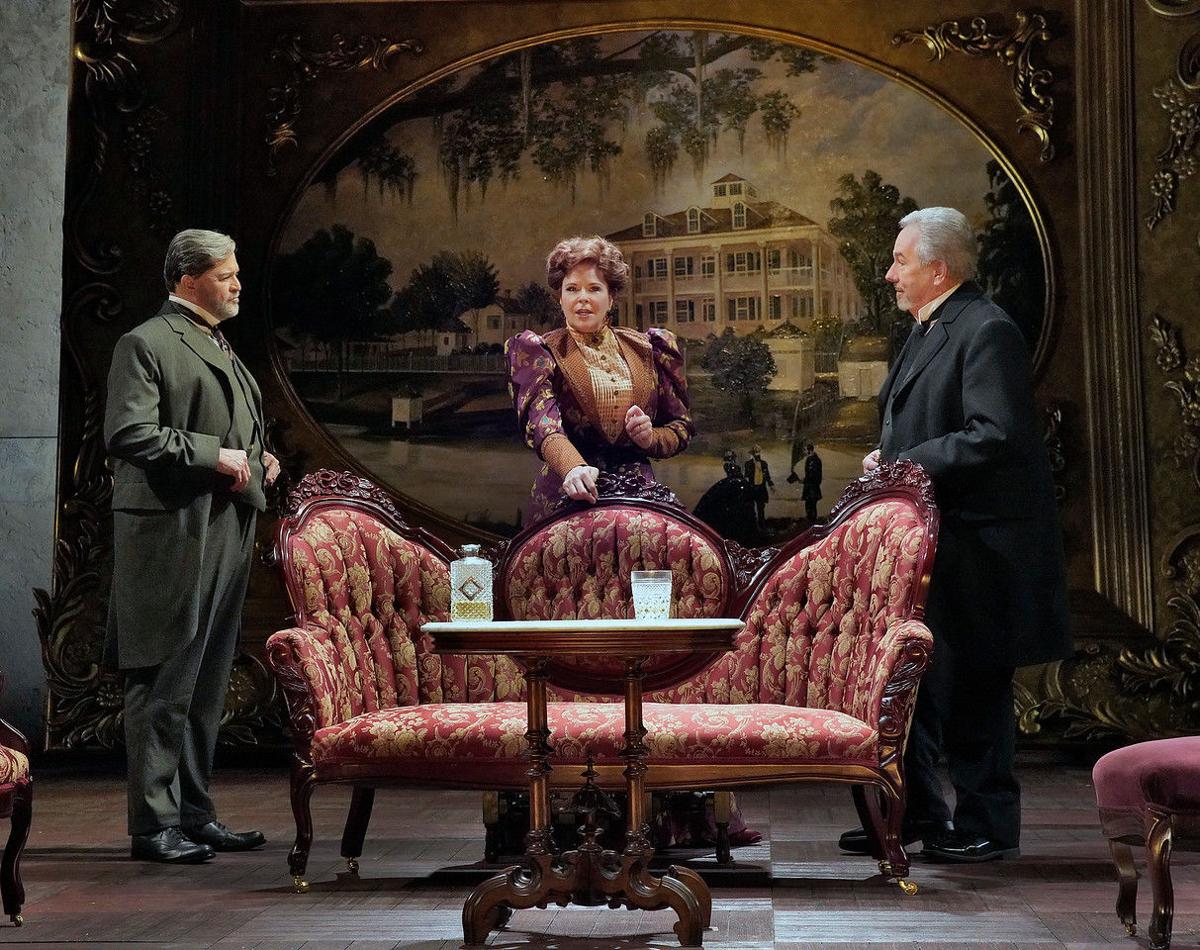 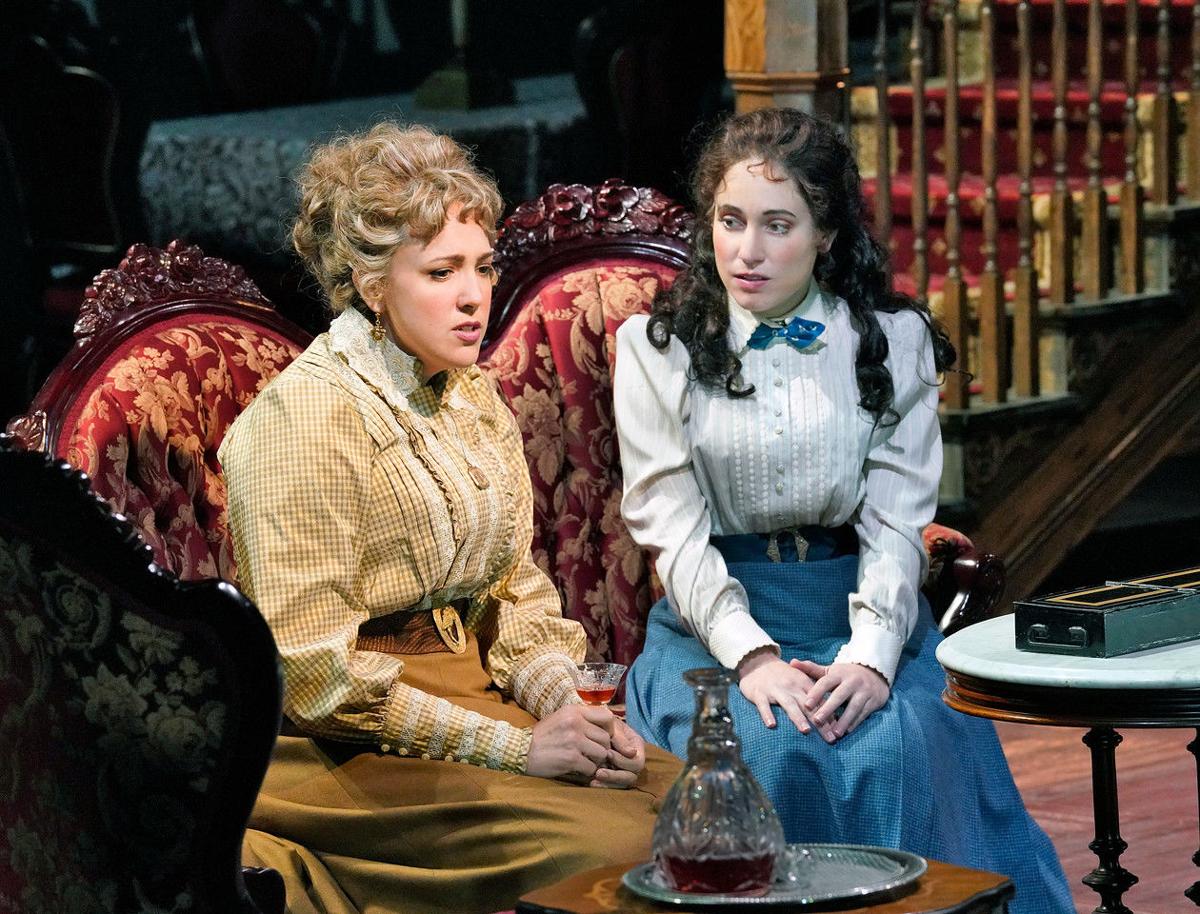 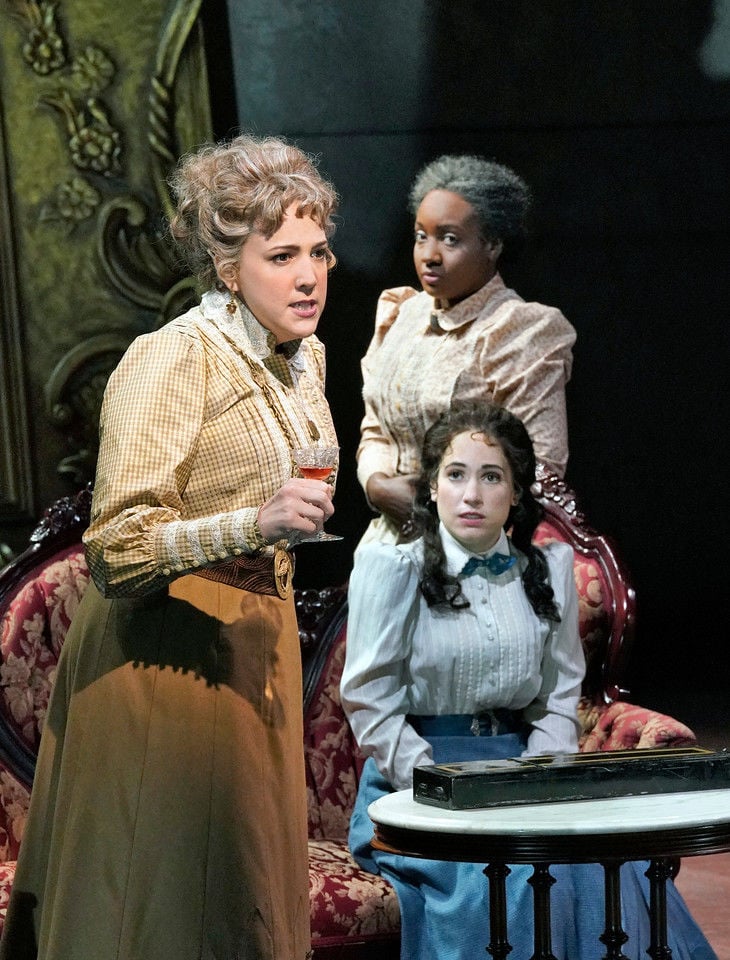 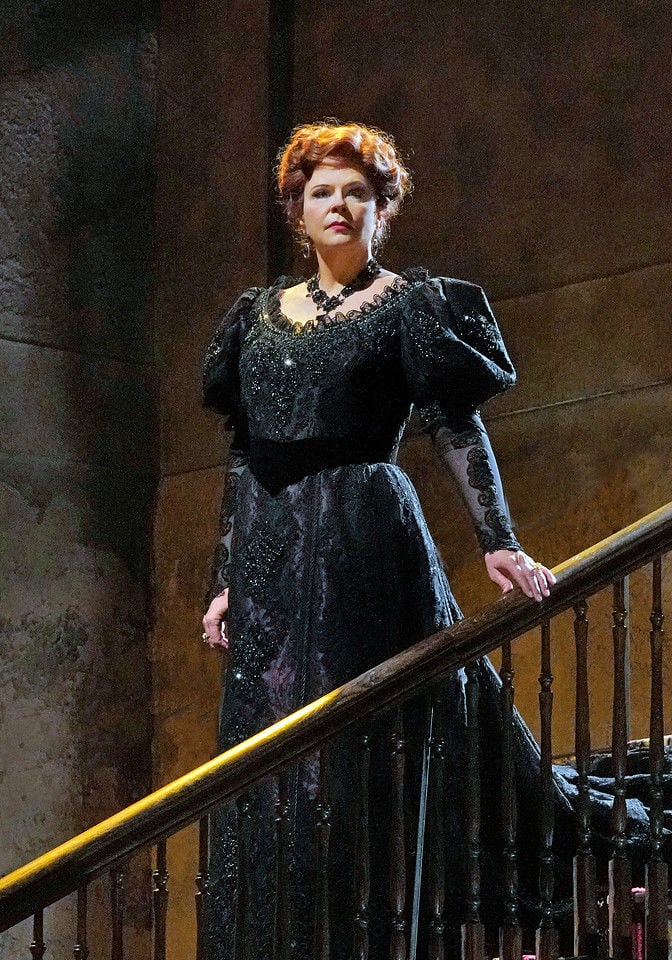 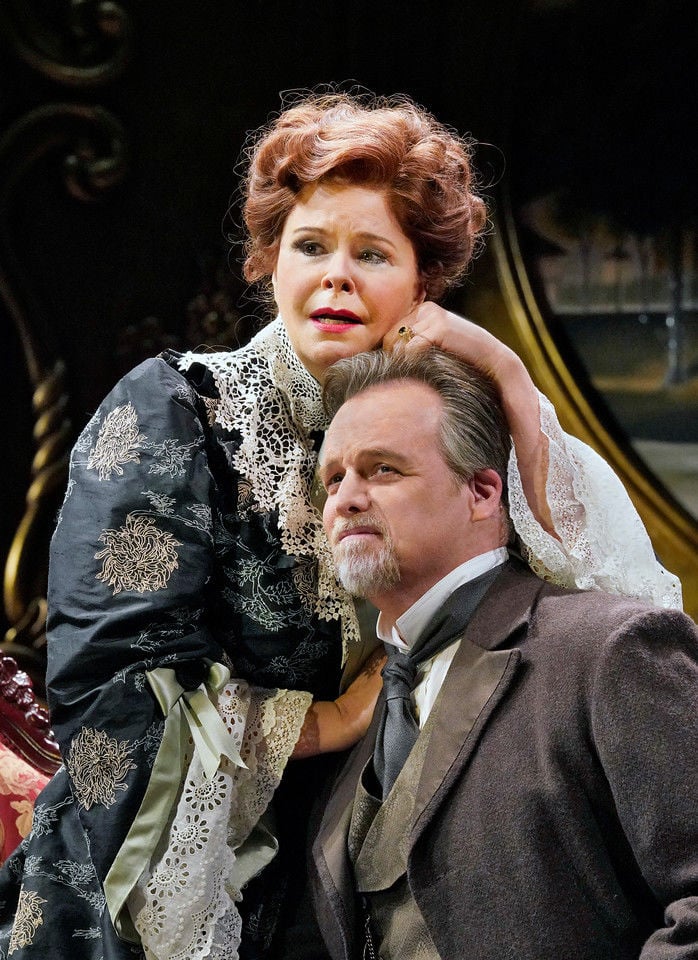 Story: The Hubbards are a notorious family in their neck of Alabama in 1900. Benjamin Hubbard and his younger brother Oscar have made lucrative careers by taking advantage of their many neighbors in the Old South. They approach their sister Regina, who is married to a wealthy but frail businessman named Horace Giddens, with a proposition to build a cotton mill near their land.

They have the backing of Chicago businessman William Marshall, but need $75,000 in additional capital. Regina wants in on the action, but Horace is convalescing in Baltimore at the moment. Since her brothers need her help, she negotiates for 40 percent of the new venture’s profits, which Benjamin agrees to take out of Oscar’s share.

While Oscar seethes at this decision, Ben offers another suggestion: That Oscar’s duplicitous son Leo marry Regina’s teenage daughter Alexandra (Zan) to assure that all of the money remains in the family. Regina agrees to consider the possibility but is met with firm resistance by Horace after Zan is sent to Baltimore to bring him home.

While Oscar’s abused and alcoholic wife Birdie implores Zan not to be taken advantage of like she herself had been, when Oscar married her solely to obtain her family’s property, Leo steals Horace’s bonds from his safety deposit box at the bank where he works to furnish the needed capital. When Horace discovers what has happened, he informs Regina that his new will stipulates that she will inherit only the bonds from his estate, which he has decided will be “loaned” to her brothers for the mill deal.

Regina concocts an alternate plan when Horace suffers a fatal heart attack in her presence, while she offers no help to save him. She blackmails her brothers by telling them she’ll report Leo’s theft to the authorities unless she receives 75 percent of the new mill’s profits. What she doesn’t realize is that Zan suspects her mother of refusing to help her father during his attack, which Ben agrees could look bad for his sister. The scheming Hubbards may not be finished sabotaging each other after all.

Highlights: Marc Blitzstein’s 1949 opera, which incorporates a number of musical styles, makes for a fascinating and absorbing story, especially in its smart and stylish debut presentation at Opera Theatre of Saint Louis.

Other Info: Blitzstein wrote both the music and the libretto for Regina, which is based on Lillian Helllman’s play, The Little Foxes. In turn Hellman based her work on her own family while she was growing up in the town of Demopolis, Alabama.

Regina incorporates a number of musical styles in its three acts and three hours of presentation. Conductor Stephen Lord says in program notes that the OTSL presentation follows the 1992 version which was restored by Tommy Krasker and John Mauceri for the Scottish Opera.

There’s a substantial amount of spoken dialogue in Regina, woven around musical genres as varying as ragtime, jazz, blues, spirituals, Broadway ballads and ballroom dances (as referenced in an interesting program piece written by Maureen Woodall). Regina originally was presented on Broadway to indifferent success before being adapted into an operatic version in 1953.

OTSL’s production features a number of strong singing performances as well as solid acting in all of the major roles. Susanna Phillips, making her OTSL debut, was a definite audience favorite on opening night in her part as the sympathetic character Birdie. She puts her eloquent soprano to fine use especially in Birdie’s third-act aria, Lionnet, referring to her beloved family estate which was usurped by Oscar.

Mezzo-soprano Susan Graham is a powerful force as the driven title character, who is not above stomping on anyone, including her husband and daughter, to get what she wants. Graham delivers Regina’s imperious presence effectively while also capably handling arias such as the telling number, The Best Thing of All, in Act I as she describes her lust for wealth and material glory.

James Morris makes his own impressive OTSL debut as the scheming Benjamin, using his bass-baritone to underscore the greed and unflinching grasp for power of the elder Hubbard brother. Bass-baritone Kristopher Irmiter also shines in another OTSL debut as the ailing but compassionate Horace.

There’s an excellent turn by soprano Monica Dewey, a former Gerdine Young Artist, as the decent and loving Alexandra. Dewey’s clear soprano soars throughout the presentation on numbers such as What Will It Be for Me? in Act I. Mezzo-soprano Melody Wilson does wonderful work as the Giddens’ devoted maid, Addie, who sees through the shallow Hubbard behavior and consoles Birdie in the Act II blues piece, Night Could Be Time to Sleep.

Ron Raines utilizes his powerful baritone in the role of Oscar, playing the villain in a polished and not overblown fashion, while tenor Michael Day captures the vacuous and venal spirit of Leo in fine form. There’s good work as well by Chaz’men Williams-Ali as the trumpeter in the Angel Band, Justin Austin as family servant Cal and Robert Stahley as the genial Marshall.

Evan Bravos is fine as a former beau of Regina’s who is used as a tool by her at the family’s gala, Leo Radosavljevic plays a banker and Brittany Graham is a domestic helper. There is also a nifty contribution by a musical trio hired by the family for their dance played by violinist Shawn Weil, cellist Bjorn Ranheim and pianist Andrea Grant.

Lord leads musicians from the Saint Louis Symphony Orchestra in smoothly handling the diverse genres composed by Blitzstein throughout the opera, which also features some infectious choreography created by Sean Curran.

Costume designer James Schuette and wig and makeup designer Tom Watson dress the players in the finest, early 20th century regalia of Southern aristocracy as well as uniforms for the servants, while Michael Hooker adds a supportive sound design.

Director James Robinson uses all of the stage as he keeps his players moving the story along in fluid fashion, making the most of an elegant staircase incorporated by Allen Moyer into his curious set design which also features a large, ‘framed’ portrait of the genteel Giddens mansion bizarrely leaning against a massive gray, back wall. Christopher Akerlind’s striking lighting illuminates the stage beautifully, notably in some stark effects through portals at either end.

Lord’s decision to go with the 1992 Scottish Opera version smartly showcases the breadth and depth of Blitzstein’s original score to stirring effect. OTSL’s Regina is a handsomely crafted and well executed visit to the backbiting, brutal Hubbard regime in the Old South.