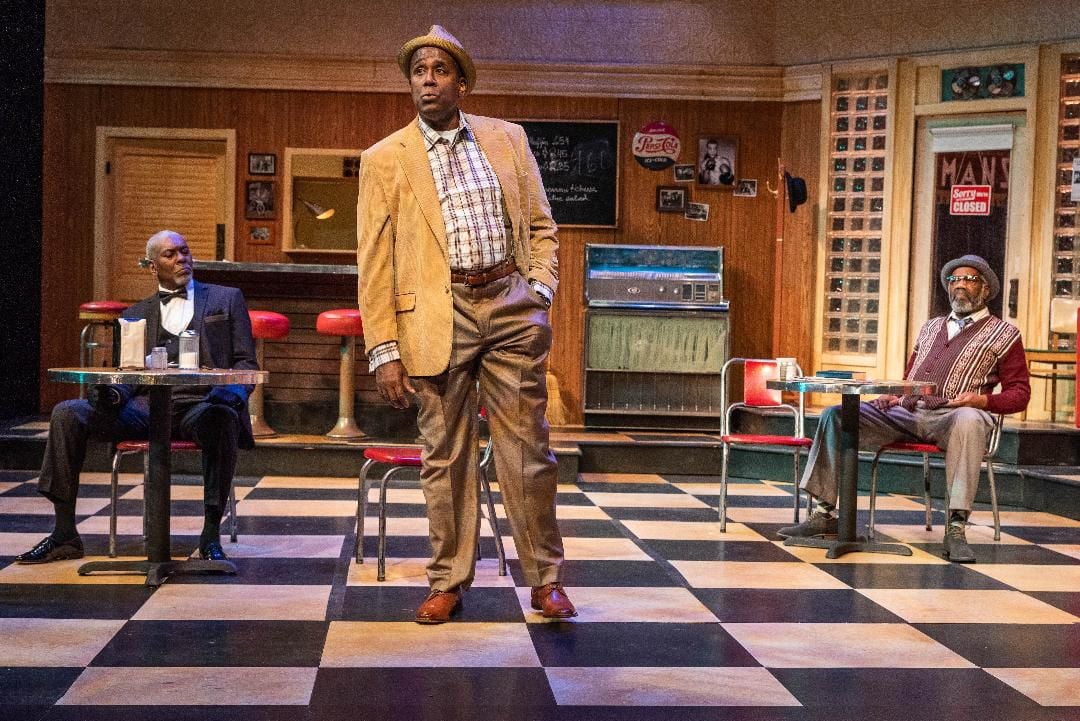 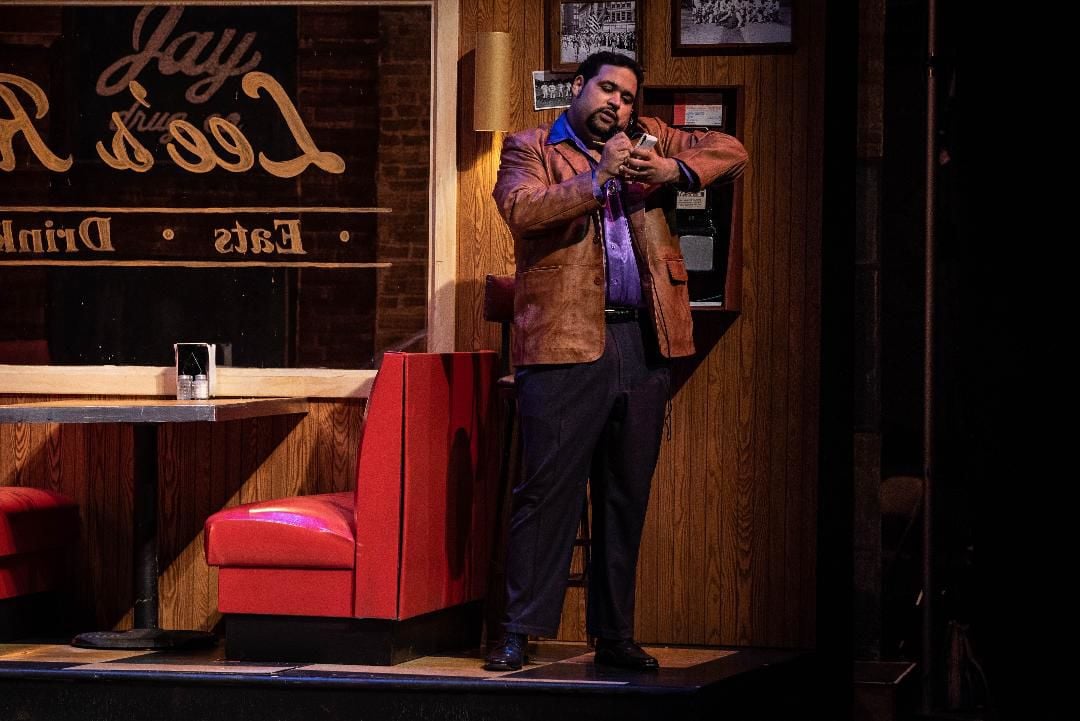 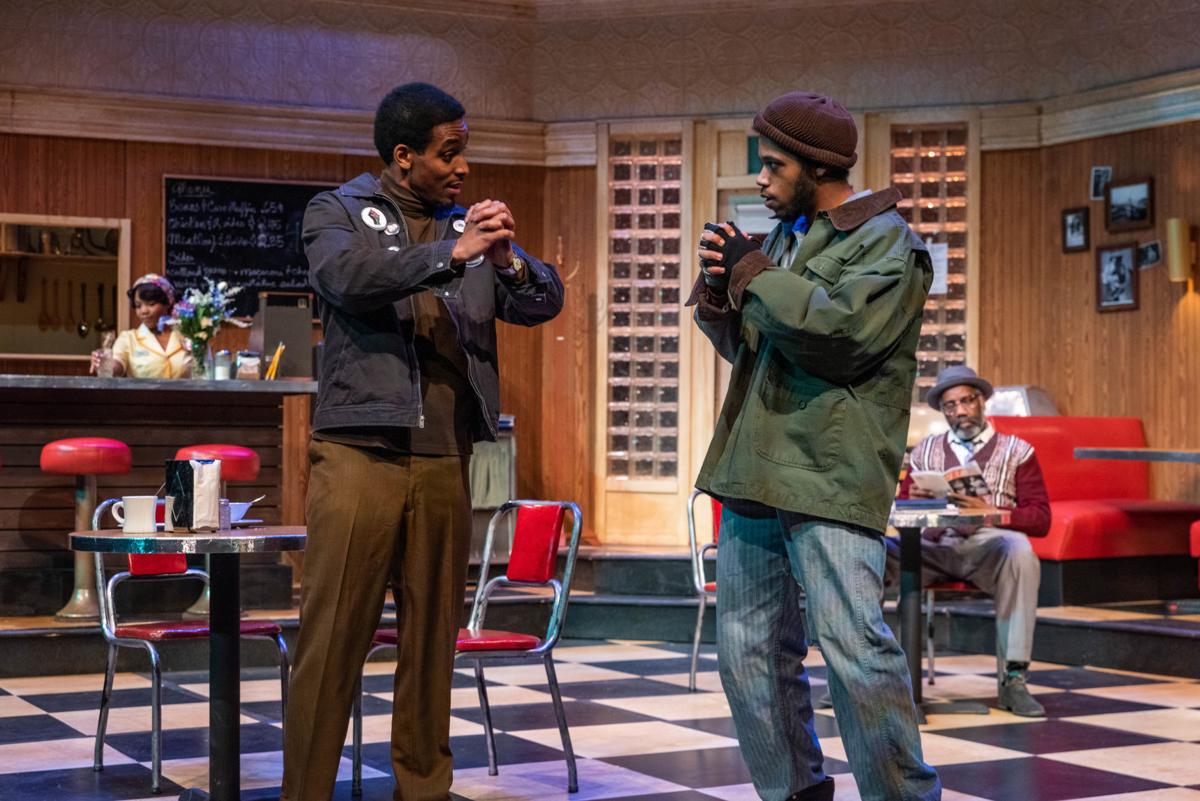 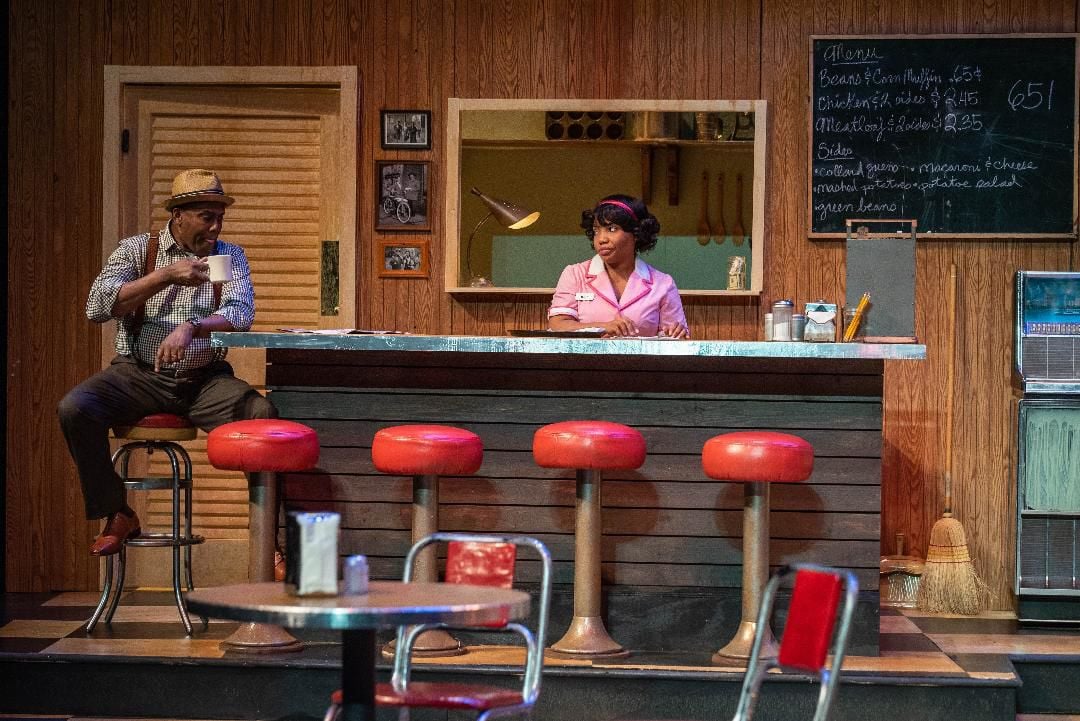 Story: Memphis has operated Lee’s Restaurant in Pittsburgh’s Hill District for decades. Once upon a time it was a flourishing enterprise, but now in 1969 it’s frequented mostly by a handful of regulars such as elder statesman Holloway and Wolf, who runs a bookie operation from wherever he’s located at the time.

With the city experiencing urban decay, it’s been absorbing chunks of property under its ‘eminent domain’ clause and has targeted Lee’s Restaurant a number of times. Memphis, though, says he also has a ‘clause’: It’s $25,000, the price he wants for a building he purchased for $5,000 when he started his business.

Mr. West, who operates the local funeral parlor, owns pretty much everything else in the neighborhood. He’s offered Memphis money for the restaurant property, too, willing to pay up to $15,000 for the land and building. Memphis stubbornly holds out for his asking price, whether it’s West or the City of Pittsburgh inquiring about its sale.

Memphis routinely barks orders at Risa, his long-suffering waitress. She’s quiet and keeps to herself, fending off romantic inquiries by Wolf and other men who look past the self-inflicted scars on her legs. Her latest hopeful beau is Sterling, who’s been released from the penitentiary and in need of a job.

She is kind and nurturing, though, to Hambone, a lost soul who wanders in daily shouting “He’s gonna give me my ham!” in reference to Mr. Lutz, the owner of a local butcher shop who paid Hambone with a chicken instead of a ham nearly a decade ago because he didn’t believe Hambone had merited the promised ham for what Lutz considered a less-than-satisfactory job painting Lutz’s fence.

The times are changing and Sterling is front and center sticking posters about various ‘black power’ rallies in Memphis’ restaurant, to the consternation of the owner. Memphis was bullied out of Mississippi decades earlier and is used to discrimination, but he has a plan: He’s going home some day to claim the land to which he has a title and do what he wants on his own property. There are two trains running out of Pittsburgh every day, he says, which can reach his dream.

Highlights: Director Ed Smith weaves a masterpiece of a production through the expert utilization of his cast and technical staff in The Black Rep’s wondrous rendition of August Wilson’s absorbing drama, Two Trains Running.

Other Info: On opening night The Black Rep was awarded the August Wilson American Century Cycle Award by the Pittsburgh Post-Gazette. The award “recognizes that the 10 plays, though grounded in the rich culture of the playwright’s native Hill, have found their true, enduring life in theaters all across the country,” said award originator Christopher Rawson of the Post-Gazette.

Truth be told, The Black Rep already has produced all 10 of Wilson’s “Century Cycle” dramas, each one set in a decade of the 20th century. For the past few years The Black Rep has been underway with its second excursion through Wilson’s impressive canon, with outstanding presentations of Seven Guitars and Fences and now Two Trains Running.

Smith meticulously guides his excellent ensemble through the work’s two acts and eight scenes, all of which are set in Memphis’ restaurant. That eatery is handsomely depicted in the scenic design created by Margery and Peter Spack, complete with a Pepsi-Cola sign on one wall, a period jukebox and a wall phone where Wolf conducts his business, thanks to Margery’s attention to props detail.

A row of swivel seats at the counter, a few booths and some tables and chairs comprise Memphis’ serving area, with a door behind the counter leading to the kitchen as well as an entrance from the street at stage right back, a big picture window looming over the booths. Daryl Harris’ costumes sharply match the well-tailored look of West, Wolf’s sporty garb and the down-trodden, disheveled appearance of Hambone, although Sterling seems too well-dressed for a guy fresh out of prison.

The songs of the ‘60s are prevalent in Kareem Deanes’ carefully assembled sound design, with pop and soul tunes dominating as well as more wistful moments. Jim Burwinkel’s lighting shines the focus on the conversations inside Lee’s restaurant while also alluding to the action on the street.

As with many of his plays, Wilson’s Two Trains Running has more than its share of dialogue consuming three hours of performance time. It’s a joy, though, to listen to the poetry and natural cadence in his characters, who talk so normally that one feels almost like a sponge absorbing their comments while munching on some of Risa’s beans and cornbread at a corner table.

Broadway star James A. Williams anchors the rendition with a superior interpretation of Memphis. Williams’ restaurateur has endured a lot in his lifetime, surviving unspeakable hatred back home, where his beloved mule was slaughtered in front of his eyes by hostile neighbors. He’s a flawed man, sure, with his incessant berating of Risa, yet he earns our respect.

Black Rep producing director Ron Himes and veteran performer J. Samuel Davis provide richly textured portrayals of the savvy Holloway and admired businessman West, respectively. Sharisa Whatley imbues Risa with a quiet and committed resolve, while Carl Overly Jr. paints Wolf as an amiable numbers man who gets by as best he can.

Black Rep newcomers Jason J. Little and Travis Banks offer splendid support respectively as the well-meaning orphan Sterling, searching for his place in the Hill district and the world, and the off-kilter Hambone, a lost soul who receives kindness and compassion from Risa while enduring Memphis’ ridicule for his loud rants.

Two Trains Running was a Pulitzer Prize finalist in 1992. It’s easy to see why with a production as exhilarating and fascinating as the one currently being performed at The Black Rep.