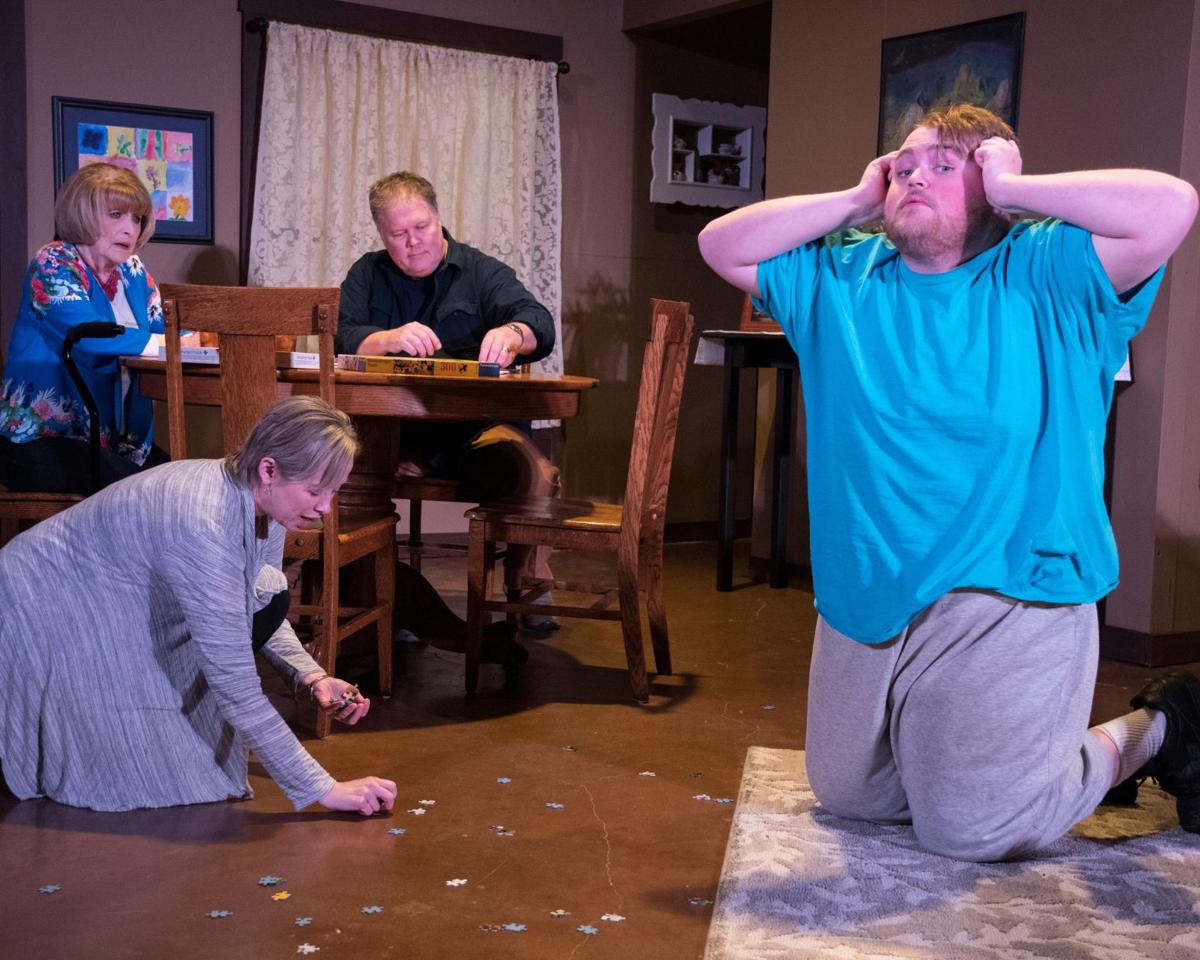 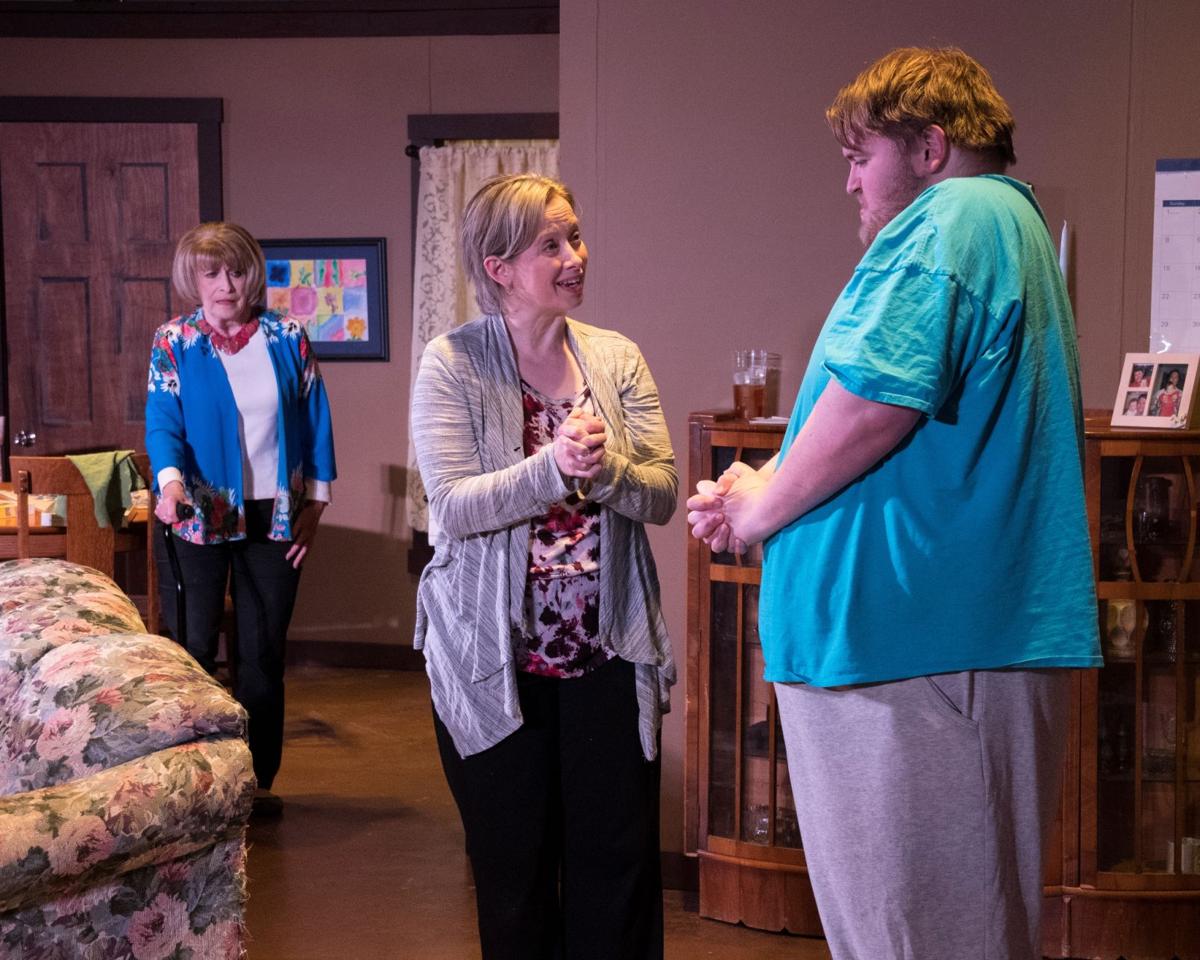 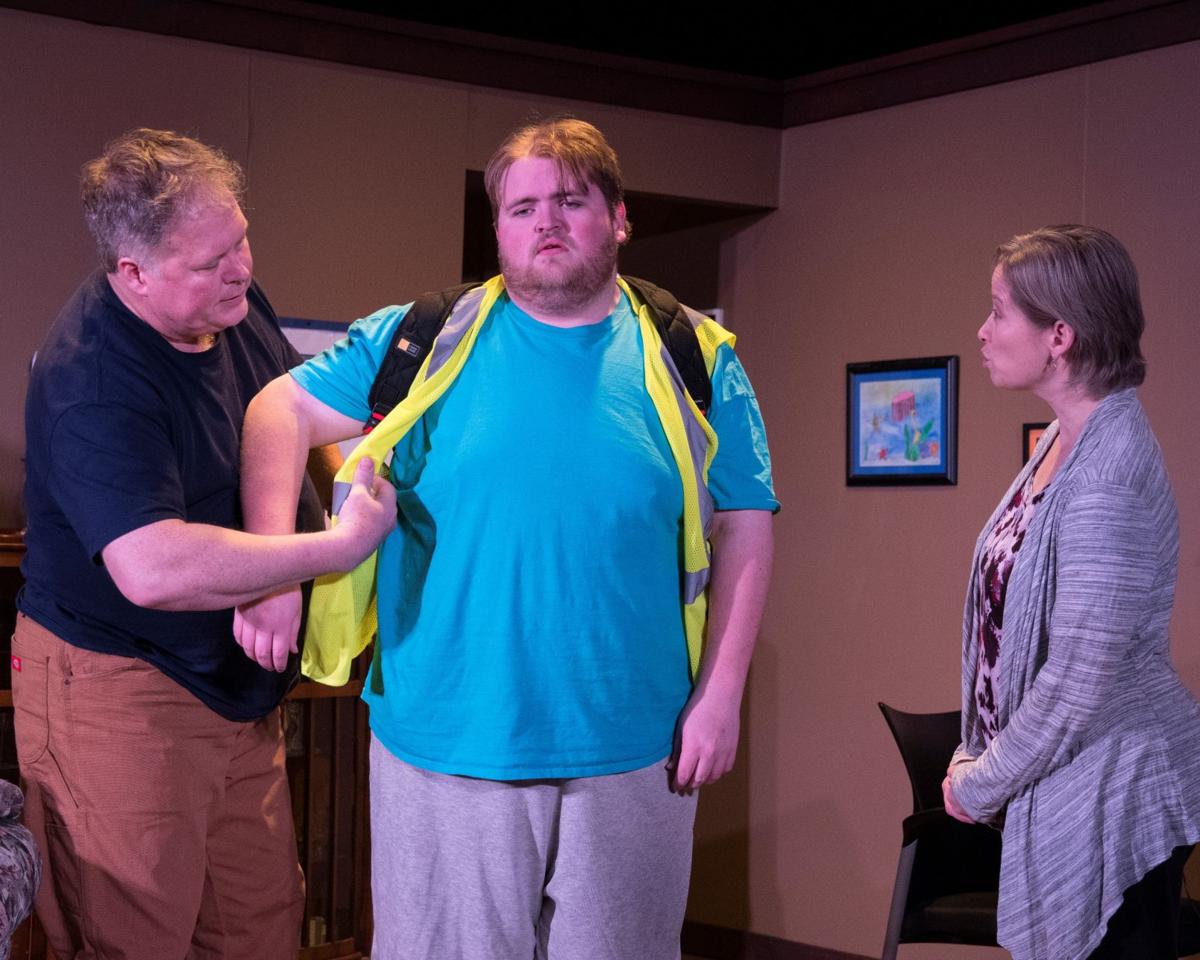 Story: It’s a normal day for Tami, her husband Bill, their teen-age daughter Lisa and teen son Josh. Of course, what’s ‘normal’ for them is juggling their hectic schedules around Josh’s severe autism.

Everything in Josh’s life follows a strict protocol. Often he’s “rewarded” for good behavior by pulling a string over a door that tips a box holding feathers, which he gleefully allows to fall upon him. Tami and Bill take turns supervising Josh’s activities and keeping an eye and ear open at all times for any potential and alarming problems.

An impending visit by Bill’s mom, Grammy Sue, poses its own set of challenges for the family. Does she fully understand the extent of Josh’s condition? Grammy Sue lives far from her son and, in addition, adheres faithfully to the words of the Bible, which she believes holds the answer for any dilemma.

While Bill and Tami tend carefully to Josh’s needs, Lisa is frustrated by the inordinate attention which her brother requires as well as ‘unfair’ aspects of his situation. For example, since Josh is frightened by the sound of barking dogs, Lisa is stifled in her attempt to adopt a family pet.

Grammy Sue’s visit puts the family to the test as they work to keep Josh on his school schedule and as happy as possible at home. He’s a big boy, though, and when he careens out of control he can pose a real physical threat to the diminutive Tammy.

Bill often broaches the subject of a “safe house” where Josh can be sent, for Josh’s betterment as well as the family’s safety, but the very suggestion causes Tami to look upon herself as a bad mother. Is she ‘falling’ into a hopeless trap?

Highlights: Deanna Jent’s affecting and compelling drama about autism and its impact on one family is given a strong and sobering interpretation in a solid production by Bankside Repertory Theatre.

Other Info: Jent, a professor at Fontbonne University and artistic director of Mustard Seed Theatre, presented the world premiere of Falling in 2011 at Mustard Seed. Since then, her excellent drama has been performed off-Broadway, around the country and even internationally. It’s that good and that dramatic.

Director Sue Ellen Coughtry presents a carefully calibrated rendition of the show which is well paced and features a number of stellar performances. The action takes place on a set well designed by Alex Hauf-Belden which presents a comfortable, middle-class home with a dining room at stage right and a living room at stage left, including a computer screen and TV in the corner for Tami’s work and Josh’s video games, all lit effectively by Hauf-Belden.

Chrissy Calkins Steele splendidly conveys all of Tami’s love, hopes and frustrations, especially in a poignant scene with a visitor from the state’s Social Services Department. She’s also scarily realistic in a couple of physical scenes with Jack Janssen as Josh when he’s in a highly excitable state.

Janssen’s imposing presence adds to the potential threat, albeit an unintentional one, in Josh’s character. He’s also adept at getting across Josh’s limited world and his childlike reactions to everyday, simple things which trigger basic emotional responses, as well as showing how Josh can understand and reason in conversations with his parents.

Geoff Callaway does very well showing various facets of Bill’s personality, including marital stress which seems natural given the circumstances faced by Bill and Tami on a daily basis, but also Bill’s capacity to accept their condition and deal with it as best he can.

As Lisa, Hannah LePoidevin demonstrates the daughter’s frustrations with her family dynamic while showing that Lisa really does love her parents and her brother, notwithstanding her longing for a more fulfilling life. Tommy Nolan succeeds in showing Grammy Sue’s need to reach out to her son and his family in her own way, which brings its own set of troubles to the issues at hand for each of them to various degrees.

Falling is expertly told in its one act and 90 minutes of running time and a good choice for a production in April, which is Autism Awareness Month. It puts the strength of a family through considerable strain and succeeds in depicting how courage and compassion can take many forms.