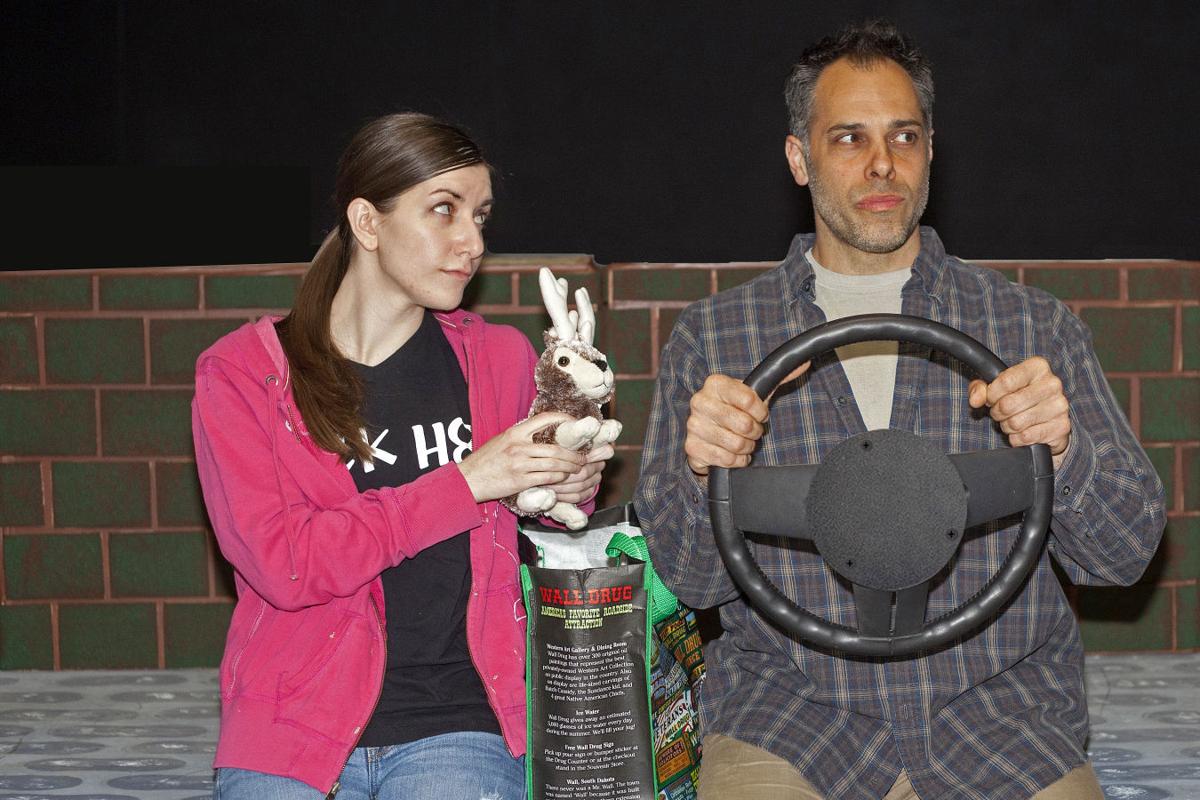 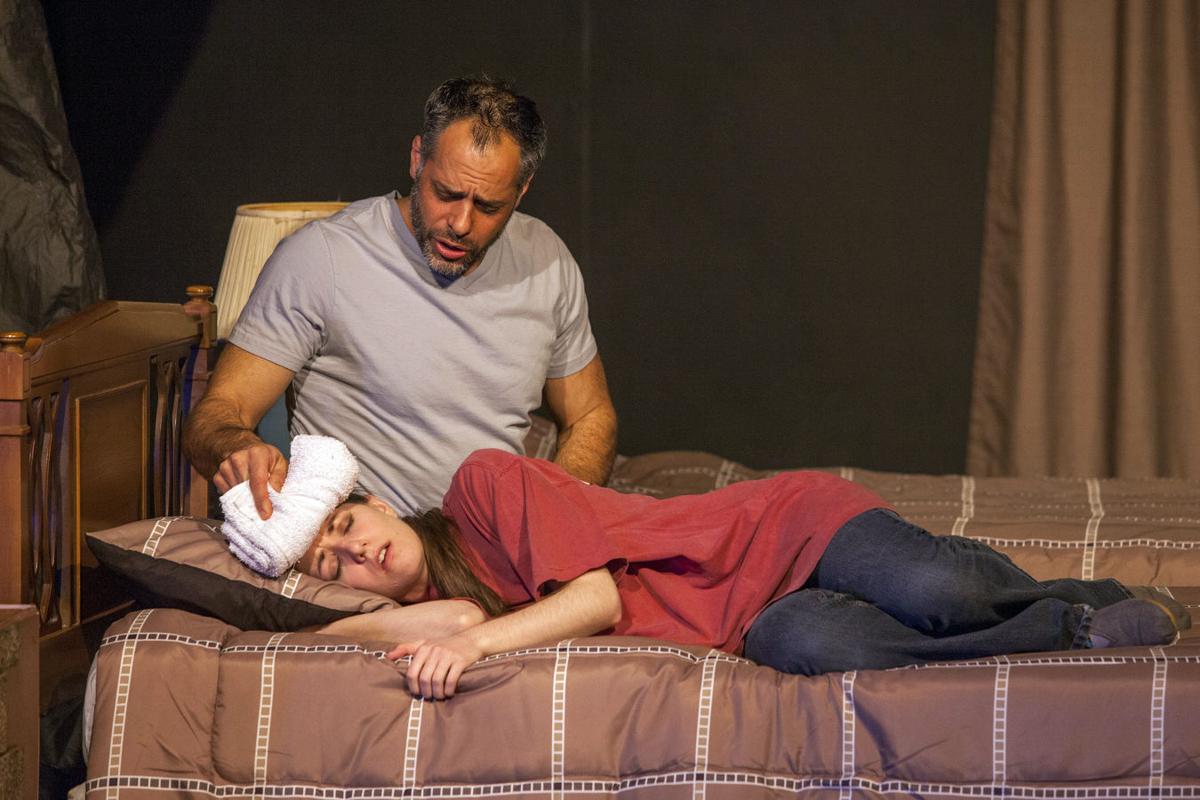 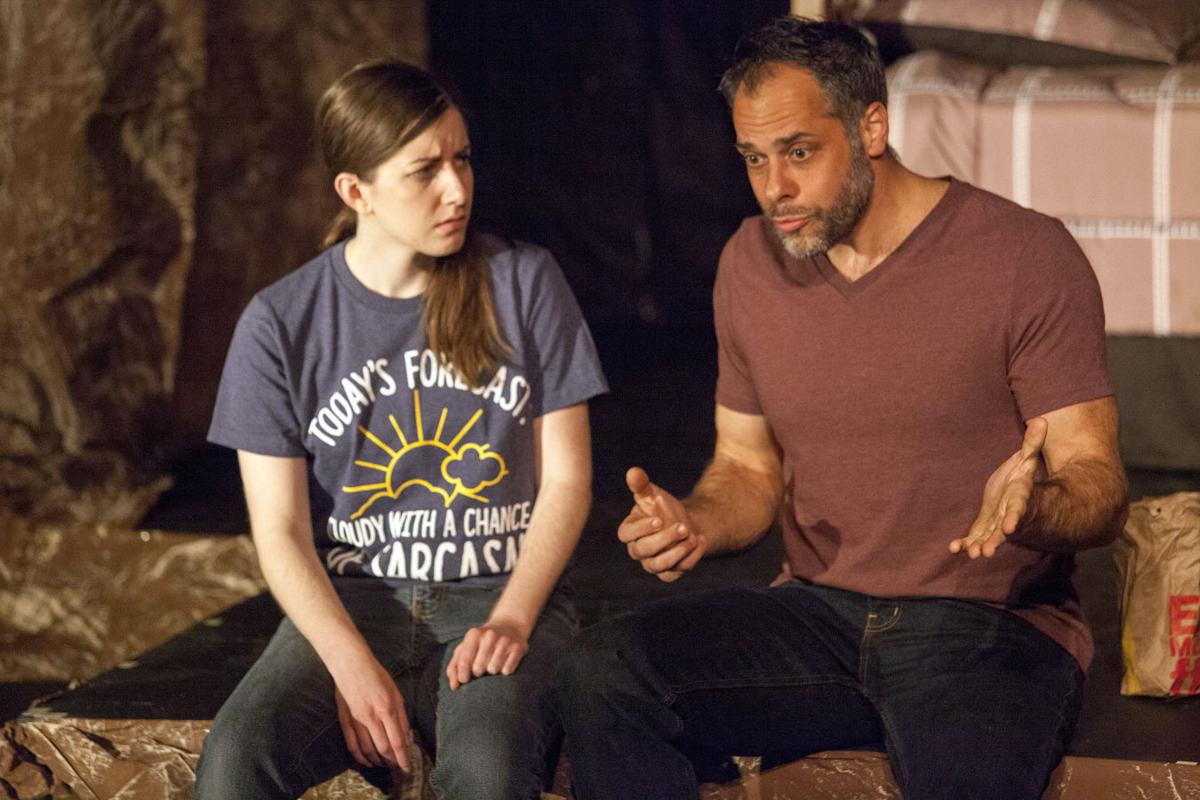 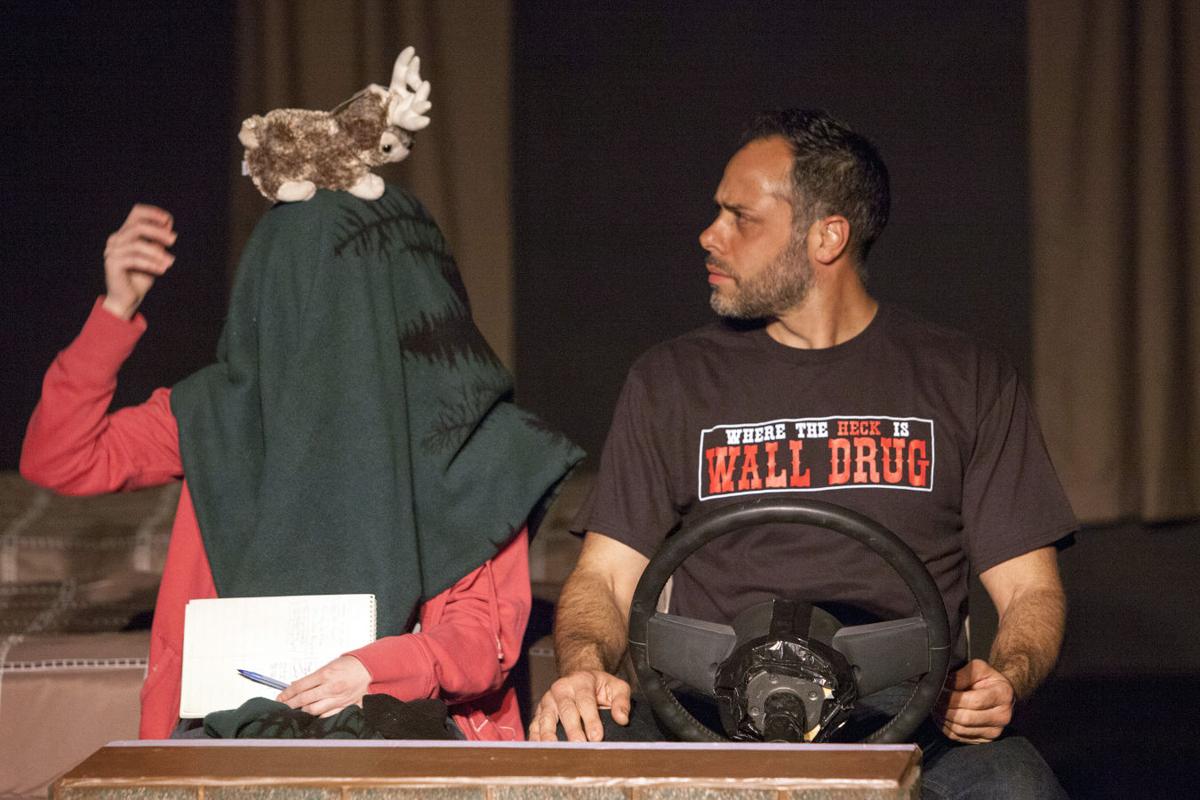 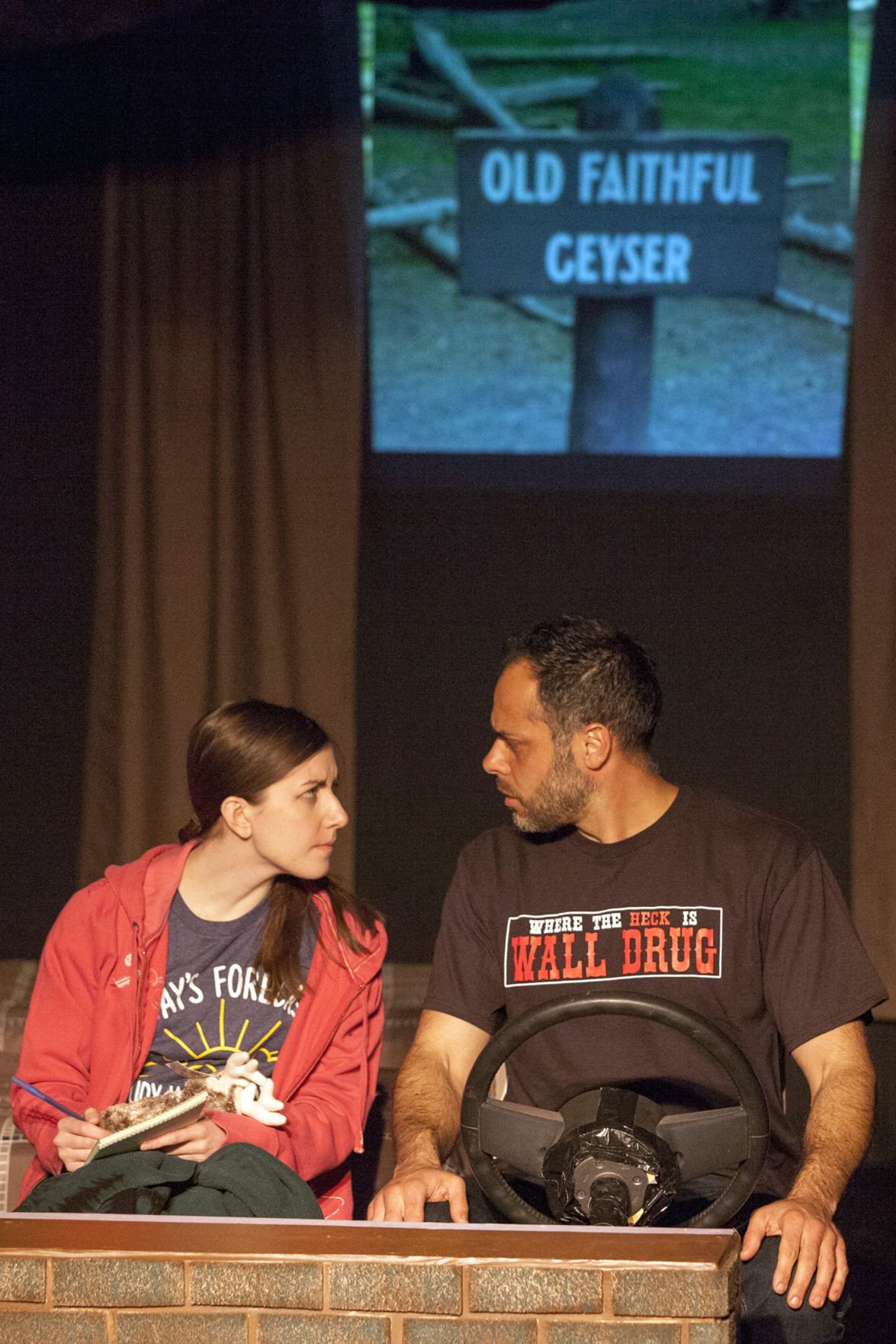 Story: A middle-aged man, recently divorced from his second wife, abducts his teenage stepdaughter. He prefers not to call it kidnapping, but she is his unwilling companion on a road trip from her native Nebraska to several points out west.

A writer called “Monkey Man” by the tough-talking, 17-year-old known as “Bitch,” the man is attempting to recapture the happiness he knew as a boy when he accompanied his parents on this same journey. A phone call by the teen to her mother results in some defensive responses by Monkey Man, who nonetheless insists that the ‘vacation’ continue.

As the two take their trek through South Dakota, Wyoming and Montana, Monkey Man anxiously awaits Mount Rushmore, Old Faithful and other points of interest. His enthusiasm, though, is met with indifference or hostility by Bitch until a stark revelation turns their desperate time together even darker.

Highlights: West End Players Guild concluded its 2015-16 season last weekend with an absorbing and melancholy drama by Lee Blessing initially presented at the Humana Festival of New American Plays in Louisville in 2008. Director Tom Kopp and his two-person cast gave this sad, quirky tale a fitting tribute in a production that moved carefully through several scenes played out in one act.

Other Info: The pair of players both made their debut performances with WEPG. After a sluggish and halting opening scene, each seemed to grow comfortable with his or her role and managed to give their unappealing characters some much-needed humanity and explanations for their bizarre behavior.

Isaiah DiLorenzo was able to surmount myriad moments of discomfort for an audience wondering what lecherous or criminal intent Monkey Man might have with the nubile teen. In his portrayal, however, DiLorenzo maintained the lonely man’s intention to provide his stepdaughter with a memory of wonder he hoped could match that from his own childhood. Still, seeing the two disrobe and share a hotel room in one scene, even with twin beds, was a disturbing sight regardless.

The creepiness factor doesn’t pertain to Bitch, though, who as portrayed by Shannon Lampkin is a tough-talking, caustic teen who views men contemptibly based on what she’s experienced with her own, less-than-ideal father and Monkey Man, who had three affairs while married to her mother.

Monkey Man has his own convoluted explanations for those trysts, but essentially he’s never succeeded in warding off his own insecurities. Fittingly, he makes his living as a writer, and a pretty successful one at that, but it’s Bitch who seems to have a natural knack for transferring her thoughts onto paper.

Lampkin is effective covering the surprising depth of her character’s emotional range and DiLorenzo is at his best reacting to Bitch’s unexpected situation. Their scenes are largely played out on chairs set up like car seats or in hotel bedrooms courtesy of set and lighting designer Stephanie Draper. Costume designer Tracey Newcomb-Margrave’s clothing is particularly noteworthy in Bitch’s T-shirt selection that pronounces her personality.

The production is enhanced with the sights of the West presented in Bill Dechand’s AV design, from Wall Drug in South Dakota to Glacier National Park, along with highway signs indicating where each scene takes place. Susan Kopp’s sound design and original music underscore the melancholy underpinning of Blessing’s mournful tale.

Great Falls is an offbeat tale that presents its characters unabashedly and avoids sentimentality in an unforgiving and harsh manner. Even with those conditions, however, its two characters can leave a lasting impression, especially when shaped as hauntingly as Lampkin and DiLorenzo manage thanks to Tom Kopp’s studied guidance.