Two of the area’s preeminent cultural institutions have teamed to salute a third, as the St. Louis Symphony Orchestra celebrates “50 Years at Powell Hall” with assistance from the St. Louis Public Library.

That free exhibition, which opened Jan. 16 in the library’s downtown St. Louis headquarters, runs till March 17 from 10 a.m. to 9 p.m. Monday through Thursday and from 10 a.m. to 6 p.m. Friday and Saturday.

The exhibition occupies the library’s Great Hall, according to Anthony Kiekow, the orchestra’s public relations manager, who calls it “truly an exquisite space” and likens it to his own focal workplace on Grand Boulevard. “Highlighting the beauty and grandeur of the Powell in the Great Hall seems fitting,” Kiekow adds.

Any consideration of a structure of the Powell’s splendor and history almost perforce will include consulting A Guide to the Architecture of St. Louis by George McCue and Frank Peters, published in 1989 under the auspices of the local chapter of the American Institute of Architects.

That integral reference relates that C.W. & George L. Rapp – a Chicago architectural firm formed by two brothers and famed for its work on “movie palaces” of the early 20th century, before multiplexes metastasized – designed the Powell, then called the St. Louis Theatre, in 1925.

Once the orchestra obtained the structure in 1966, remodeling took place for roughly the next two years under the direction of Wedemeyer Cernik Corrubia – “one of the oldest and most highly respected architectural firms in St. Louis,” according to its own website – before the orchestra debuted there almost exactly five decades ago, on Jan. 24, 1968.

“The profusion of gilt, cream-colored plaster moldings, red plush, chandeliers, marble and mirrors suits orchestra patrons,” McCue and Peters’ guide states, “while the hall’s acoustical response, at first uneven and over-reverberant, was improved by various adjustments, including rebuilding of the reflective shell in which the orchestra plays.”

In a similarly laudatory fashion, virtuoso violinist Isaac Stern also once reportedly praised the Powell, saying, “It ranks with Carnegie Hall in New York and Symphony Hall in Boston.” Also, in 2001, the federal National Register of Historic Places added the Powell to its exclusive ranks.

The current exhibition at the library relates the orchestra’s history at the 2,689-seat hall since relocating there in ’68, featuring vintage posters, conductor scores, photographs and other memorabilia, Kiekow says. It also includes full-length wall murals, five display cases spotlighting each of the orchestra’s decades at the Powell and full stands highlighting past seasons.

Leading into “50 Years at Powell Hall,” not only did the orchestra solicit Powell-related reminiscences from its patrons, but also the library, in mid-November, encouraged its own patrons and other citizens to loan personal mementoes relating to the Powell.

That effort – potentially fraught with logistical complications – went well, Kiekow notes. “Gathering memorabilia for an exhibit like this can be challenging, but thankfully, the St. Louis community has stepped up,” he says. “St. Louisans dropped off several historic items, including photos, concert posters and season schedules.

“Throughout the season, people have shared amazing photographs and personal stories that document special times they’ve had at Powell Hall. From interacting with musicians and conductors to celebrating the holidays, Powell Hall has played a unique role in the lives of so many St. Louisans.”

The library itself is curating “50 Years at Powell Hall,” and Kiekow praises its HQ, one of the comparatively few area structures whose grandeur rivals that of the Powell. “Central library has become a stunning cultural destination,” he says. “Through wonderful community partnerships and the use of the library’s extensive collection, [it] has created amazing exhibits that are free for the public.”

Still, from another comment, one can’t help suspecting Kiekow would never trade his current workplace for even the library’s architectural magnificence.

“Powell Hall is a true St. Louis treasure,” he says. “Each time you walk into the foyer or concert hall, there’s always something new and beautiful to discover, even for those of us who are here every day. The building’s filled with intricate architectural details that capture the imagination. But what really makes Powell Hall special are the incredible acoustics in the auditorium – it’s a truly fine instrument that comes alive with music.”

As part of the St. Louis Symphony Orchestra’s jubilee at Powell Hall, the orchestra’s photographers, Jeff Hirsch and Benjamin Scherliss, have been shooting the hall. They paused in checking their f-stops to reflect briefly on its stateliness.

“Not to be unoriginal, but you just cannot ignore the obvious, which is the dome atop the ceiling in the auditorium,” Scherliss confesses when asked to cite the feature of the hall that most impresses him professionally. “During the process of photographing the Powell, we were delicately led out onto the scaffolding just above the dome and able to peer out into the outlets for the lightbulbs around its perimeter.

“I myself was amazed to learn there was a walkway up there – or even a need for one. But those bulbs eventually do need replacement, and it’s the most sensible – and safe – means by which to do it.”

“In general, all of the various ceiling details are what attracted me most as we toured the building,” says Hirsch. “You’ve got the wonderful gods and cherubs in the lobby and bar area. And then there’s the coffered ceilings that curve across the mezzanine level – they’re set in this wide, sweeping arc that’s only really visible when one is actually standing or sitting in the boxes. And finally, you’ve got the great oval at the very top of the auditorium. All of these details are things you might miss if you forget to look up.”

As something of a whimsical afterthought, Hirsch further muses, “Can you imagine all the patrons wandering around looking at the ceiling and smacking into each other?” 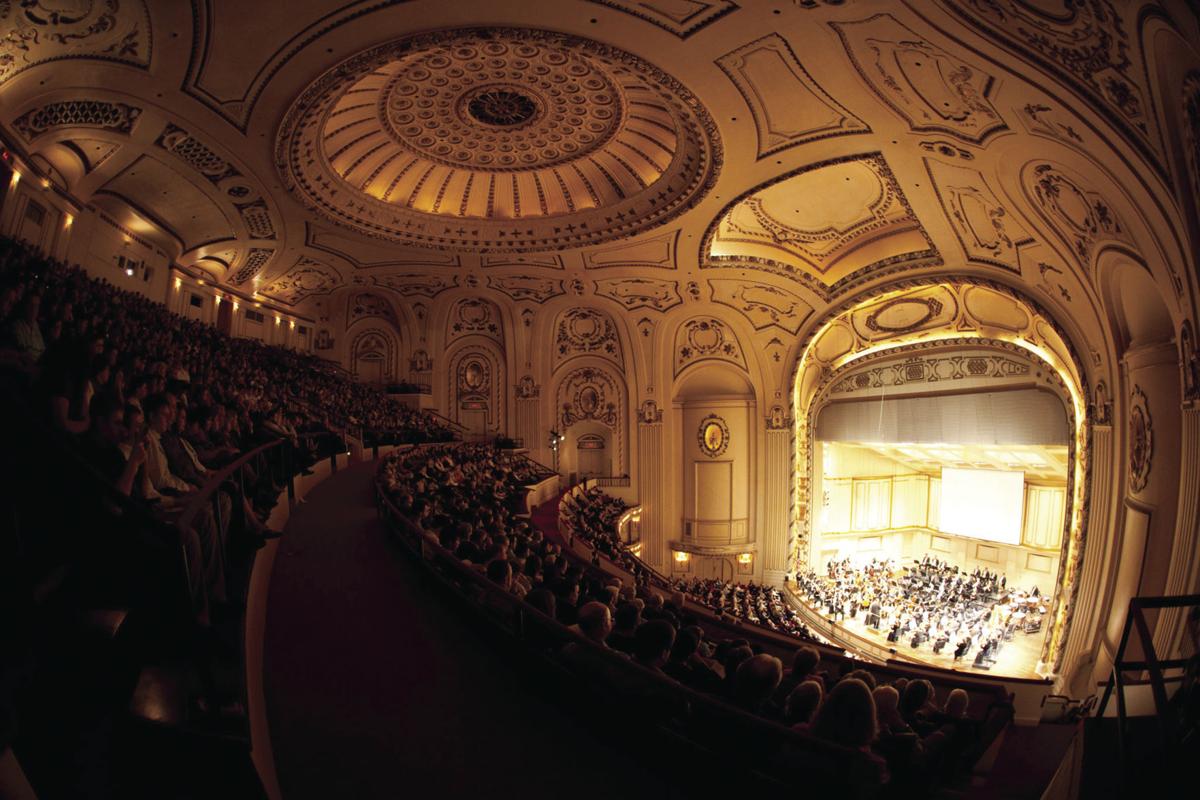 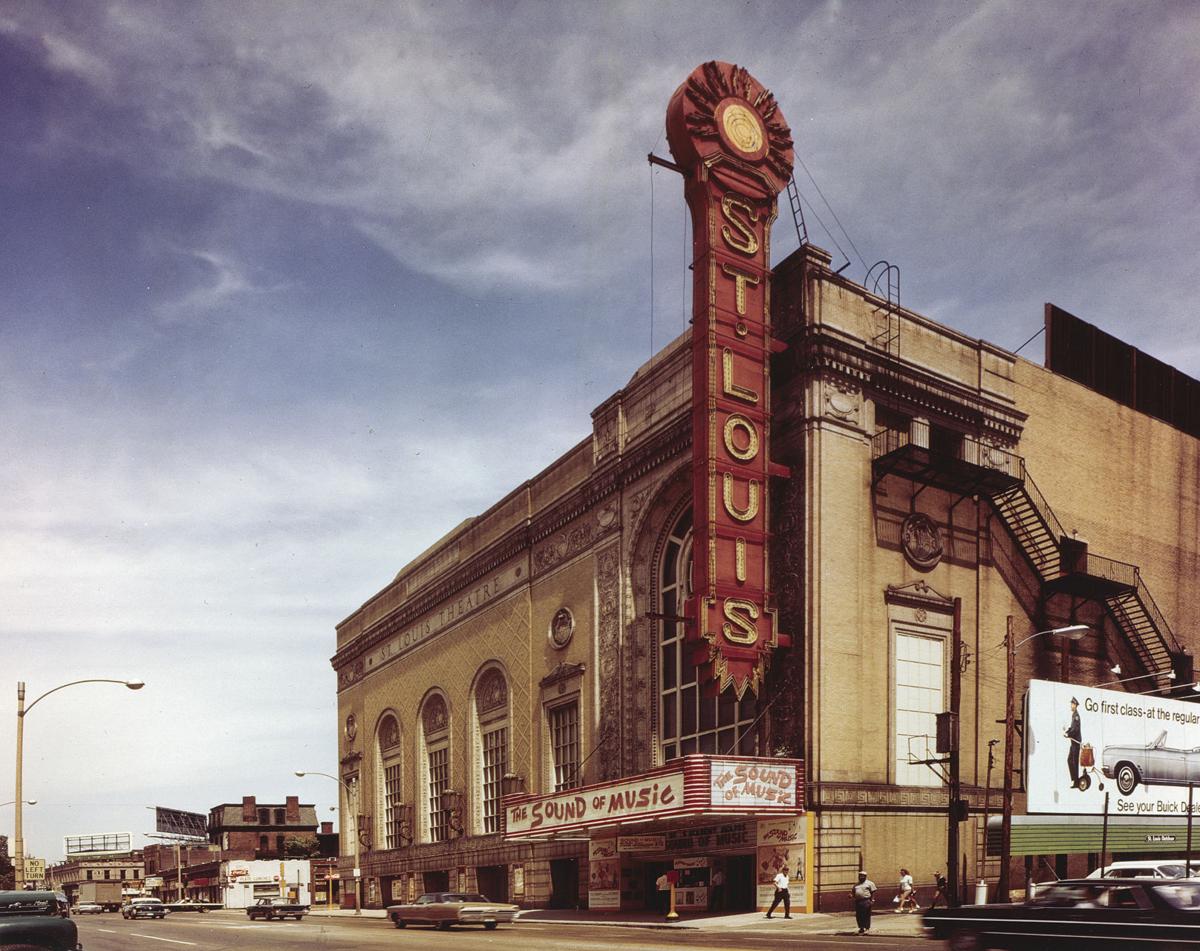 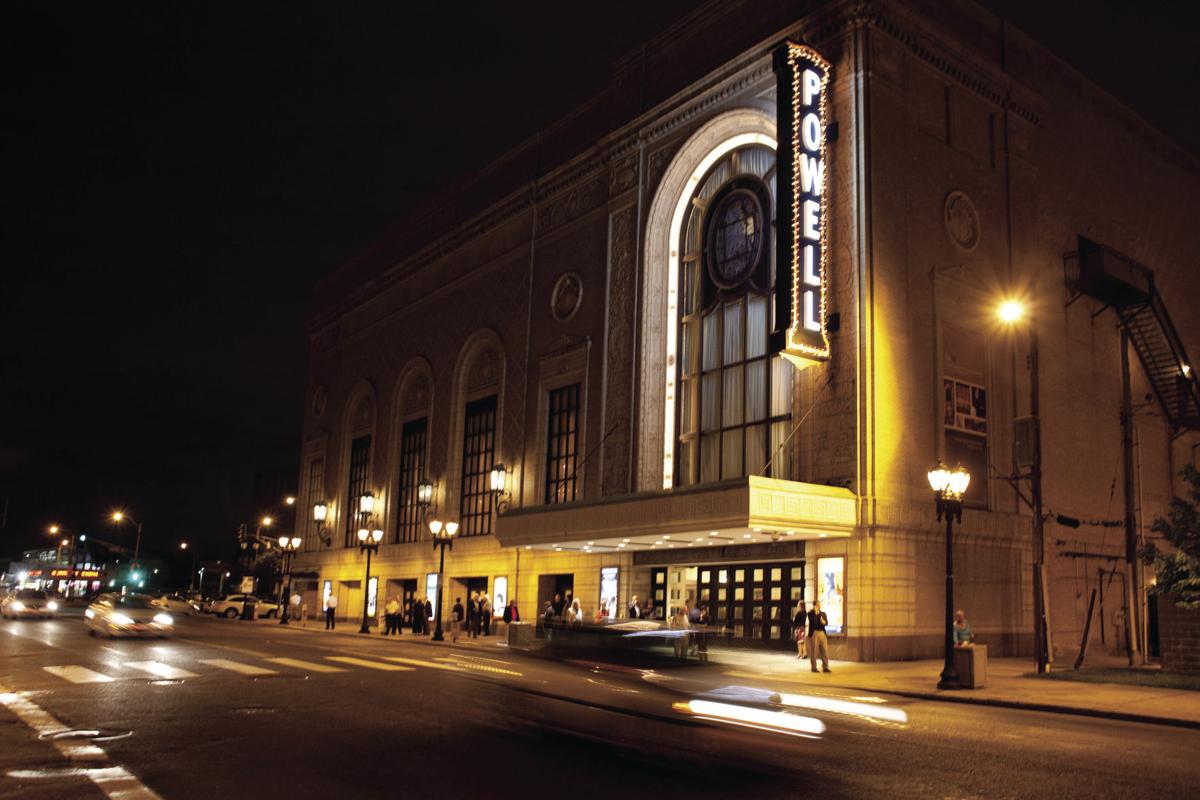 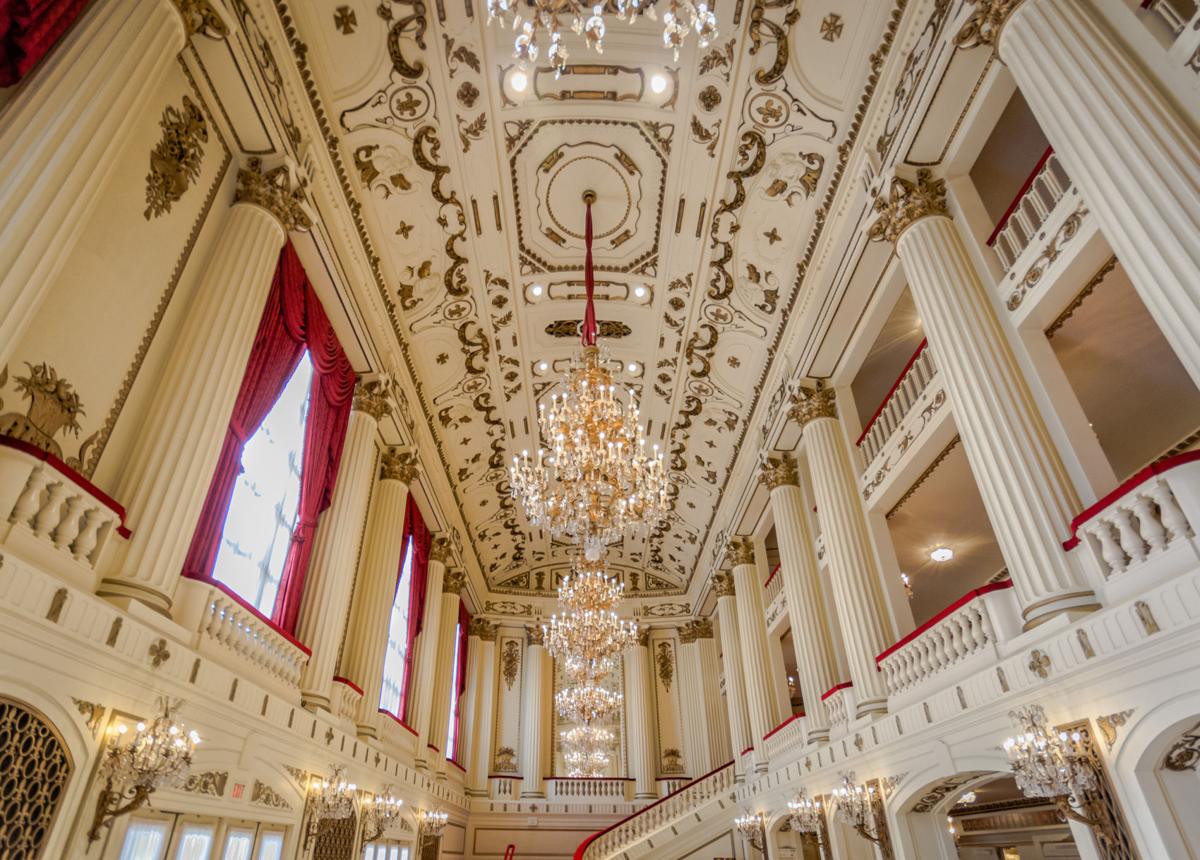