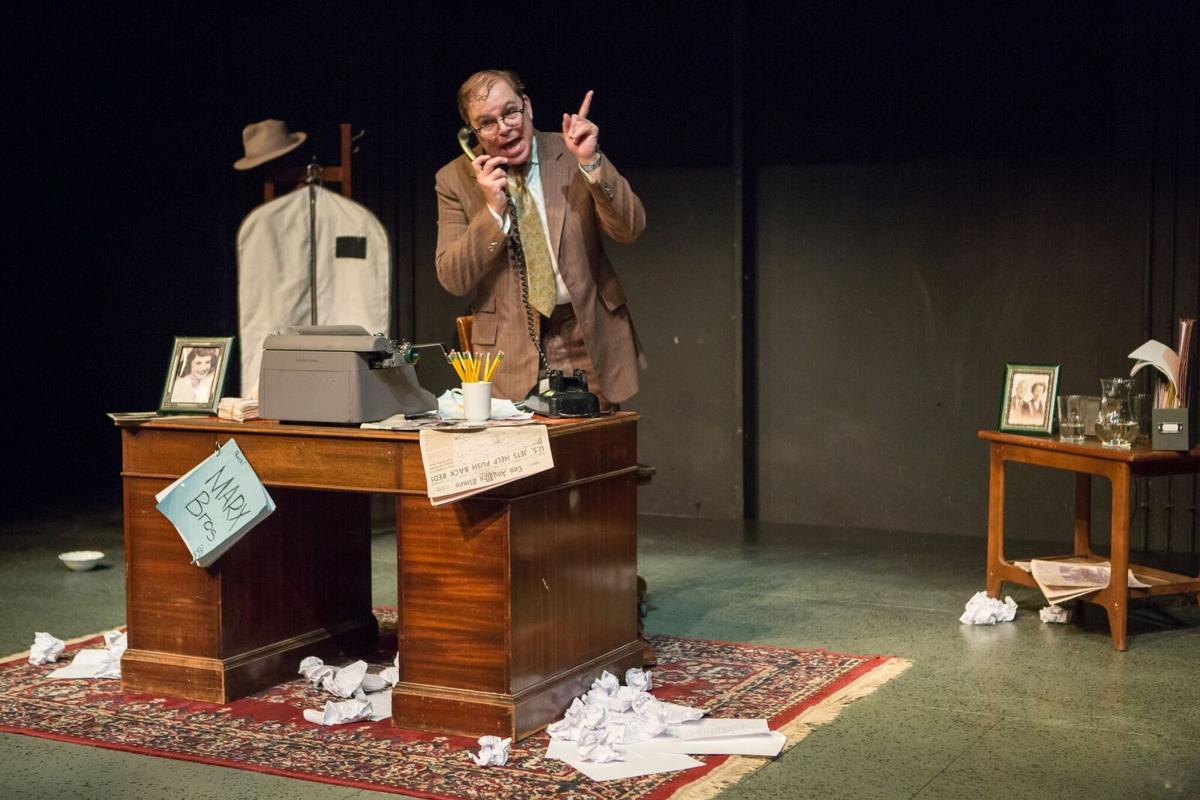 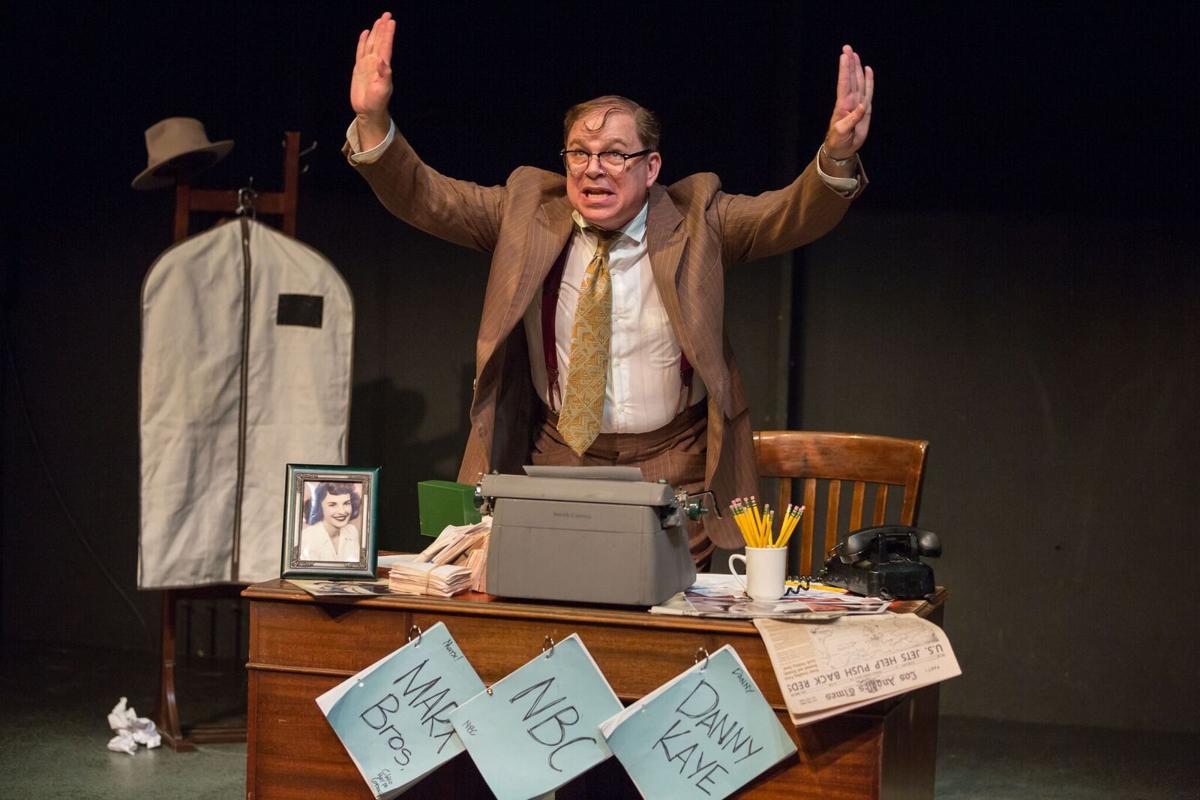 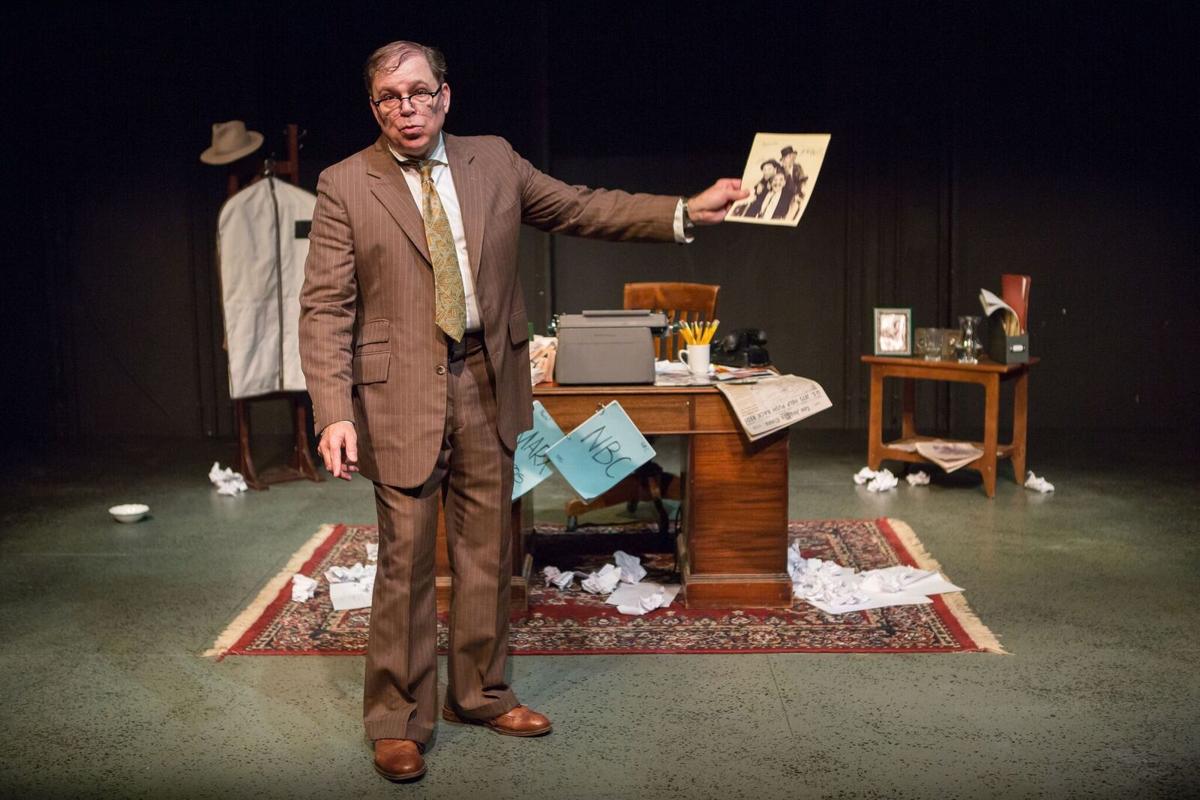 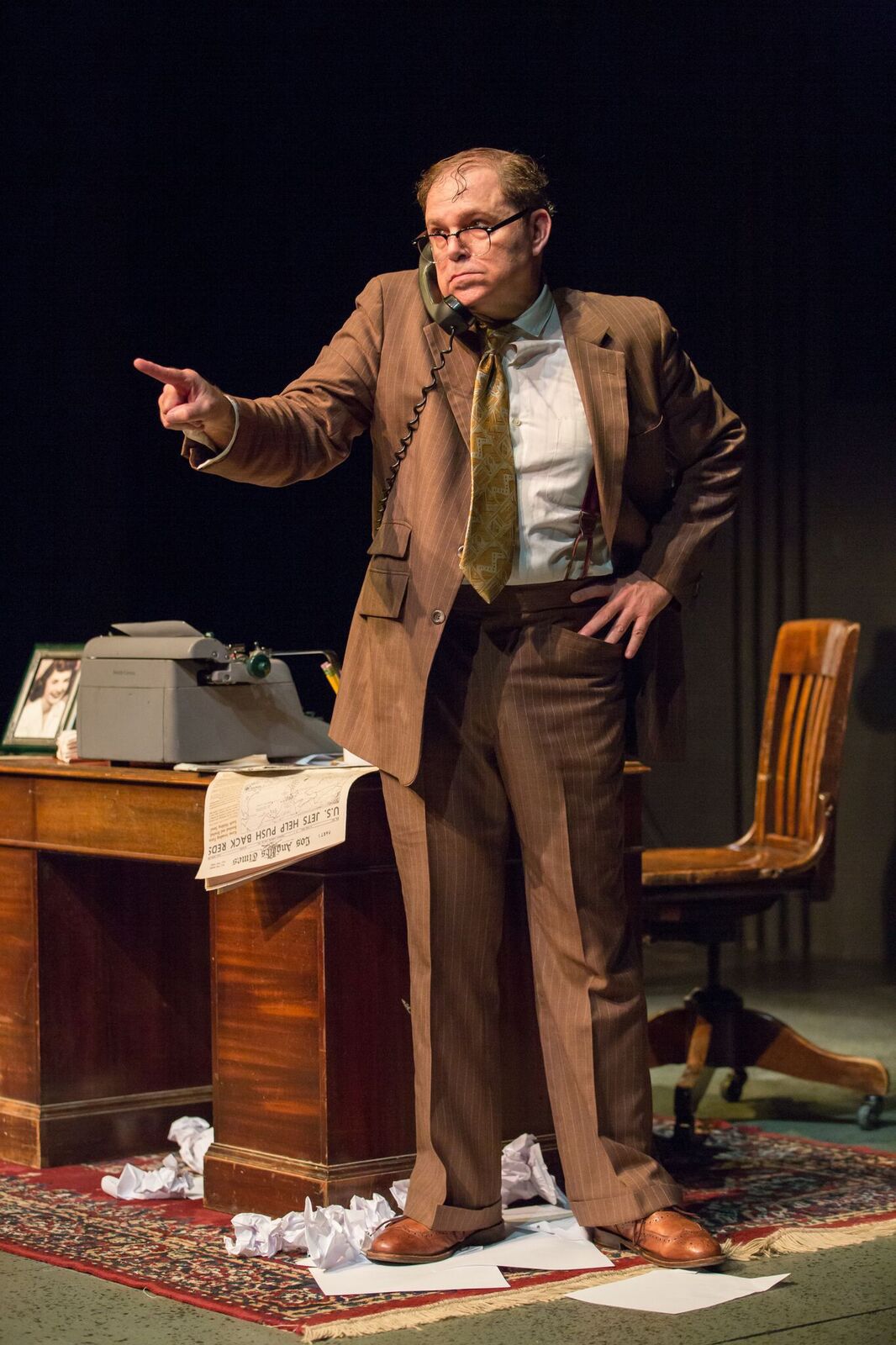 Story: Bernie Lutz isn’t easy to like. He’s constantly on the phone, wheeling and dealing, schmoozing with powerbrokers for assignments as one-half of the comedy-writing team, Lutz and Frumsky. He’s a bit obnoxious and full of himself, feverishly dropping one-liners like chocolates for his listeners while he dabs his sweating brow with his handkerchief.

It’s the early ‘50s, and the 54-year-old Bernie has made a good living in Hollywood since he and Morris Frumsky began their careers in show business as kids in their native New Jersey. They worked their way up from a nickelodeon and vaudeville to performances in the Catskills, the New York Yiddish theater and then into the ranks of comedy writers for the likes of The Marx Brothers, Danny Kaye and NBC, all of whom are awaiting scripts from the talented pair.

This day has started promisingly, as Bernie picks up the tuxes he and Frumsky will be wearing to the premiere showing of the major motion picture, The Big Casbah, for which they supplied the screenplay. Who knows? There could be Oscar nominations, but at the least they’ll be hobbing and knobbing with the pretty and powerful on the red carpet that evening.

Bernie even has sent half a dozen dresses to his beloved wife Ellie to select one to wear for the special occasion. Suddenly, though, there’s a big problem: Red Channels, sub-titled The Report of Communist Influence in Radio and Television, has been published by the right-wing journal Counterattack.

The booklet contains the names of 151 actors, directors, writers, producers, journalists, musicians and others who have alleged ties, past or present, with the Communist Party. Both Bernie and Morris appear on the list for reasons Bernie can’t fathom. When he’s contacted by a local reporter about it, Bernie learns that he is accused of having attended a fund-raiser for a well-known leader in the American Communist party.

Bernie describes himself with a laugh as apolitical and that his office “is a comedy sanctuary.” Indeed, his prized possession is a small box filled with jokes written on index cards, which he keeps at the ready on his cramped, utilitarian little desk.

As the day advances, Bernie learns that the scripts developed by Morris and him are being rejected and that their projects are being canceled at an alarming rate. A friend of a friend gives him the name of an FBI agent who might be able to help the frantic Bernie in his predicament.

Hallelujah! The G-man, it seems, is willing to make a deal with Bernie: Just provide some names of “known communists,” and Bernie can go about his career. Oh, by the way, there’s an extra incentive: Bernie’s knockabout father, a lifetime source of irritation to his son, has a checkered past as well.

The FBI investigator, though, has faith that Bernie will do the right thing. Is it finally time for the yuk-it-up Bernie to take a stand?

Highlights: Phil Johnson delivers a moving and memorable performance in this sobering tale about the ‘red scare’ era of Senator Joseph McCarthy in an astounding one-man performance with a script that is all too uncomfortably contemporary.

Director David Ellenstein matches the sizzling writing with a production that beautifully builds tension in disarmingly subtle fashion before Bernie’s life takes a precipitous dive aboard a runaway train of innuendo. Ellenstein moves Johnson effectively around a fairly barren set which features that tiny desk, a hat rack and a small end table.

The desk and table are filled with Laura Skroska’s wondrous props, including an edition of the Los Angeles Times heralding an American attack on ‘red’ aircraft, doubtless in Korea, as well as a black, rotary-dial phone, a canister filled with pencils and a portrait of Bernie’s wife.

What’s most impressive is Johnson’s emotionally compelling performance. He moves Bernie from a glib huckster who shills cheap jokes with abandon to a desperate man clinging to his life and his livelihood by slowly measuring his own words and what they mean to him and others.

His presentation is highlighted in a heart-rending scene when he describes an early date with his wife and how her response to bigotry and danger affected him. The second-best scene serves as the show’s climax, as the audience gets a measure of who the real Bernie Lutz might be.

A Jewish Joke is both humorous and harrowing. Johnson powerfully displays the good, the bad and the ugly, not only in Bernie but in the American political climate of the 1950s – and today.