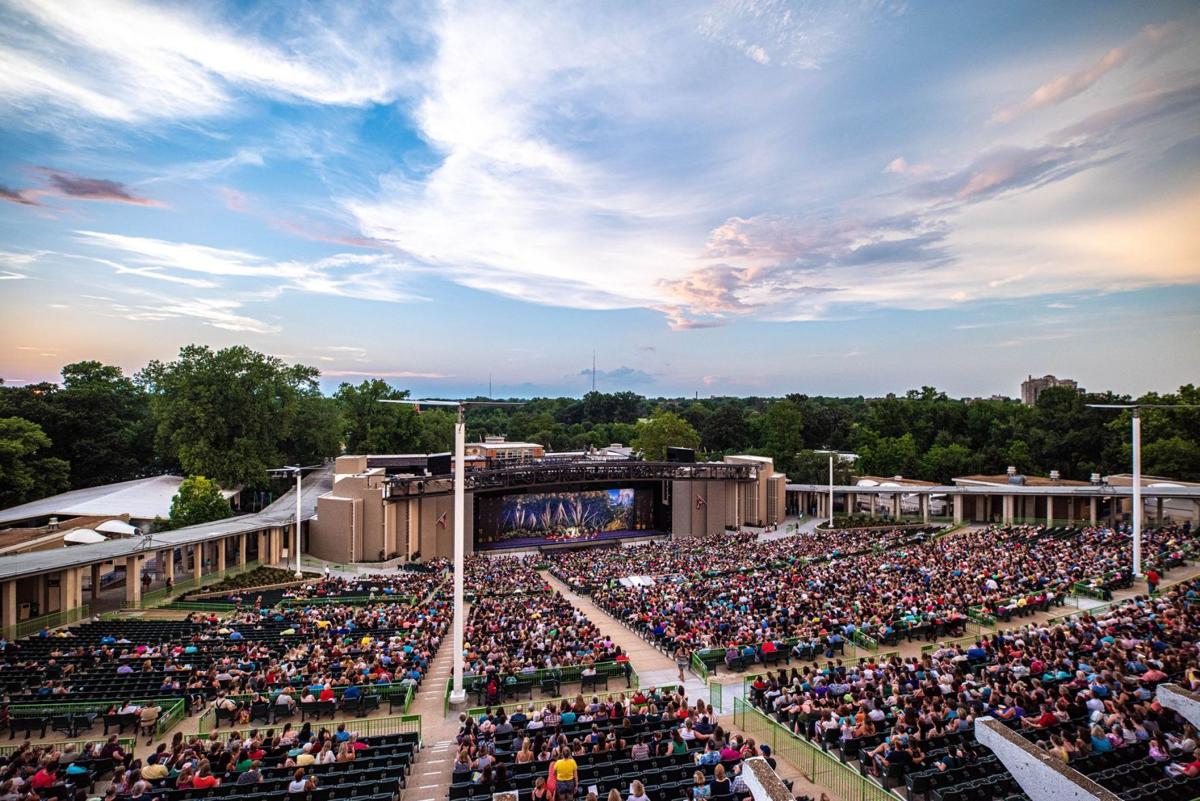 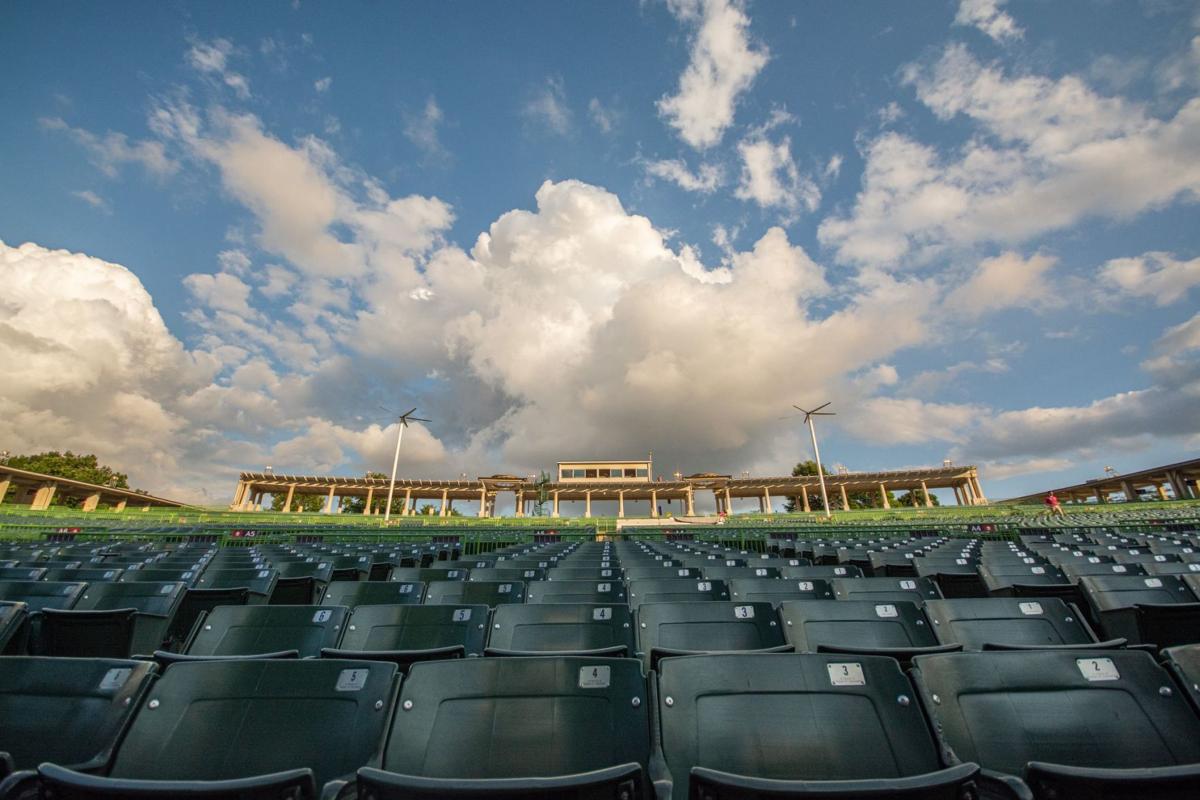 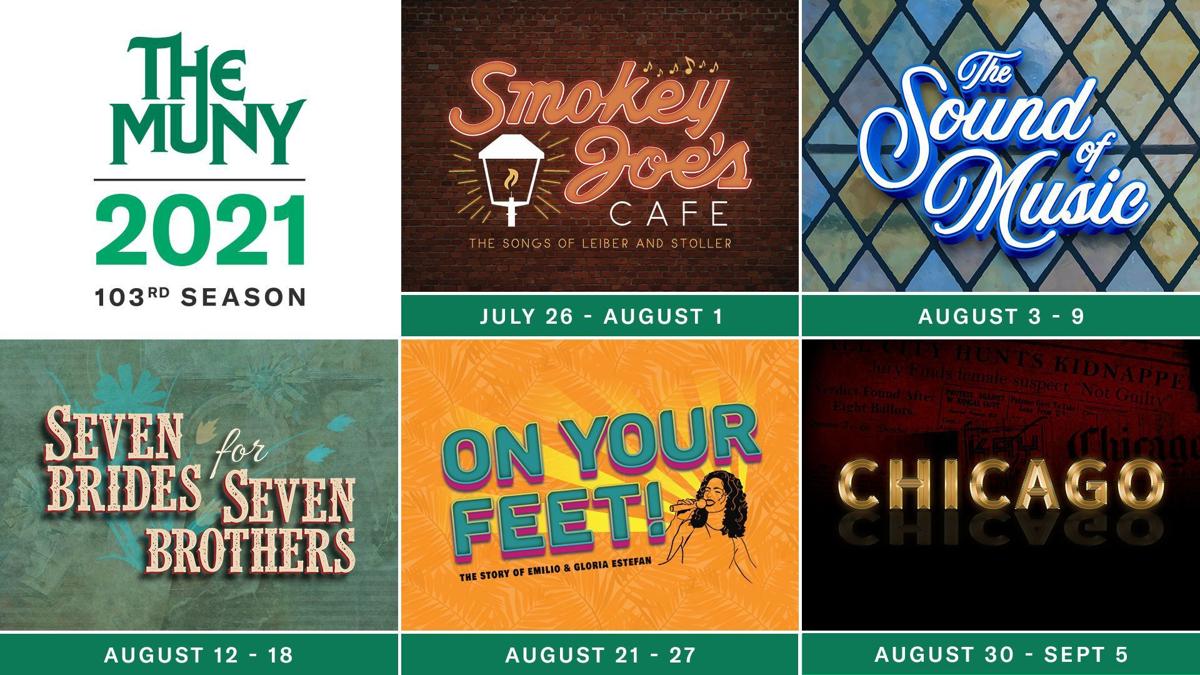 With COVID-19-related business restrictions being lifted both locally and nationally, The Muny is preparing for its 2021 season with some modifications. The traditional seven-show schedule, which originally was slated to start July 5 and include all shows postponed from the canceled 2020 season, has been updated.

The Muny season now is slated to start July 26 and will feature five productions, opening with the jukebox musical Smokey Joe’s Cafe, from July 26 to Aug. 1. That’s followed by the perennial favorite The Sound of Music, from Aug. 3 to 9, and the venerable Seven Brides for Seven Brothers from Aug. 12 to 18.

New to The Muny and next on the slate is On Your Feet!, the jukebox musical based on the lives and music of the husband-and-wife team of Emilio and Gloria Estefan, which runs Aug. 21 to 27. The season then concludes with Chicago, the smash hit by John Kander and Fred Ebb, which opens Aug. 30 and closes the season on Sept. 5.

In May, The Muny had announced a 60 percent seating capacity in the 11,000-seat amphitheater. However, in early June, with the support of the City of St. Louis Health Department, The Muny subsequently stated its 2021 season will take place at full capacity, including the 1,500 free seats available for each performance on a first-come, first-served basis.

Kwofe Coleman – the managing director for The Muny, who will become its president and CEO when Denny Reagan retires at the end of the year – says that with the late summer start, the decision was made to delete two shows from this year’s schedule: Mary Poppins and Sweeney Todd. “Mary Poppins was dropped because vaccinations for young kids are not a thing yet,” Coleman explains, “and with a show such as Mary Poppins, a lot of people want to see it, but a lot of them are kids.

“As for Sweeney Todd,” Kwofe adds, “the size of it is a big production and a new one for us. Coming back after two years, the schedule dictated for us to get down to updated protocols, living day to day with the latest information.” Thus, The Muny deemed it best to hold Sweeney Todd, along with Mary Poppins, until next year, when the theater can fully devote its resources and efforts to mounting a production of a musical as daunting as the former for its initial Muny presentation.

Although seating capacity will not be limited or socially distanced, The Muny “strongly encourages” anyone who has not been vaccinated against COVID-19 to wear a mask at all times while on Muny grounds, except when eating or drinking.

Concession stands, kiosks and other retail transactions will be cashless. Coleman says that the “Culver Pavilion will not be available in 2021, but we will have concession stands and prepackaged food and beverage options.”

New state-of-the-art metal detection scanners will allow patrons to pass through security checkpoints without delays associated with bag checks, and hand sanitizer dispensers will be available throughout The Muny.

As for The Muny staff, Kwofe says the institution intends to hire “800 seasonal employees. We’ll run the house like we normally run it.” After nearly two years since its last full-fledged production onstage in the Forest Park amphitheater, The Muny’s faithful audiences will at long last be ready for musical theater “under the stars.”

The Black Rep opened its 45th season with the local premiere of "Sweat," a Pulitzer Prize-winning drama by playwright Lynn Nottage.