STAGES St. Louis Prepares for Long-Awaited New Season in Its ‘Mini Lincoln Center’
Share this
1 of 3 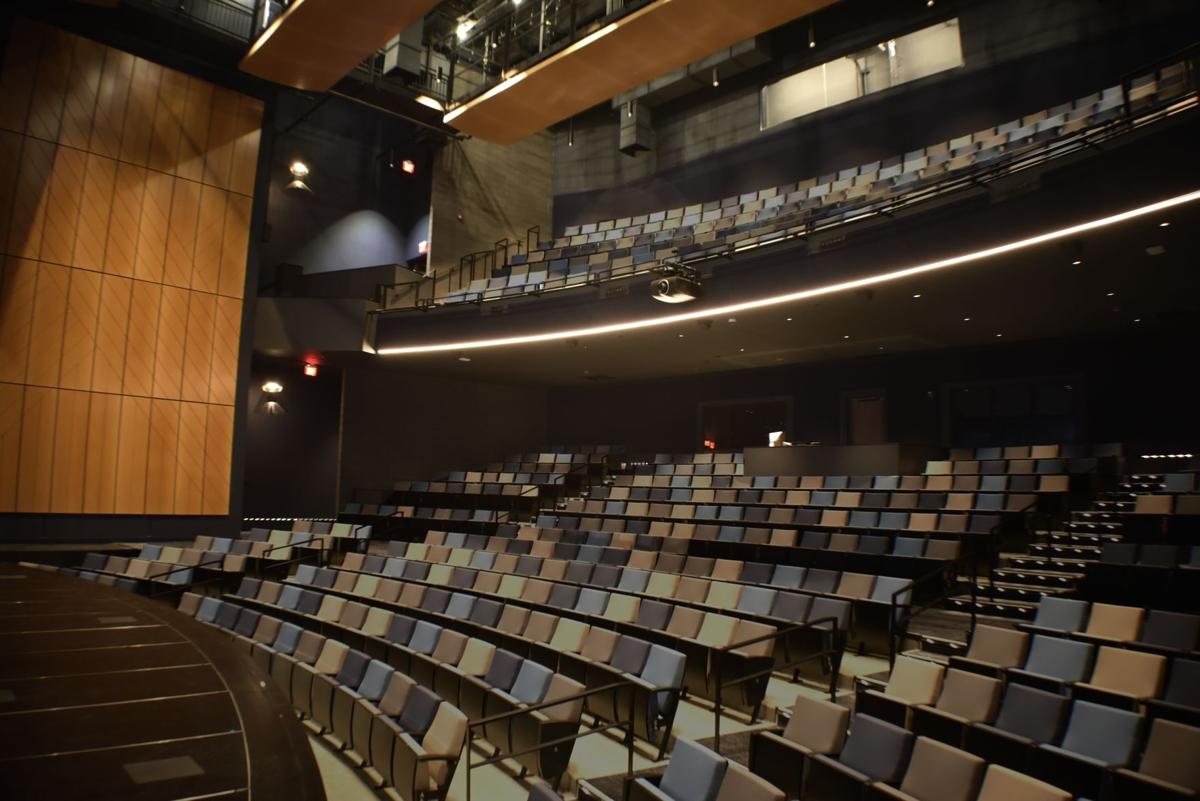 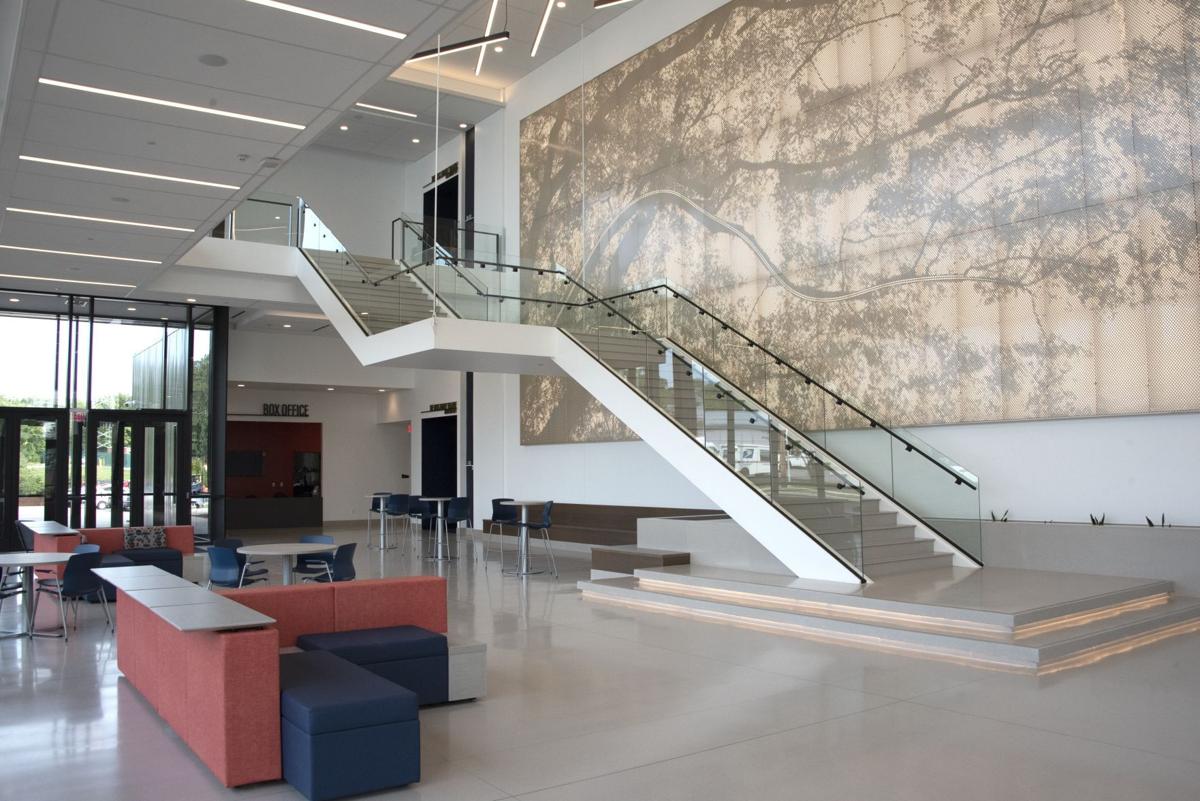 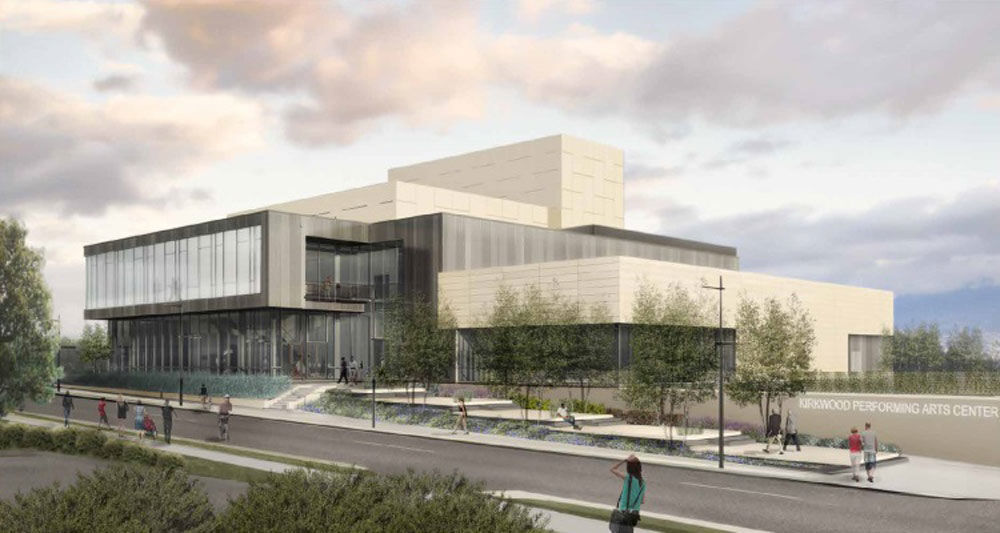 Like every other theater company in town, STAGES St. Louis has been rolling with the coronaviral punches since March 11, 2020, when the COVID-19 pandemic shut down nearly all live performances here and elsewhere. The entire team at STAGES, though, has followed the mantra “The curtain will rise again,” says the company’s associate producer, Andrew Kuhlman.

When that curtain does rise, now scheduled for Aug. 6, it will showcase the luxurious new Ross Family Theatre at the Kirkwood Performing Arts Center. As Jack Lane, executive producer for STAGES throughout its 35-year history, observes: “Four Robert Reims [STAGES’ old home at the Kirkwood Community Center] [could] fit on its stage. It is an enormously exciting opportunity to open this stunning, new facility – very much a heaven on Earth.”

Lane confirms that Kirkwood will have spent roughly $25 million in developing the spacious new facility in the city’s downtown. “[The KPAC] will change the face of the arts in the STL and become a true Midwestern destination,” says Lane, who started STAGES with artistic director Michael Hamilton in 1987. “I am thrilled and humbled by the care the city and its teams put into designing and building this blessed space.”

For now, STAGES’ 35th-anniversary season will consist of just two productions – the wildly popular Always … Patsy Cline from Aug. 6 through Sept. 5 and STAGES’ first presentation of Jersey Boys from Sept. 24 through Oct. 24. “Jersey Boys was made available to us for 2021 only, so we grabbed it,” Lane says. “It is an enormous audience favorite and fantastic entertainment.”

Lane says that both Kirkwood and STAGES “are keeping on top of the ever-shifting St. Louis County and union safety guidelines.” The company will also be sharing its new quarters with other arts organizations, including Kirkwood Theatre Guild, Kirkwood Youth Theatre, Metro Theater Company and Winter Opera Saint Louis.

While STAGES will maintain its focus on musicals, Lane says: “There will be an openness to explore new works, pre-Broadway tryouts, cabarets and plays. The KPAC is so expansive, we feel exploration is key. The entire building is spectacular, truly. The main stage is pure Broadway, and the Black Box will become a true incubation of the arts in STL. I love that space, and the public spaces are just superb. Gorgeous building.”

In recent years, Lane has expanded his theatrical scope to producing Broadway shows, picking up a Tony Award (or three) along the way. With so much more on his theatrical plate, Lane acknowledges that both he and Hamilton have given thought to life beyond STAGES. “There is definitely a succession plan in place,” he says. “As much as I have loved being a part of STAGES, I am anxious to explore many other creative avenues. Michael may plan to slow it all down, but I will keep going once I leave STAGES. And bringing in a new team to run STAGES in the KPAC is a very healthy thing to do.”

Kuhlman, one of the “next generation” of STAGES executives who has worked with the company for 10 years, is thrilled with the potential of STAGES’ new venue. “The new Kirkwood Performing Arts Center is truly a state-of-the-art home for the arts,” he says. “Not only does it include the 529-seat Ross Family Theatre with both orchestra and mezzanine levels, but it is also home to a studio theater, event space and dual-level lobbies. It’s a mini Lincoln Center right here in St. Louis.”

Chris Hansen, the Kranzberg Arts Foundation's executive director, recently shared more with LN about what’s on tap under The Big Top this year.

Proper afternoon tea can be an oasis in an otherwise fast-paced and stressed-out lifestyle. Learn more from local experts at The London Tea Room and Mary Ann’s Tea Room.

“Kids and kids at heart will be able to take in the sights, smells and sounds of the Sensory Garden, scramble over boulders, crank a water pump into a spring ... and so much more," says the president and executive director of Forest Park Forever.

Winter Opera Saint Louis triumphantly returns to a local stage for the first time in more than a year with a polished and beautiful rendition of this one-act tragedy by Giacomo Puccini.