A press release from the center characterizes that communitarian project as “a large-scale, site-specific, participatory installation” potentially involving more than a single responding artist and climaxing the center’s multiyear Create Our Future campaign. The expansion of the center’s campus, meanwhile, seeks “to scale COCA’s impact and serve the St. Louis community as a house of the people.”

“The expanded campus is such a signal of hope – for the future of the arts and artistic expression – not just for COCA, but for the entire community,” says Shawna Flanigan, the center’s director of arts education and new program development. “This is just what we all need right now.”

With a total budget of $15,000, “Common Ground” initially involved an open call for no-fee applications through Aug. 7, with a final judgment three weeks after that and a public announcement of the results on Sept. 10.

With work on the project scheduled to begin Friday, Sept. 25, “Common Ground,” theoretically, will involve student artists and community participants and will run through Nov. 15. The project will occupy a place of prominence in the two-story Centene Commons in the expansion’s Ferring East Wing, co-designed by the Clayton architectural firm of Christner Inc. and St. Louis’ multivalent Axi:Ome.

Amenities in that new wing, according to the center’s website, include a state-of-the-art theater seating 450, named in honor of St. Louis’ Berges Family Foundation; a 4,600-square-foot multidisciplinary studio space; community space throughout to create a more welcoming environs for visitors; and a designated, safe, accessible drop-off/pickup point to counterpoise garage and street parking.

“Through the open call, COCA is sharing the celebration of the opening with artists, hoping that they will be inspired and will inspire us,” she says. “The response has been just what we hoped for – imaginative, creative and diverse. The range of responses was fantastic.”

According to the center’s press release, the collaborative jury selection for “Common Ground” involved a seven-person panel of art and design professionals and community representatives, whom Flanigan identifies as Adrienne Davis, Shereen Fischer, Steve Knight, Bob Millstone, Yvonne Osei and Heather Woofter, in addition to Flanigan herself.

The many respondents to the open call hailed not only from the metro area, Flanigan relates, but also “from other parts of the state as well as one from Austin, Texas.”

She continues by lauding the collective diversity of the submissions for “Common Ground.”

“We were very intentional in our call, to leave a lot of room for artistic interpretation and input,” Flanigan says. “The responses were exactly what we were hoping for. The creative thinking and expression is just amazing, with a range of mediums and media that reflect such a variety of interpretation of our prompt.”

She then wryly mentions the difficulty of making a decision in the matter, while expressing delight at one particular aspect of the submissions in general.

“The artists were asked to include a participatory element, so that as small groups of visitors begin to tour the new spaces in September, they can pause and take part in the creative process,” Flanigan notes. “The artist response to that part of the challenge was really striking.”

Ironically, at a time when COVID-19 has shattered the status quo here, there and everywhere, the center’s project, by design, seeks to supplant “business as usual” in matters like this, Flanigan comments.

“A traditional ribbon-cutting is a stand-alone, one-time event,” she says. “‘Common Ground’ is a celebration of what COCA’s community has built – an accessible, central place for the entire community to connect through the arts.” 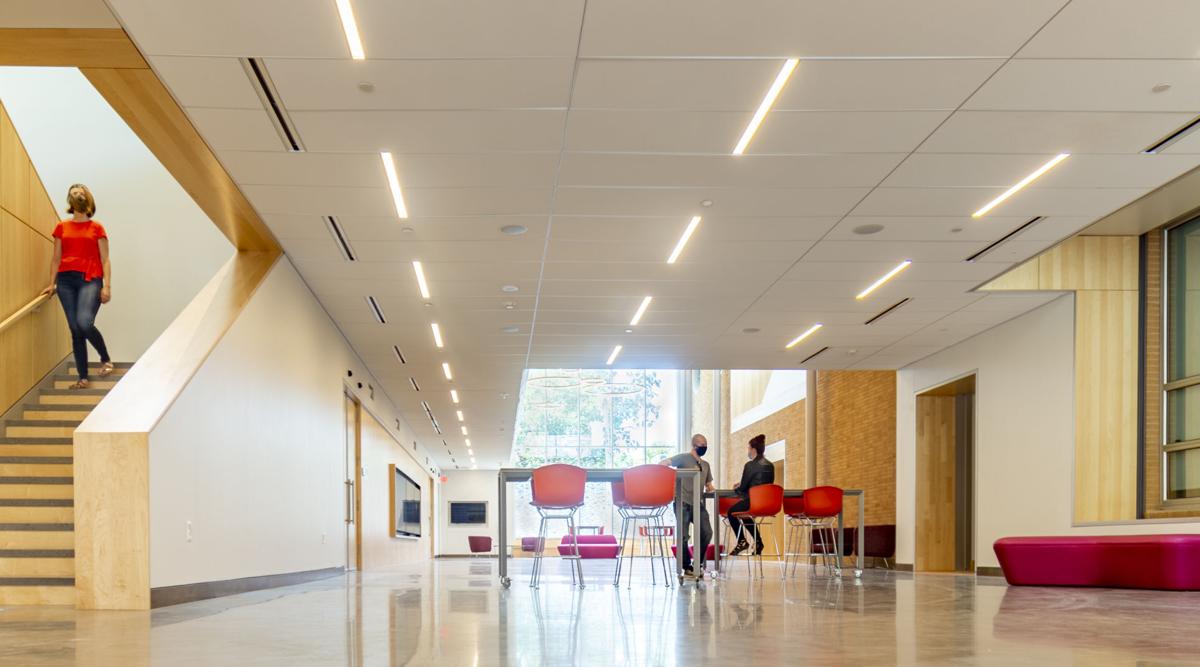 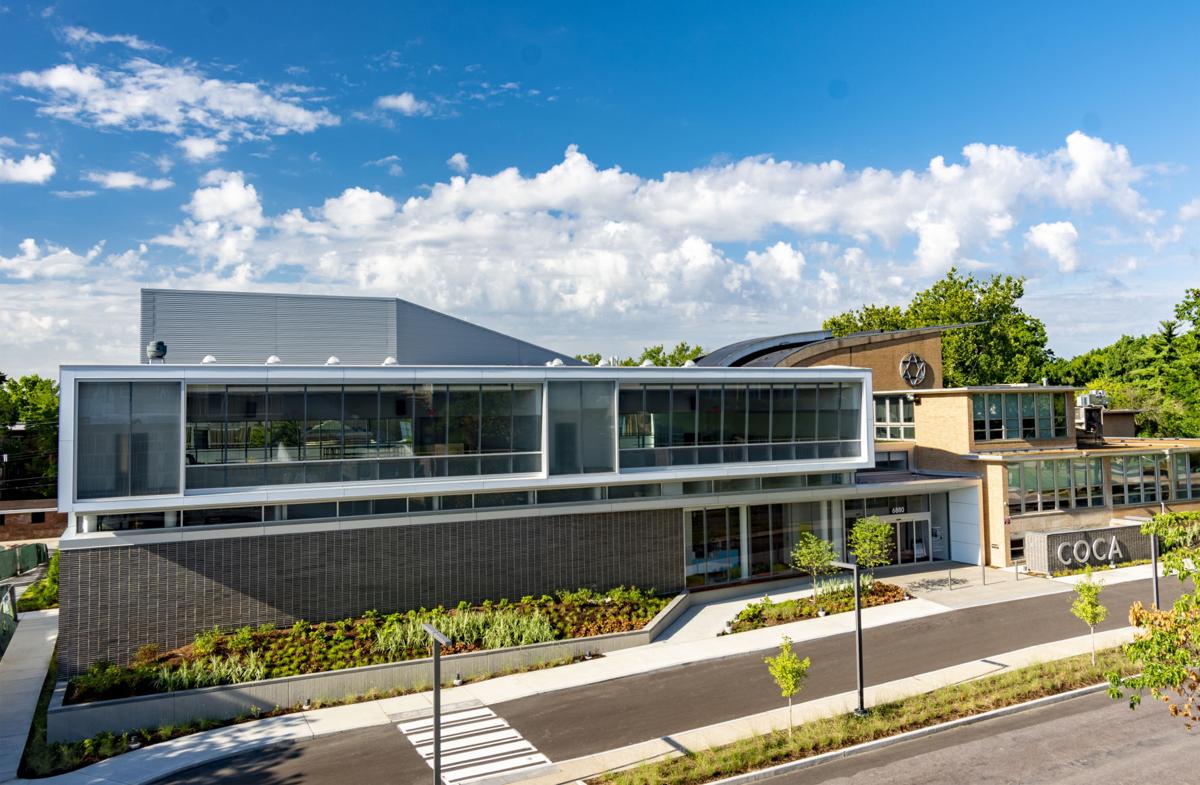 COCA’s new Ferring East Wing, positioned in the foreground, and the mid-century Kuehner West Wing, which has served as COCA’s home since 1986, make up COCA’s newly expanded campus.