Review: Opera Theatre of Saint Louis Celebrates the Season with Festive Virtual Concert
Share this
1 of 2 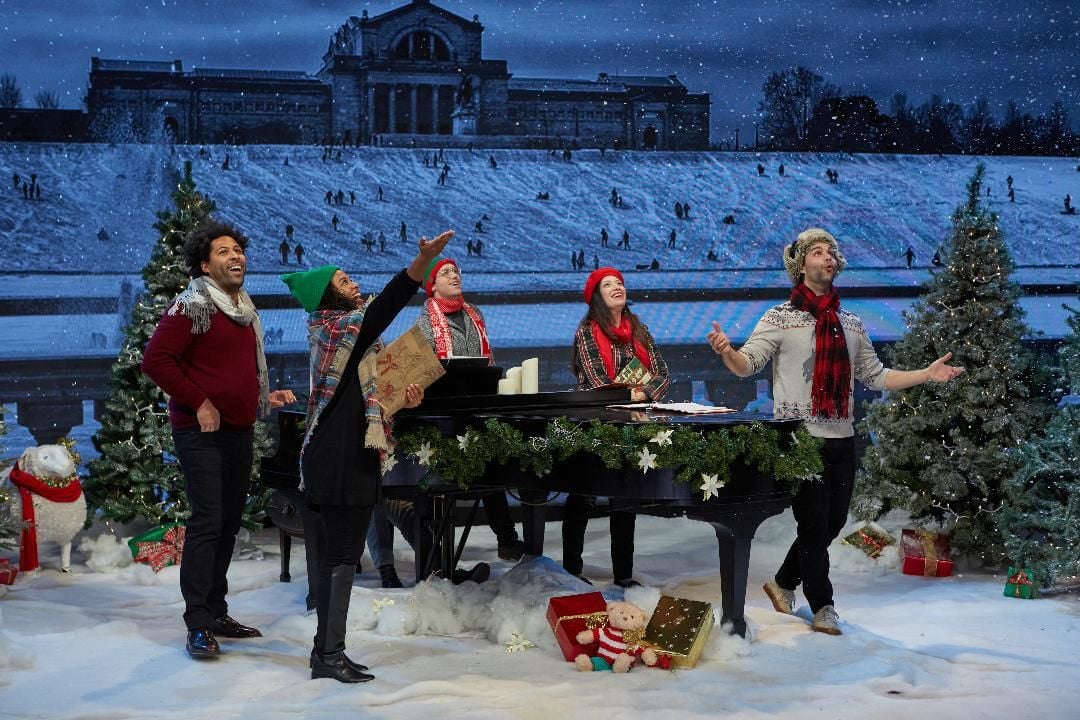 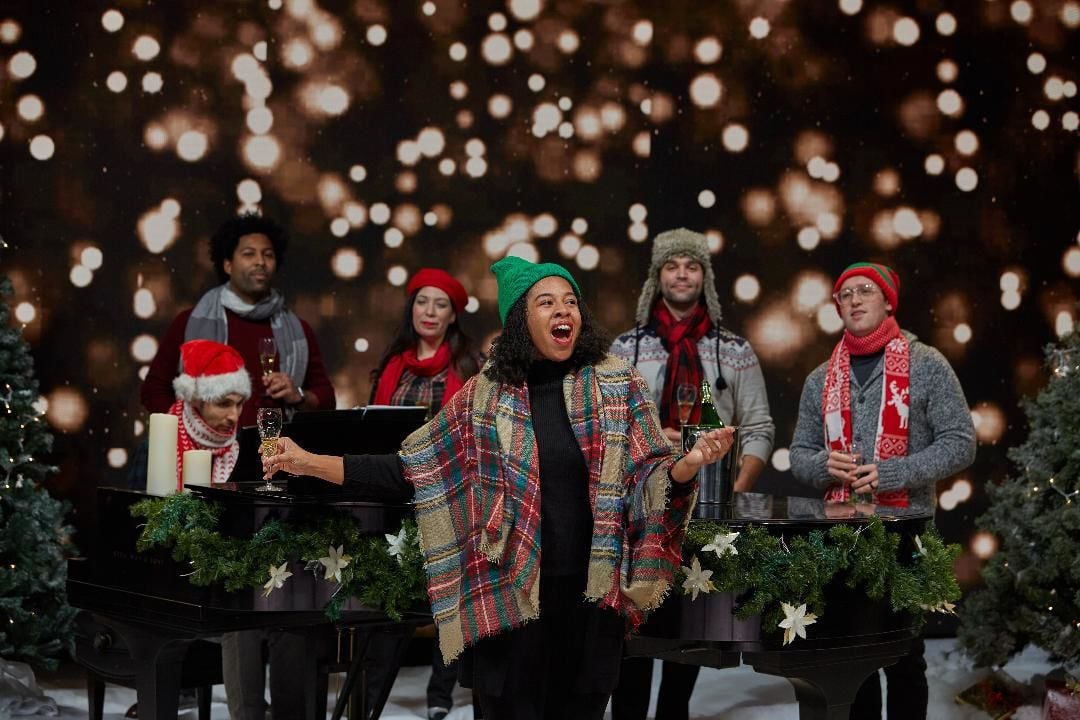 Tickets: Free for donors, $15 for general public; purchase at opera-stl.org/holiday-concert

Highlights: James Robinson, Opera Theatre of Saint Louis artistic director, leads a sextet of OTSL young artists in a bright, festive hour of holiday tunes both sacred and secular, with a steady stream of merriment to underscore the uplifting nature of the performance.

Other Info: Five singers gather onstage around the piano, which serves as the centerpiece of the set. Pianist Mauro Ronca sets the tone for the gathering as he begins the melody for the traditional “Carol of the Bells” to begin the 53-minute performance.

Props master Meg Brinkley ensures that there are a suitable number of Christmas trees onstage, with sundry wrapped presents, both under the trees and strewn about the stage. Lighting designer Hans Fredrickson underscores video designer Greg Emetaz’s colorful backgrounds, which range from a snow-filled sky to glowing lights to a picture of people on sleds enjoying an outing on Art Hill in Forest Park to the cheerful lyrics of “Let It Snow.” Eric Woolsey serves admirably as video coordinator.

The concert is divided roughly into three segments, beginning with the “sacred section” featuring such familiar numbers as “Hark! The Herald Angels Sing,” “God Rest Ye Merry, Gentlemen,” “Joy to the World,” “Silent Night” and others.

That’s followed by holiday favorites such as “The Twelve Days of Christmas” and “Let It Snow.” The third part is a delightful series of light operatic tunes from works including “La Traviata” and “Die Fledermaus,” before the singers return for more holiday songs, such as “Have Yourself a Merry Little Christmas” and “White Christmas.”

With their colorful “carol books” in hand, the singers are put briskly through their paces in earlier numbers under Robinson’s quick cadence, sometimes a little too much so as in the case of “The Twelve Days of Christmas.” However, the real highlights in the concert are the multiple moments each singer is given in the spotlight, richly rewarding both for performer and audience.

Sanchez, e.g., sparkles on her warm, carefully measured reading of “Have Yourself a Merry Little Christmas,” while Taylor’s splendid baritone conveys the power behind “Go Tell It on the Mountain.”

Riley delivers the romance and optimism inherent in the holiday ballad, “Let It Snow,” while Rosen and Taylor blend smoothly together, along with Johnson, as the trio of male singers take turns on lead and then join in unison on verses of “We Three Kings of Orient Are.”

Johnson has much fun as he leads the troupe on the operatic “Dein ist mein ganzes Herz” from Franz Lehar’s The Land of Smiles and also leads the performance of “Brindisi” from Verdi’s La Traviata. Rosen’s smooth bass then kicks off an entertaining reading of the “Champagne Song/Sing to Love” from Johann Strauss II’s Die Fledermaus.

The concert is available for viewing throughout December at Opera Theatre’s website. It’s free for donors, but the $15 price of admission for anyone else is a bargain to boot, considering the opportunity to hear such wonderful voices singing a combination of beloved holiday tunes and light albeit famous operatic songs, as well.