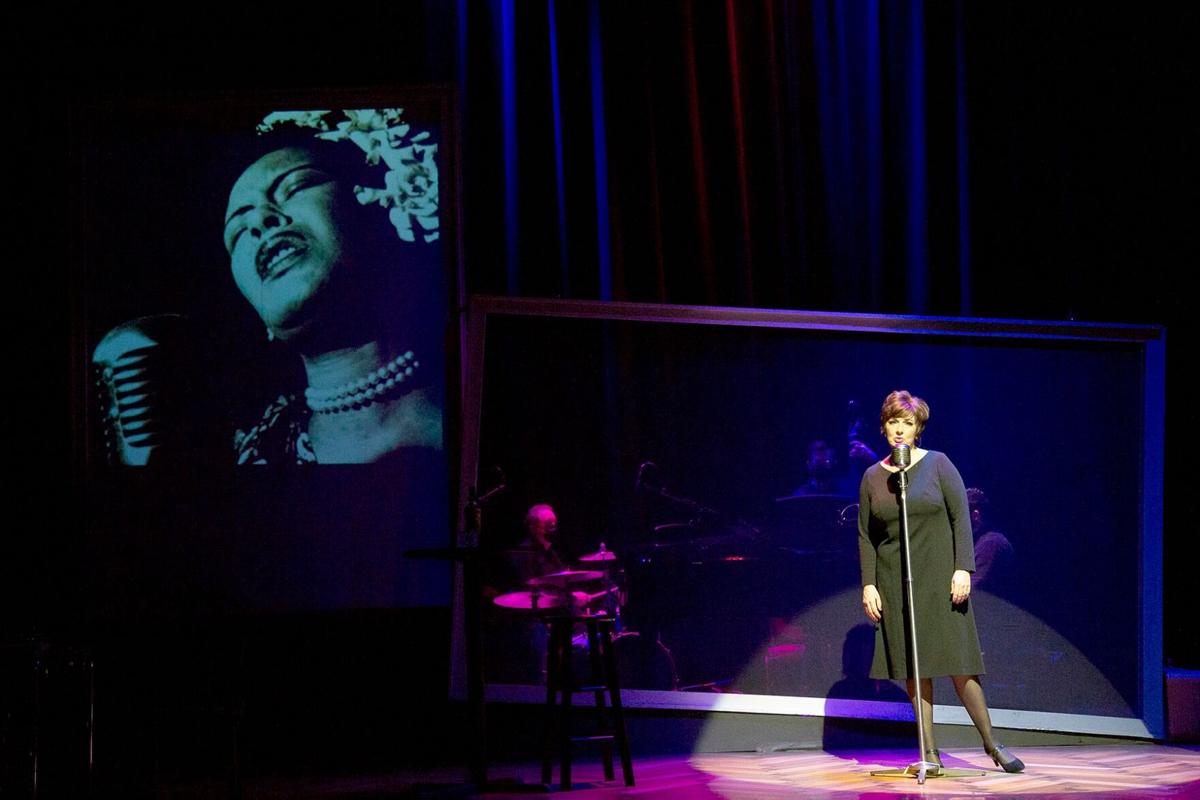 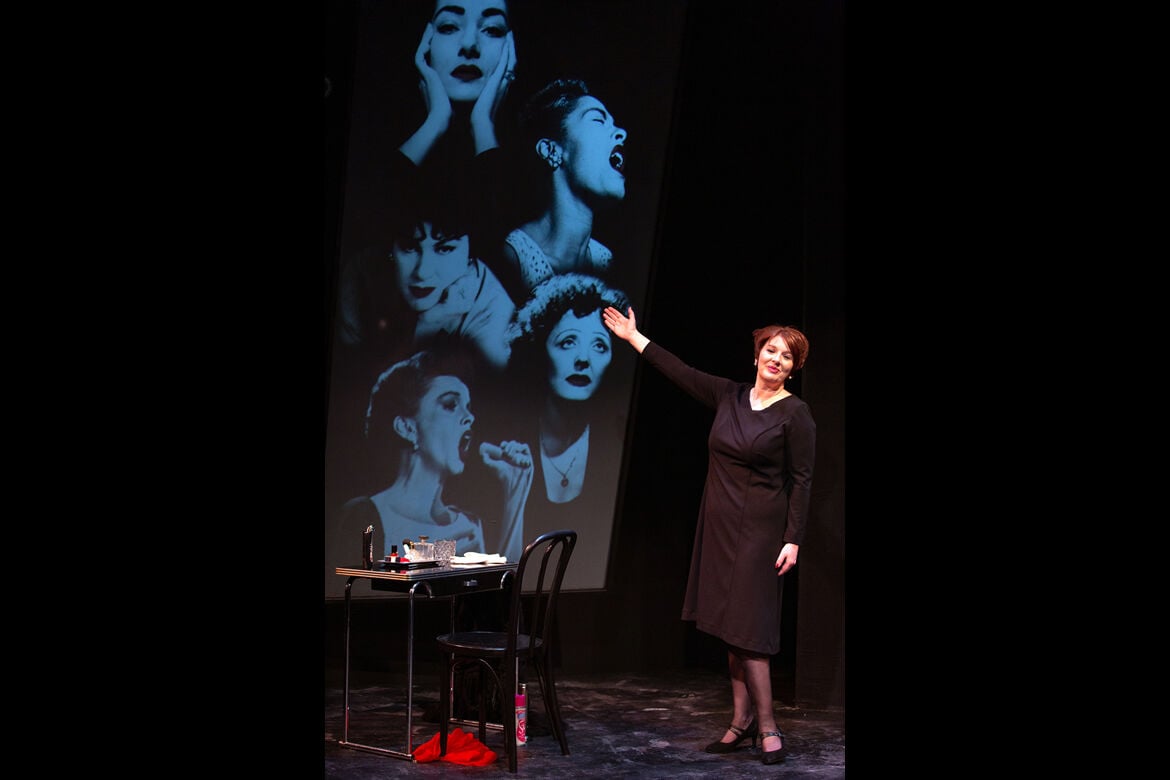 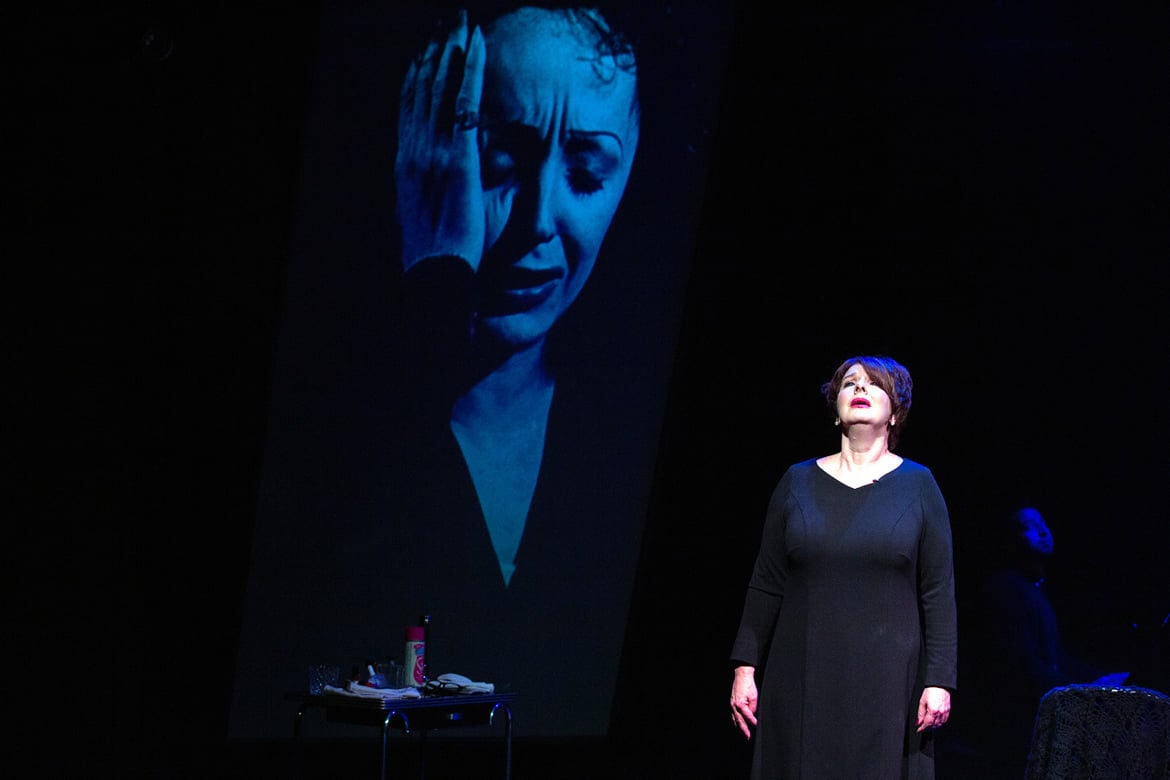 Highlights: Debby Lennon is a force of nature as both an actress and a singer, reprising her 2020 bravura performance for Max & Louie Productions in the star-making one-woman show “Songs for Nobodies.”

Story: Five different women share their reminiscences about a quintet of legendary female performers, each recalling a little-known anecdote about the various stars in personal, one-on-one meetings.

A washroom attendant named Beatrice Appleton relates how she met movie legend Judy Garland when the latter used the fancy women’s restroom in a swanky New York City hotel. Beatrice was a big fan and was elated when she experienced first-hand how accessible Frances Gumm could be.

Pearl Avalon enjoyed her role as an usher in a Kansas City concert hall, revealing how she herself liked to sing a good tune. When country music superstar Patsy Cline appeared there at a benefit concert, the latter was delighted to hear Pearl’s more-than-adequate voice, so much so that she had Pearl join her onstage during her performance.

Edie Dellamotte, a British librarian who visits France every other year, warmly recalls the night she met renowned French cabaret torch singer Edith Piaf and how the diminutive chanteuse cast such a large presence. A fashion writer for “The New York Times” nicknamed Too Junior Jones describes what it was like when she interviewed trendsetting jazz singer Billie Holliday for a story which changed her own career.

Completing the five “nobodies” is a randy Irish nanny named Orla McDonagh, who is along for the ride on a cruise ship in the Mediterranean Sea where the tempestuous affair between opera diva Maria Callas and wealthy, lecherous Greek shipping magnate Aristotle Onassis becomes more flagrantly open. Callas demonstrates how her larger-than-life personality and soaring soprano shaped her famous performances.

Five unforgettable stars recalled by a quintet of ordinary folks, as the latter tell their fond tales about “Songs for Nobodies.”

Other Info: Playwright Joanna Murray-Smith’s affecting paean to the connections between stars and their fans was written originally to be performed by Australian singer Bernadette Robinson more than a decade ago. Robinson later took the show on a triumphant run in London’s West End.

Robinson’s performance was widely lauded, but Lennon need not take a back seat to anyone. With expert guidance by dialect coach Joanna Battles, Lennon convincingly adopts the nasal tones of New Yorker Jones as easily as the clipped Irish brogue of McDonagh or the English refinement of Dellamotte.

Thanks to the studied dedication of director Pamela Hunt, Lennon’s acting is natural and persuasive, providing an easy segue into her accomplished turns as the various singers. She has an easy way with the down-home stylings of Cline (although her speaking voice is noticeably lower than those of actresses who have played the singer in “Always … Patsy Cline” at STAGES St. Louis), as evidenced on “San Antonio Rose” and “Crazy.”

She can also shape a pair of French ballads in the guise of Piaf as well as inhabit the soul and sound of troubled blues singer Holliday or the cinematic pop of Garland on “Come Rain or Come Shine.”

Lennon saves the best for last, though, with her inspired and stunning interpretation of Puccini’s aria “Vissi d’Arte” from “Tosca” as legendary opera star Callas. It’s a startlingly sensational rendition that should leave the audience wanting more from the one-act production.

She sets up each of the five segments with a fully convincing and witty shaping of the unknown women before giving us a taste of the lusty personalities and professional stylings of each singer.

Lennon’s performance is invaluably enhanced by music director Nicholas Valdez at the piano, Jake Stergos on bass and percussionist Adam Kopff, all of whom are strategically situated behind a curtain on scenic designer Dunsi Dai’s spare set. The stage is dominated by large photos of the various singers, which loom above, thanks to projection designer Kevin Bowman.

Much credit goes to director Hunt, who maintains an easy, comfortable flow to the proceedings. Whether it’s Holliday rasping about social injustice in “Strange Fruit” or Piaf’s cabaret telling of “Non, Je Ne Regrette Rien,” Lennon’s superior performance in this show ends all too soon.