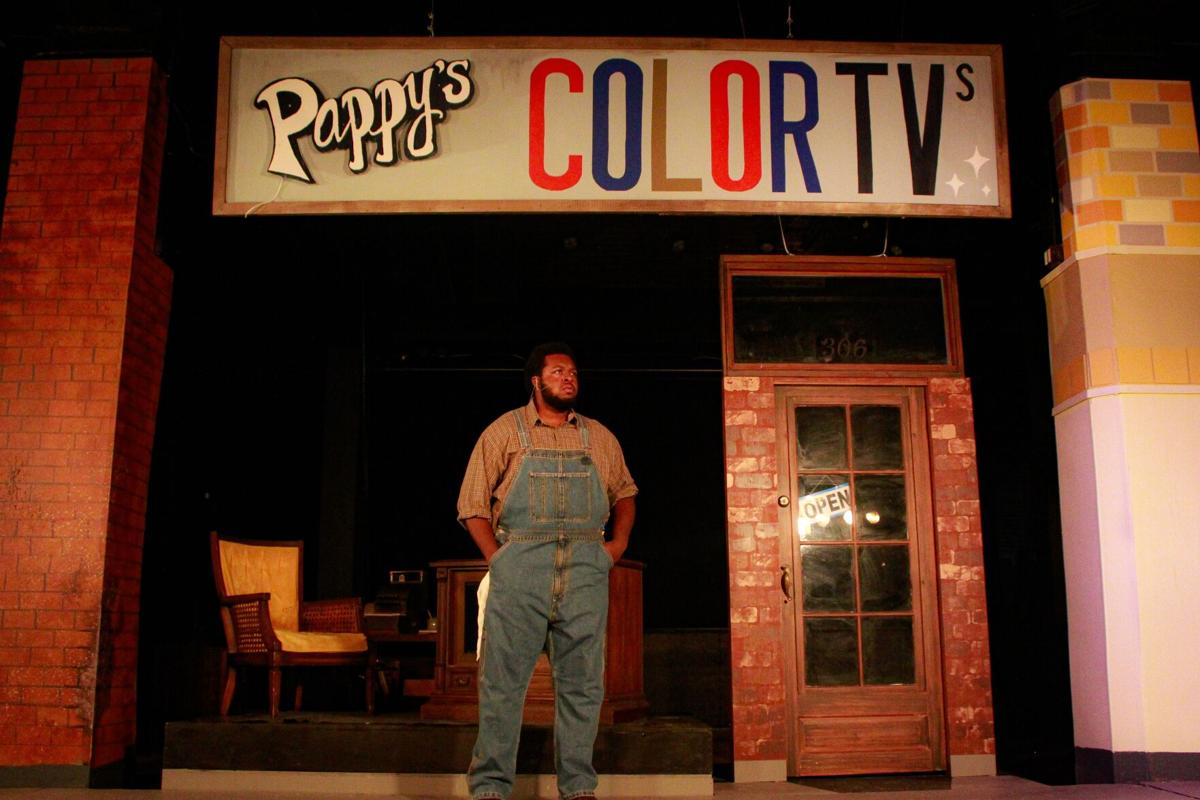 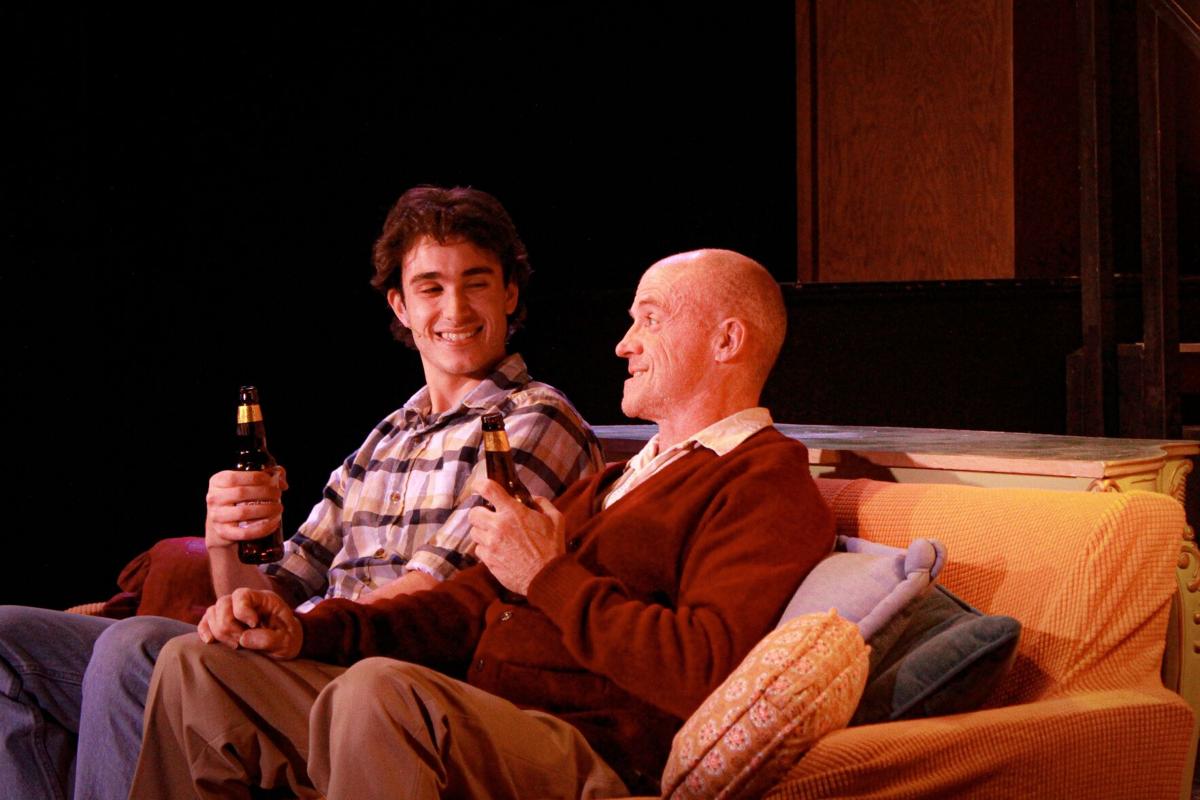 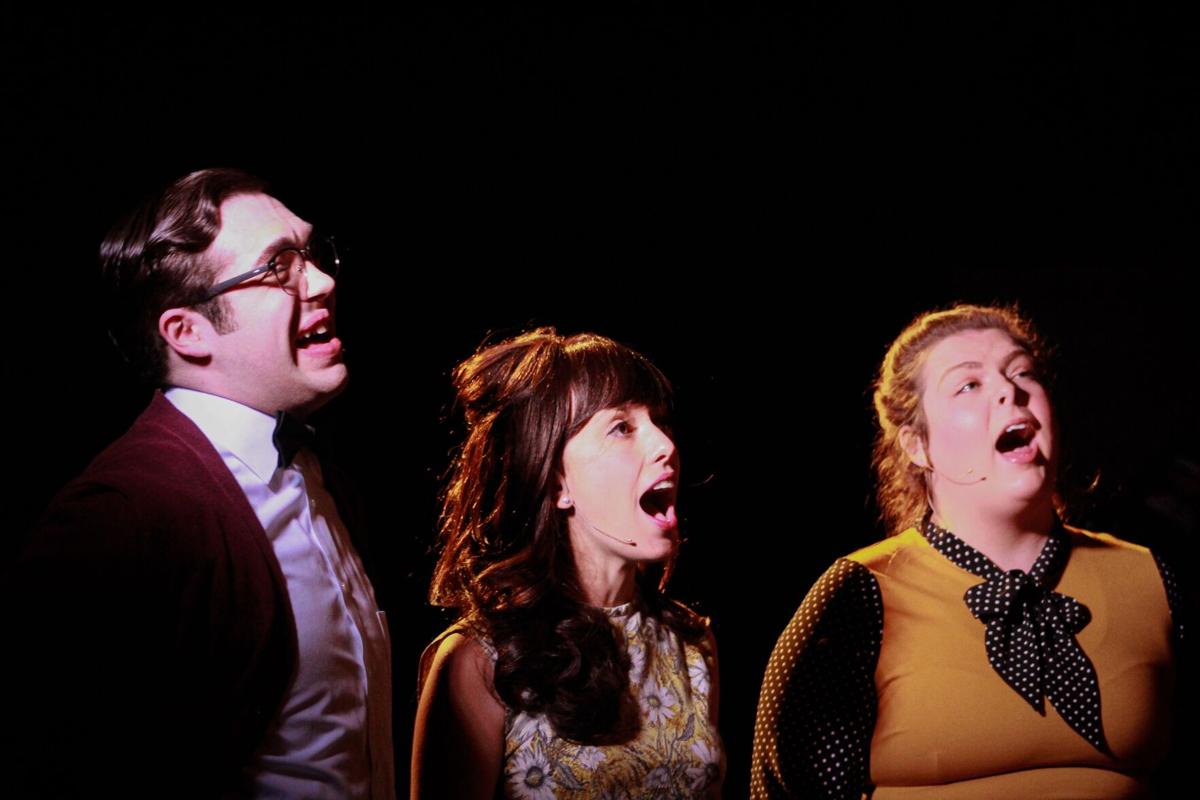 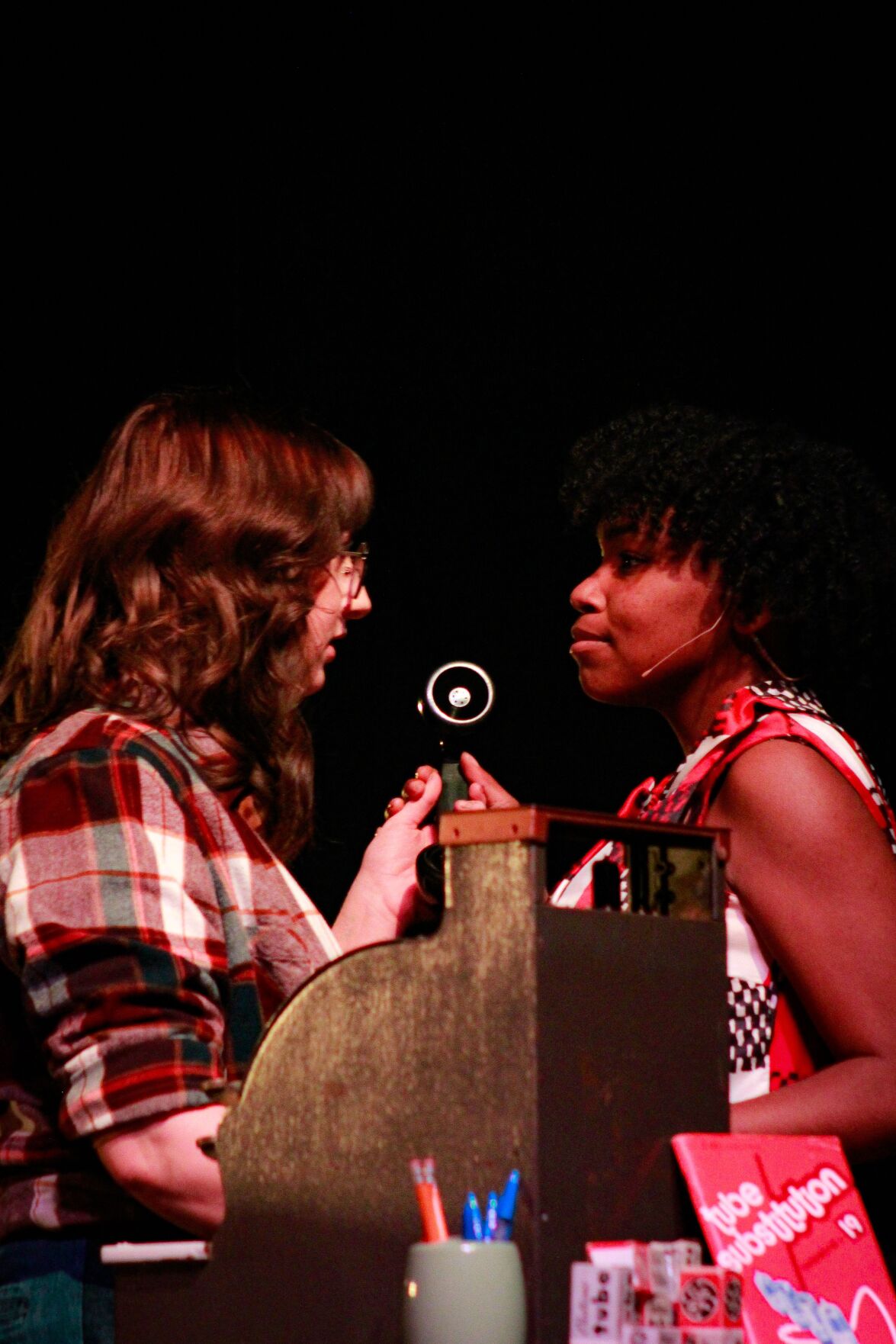 Dates: Daily, except Mondays, through Jan. 31

Story: In the late 1960s and early ‘70s, a 16-county region in west central Illinois dubbed itself an independent state titled The Republic of Forgottonia. Aggravated because infrastructure and transportation improvements in Illinois had largely bypassed the region, a McDonough County resident named Jack Horn and a member of the Macomb Chamber of Commerce hatched a plot to “secede” from the U.S. Neal Gamm, a Vietnam War veteran and student at Western Illinois University, was named “governor of Forgottonia.”

Leaders of the movement decided to immediately declare war on the U.S. and then surrender to apply for foreign aid. Forgottonia, they reasoned, would receive its sought-after improvements to the area’s transportation and infrastructure needs previously ignored by federal and state authorities.

While Horn and Gamm proceed with their idea, Horn’s sister Jane faithfully takes care of their father Pappy’s Color TV store while the elder Horn spends his days brooding and drinking, still stinging from the abrupt departure of his wife years before, when Jane and Jack were small children.

When the train through town breaks down one day, a young African-American journalist named Cybelline strikes up a romance with Jane, much to Pappy’s contempt, while waiting for the train’s repair and her imminent departure for Los Angeles. She invites Jane to join her, bringing the quiet, dutiful and staid Jane to the crossroads of a decision, while the mentally unstable Jack plots to create a new nation in the Illinois farmlands.

Highlights: Fly North Theatricals, “adhering strictly to the most current [Centers for Disease Control and Prevention] guidelines,” says in its news release that it rehearsed and filmed in late 2020 and early 2021 this original musical, which it has staged at the .ZACK theater space in St. Louis’ Grand Center Arts District. It’s encouraging to see a local company meticulously mount a semblance of “live” theater during the COVID-19 pandemic.

Other Info: This production was filmed with no audience, but still the proximity of the players required utmost care and preparation under Sydnie Grosberg Ronga’s studied and careful direction, with assistance from Fly North’s managing director Bradley Rohlf. The book, music and lyrics all are written by Fly North’s artistic director Colin Healy, who also orchestrated his work.

Healy’s music is pleasant enough and gets the show off with an upbeat opening number. Another tune, "Same Ol’ Stories," is a gentle, rap type of song reminiscent of "Rock Island," the first number in The Music Man.

The music isn’t especially memorable except for a few tunes here and there, such as the infectiously twangy "Folks Only Head West." The plot borrows from the 1960s movie comedy, The Mouse That Roared, regarding the plan to declare war on the U.S. and then abruptly surrender. Still, cinematographers Healy and Rohlf do a good job packaging their product in this COVID-19 era.

Orr is fine as the uncertain Jane, who evolves from “Jane as in Austen” to “Jane as in Fonda” during the show’s two acts. Tateonna Thompson does well as Cybelline, even if the relationship between her and Jane seems a bit too immediate (but, then, I guess Romeo and Juliet’s was, too), while Tim Callahan provides much-needed seasoning and ballast for the youthful cast as the embittered Pappy.

Caleb Long portrays acting-school dropout Neal OK, but it’s puzzling to see why he’d be the object of so much attention by the local folks, and Dustin Petrillo has the task of making the sudden switches in Jack’s character understandable or at least believable.

The story’s epilogue, "The Old Forgotten Land," is really the musical highlight, with Callahan displaying his fine singing skills as Pappy leads the troupe in describing the once and future Forgottonia.

One major annoyance with Forgottonia is the use of dubbed speakers who impersonate such historical figures as Richard Nixon, George Wallace, Walter Cronkite and Hubert Humphrey. While none of them are very good, the worst is a poor impersonation of Humphrey, vice president to former President Lyndon B. Johnson and the Democratic candidate for president in 1968, who lost to Nixon.

Perhaps there are legal reasons why Fly North Theatricals could show TV footage of some of these famous Americans but not use their voices. Unfortunately, for those of us old enough to remember these people and how they really sounded, this hinders rather than helps Forgottonia.