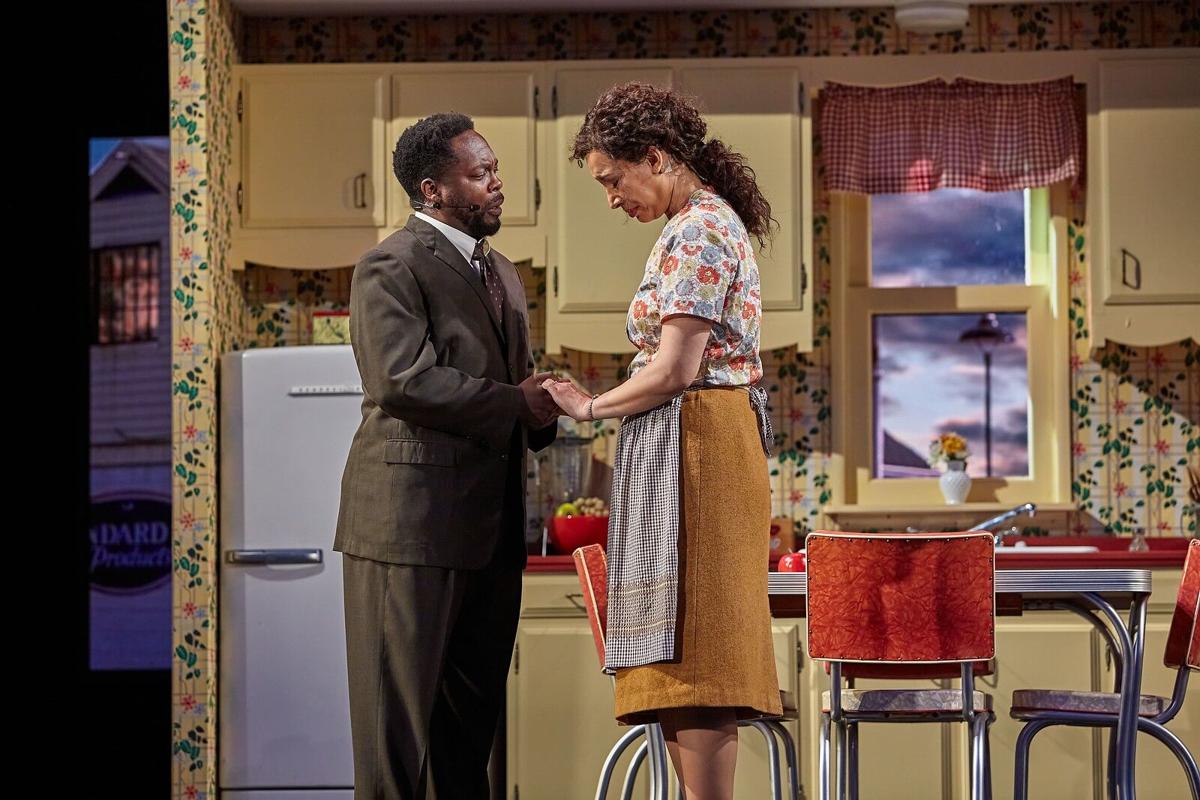 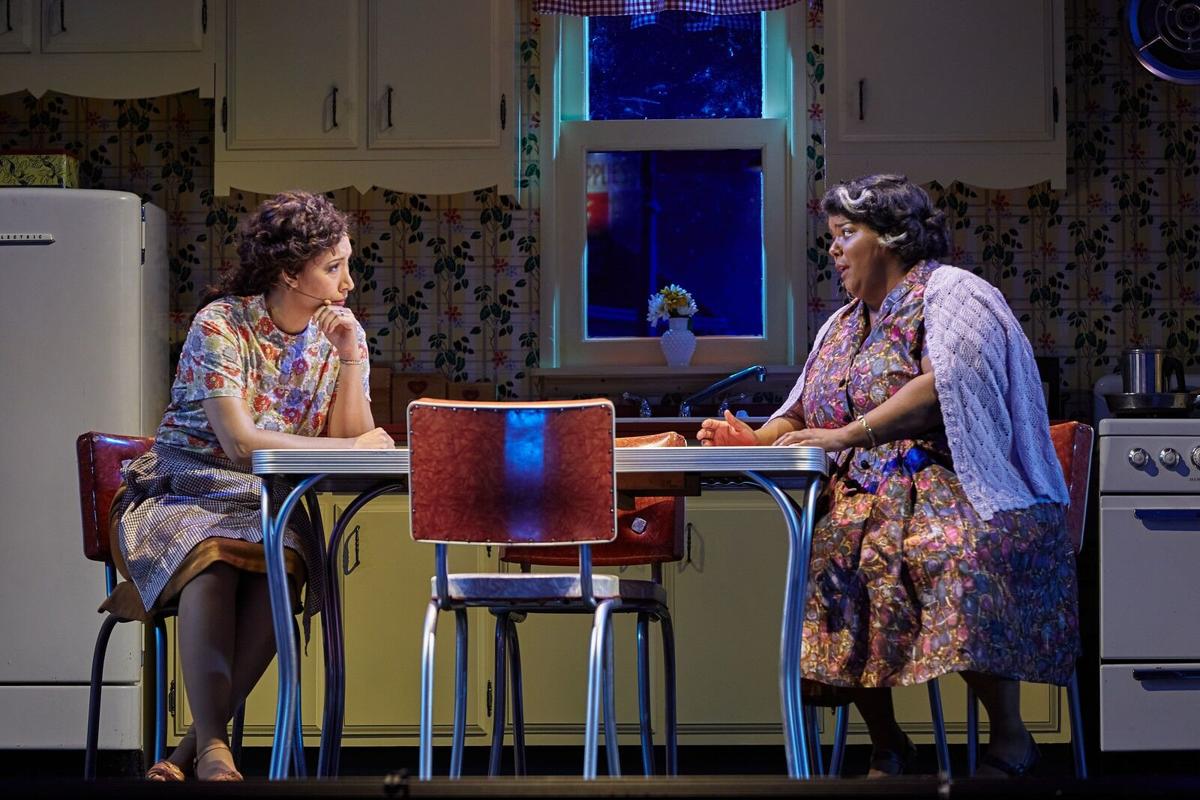 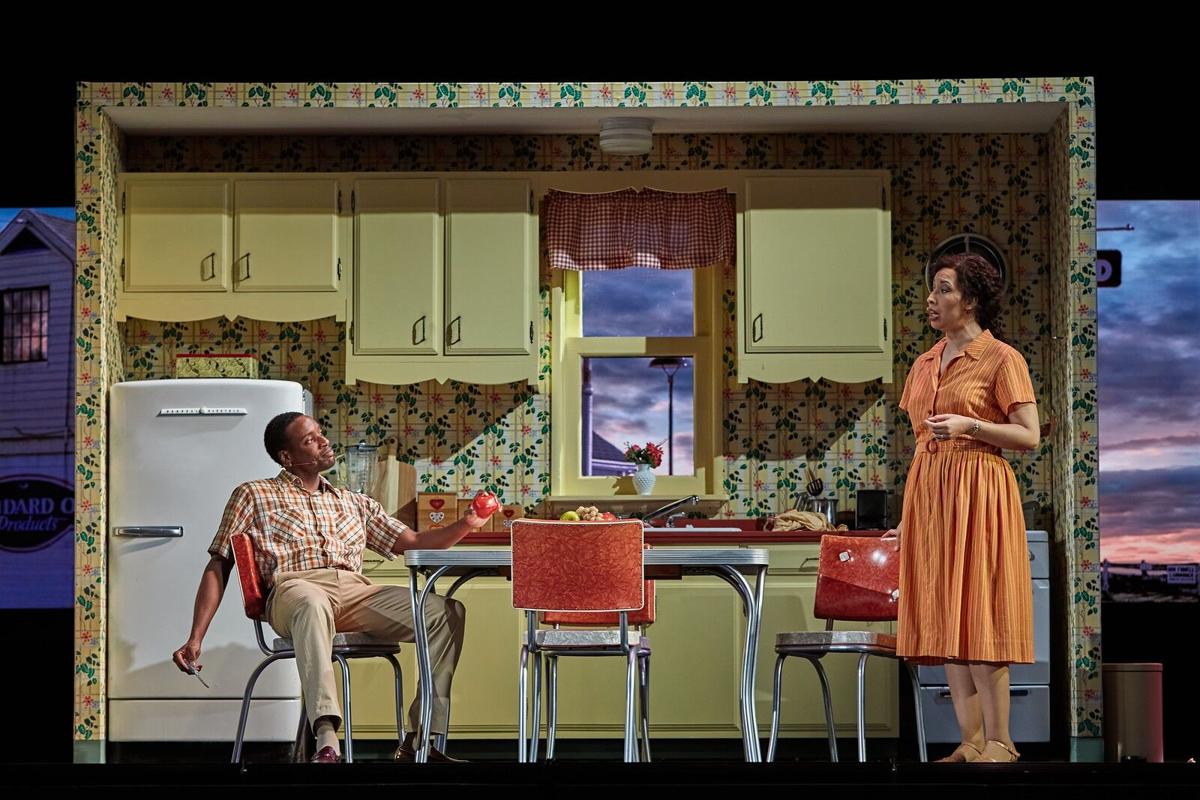 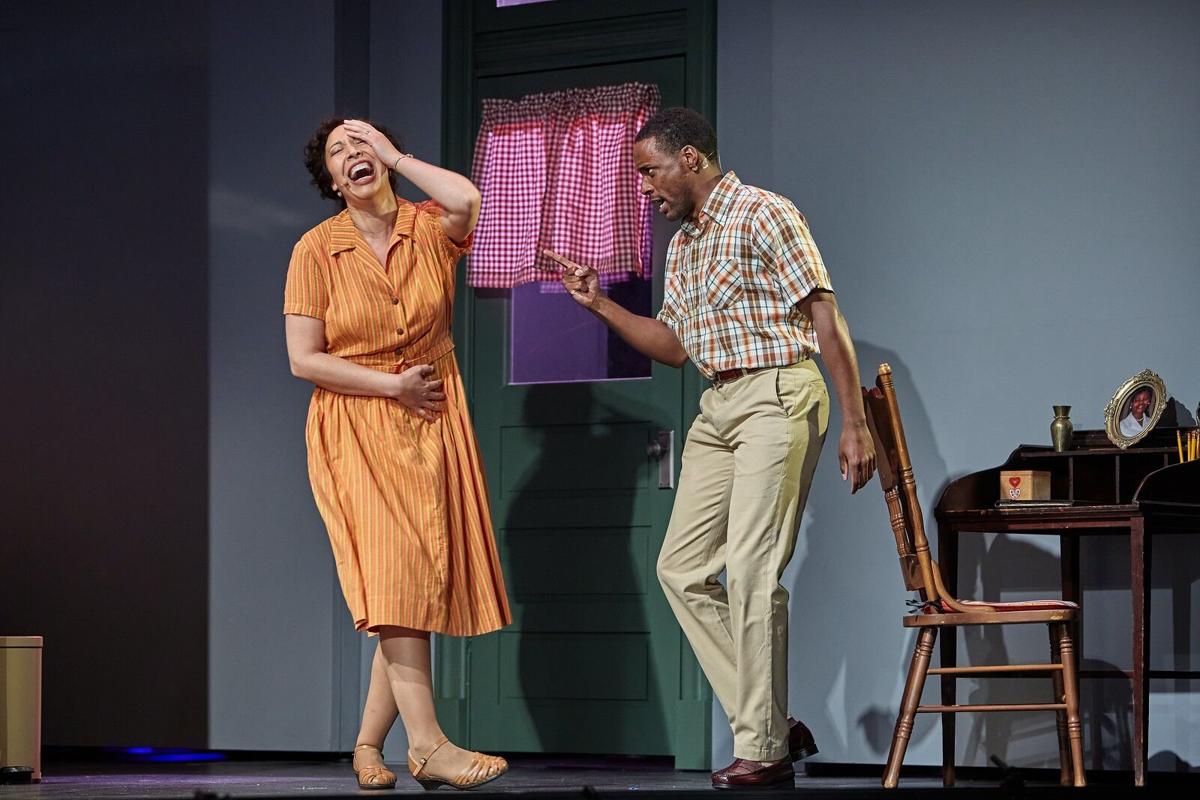 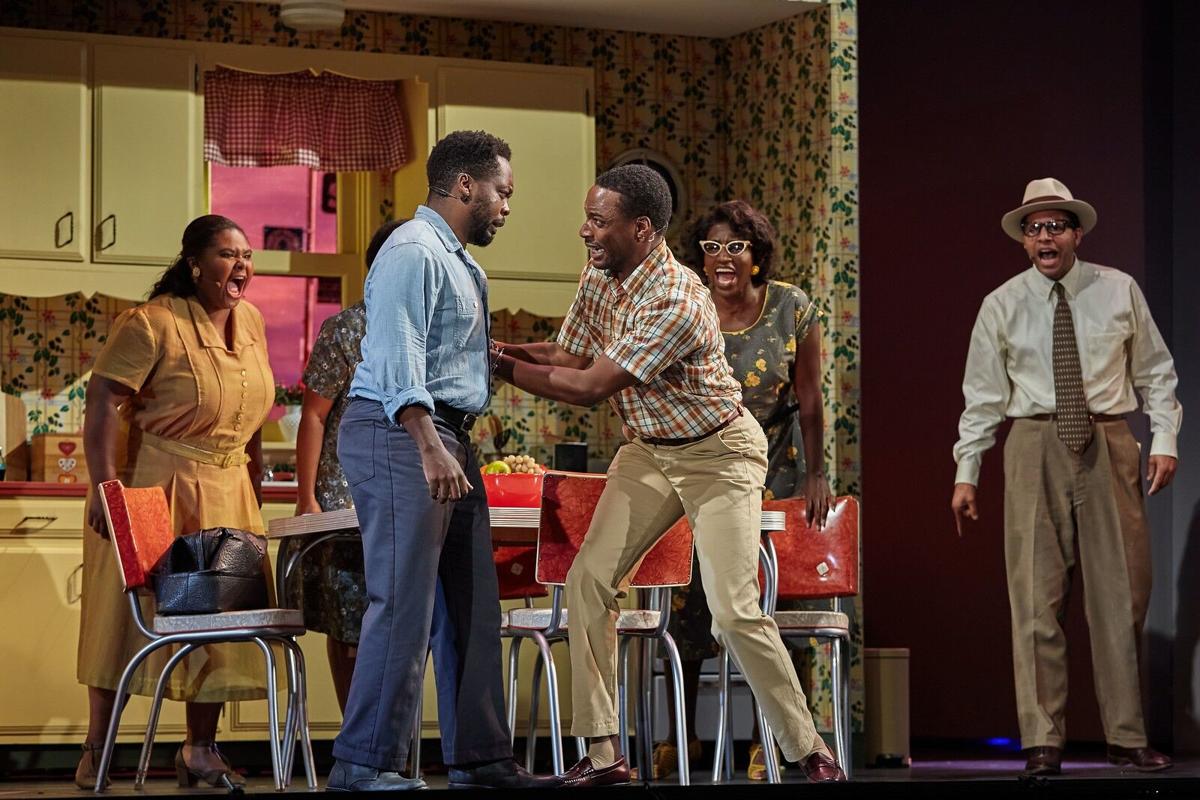 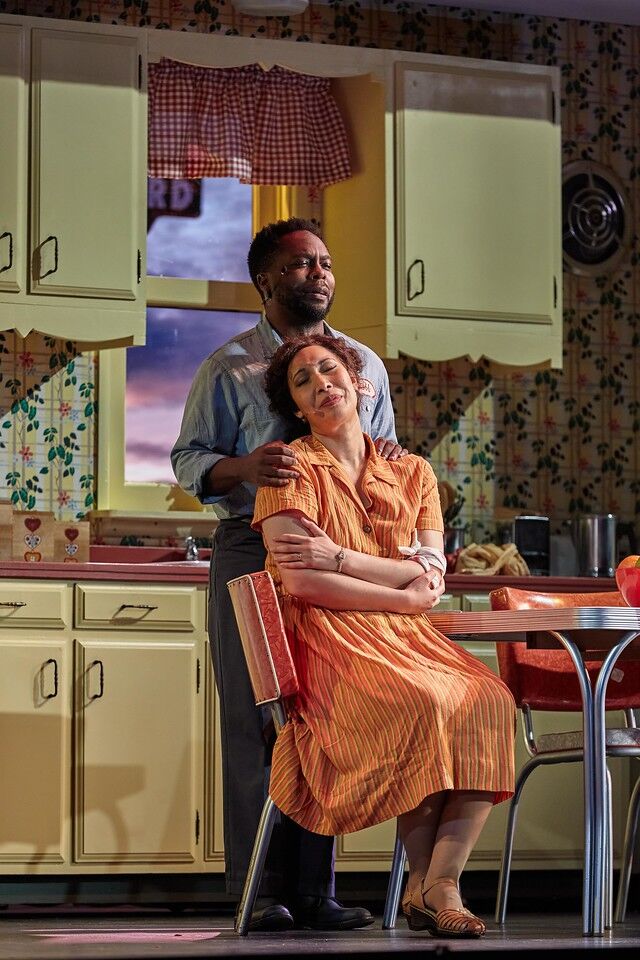 Story: Bob and Mary own and operate a filling station along Highway 1 in California. It’s a modest but good life for the couple, who are well-respected in their community and pillars of their local church.

Mary wishes to have more for her and her husband, but they’re saddled with Bob’s younger brother Nate, who has continued his education at Bob’s expense, something Bob’s and Nate’s late mother implored Bob to oversee as her final, dying wish. The dutiful older son has done just that.

However, Mary chafes at her desire for a better life for her and Bob after Nate completes his education and spends another year doing very little to pursue employment. Bob, too, is growing impatient but is torn by his promise to his mother to assist Nate, who continues to take advantage of his brother’s generosity.

As tension between Mary and Nate escalates, Bob must decide how much of his brother’s immaturity and his mother’s last wish can be equitably balanced with Bob’s love and devotion to his wife.

Highlights: Opera Theatre of Saint Louis resurrects a seldom-performed work by “the dean of African-American composers” with a resonant interpretation of William Grant Still’s haunting one-act opera first performed in 1963.

Other Info: All of Opera Theatre’s productions this season are being performed on the parking lot at the Loretto-Hilton Center on the campus of Webster University. People sit in pods separated by several feet from other clusters. Tickets for the entire season are sold out, although for the first time 30 free tickets are being given away to each performance so that more patrons may enjoy the Opera Theatre experience.

Still composed nearly 200 works in his lengthy, 20th century career, including five symphonies, four ballets and nine operas as well as choral works, art songs and chamber music. One of his operas, Troubled Island, with a libretto by Langston Hughes, had its first and only production at New York City Opera in 1949.

Similarly, Highway 1, U.S.A. has rarely been performed since its 1963 debut. When Opera Theatre realized its previously scheduled production of Porgy and Bess would be too large for a 2021 presentation with pandemic protocols, it pivoted toward this Still one-act work, utilizing the talents of previously contracted soprano Nicole Cabell (who portrays Mary) and baritone Will Liverman as Bob.

Cabell and Liverman each delivers recitatives with smooth and powerful focus on the libretto by Still’s wife, Verna Arvey. Cabell infuses Mary with a deep love for her husband as well as disdain for the overly content Nate, while Liverman shapes Bob in both singing and mannerisms as an easy-going sort who delights his community cohorts while only slowly seeing his brother’s refusal to take responsibility for his own life.

Christian Mark Gibbs, like Cabell and Liverman making his OTSL debut, doesn’t have much stage time but makes the most of it in the truncated second act of the one-hour piece. Rehanna Thelwell shines as Mary’s devoted Aunt Lou, who poignantly sings of how she once held baby Mary in her arms and warns her of Nate’s trouble-making potential.

Ron Himes, founder and producing director of The Black Rep, deftly directs his all- African-American cast with aplomb, eliciting especially fine interpretations by many of the performers along the way. Saint Louis Symphony Orchestra conductor laureate Leonard Slatkin coaxes a splendid performance out of members of the SLSO who finely interpret the versatile Still score, which mixes “Romanticism, blues and musical theater,” according to OTSL’s website.

James Schuette’s costumes reflect the look of middle-class folks of the era and Allen Moyer’s set design is filled with furniture and pieces reminiscent of the early ‘60s, such as a formica kitchen table and chairs, bland kitchen cabinets and tiny curtains on a door window. All of the single-room design is effectively illuminated by Christopher Akerlind’s lighting design, while video projections designer Greg Emetaz fills the back wall with starry skies or at nighttime or cloudy daytime vistas.

Arvey’s libretto is overly simplified in the second scene but it’s secondary to Still’s complex operatic score, and that’s OK. Most importantly, kudos to Opera Theatre of Saint Louis for bringing a seldom-heard work by a master African-American composer such as Still to the forefront of its 2021 outdoor season in such a smoothly honed presentation.

Tickets: $39 (sold out); there are 30 free tickets available for every performance on a first-come, first-served basis. May be reserved online or via phone beginning two days before every show. Go to experienceopera.org or call 314-961-0644.

Both longtime dance fans and newbies to the art form should delight in the three-day Emerson SPRING TO DANCE Festival 2021 – diverse live, in-person performances in one place.

The Midnight Company returns to open its 2021 season with a one-man, one-act work by Canadian playwright Daniel MacIvor.

Three world premieres by contemporary composers are performed as one suite of works, commissioned by Opera Theatre of Saint Louis as part of its ongoing commitment to support storytelling by American composers and librettists.