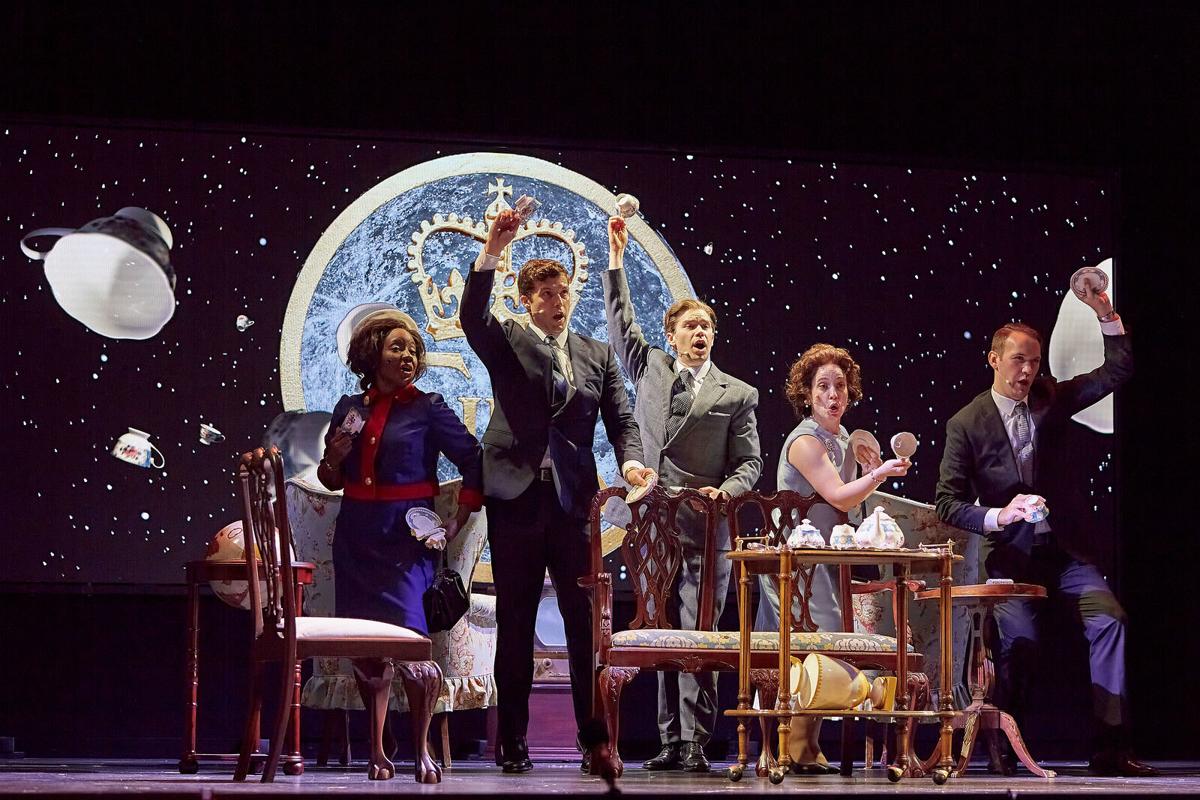 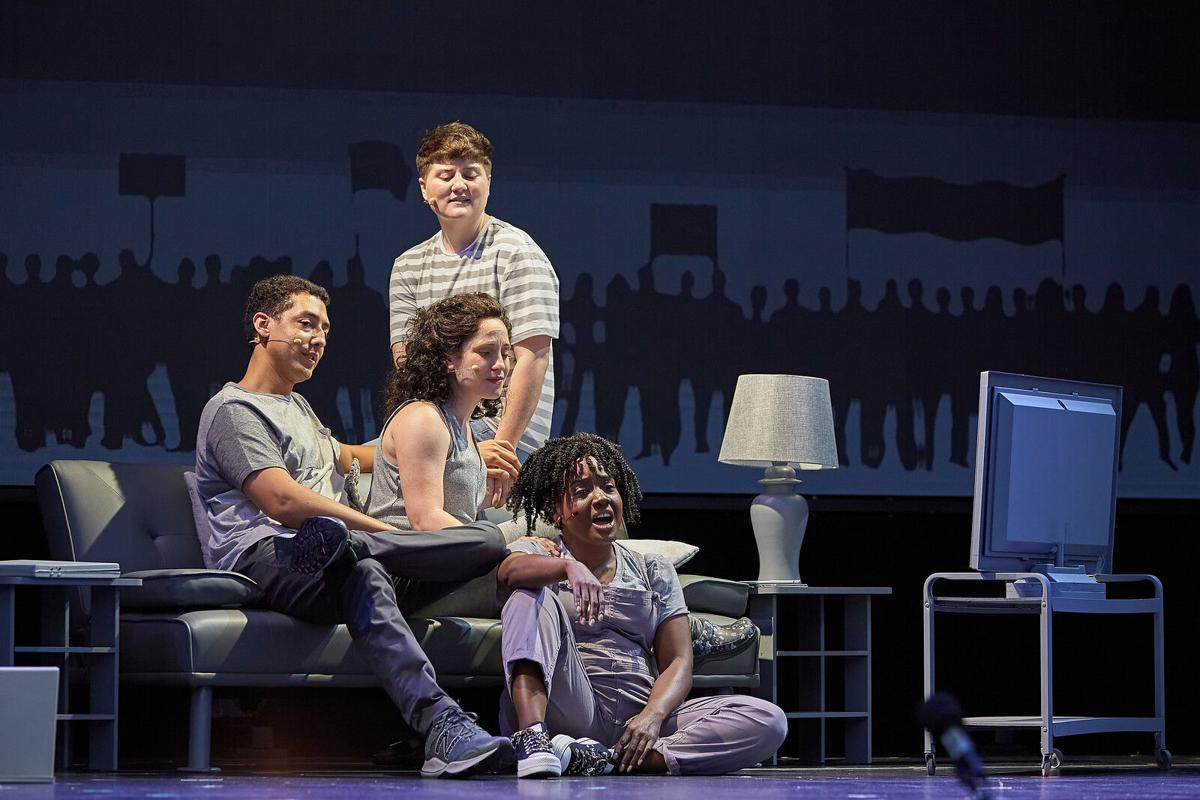 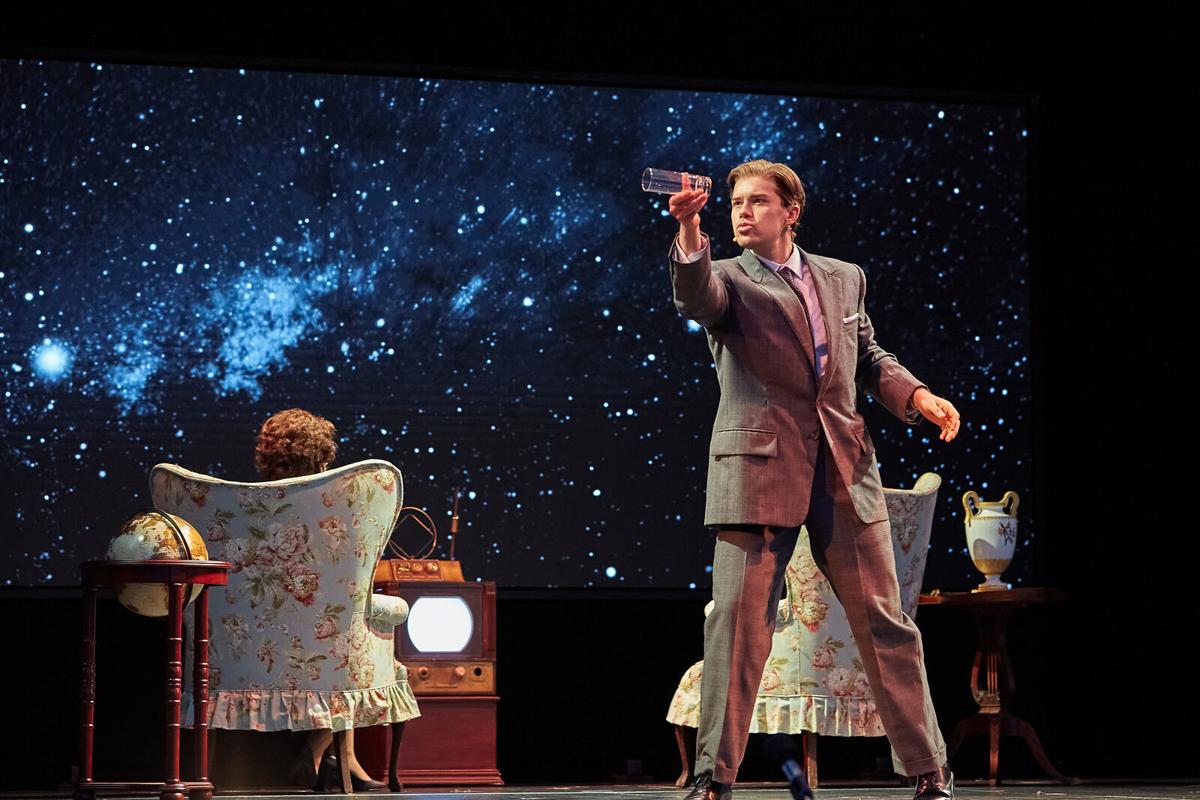 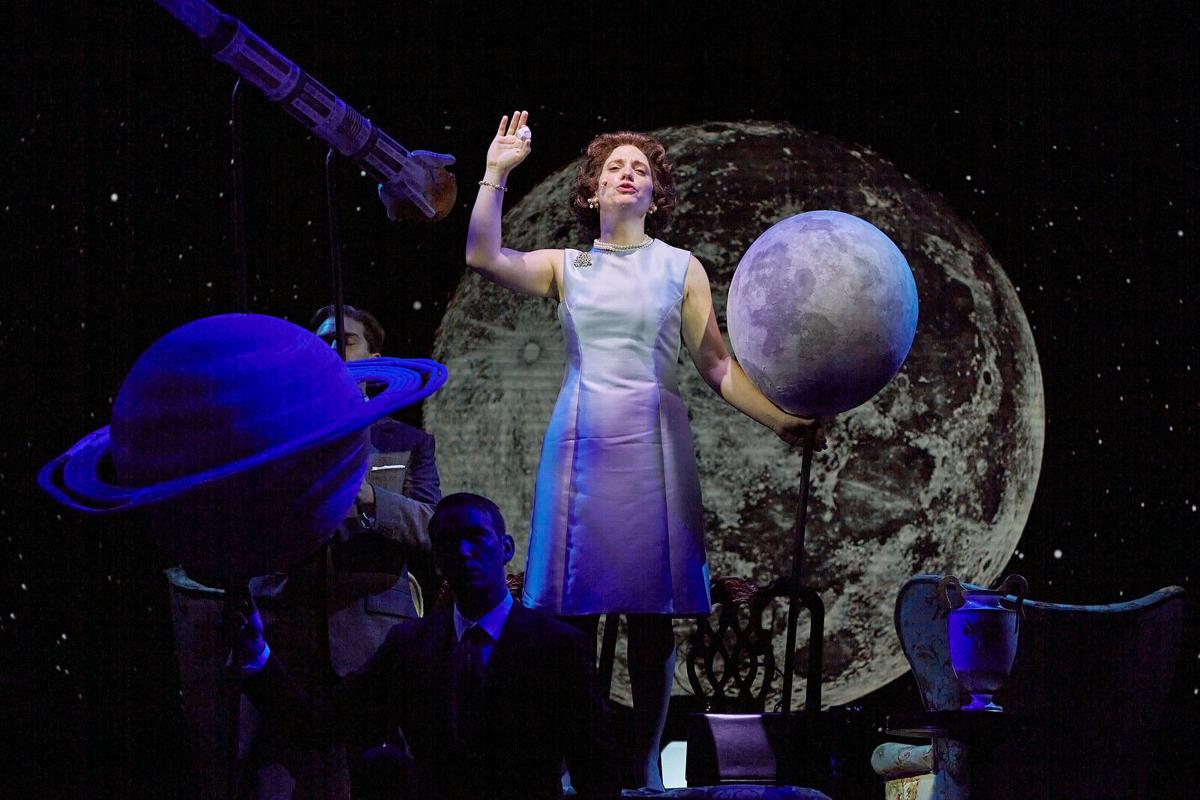 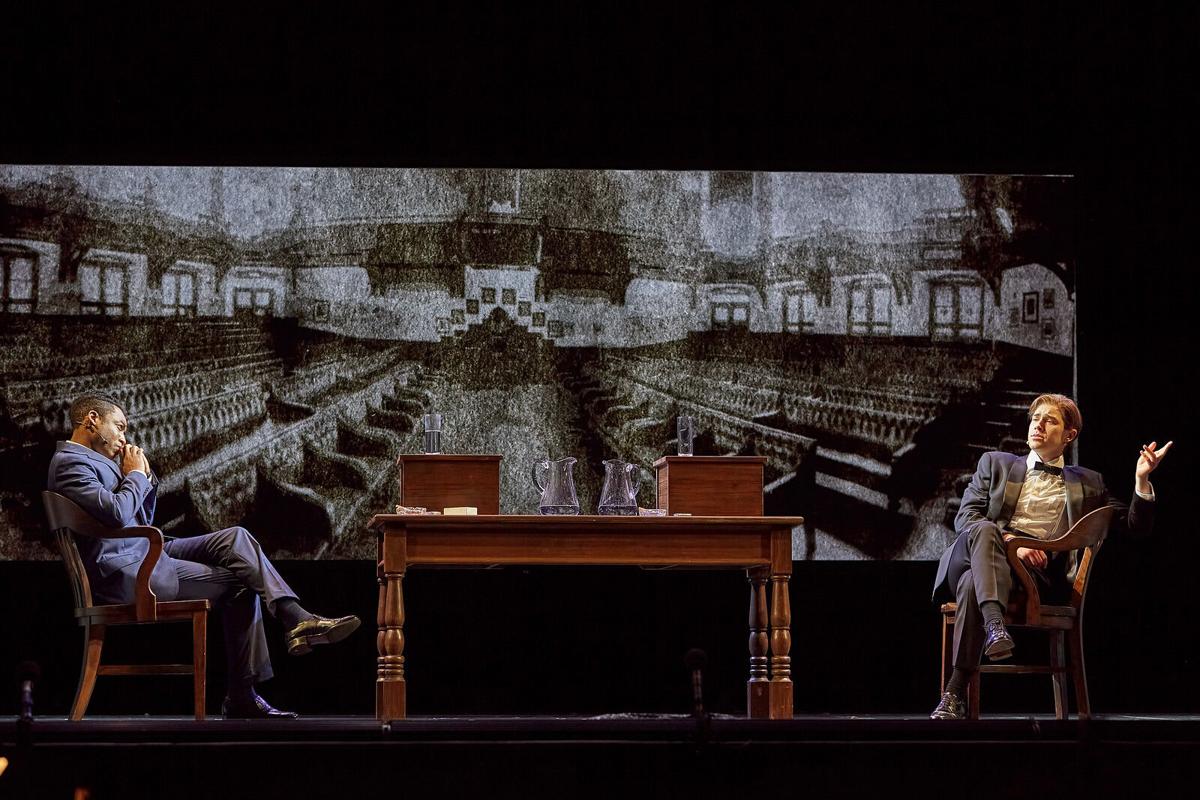 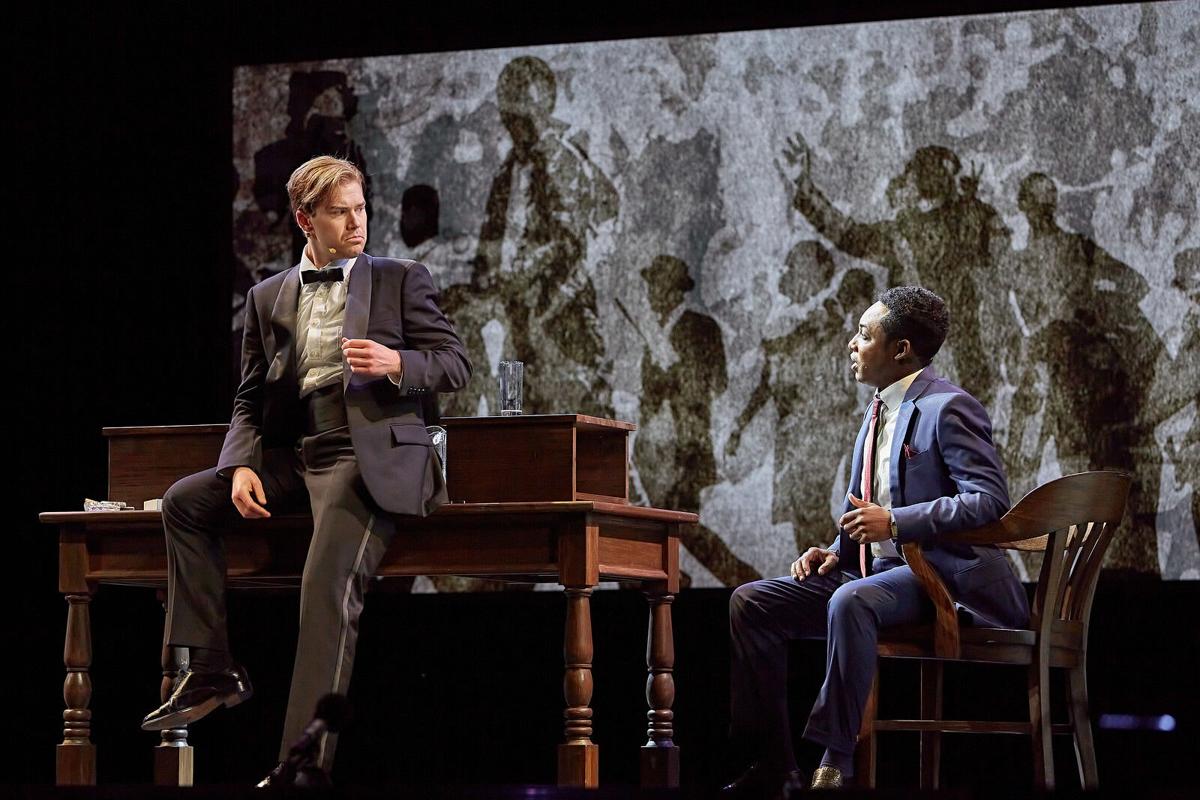 Highlights: Opera Theatre continues its “season in the twilight sun” with several young performers demonstrating their fine singing voices to librettos and music written by exciting young librettists and composers.

Three world premieres by contemporary composers are performed as one suite of works. All were commissioned by Opera Theatre of Saint Louis as part of its ongoing commitment to support storytelling by American composers and librettists.

Story: The first work, On the Edge, examines the reactions of three different families in April, May and June 2020 as they cope with the pandemic. In April, a single mom struggles to help her children with their virtual classes on top of her other responsibilities. In May, a pair of moms try to divide chores while their son avoids Zoom classes as much as possible, and grandmother wears her mask even in the house. A third family has difficult discussions in June about race in America following the killing of George Floyd by a police officer in Minneapolis.

The second offering, Moon Tea, imagines a meeting between Queen Elizabeth and Prince Phillip in 1969 with the three American astronauts who were part of the first lunar landing. Neil Armstrong argues with his wife about attending the event at all, while Michael Collins chafes at the knowledge that Armstrong and Buzz Aldrin share the glory of having walked on the moon while he thinks of himself as the “third wheel” of the monumental achievement. Even the queen rhapsodizes about visiting the moon.

In The Tongue & The Lash, the audience gets an inside look at a hypothetical conversation in 1965 between conservative icon William F. Buckley Jr. and African American writer James Baldwin. They’ve just been part of a debate on whether “the American dream is at the expense of the American Negro.” The debate council has voted 10-4 in favor of that reasoning. Afterward, Buckley and Baldwin continue with their own private conversation, looking at the academic question from more personal and starkly different observations.

Other Info: Conductor Daniela Candillari does a masterful job leading an octet of players from the Saint Louis Symphony Orchestra in interpreting various musical genres, which the three composers utilize in their respective works. There’s a little Peggy Lee-style jazz, e.g., in Laura Karpman’s music for On the Edge, the nod to spirituals in Damien Sneed’s music for The Tongue & The Lash or the easy-listening melodies in Steven Mackey’s music for Moon Tea.

Stage director James Robinson culls effective performances from his young cast. Taura Stinson’s libretto for On the Edge offers three brief vignettes – one comical, one nonsensical and one serious, in that order. Former Gerdine Young Artists Monica Dewey, Mack Wolz and Melody Wilson are joined by debut artist Calvin Griffin as they portray a number of characters and suitably handle their singing assignments.

Video projections designer Greg Emetaz and set designer Allen Moyer make the most of their work’s potential in the Moon Tea segment written by Rinde Eckert. It features a set of elegant furniture amid a backdrop of traditional European paintings, as well as a space motif highlighted by exaggerated planetary elements for effect. James Schuette’s costumes especially enhance this period piece with regal finery.

Dewey returns in Moon Tea as Queen Elizabeth, and Wilson excels in a comic portrayal of Jane Armstrong, fancying herself developing a long-term friendship with the queen. Debut artist Jonathan Johnson is a steadfast Prince Phillip, and former Gerdine Young Artist Michael Day conveys the frustrations of Collins. Debut artist Jarrett Porter is the sneezing, wheezing Armstrong, who’d much prefer to stay in his hotel bed and recuperate.

Christopher Akerlind’s lighting design is especially poignant in the Civil Rights backdrops on Emetaz’s screen in The Tongue & The Lash. Markel Reed’s distinct baritone brings sufficient gravitas to Baldwin’s serious demeanor and contrasts nicely with Johnson’s pointed portrayal of the self-confident Buckley, who isn’t above admitting (albeit barely) when he’s been had.

Porter adds to the interlude as the adjudicator in Karen Chilton’s intelligent libretto, while Sneed’s highly moving chorus consists of Dewey, Wilson, Wolz, Day and Griffin.

Kudos also to sound designer Steven Colby and Tom Watson, who contributes wig and makeup designs, which add to the charm of each work.

There’s a lot of ground to cover in three separate pieces of this year’s contribution to Opera Theatre’s New Works, Bold Voice Lab, but the entire production wraps up in a tidy one act and one hour on stage. Well done by all.

Tickets: $39 (sold out); there are 30 free tickets available for every performance on a first-come, first-served basis. May be reserved on line or via phone beginning two days before every show. Go to experienceopera.org or call 314-961-0644.