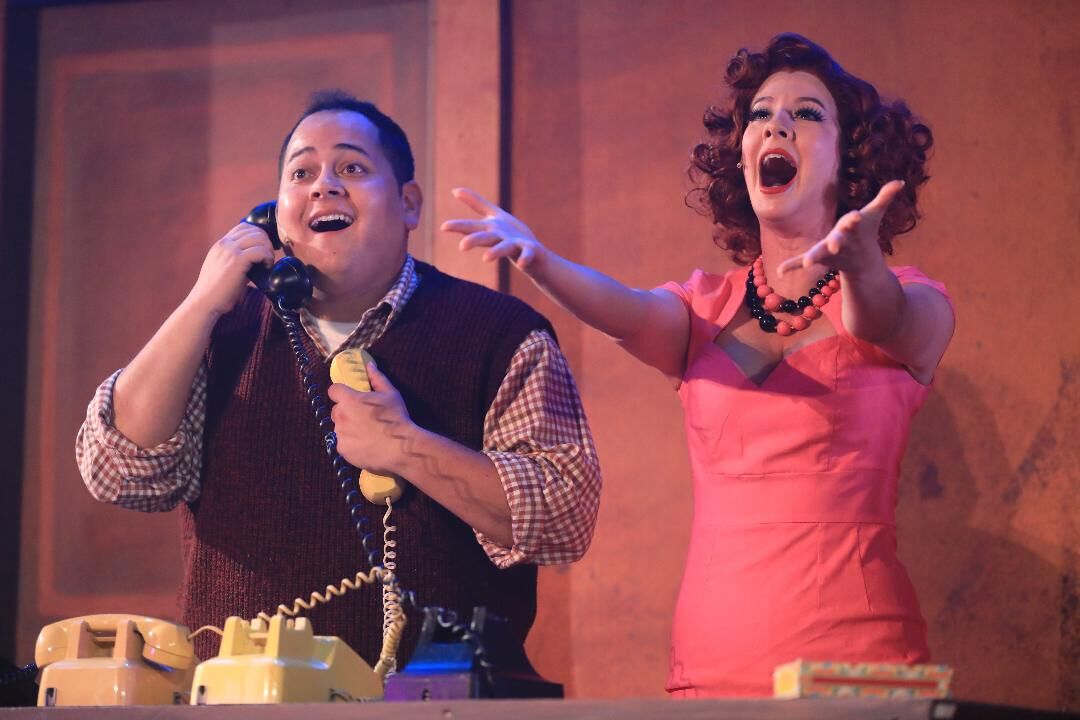 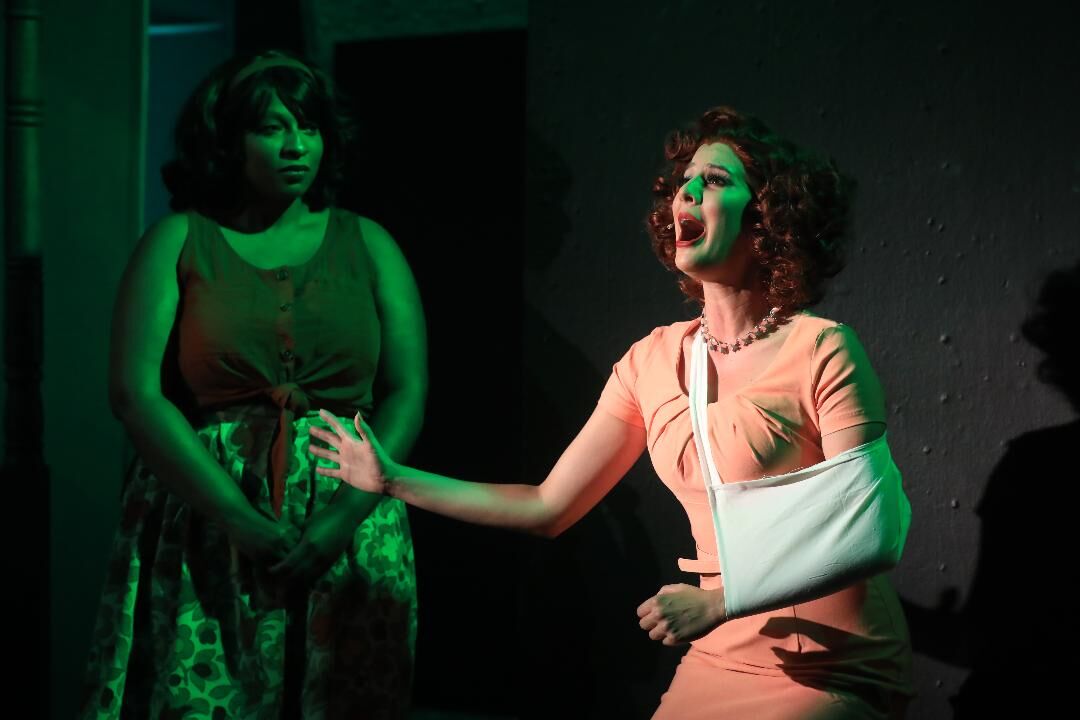 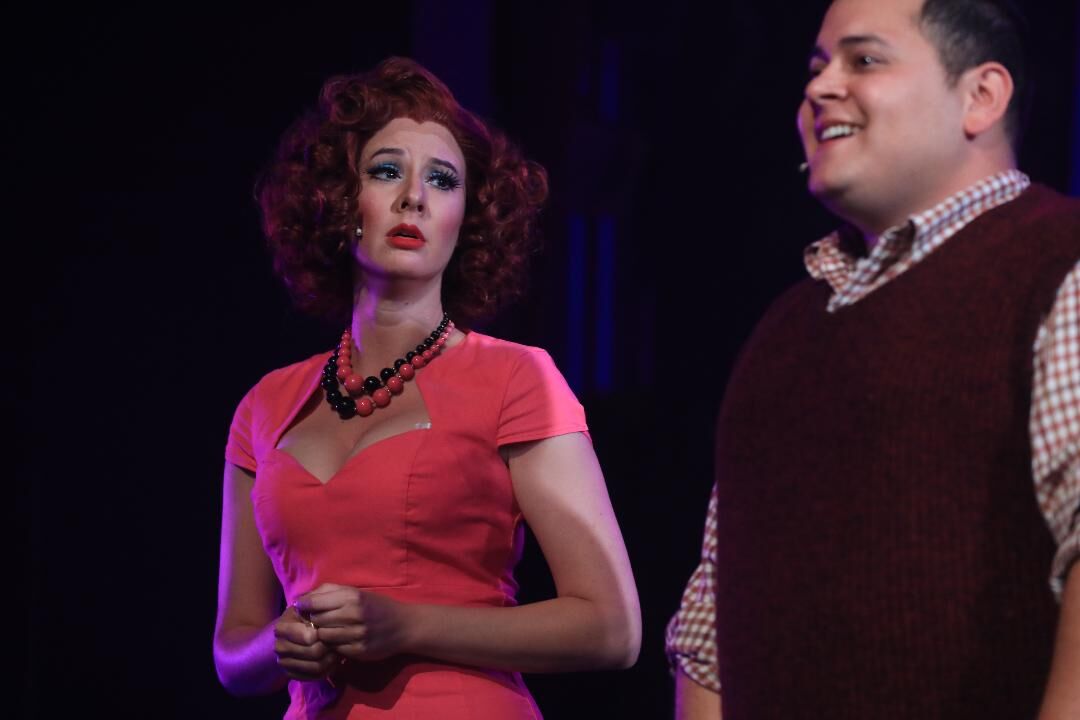 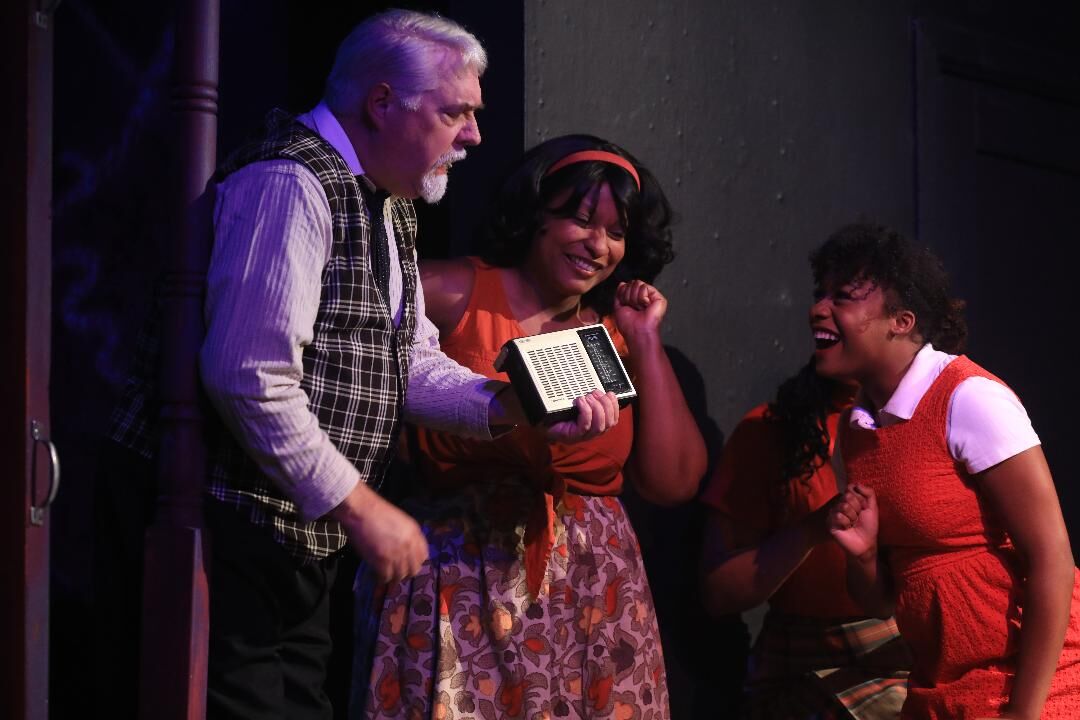 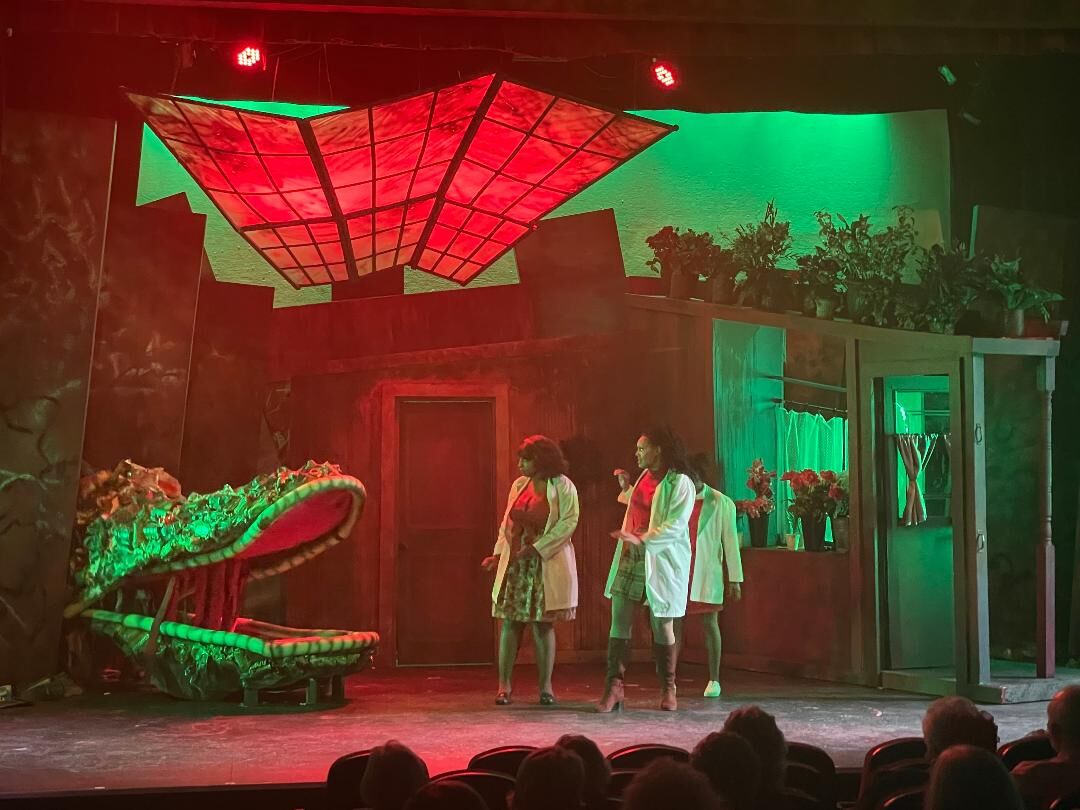 Highlights: Artistic consultant and director Blane Pressler has cultivated a winning bouquet of engaging performances by his cast complemented by an entertaining band for a rollicking production of this vintage musical.

Story: It’s circa 1960, and America is crazy for hula hoops and The Donna Reed Show on TV. Seymour Krelborn, the assistant to skid row florist Mr. Mushnik, is an orphan who seems to make a mess of whatever he’s doing, exasperating the penny-pinching Mushnik. Mushnik’s assistant, Audrey, however, thinks that Seymour is sweet and certainly much nicer than her sadistic boyfriend, dentist Orin Scrivello.

Just when Mushnik is about to pull the plug on his faltering floral shop, Seymour reveals that he’s found an odd and most beguiling plant, which he has named Audrey II. It looks a bit like a Venus’ flytrap, but it catches the attention of passersby, who are only too happy to purchase flowers once inside Mushnik’s shop.

Mushnik is enamored of the weird plant and ecstatic about the business it’s bringing as a novelty piece. Unfortunately for Seymour, he learns that Audrey II will only respond to human blood, and a guy can only prick so many of his fingers before he starts hurting.

As Seymour sees Orin verbally and physically abuse Audrey, he devises a scheme to kill the dastardly dentist and provide Audrey II with a fresh supply of blood. Audrey II continues growing at an alarming pace, though, and despite his newfound notoriety, Seymour realizes he has a really big problem on his hands.

Because Audrey II disdains any blood that isn’t human, Seymour finds himself in a quandary just when he’s getting closer to the beautiful, if addlebrained, Audrey. Can he mollify Audrey II, continue to please his boss Mushnik and romance Audrey? Seems like trouble is heading Seymour’s way, and it isn’t pretty as a flower.

Other Info: Little Shop of Horrors, based on a 1960 Roger Corman horror movie, premiered off-Broadway in 1982, where it ran for five years. With music by Alan Menken and lyrics and book by Howard Ashman, it’s filled with finger-snapping tunes inspired by Motown, doo-wop and early rock ‘n’ roll.

The musical score is filled with audience-pleasing numbers. That’s no surprise, considering Menken and Ashman later collaborated on several Disney hits, including Beauty and the Beast and The Little Mermaid. Their tunes generally are a winning combination of catchy lyrics and melodious compositions.

Stephen Velasquez and Shaina Vincel are an uproarious delight in the lead roles as Seymour and Audrey. Velasquez displays a great knack for physical comedy, while Vincel nails Audrey’s New York accent in her own amusing comic contribution.

They receive terrific support by the chorus, which consists of McKynleigh Alden Abraham as leggy lead singer Crystal, Jeannitta Perkins as Ronette and Diamon Lester as Chiffon. Lanin Thomasma captures the bluster and exaggerated concern of the tight- fisted Mushnik, especially on the humorous “Mushnik and Son” number, and Bryan Austermann is great fun as the self-centered lout Orin.

Jeremy Neale Cox deserves much credit as the puppeteer for the two larger versions of Audrey II, while Hannah Dowdy’s resonant voice works like a charm belting out the show’s signature numbers, “Feed Me” and “Suppertime.”

Director Pressly remarks in his program notes about the derivation of the term “skid row” and the unfortunate plight of the people who lived in such run-down places. It’s a sober reminder of the state of the country 60 years ago – and maybe today, as well.

There’s no mistaking, though, that this Little Shop of Horrors is infectiously entertaining and craftily executed throughout.