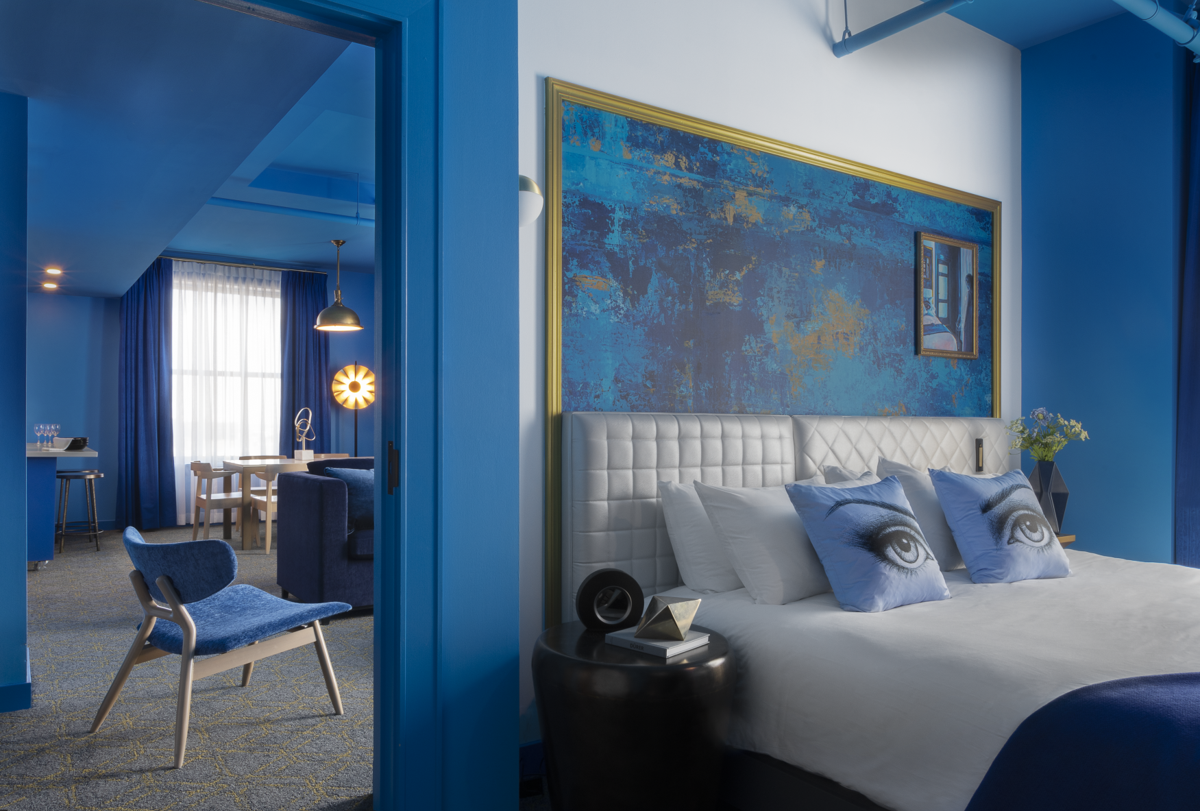 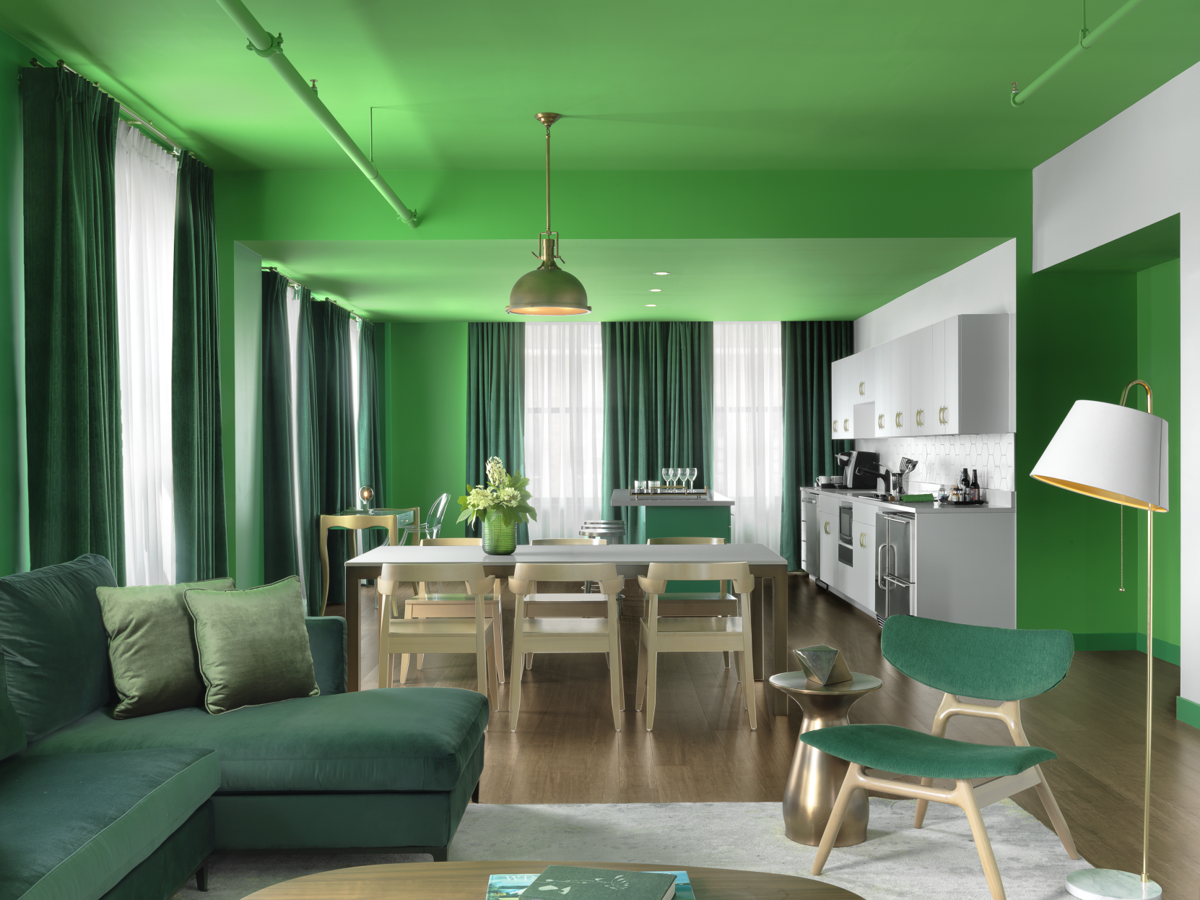 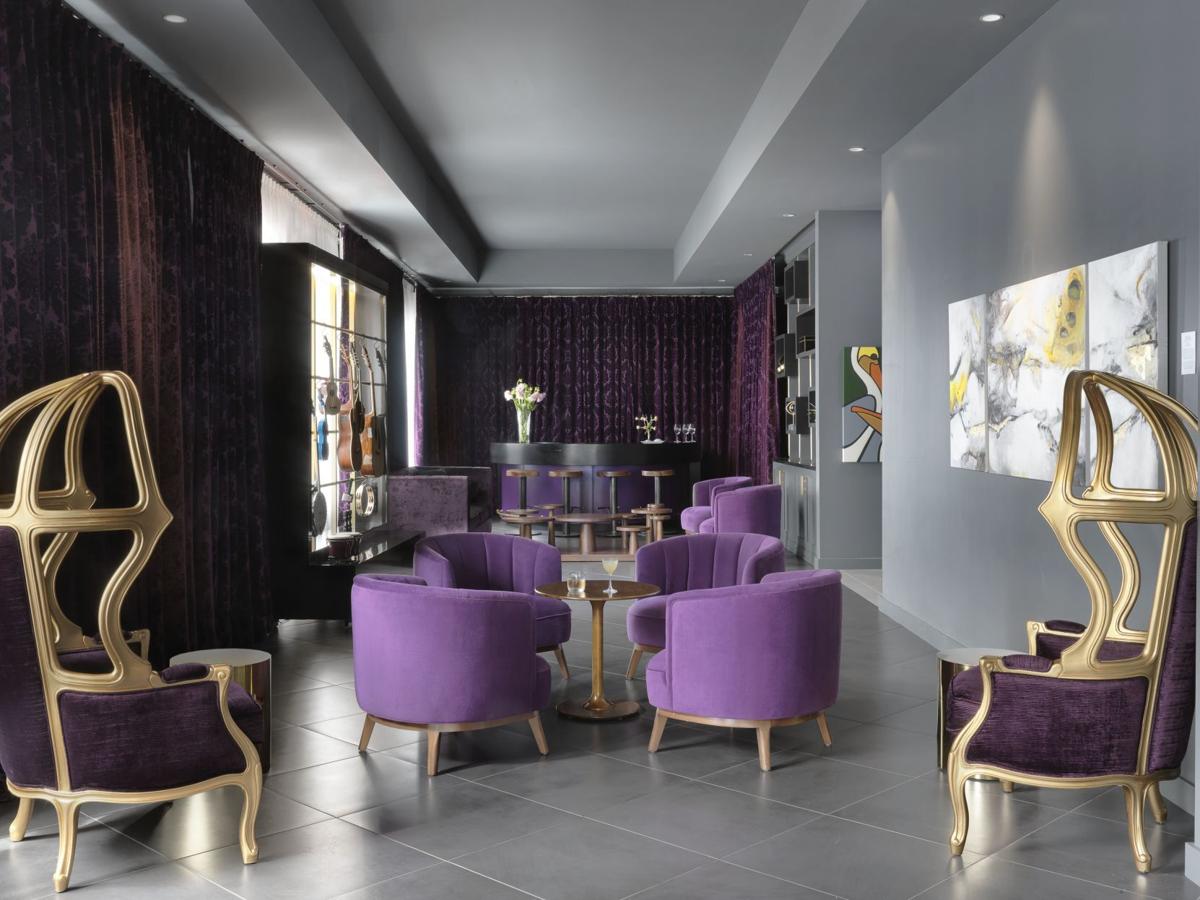 Drenched in rich color, each monochromatic guest room and suite at the Angad Arts Hotel is designed to immerse visitors in a state of curiosity, empowerment, freedom or rejuvenation.

According to the hotel’s website, the Angad Arts Hotel opened in St. Louis’ Grand Center Arts District in late 2018 and became the world’s first hotel to give guests the ability to book a room based on an emotion they wish to evoke during their stay. Choose yellow for curiosity, red for empowerment, blue for freedom or green for rejuvenation.

But the goal isn’t just to evoke one emotion, says Steve Smith, the hotel’s developer and CEO of the Lawrence Group, headquartered in St. Louis. Overall, spending time at the Angad Arts Hotel should awaken a guest’s creativity and alter his or her expectations of what a hotel can offer.

“When you think about hotel guest rooms – even at luxury hotels, wonderful hotels – they are, in general, relatively neutral,” Smith says. “Being in the arts district, we came up with the idea that we would actually add color to the guest rooms – bold color.”

The idea, which was born in 2014, evolved into each guest room being dominated by a single vivid color. Instead of an accent wall or a pop of color here and there, the vibrant hue stretches across the walls, ceilings, furniture and unique artistic elements sprinkled throughout the 146 rooms.

Smith explains that the concept derived from former Caparo group CEO Angad Paul’s vision that their hotel should challenge the norms established by traditional hotels, as well as incorporate the local arts scene. Smith and Paul partnered to bring this vision to life, but Paul died tragically about a year later, in November 2015. Swraj Paul – Angad Paul’s father, who holds the title Lord Paul of Marylebone – stepped in and helped see the project through to completion.

“We felt that this needed to be a hotel that really celebrated the arts,” Smith says. Thus, the spaces as a whole celebrate artists who paint, perform, design buildings and create in just about any capacity. Vanessa Rudloff, the hotel’s arts relations manager, says all of the featured work comes from artists residing within 200 miles of the Angad Arts Hotel. From the bed pillows, to the wall art, to the numbers on the door – each room displays custom artwork.

“Rather than just putting a pillow on the bed – again, we wanted it to be artistic,” Smith says, “every guest room [instead] has a colored pillow with men’s eyes on one side and women’s eyes on the other.”

Some might find that image creepy or provocative, Smith adds, but it’s proved a popular aspect of the rooms by how much it appears in guests’ Instagram photos. Paula Haniszewski from Belleville designed those signature pillows, and her work is also featured in the Chameleon Lounge’s video art piece known as the Chameleon Lamp, created by Zlatko Cosic. Rudloff describes the lamp as a “360-degree media experience over four hours long with 144 different media panels.”

The hotel provides a few gallery spaces where artists showcase and sell their work, with collections typically rotating quarterly and biannually. Also open to the public, the Angad Rainbow Terrace serves small plates and drinks with a view from the rooftop lounge. Stacey Howlett, general manager of the Angad Arts Hotel, says the terrace recently reopened after a precautionary COVID-19 closure, but the hotel itself never closed.

“We have gone through all of the struggles that any business has gone through, with business levels nonexistent right when [the pandemic] started, employee layoffs, working from home – but it has been very beneficial to stay open,” Howlett says. “Every day we’re learning how to do something better, and every day we’re learning how to open more parts of our business.”

Smith says that, as the business adapts and grows, he expects the hotel to incorporate the arts in new and innovative ways. Meanwhile, the team continues to find inspiration in Angad Paul’s mantra: “What is art but seeing the world in a different way.”

With work on the project scheduled to begin Sept. 25, “Common Ground,” theoretically, will involve student artists and community participants and will run through Nov. 15.

The nonprofit’s fundraiser will involve 30-plus event hosts opening their homes and utilizing public spaces for small, in-person gatherings, in addition to virtual celebrations. 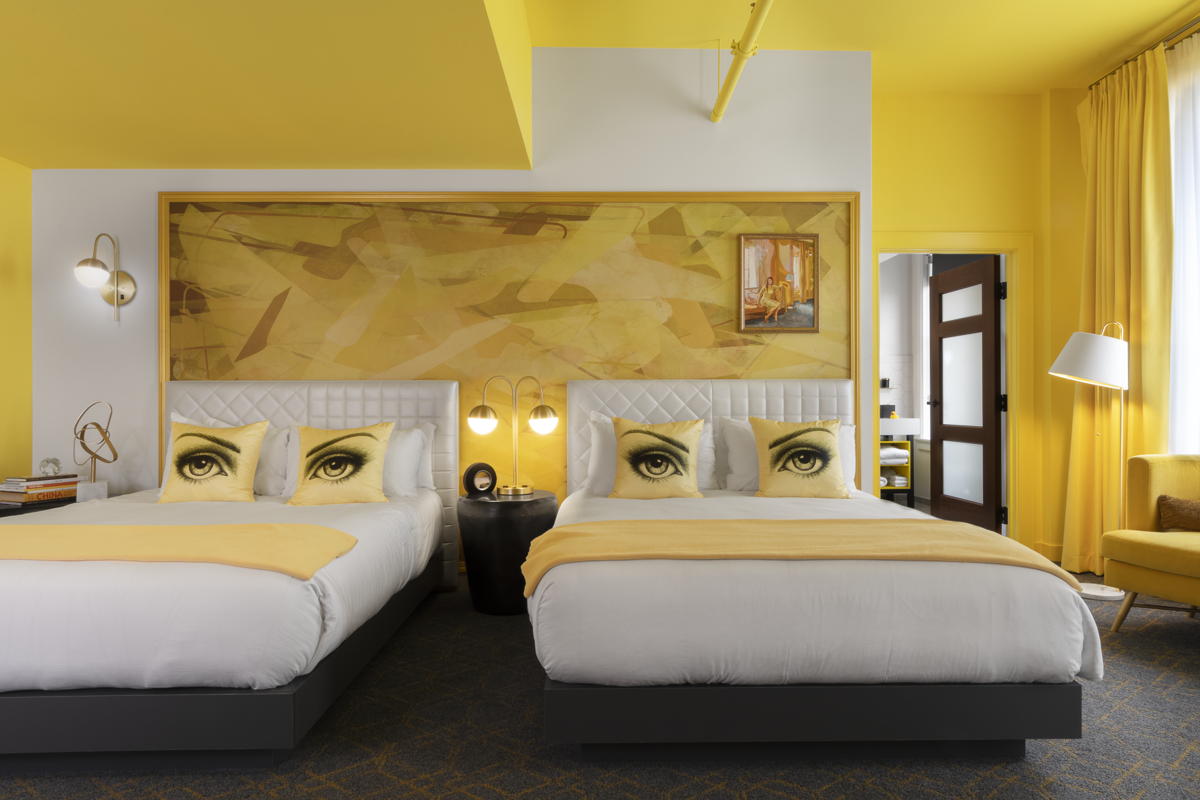 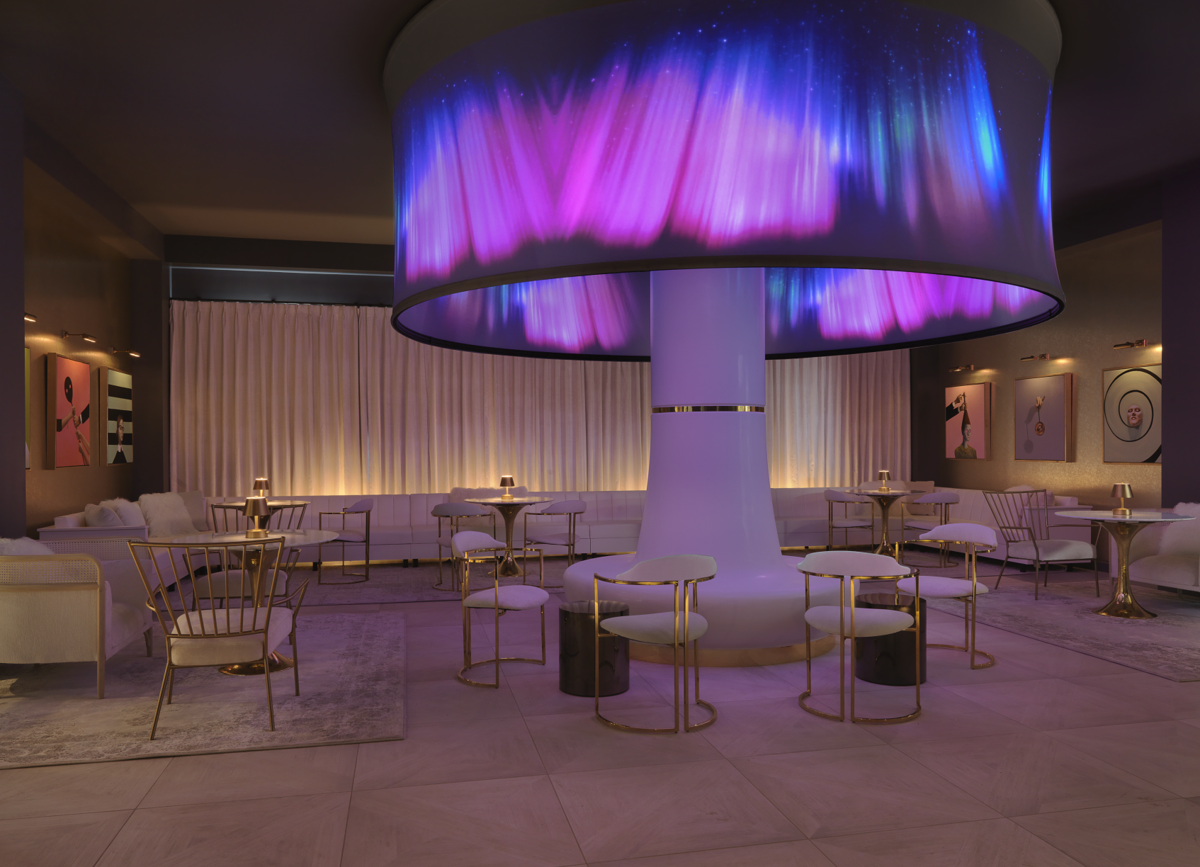 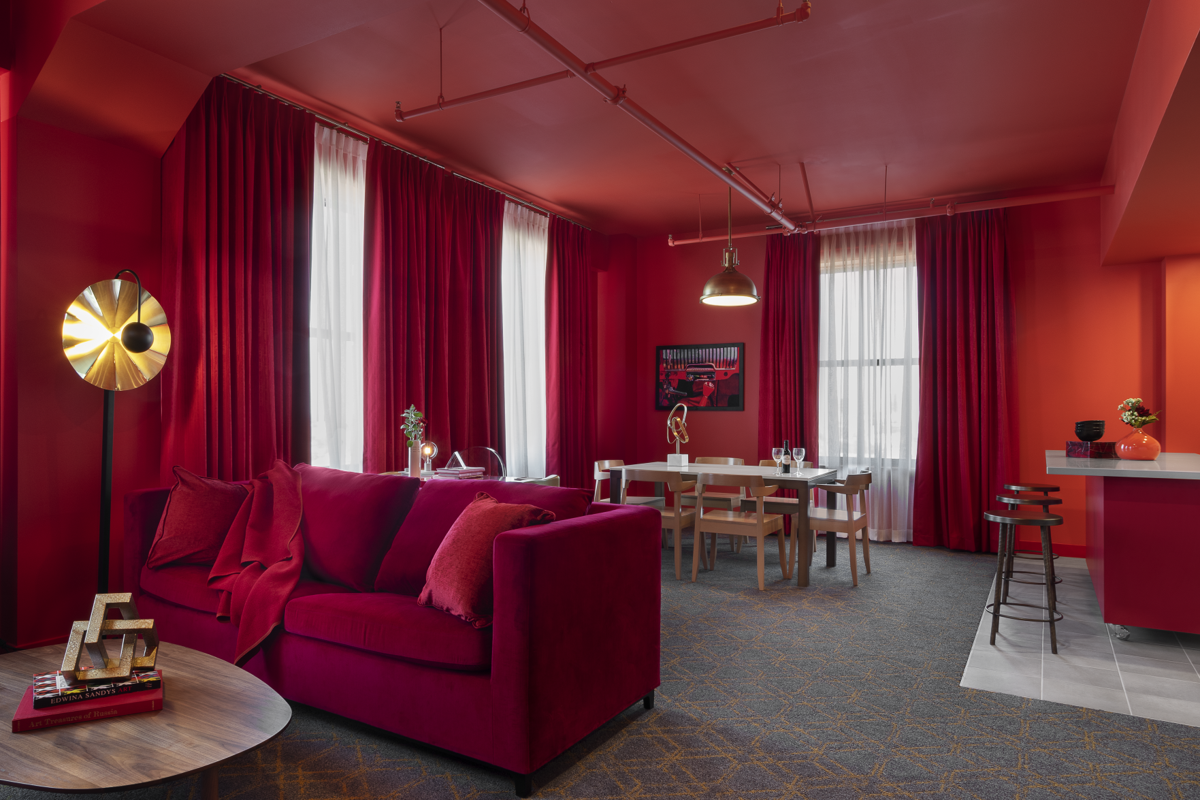 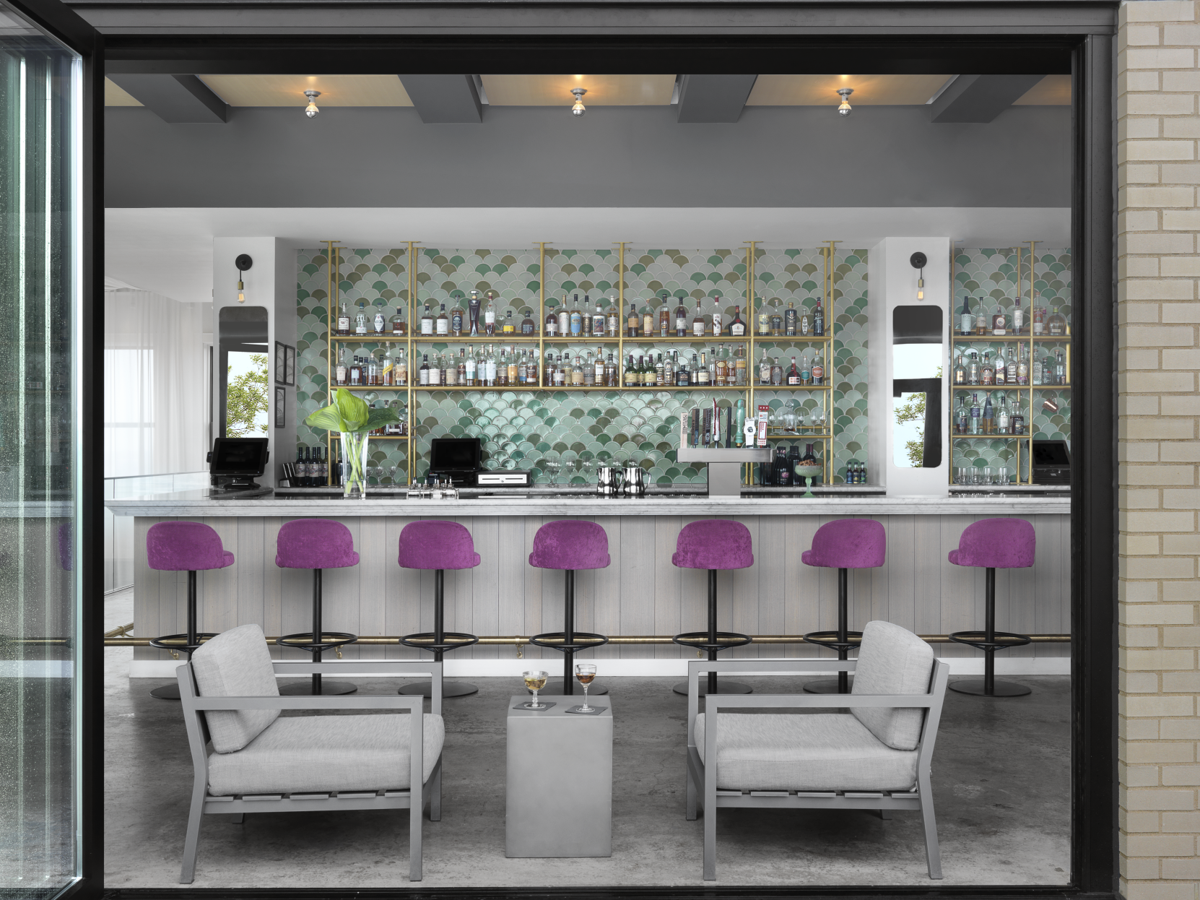