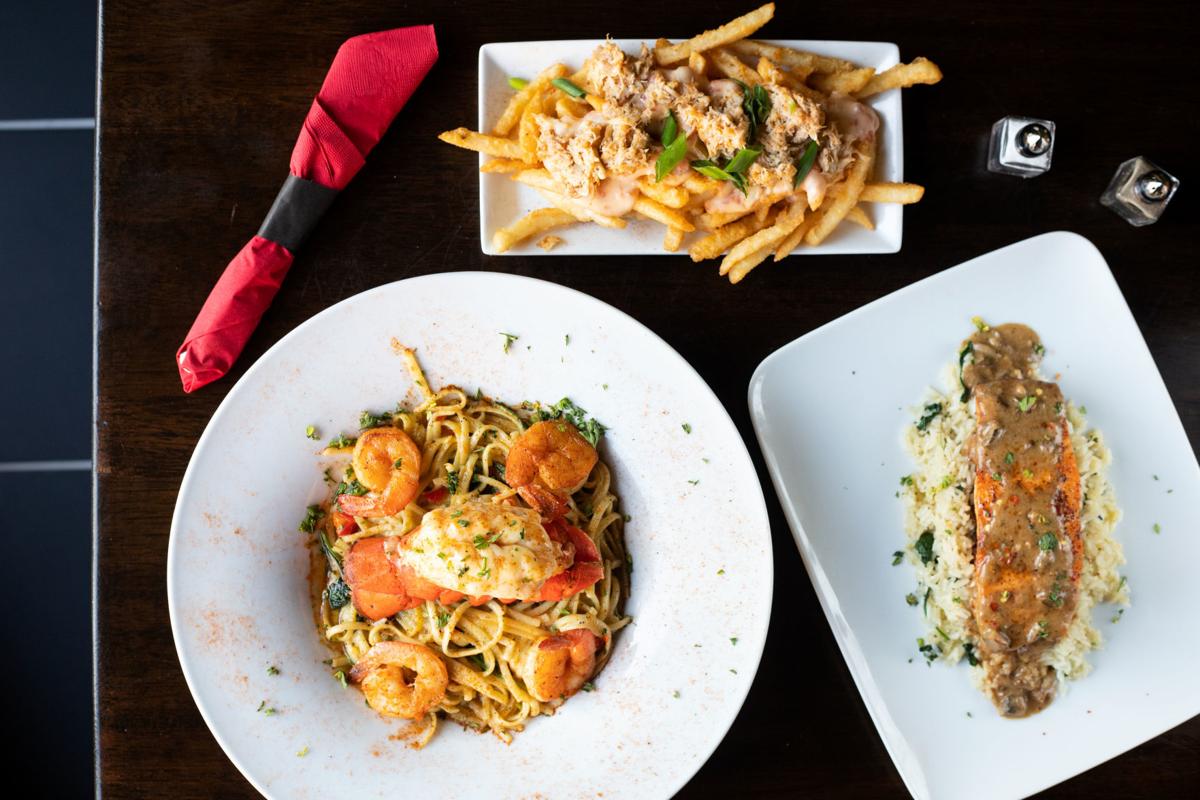 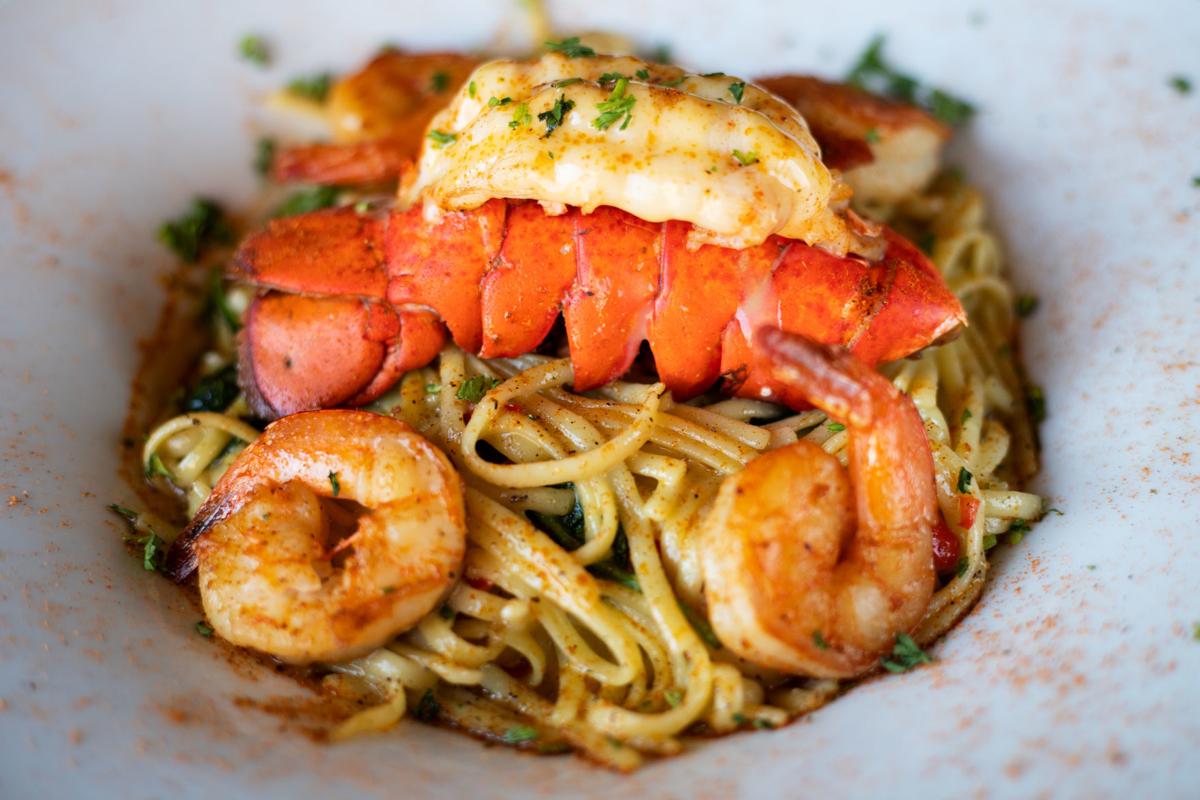 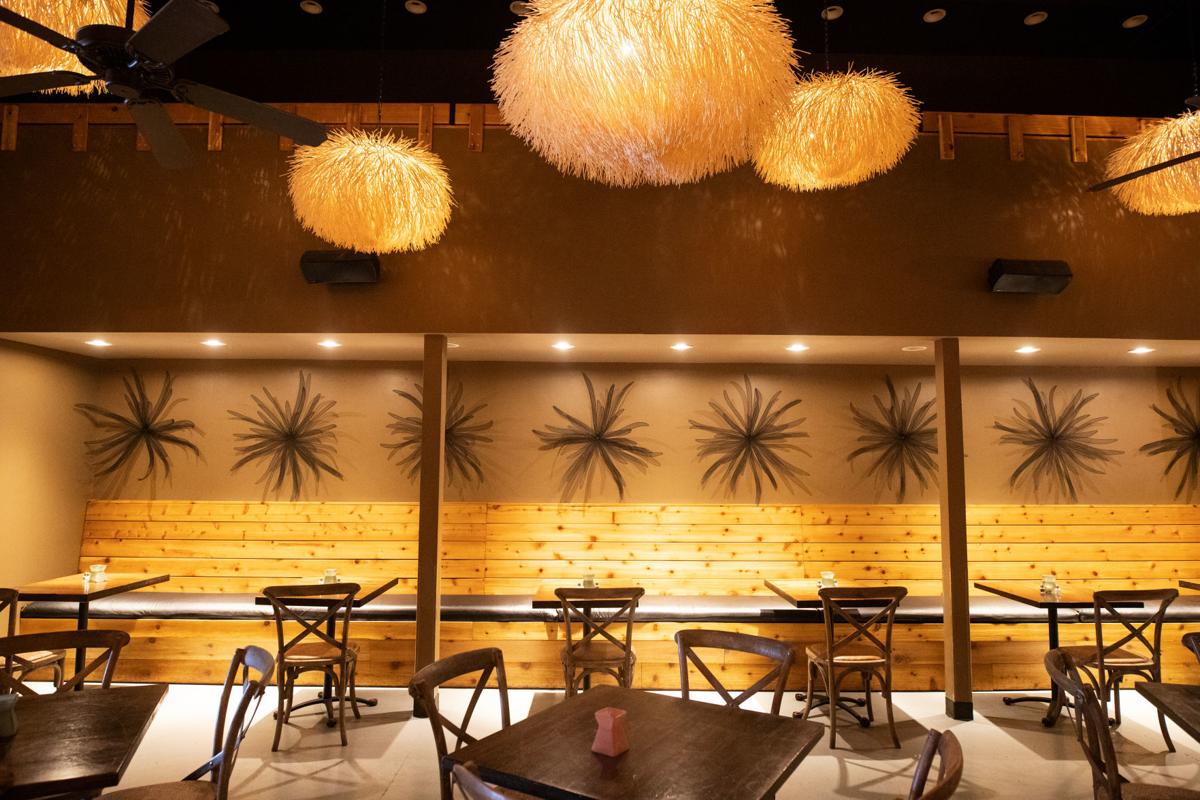 Since late October in downtown St. Louis, Kitchen4am has been plating Southern-inspired seafood and comfort food, offering “fine casual” cuisine at both dinner and Sunday brunch.

The restaurant comes from executive chef and owner Jason Jackson, an Atlanta-born, Chicago-raised graduate of the latter city’s Institute of Culinary Arts at Robert Morris University Illinois. Jackson moved to the metro area in 2016 and served as an operating partner of a Firehouse Subs franchise in St. Charles before starting his own catering company, Kitchen4am Xquisite Eatz & Catering, in 2018.

“A lot of our preparation, like our marinades, sous vide and brining processes, all start at 4 a.m.,” says Jackson, explaining the origin of the restaurant’s name. After starting an Instagram account for his company, he quickly gained a following while continuing to provide corporate catering, parties and in-home private dining services.

With Kitchen4am, Jackson hopes to offer a venue for his followers to enjoy his gourmet cooking. The eatery fills the space previously occupied by Bernie Lee’s Hiro Asian Kitchen, seating roughly 78. Jackson credits Lee for helping him get the space, which coincided with Lee’s move to Clayton to open Akar.

According to Jackson, the turnkey space required little to get running – and it even maintains some of Lee’s former décor. Certain new personal touches complement the interior, including a green photo wall for the entrance lobby, newly painted accent walls and floors, reupholstery for the booths, and dining area art by the late American rapper Nipsey Hussle.

The dinner menu begins with small bites, including Cajun Thai duck wings and crab fries with seasoned fries, Cajun queso, Old Bay Seasoning and crab. Salad options include a fall salad with an apple medley, candied pecans, cranberry and feta on a bed of mixed greens, dressed with a raspberry vinaigrette.

“We like to think that we provide a different style of food that’s hard to find in St. Louis,” Jackson says. “It’s exquisite Cajun comfort food in a very family-oriented place.”

As another highlight from the menu, the honey whiskey chicken includes corn and garlic mashed potatoes; the recipe for the barbecue sauce originated with Jackson’s late father, in whose honor Jackson soon plans to introduce an entrée: the AO rib-eye.

Jackson intends to offer specialty craft cocktails, a lengthy wine list and draft beer on his future menus. Sunday brunch features specialties like shrimp and grits, as well as chicken and waffles.

At most any time either long before or long after 4 a.m., in short, Jackson’s new restaurant should make a splendid place to visit before enjoying any of the theatrical productions now joining the most memorable performances of the past year.

“This is a place where people from all backgrounds can feel welcome,” Jackson says. “You can get great food and just be in a very social but calming environment.”