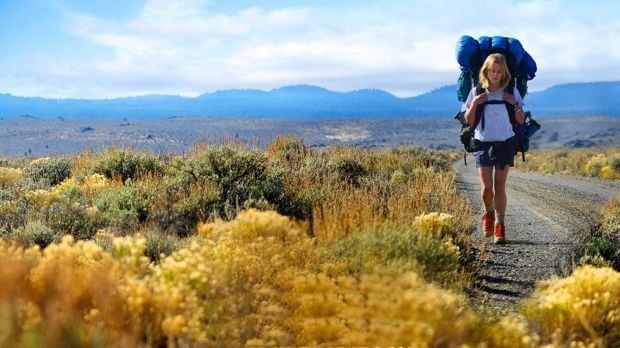 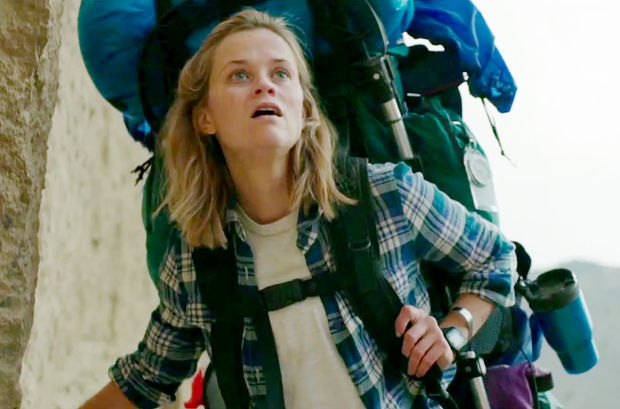 Certainly, this film is not a new concept: the genre of lone, lost, pre-midlife-crisis adult turning to nature for answers. Into the Wild, Grizzly Man and 127 Hours all address the issue of man's place in nature, the key word being 'man.' Here, we look at the concept from the other side of the genre coin.

Cheryl (Reese Witherspoon) is lost. After the death of her treasured mother Bobbi (Laura Dern), Cheryl has collapsed. She has destroyed her marriage, her body and her self respect. That's when she turns to the 1,000-plus-mile Pacific Crest Trail. The hike is filled with challenges and characters Cheryl is under-prepared to tackle, but more often than not, people end up surprising her for the better.

Honestly, I don't consider myself a huge fan of this type of movie. I've never responded to the drastic soul-searching need to commune with nature. That being said, I thought this film was charming. There's a subtlety to the direction that makes the story relatable. The real cherry here, however, is Witherspoon. She is so far from the polished preppy characters of her past, it's amazing. She doesn't deliberately pull a 180 just for the sake of breaking type; she's just real, and she's a pleasure. It's a 7.