Nearly half a century ago, two young artists envisioned what theater could mean to young people. Zaro Weil, who was studying theater at Webster University in Webster Groves, and Lynn Rubright, a middle school teacher in Kirkwood, shared a common interest in creative drama, which they learned while meeting at an improvisational theater workshop.

Rubright invited Weil for weekly visits to her classes, where the artist engaged curious children in movement, improvisation, music and drama. Inspired by the enthusiastic response of the students, in 1973 Rubright and Weil began Metro Theater Circus, a professional touring theater for young people. Carol North and Nicholas Kryah also were vital leaders who were instrumental in the formative years of the troupe.

The diverse group of artists who composed Metro Theater Circus – which became Metro Theater Company in 1992 – forged a blend of drama, music, storytelling and dance. Eventually, MTC was invited to bring its performances to schools, where students could enjoy its lively brand of creativity.

In the last half a century, MTC has produced dozens of annual productions, including many original works, for audiences in nearly every state, as well as Canada, Italy, Japan and Taiwan. The company, now housed at 3311 Washington Ave. in St. Louis’ Grand Center Arts District, tours extensively throughout the metro area, as well as outlying communities in Missouri and southern Illinois.

MTC has achieved numerous, significant accomplishments in its 50-year history, including performances at the Kennedy Center for the Performing Arts in Washington, D.C., and being named the Best New Children’s Theatre by the Children’s Theatre Association of America in 1974. According to MTC’s website, it was the only American company invited to perform at the Stregagatto Festival in Italy in 1994, and in 2002 was invited to the Taipei, Taiwan International Festival for Children in the Arts.

The troupe’s 50th anniversary will be celebrated during its 2022-23 season, which opened Sept. 9 with “Bold, Brave, Curious!,” written by Mariah L. Richardson and directed by Kathryn Bentley, which toured area schools.

The world premiere show, which is commissioned by MTC, “illuminates the power of friendship and empowers young people to examine bias, community and individual power,” according to the MTC season news release. It’s billed as “the next chapter in …Richardson’s ongoing series about Madeline Delilah, a thoughtful and precocious girl, whose story first appeared…more than 11 years ago with the world premiere of ‘Delilah’s Wish.’” Two, pay-what-you-wish performances will take place Oct. 15 and 16 at the Kranzberg Arts Foundation’s Sun Theatre.

“Seedfolks,” adapted from the book by Newbery Medal-winning author Paul Fleischman, will be performed Oct. 9 through Nov. 6 at The Grandel. It’s the story of how a “vacant lot in a broken neighborhood in the middle of the city can become a lot of things … blooming into something bigger, better and beyond all expectations.” MTC says that “Seedfolks” is best enjoyed by ages 8 and up.

Another world premiere, “Spells of the Sea,” will be on tap from Feb. 5 through March 5 at The Grandel. Featuring a book, music and lyrics by Guinevere Govea, with additional creative contributions by Anna Amelia Rose Pickett, and directed by the MTC’s artistic director, Julia Flood, “Spells of the Sea” tells the adventures of a 15-year-old fisherwoman named Finley and a grumpy lighthouse keeper who together traverse the ocean searching for an “elixir of life” to save Finley’s father from a mysterious illness. It’s based on a podcast created by Govea during the COVID-19 pandemic.

The season concludes with performances of “Go, Dog, Go!” from April 2 to 16 at The Big Top, the multiuse arts facility operated by the Kranzberg Arts Foundation. A revival of one of MTC’s biggest hits in the last 20 years, “Go, Dog, Go!” is “a magical world where dogs are king.” The production is an homage of sorts to Metro Theater Company’s beginning as Metro Theater Circus – a theatrical version of the children’s book by P.D. Eastman, which was adapted by Allison Gregory and Steven Dietz. It is recommended for audiences ages 3 and up.

Flood knows well the impact that MTC has had through the years. “Last month,” she says, “within a 24-hour span, two different adults approached me to share a memory of seeing Metro Theater Company perform at their school when they were growing up in St. Louis … The joy of their very first experience with live performing arts was palpable and evident still.”

Joe Gfaller, the troupe’s managing director, sees the science, as well as the art, in the way that MTC has affected its audiences through the years. “Recent [National Endowment for the Arts] studies have shown that experiences with theater help children understand difference, build empathy, cultivate creativity and, perhaps most importantly, nurture hope,” Gfaller says.

The pair jointly describe this season as one of joy: “It is a season that looks to the future as it honors the past, filled with the wonder, excitement and imagination of the young people who inspired it.”

Rae Marcel has opened a new studio in Edwardsville, where she captures everyday people in editorial style as they honor life’s milestones.

“In the last couple of years, I’ve been thinking quite a bit about the way in which stories serve us as everyday folks,” B.J. Parker reflects ahead of the exhibition, as he prepares large-scale narrative paintings for viewing.

Repertory Theatre opens its 2022-23 season with ‘House of Joy’

The Repertory Theatre of St. Louis opens its 2022-23 season with a new version of playwright Madhuri Shekar’s 2019 drama, “House of Joy,” a production visually stunning in its technical execution. 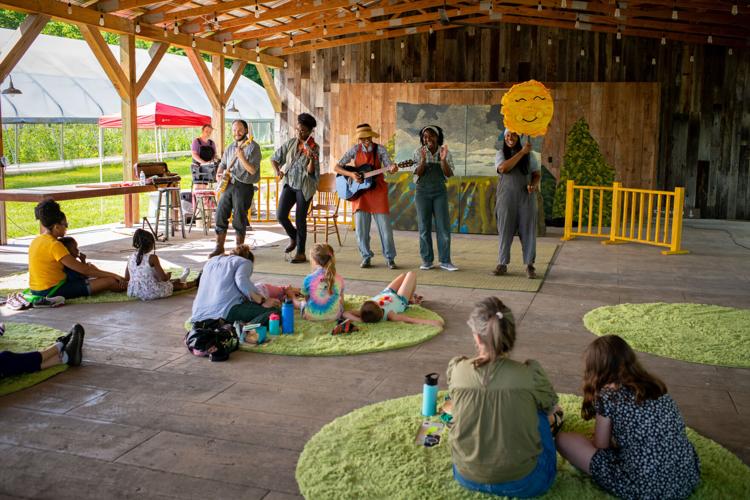 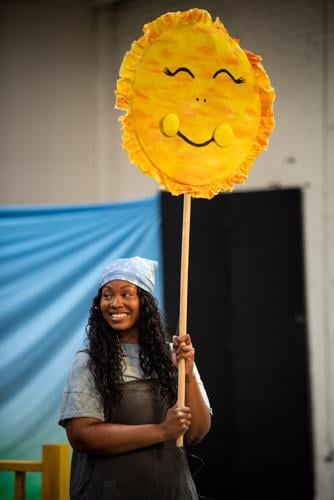 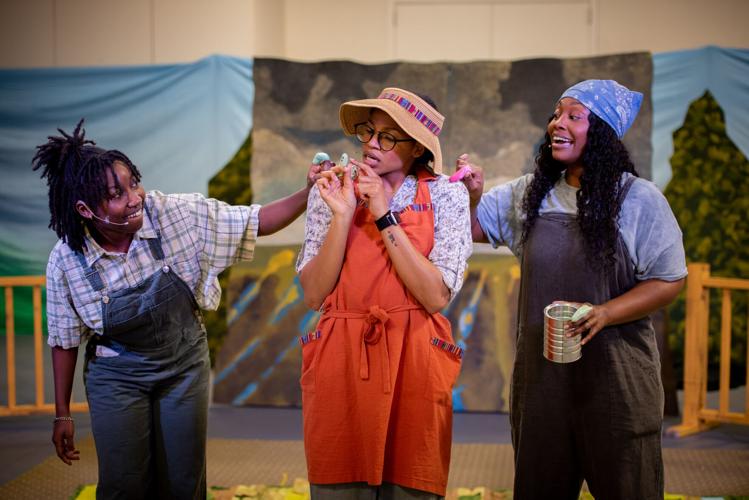