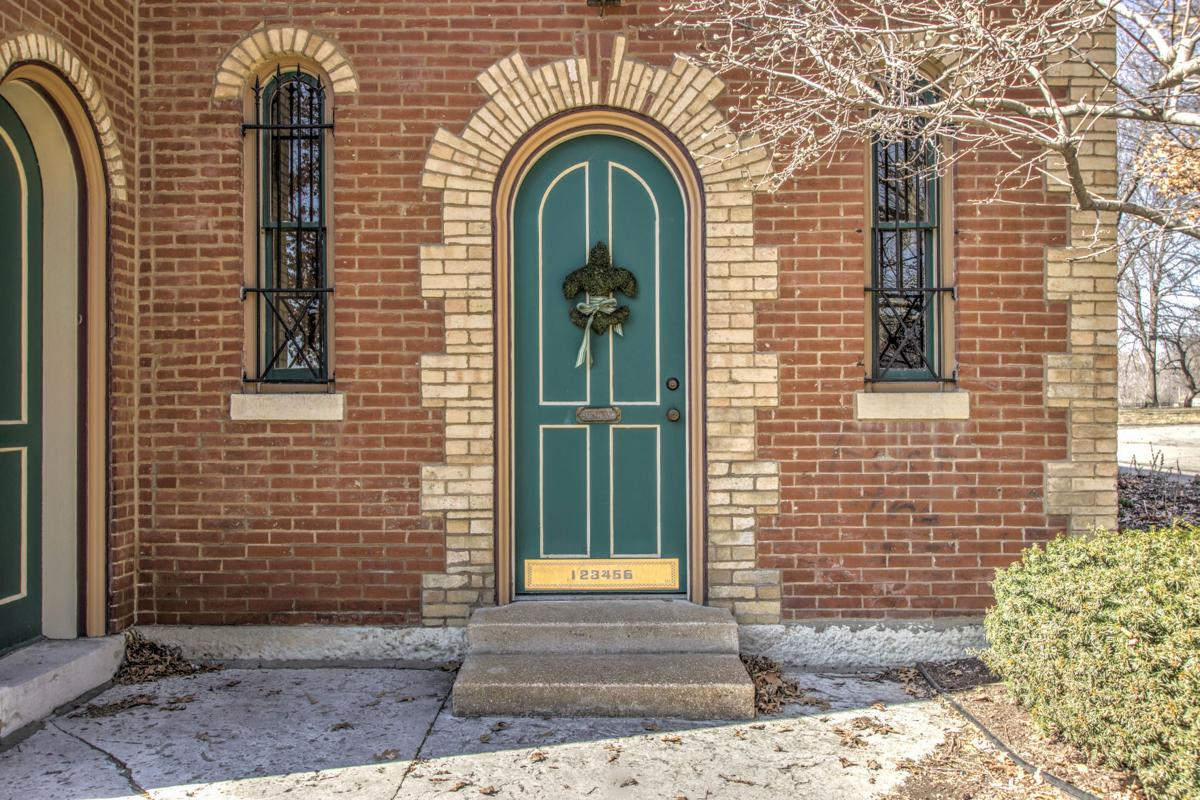 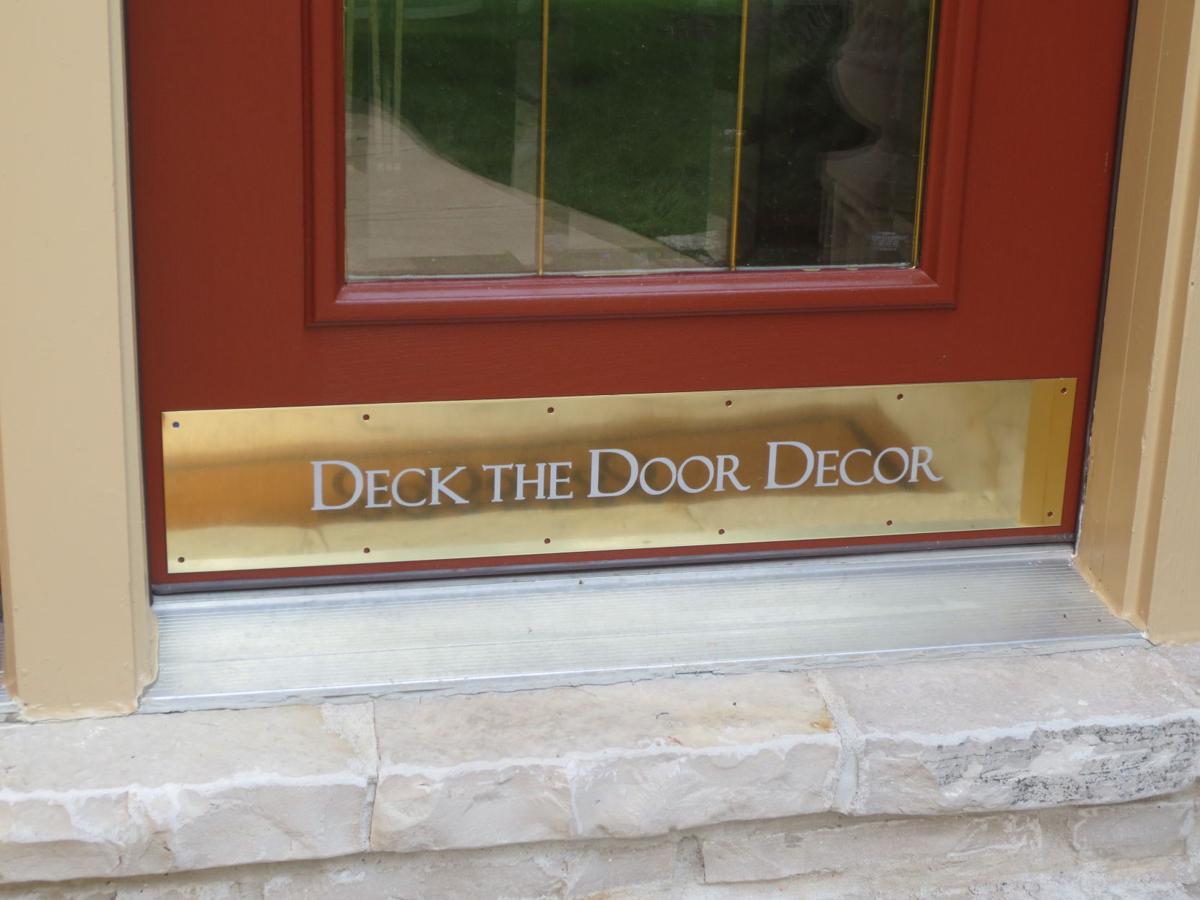 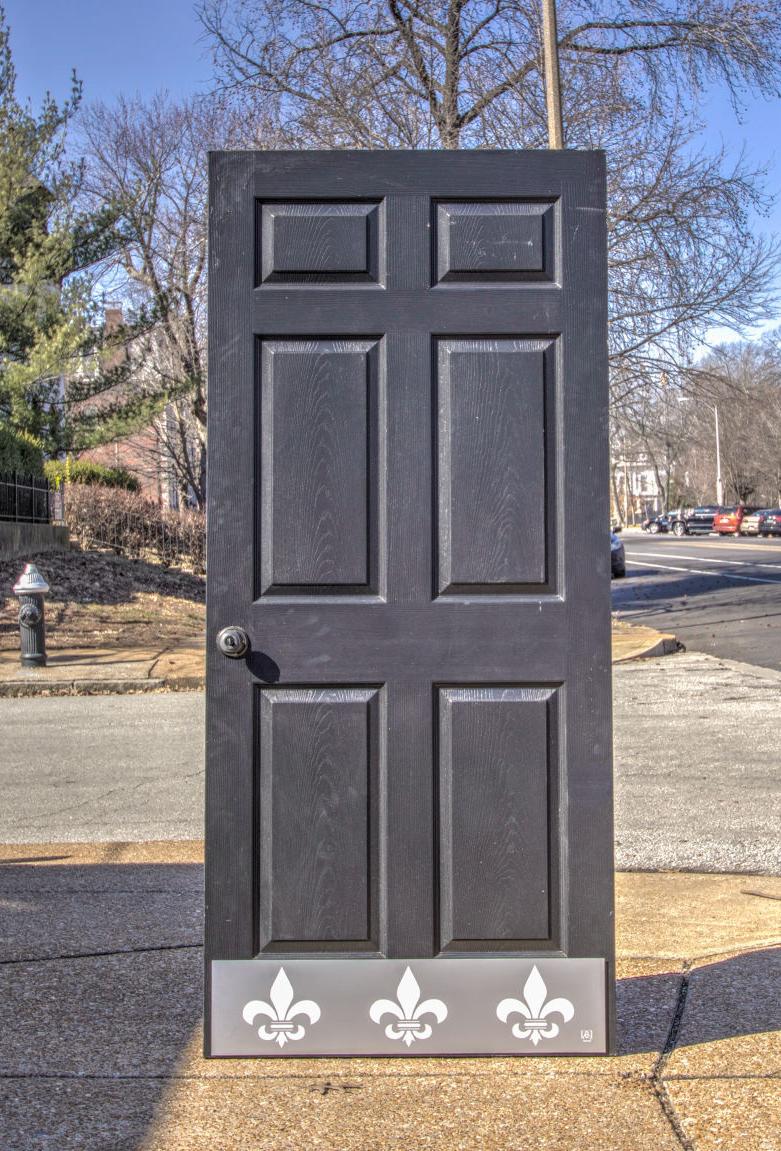 It all started as a fluke. That’s what Tucker Hiegel says about Deck the Door Decor, the business he operates with his mother, Laurie Hiegel. The company provides custom-designed, monogrammed and stylish kick plates – the protective metal pieces mounted at the bottom of a wood or metal door.

As Tucker tells it, his mother was always “wildly creative,” but while recovering from a stroke in 2012, she had an idea. “During her recovery, she was looking for ways to stay busy and was naturally inclined to do something creative,” he says. “She was sitting on the front porch having a glass of wine when this idea of painting her door’s kick plate hit her. She hand-painted the kick plate on the front door with a unique crosshatch design using some leftover paint we had lying around.” Soon, Laurie had created designs for her garage and back-door kick plates, too, and before long, visitors noticed.

Laurie recalls how a friend motivated her to turn her new hobby into a business. “A dear friend from Arkansas who had several successful businesses over the past 20 years was very impressed by my idea,” she says. “She had pretty much seen everything in the marketplace, but nothing like this. She loved the idea that they could be customized to any style, color or material and personalized to be one of a kind. She has been a great friend, mentor and a source of unending support.”

Laurie had been a survivor even before her stroke. Having divorced in 2007 with three sons to put through high school and college and no job or benefits, Laurie found work as a chef for three years and then as a companion for the acutely ill. She struggled to keep her home and succeeded, but the hemorrhagic bleed on both sides of her brain caused her to give up full-time work outside the home.

“To meet me, you would never know I had a stroke,” she says. “And the aftereffects are not visible. But things are different. I’m different, and I’m aware of the deficits that frustrate me so often. But I’m also very grateful – it could have been a lot worse.”

Following her entrepreneurial friend’s advice, Laurie decided to take the kick-plate concept to the next level, asking Tucker to work alongside her, and Deck the Door Decor was established in 2013. “Through much trial and error, and going to some obscure and unusual places in trying to figure out how and where to get a durable, high-end product made on a large scale, we found our way to some of Missouri’s finest manufacturers,” Tucker says. He is proud of the St. Louis-manufactured product and has taken the lead in the business with Laurie’s blessing.

Most of the kick plates are made of metals sourced in the U.S., although other metals, such as textured copper, are available. Plates that are painted also are coated with an ultraviolet-ray protectant to decrease fading and increase durability. Both permanent and seasonal temporary or magnetic plates are available, and Tucker notes that people use them for interior doors as well as exterior doors. Kick plates with designs and the words “laundry” or “bath” add flair to interior décor.

Laurie still designs most of the kick plates, a part of the business that Tucker is also increasingly involved in. “Mom sees things differently and has an uncanny way of seeing or feeling the texture of some random thing and suggesting that we make a plate like that,” he says. “A lot of ideas come from textile, and whatever is trending in that [area]. Once we come up with a new design, I carry it out to completion.”

Among the company’s most popular designs are the monogrammed acanthus, a single initial surrounded by decorative leaves and vines; the chevron, a bold geometric design available in a variety of colors; and personalized home address kick plates, which feature a choice of fonts and colors. Customers can order online at deckthedoordecor.com or through The Initial Design, a monogram boutique in Webster Groves. Deck the Door Decor donates $5 for every sale made to Habitat for Humanity.

Laurie’s creativity continues to be the source of new concepts. “We’re always contemplating new and unique accessories to tie in with our plates,” Tucker says. “Mom is adamant about creating some embossed designs and organic cutout designs inspired by natural textures and nature motifs, such as tree bark and leaves. Coming soon!”